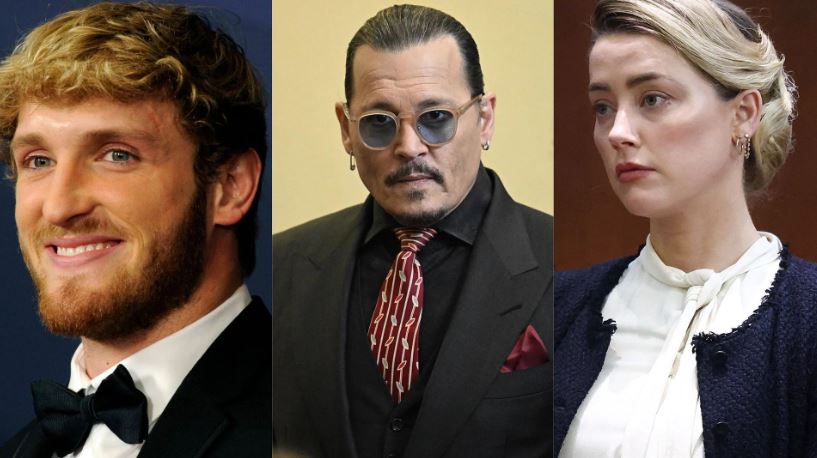 YouTuber Logan Paul has roasted controversial Hollywood actress Amber Heard for shi**ing on Johnny Depp’s bed! This roasting comes as the defamation trial against Heard by her ex-husband Depp is going viral on the internet!

Logan Paul was talking to Mike Majlak and George Janko on his podcast “Impaulsive”. While they were waiting for rapper Snoop Dogg to come on set, the trio started talking about Amber Heard and her antics during her marriage with Johnny Depp. The most bizarre of which was Amber relieving herself on Depp’s bed after a fight.

Amber Heard has been roasted relentlessly on social media recently after the defamation trial was live-streamed on several platforms. Almost the whole world has rallied against Amber Heard as she abused Johnny Depp during the time they were married. But despite being the abuser herself, Amber published an op-ed in the Washington Post in 2018. The write-up piece portrayed Amber Heard as the victim of domestic violence. This tarnished Depp’s image to the public and in turn, cost Johnny Depp roles in movies.

Due to the damage caused by the article, Johnny Depp sued Amber Heard for $50 million on defamation charges. The shocking piece of evidence which has been dubbed “poop-gate” by fans was revealed during the trial. Johnny Depp testified with photo evidence to the court about the poop gate.

The hilarity of the situation is what prompted Logan Paul to call Amber Head “Mrs doodo bed”!