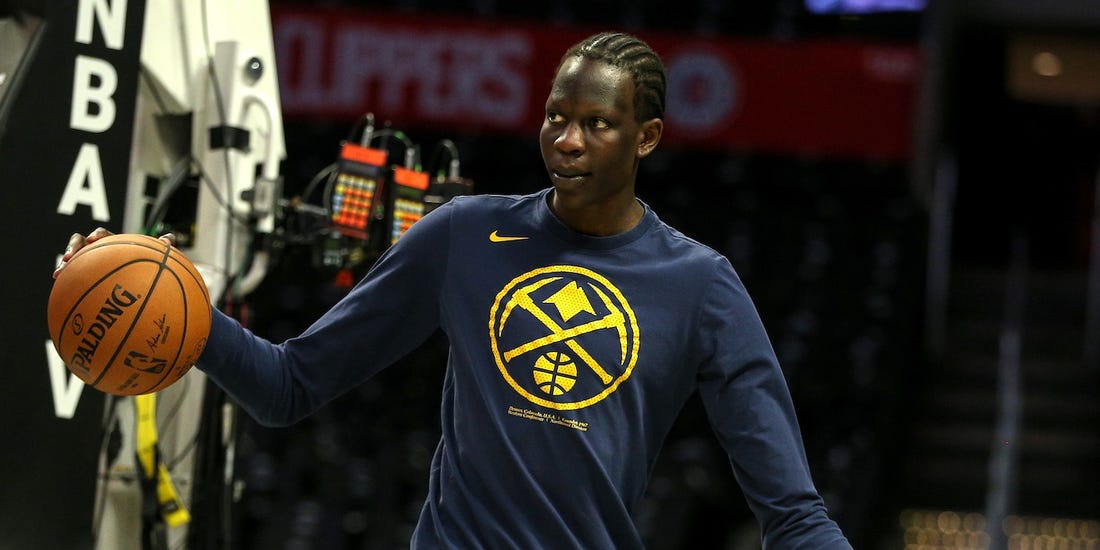 The 7’2 ft rookie player and son of Manute Bol, Bol Bol hasn’t been part of any regular NBA season until Wednesday’s debut with the resumption of NBA bubble.

The 20 years old youngster put up a show out their in the NBA bubble against the Washington Wizards on Wednesday’s scrimmage. He scored 16 points, grabbed 10 rebounds and created 6 blocks. Bol was visually pleasing through out the match where the Denvers won by scoring 89 against 82.

Earlier, was drafted by the Miami Heats but then got traded to the Nuggets. He has had injuries but has now moved past it. The surprising fact was that his performance for the day led NBA to conduct a ‘random’ drug test on him.

While many fans were disappointed about the randomness of the case, they demanded to remove the ‘random’ part out of such sudden drug tests.