Hockenheim Calls off 2020 Formula One Race 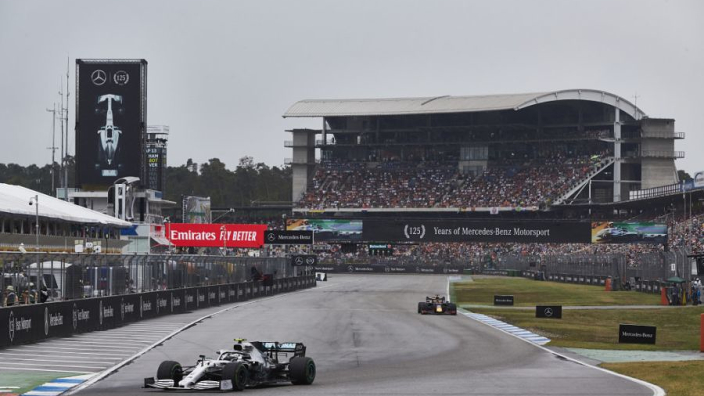 In a sudden turn of events, Hockenheim corroborates that it won’t host an F1 race in 2020.

After a lot of ambiguities, this has appeared in media. With Formula One changing its schedule post lockdown, it was expected that F1 will return to the Badem-Wurttemburg facility but on Wednesday, the officials confirmed that because of the COVID 19 situation, they will not be able to host the race this year.

“We can confirm that in 2020 no Formula 1 race will take place at the Hockenheimring and we are also aware that Liberty Media has been in contact with the Nürburgring”, Jorn Teske, the general manager of Hockenheimring informed everyone on Wednesday.

Jorn Teske also pointed out the fact that it is not possible for them to host the race because every state in Germany is having different types of restrictions and because of these restrictions, they couldn’t agree to the terms with F1. He also has the financial advantages and disadvantages of his mind. He said, “We have regularly stated that we are unable to stage a race if there are any financial disadvantages. In the present crisis during which we have lost millions due to Corona, it would be irresponsible towards the company and our employees to do anything else”. He went on to say, “We have made clear that we also need to adhere to the Corona regulations of the state of Baden-Wurttemberg and therefore we cannot stage an event with spectators. This is not a federal-wide ruling and this could be a major reason for any decision taken by Formula One.”

He also clearly said that he doesn’t want to risk anyone’s life and the health of Germans are of utmost importance. Thus, he believes, this is not the time to host an F1 race as he said, “During the last weeks we have remained flexible and have engaged with Formula 1 but in the end, it was clear that it was not viable as the requirements for a race within Germany are different [rules of different states]. For the Hockenheimring the most important thing is to ensure that we can emerge from the crisis in a stable condition.”

Thus, we all hope the Formula One race will be back in the Badem-Wurttemburg facility and till then Germany or the entire world is pandemic free.

Rene Gracie announces return to tracks, Plans on sponsoring with Only Fans money
Lewis Hamilton forced to change his stand in regard to vaccine conspiracy