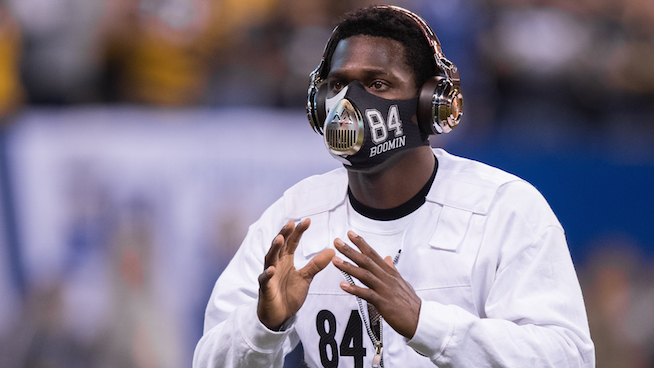 Since the mid of March, the novel Coronavirus is raging all over the world and still groping the country like never before. Less than three weeks before the start of the 2020 season, the NFL announced on Sunday that it is investigating an unexpected rise of positive cases of Covid-19, so NFL has started to investigate false positive Covid-19 test results that have all been traced to the same laboratory in New Jersey.

It has reportedly impacted at least ten teams, forcing them to cancel or postpone practice sessions. The NFL gave a statement, “Saturday’s daily COVID testing returned several positive tests from each of the clubs serviced by the same laboratory in New Jersey.”

Matthew Stafford to suffer a lot for the false Covid-19 result, his wife vents on the NFL

The authority further added, “We are working with our testing partner, BioReference, to investigate these results, while the clubs work to confirm or rule out the positive tests. Clubs are taking immediate precautionary measures as outlined in the NFL-NFLPA’s health and safety protocols to include contact tracing, isolation of individuals and temporarily adjusting the schedule, where appropriate. The other laboratories used for NFL testing have not had similar results.”

Previously, NFL-NFLPA created a protocol which requires that players or staff who have been infected with the coronavirus, or who have come into close contact with those who have tested positive, are placed on the NFL’s reserve/Covid-19 list, and not allowed to resume team activities until medically cleared.

As of Friday, only four of the nearly 3,000 players who have participated in training camps throughout the country were on the Covid-19 list. Any player who tests positive, even if it is determined to be a false positive, must have two negative test results before being allowed to participate in team activities or practice sessions.

But surprisingly, many of them were tested positive falsely by some labs. The Chicago Bears said on Sunday that nine of its players and staff members were confirmed to be false positives after additional testing was done. After all these incidents, it was surely a wise decision for the NFL to investigate false positive Covid-19 test results.

Buffalo Bills General Manager Brandon Beane said in a press conference on Sunday that several players would be missing from practice as the team continues to investigate the test results.

So far throughout training camp, NFL teams have managed to avoid the outbreaks and have effectively used testing and self-isolation protocols to mitigate the spread. But the false test is surely a disgrace to all the previously-taken measures!