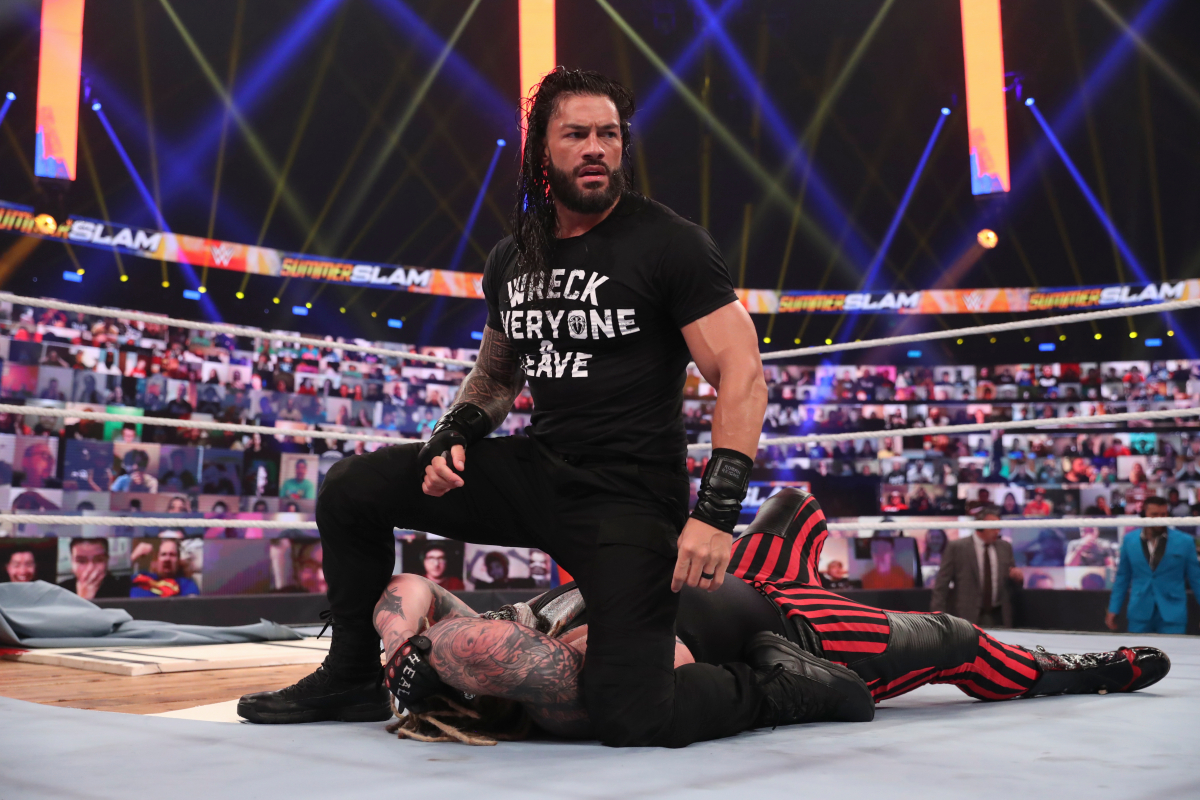 WWE’s second biggest event of the year held on Sunday, with Roman Reigns making  his long-awaited return and like SummerSlam’s tagline suggested, ‘no one saw it coming.’

This was the first pay-per-view to be held away from the Performance Center since the COVID-19 pandemic forced social distancing measures – holding at the ‘ThunderDome’ instead – although ‘real’ fans are still kept away, with virtual fans and a lot of pyrotechnics involved instead.

The Universal Championship title match was one of the main events on the card and was highly anticipated, with ‘The Fiend’ Bray Wyatt challenging the champion Braun Strowman in a falls count anywhere match.

Both men gave their all and batted across the arena, with near falls coming at different points until Strowman ripped up the ring mat to expose the wooden canvas.

This plan, however, backfired, as The Fiend performed two Sister Abigail’s on the ‘Monster among Men’ and this was enough for the three-count to crown The Fiend as the new Universal Champion.

He barely had time to celebrate, however, as he got blindsided by the returning Roman Reigns who ended his five month absentia by giving both the newly crowned and former champion a severe beatdown before proceeding to lift the Universal title in the air.

The Big Dog had been scheduled to main event Wrestlemania in April but excluded himself due to his susceptibility to a COVID-19 infection given his history with leukemia.

His spot was taken by Braun Strowman, who subsequently claimed the Universal title from Goldberg in under two minutes and he has successfully defended the title since then.

Given his status as the face of the WWE, fans have anticipated Reigns’ return for a while but the company kept mum around details surrounding his return, with even those backstage not knowing about his planned appearance at SummerSlam.

Speaking on the beatdown he received, Bray Wyatt posted a direct response on Twitter with the words ‘it never forgets’ suggesting that The Fiend would attempt a payback in the coming days.

It goes without saying that WWE would try to put Reigns in the title picture as soon as possible and a likely scenario could see him highlighting the fact that he did not get his shot at Wrestemania to create a triangle between him, The Fiend and Braun Strowman.