Why NFL Is the Most Popular Sport in America? 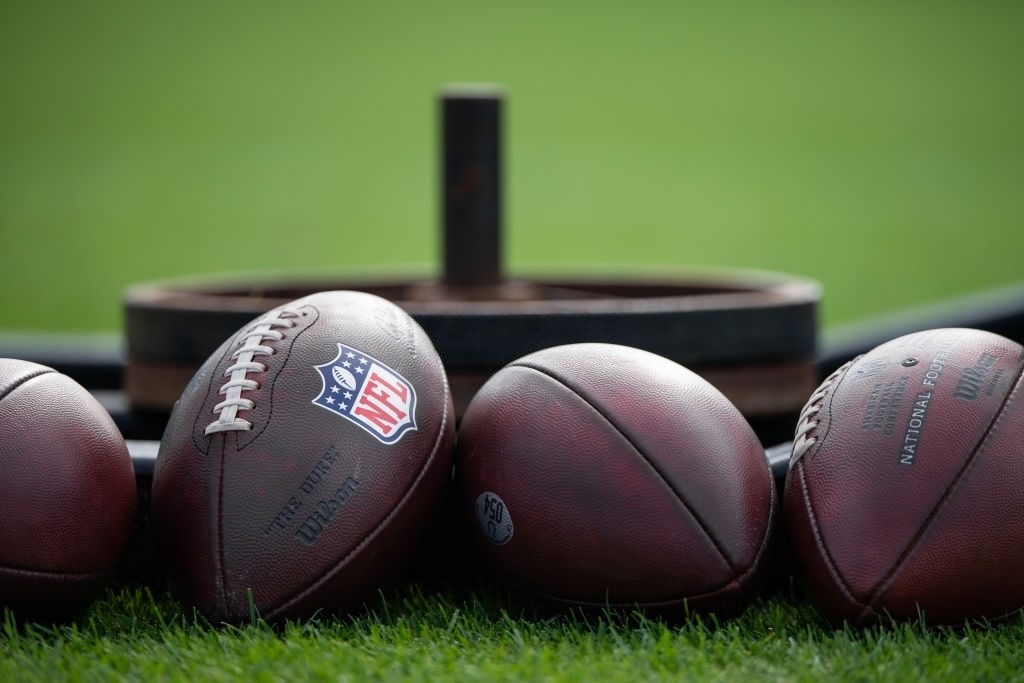 When it comes to sports, whether it is about playing or watching, Americans are very passionate. There might have been many clashes and differences among the people in the USA, but sports is the only thing that brings the Americans together, and the NFL is at the top of the list.

The drastic technological advancement over the past few decades has increased the NFL television figures. Besides, the availability of smartphones made football more accessible to fans. As a result, the NFL has become the most popular sport in America. Furthermore, it is a great source of entertainment for all people regardless of profession and age. That being said, unquestionably the NFL is America’s game.

How did the NFL become so popular in America? 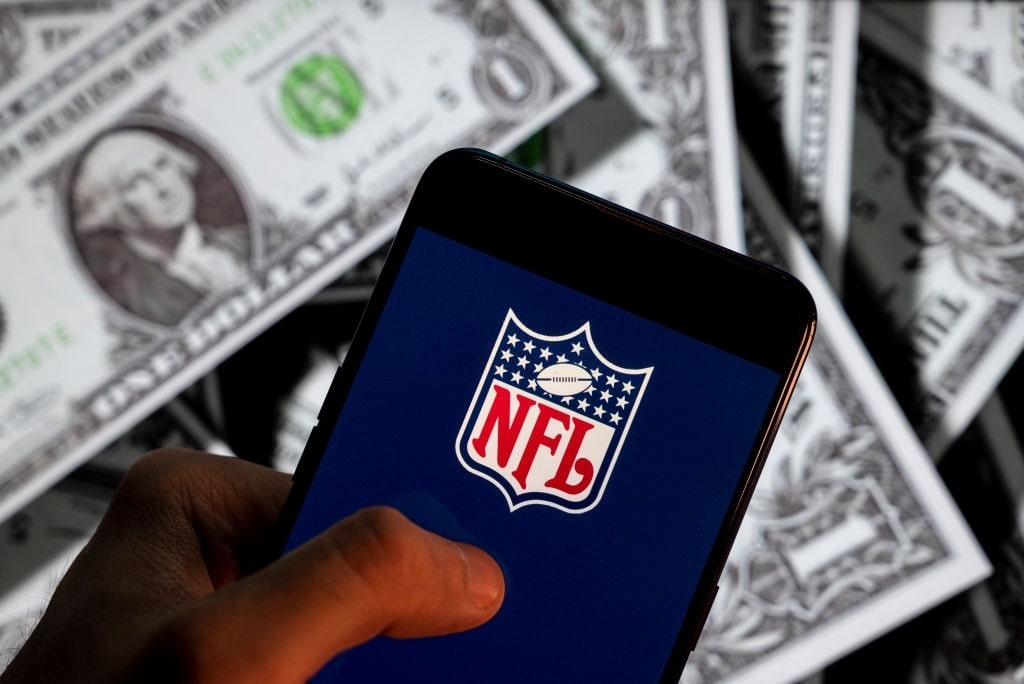 The NFL has a long history since its creation in the 1800s. But the creator could never have predicted its massive success. Currently, the NFL is a $9 billion industry, while college football is worth approximately $6 billion. Best college football players gradually promoted to the NFL. Therefore, they put more value in the league as the best of the best can join the NFL.

Pro football is originally a combination of two other sports, soccer and rugby. However, football was first introduced at the college level in 1869 and gradually got popular at the college level. Hence, the players and the fans started to take the game seriously, and eventually the NFL was born in 1920.

Since 1920, the NFL got coverage everywhere in the USA, and football fans tend to inherit the love for football from their parents. Fans grow up loving the NFL, and their passion keeps the game alive. Furthermore, the NFL teams also do their part to make this sport popular, as the teams earn equal revenue from the viewership and sponsorship deal. This pushes the organizer to put the quality football team in the league.

At present, all 32 NFL teams equally share approximately 61% of all NFL revenues generated, which includes the merchandising and tickets review.

How many NFL fans are in the US?

It is difficult to determine the exact number of NFL fans in the USA. According to an ESPN pool, about 160 million people are NFL fans in the USA. Moreover, a poll conducted by the Associated Press found that about 49 percent of Americans, which is nearly half of the population, are avid fans of the NFL. 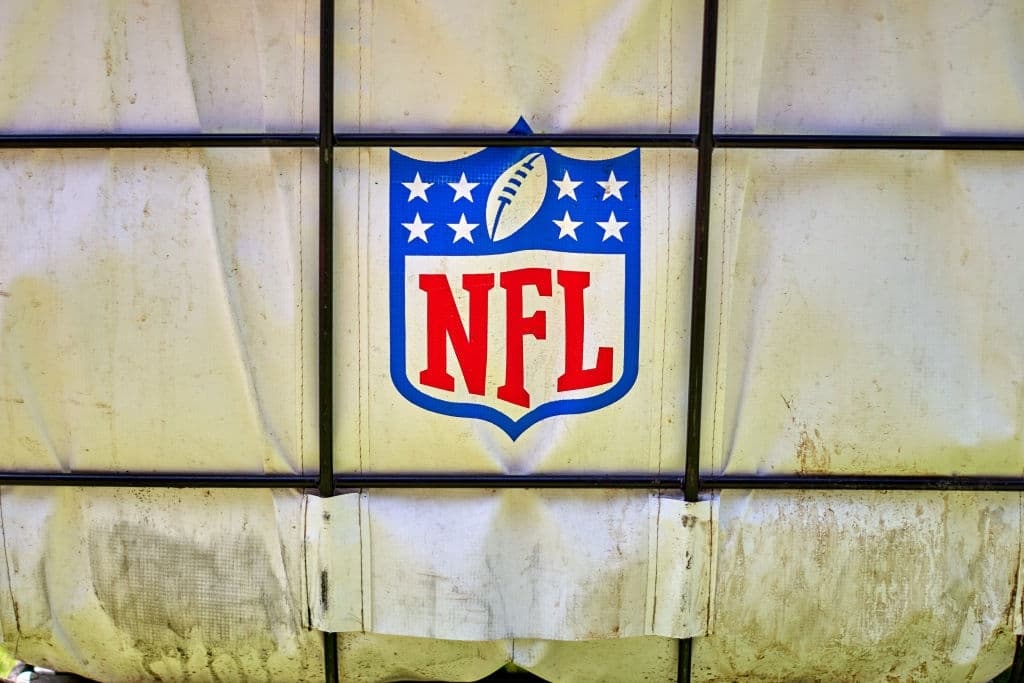 A detail view of a NFL crest logo is seen on a card during a preseason game between the Chicago Bears and the Miami Dolphins. (Photo by Robin Alam/Icon Sportswire via Getty Images)

The NFL is not only popular in the USA but also has popularity worldwide, especially in Europe, Asia, Africa, and Australia. It has 410 million fans worldwide and 39% percent of the NFL fans are located in the USA.

Among all the American football fans in the USA, people aged 50-64 years watch the NFL most. This age group signifies 54% of the total fans. However, 44% of fans fall under the age group of 30-49, and 33% fall in 18-29 years. About 10% of the fans are engaged and play football on the field. However, 17% of NFL fans actively participate in fantasy football.

What percentage of the US population watches the NFL?

As you already know, the NFL is one of the most popular and largest leagues in the USA, and it commands a huge number of followers across the states and generations. In fact, 57% of the US adult population watches the NFL. Although, this number has dropped from 67%. If we go deep, 73% of American men and 55% of American women regularly follow the NFL. Furthermore, the NFL is amongst the top 20 most-watched TV shows in America. 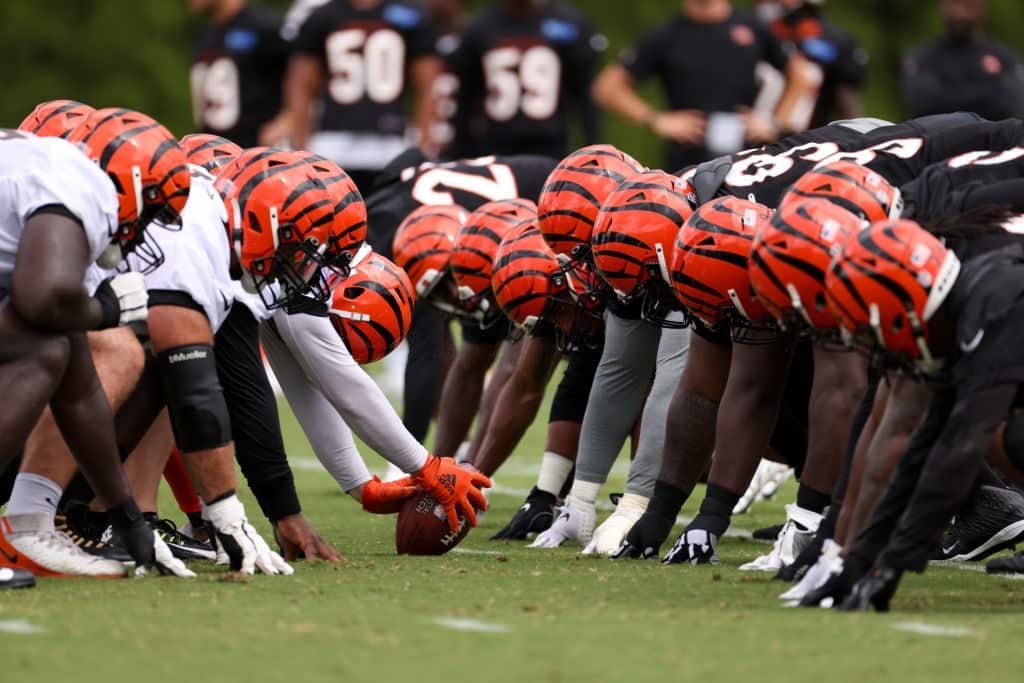 The NFL is undoubtedly the “league that runs TV,” and no other sports leagues are closer to the NFL by the viewership. Hence, the NFL stopped comparing its viewership to other popular sports years ago. But, we have taken a comparative look at the viewership of the NFL and other sports.

What are the most recent NFL’ TV ratings?

The 2021 NFL season is yet to start, and we will be able to provide the overall TV rating after the Super Bowl 2022. So, we have gathered the NFL TV rating for the 2020 season. The average TV rating for the NFL was 15.4, which means, on average, 15.4 million fans in the USA tuned TV to watch NFL games.

How do the fans benefit from the NFL’s popularity?

While most popular sports allow gambling for the fans, the NFL kept the gambling at arm’s length and strictly kept a long distance from betting. But, the league has come a long way on gambling, and it made a sponsorship deal with Caesars Entertainment Corporation as the first ever Official Casino Sponsor of the NFL. However, the deal does not encompass sports betting and only applies to casino gaming.

It is meant that NFL fans, who are associated with casinos, are allowed to participate legally through the live casino games platforms like Caesars, SuperSeven and let the fans make some bucks. So, the legalization of the online casino certainly increases the league’s popularity too. Caesars Entertainment’s 55 million Total Rewards loyalty program members and the league’s 180 million fans will have access to year-round opportunities while enjoying the football on the TV screen.

Which US city is crazy about the NFL?

Statistics show that NFL fans are not always loyal to their home team. Hence, the fans are divided across the 50 US states, and some cities are crazy about the NFL. When it comes to the football craziness, no city can beat Green Bay. The most engaged NFL fans in Green Bay make sure they pack the stand at every game at Lambeau Field. 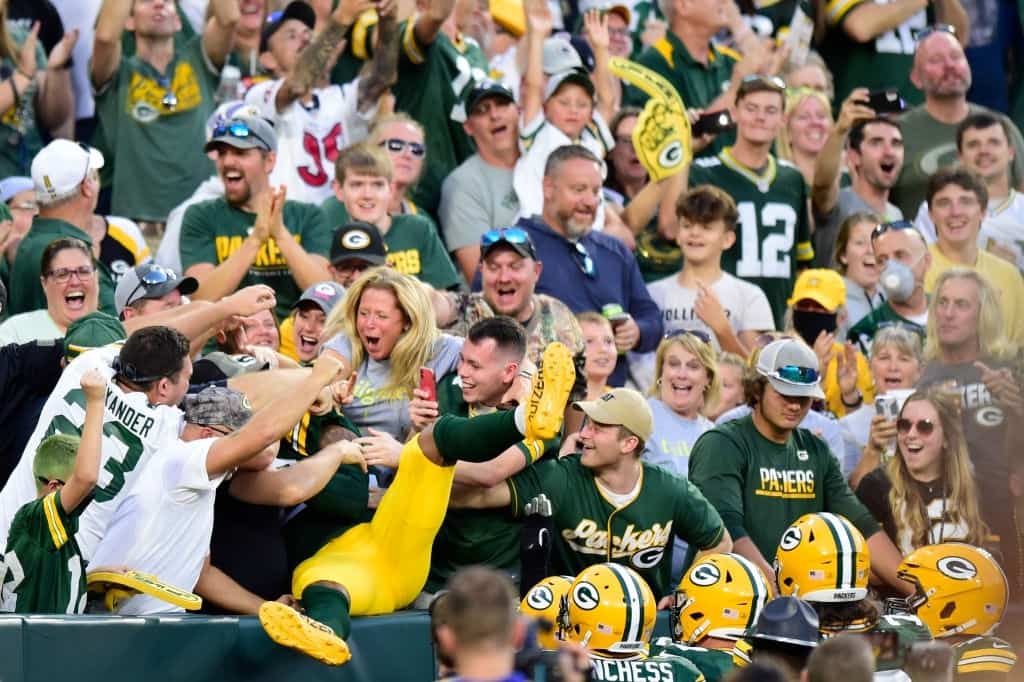 Kylin Hill #32 of the Green Bay Packers celebrates with fans after scoring a touchdown against the Houston Texans in the first half during the preseason game at Lambeau Field on August 14, 2021 in Green Bay, Wisconsin. (Photo by Patrick McDermott/Getty Images)

There are a total of 32 teams that participate in the NFL. Each team can recruit a maximum of 55 players on its roster, and 48 of them are eligible to play and remain active on game days. All these 32 teams are divided into two conferences- the American Football Conference (AFC) and the National Football Conference (NFC). Further, the 16 teams from each conference are split into four-divisions East, North, South, and West. Each of the four divisions contains four teams.