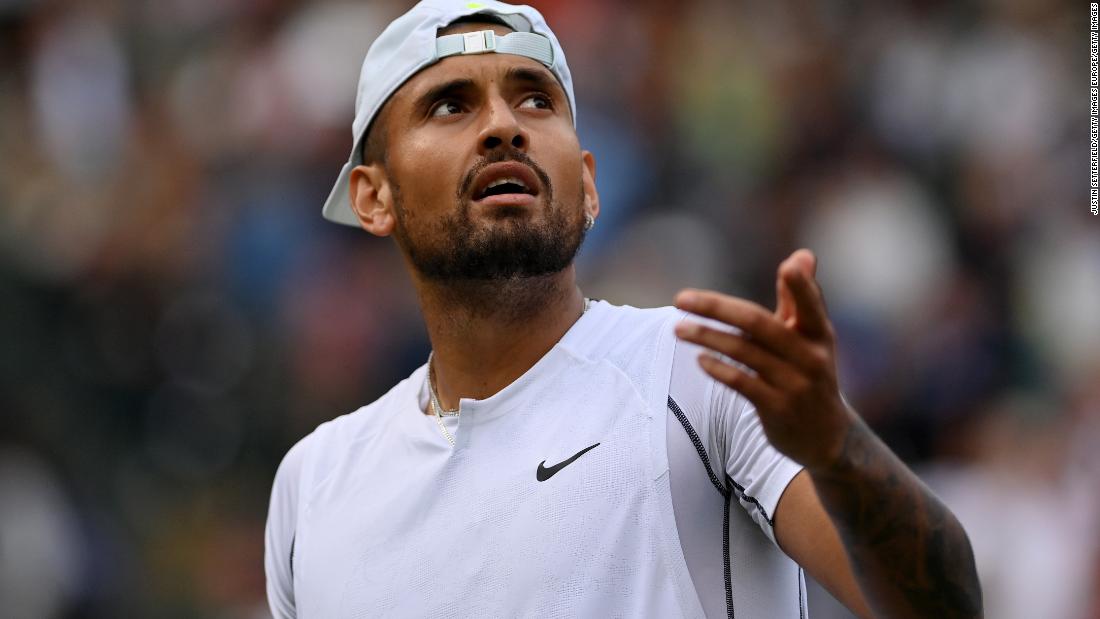 With a first-round win over JJ Wolf at the US Open this year, 27-year-old Nick Kyrgios, who is ranked 40 in the world for men’s tennis, is representing Australia along with fifteen other national competitors. The ongoing Grand Slam has been full of unexpected and shocking events from the start.

As a result, this year’s US Open is no short of surprises, apart from Serena’s retirement event, which is the main event, but the win of Kyrgios also caught the attention of the masses.

How did Nick Kyrgios make history against JJ Wolf in the US Open?

Given the frenetic atmosphere that permeates Armstrong, a Friday night visit there would hardly be considered a sideshow at a typical US Open. The Wimbledon finalist Kyrgios is the best supporting player to start the US Open, and Wolf, a dedicated wildcard participant, was never genuinely a threat to Kyrgios.

However, the atmosphere was especially heated because American underdog Wolf gave it everything and Kyrgios said, “Amazing. It was a very tough match for me. I know J.J is a hometown favourite, so I really had to be on my guard today.”

With her valiant three set loss to Tomljanovic, Williams officially announced her impending retirement, breaking attendance records at Flushing Meadows but also casting a huge shadow over everything else. This held true on Friday at the Billie Jean King Tennis Centre, when an all-time daily attendance record of 72,039 made its way to the outskirts of Queens to say goodbye to a legend.

Kyrgios claimed that as he took control of the third-round match against Wolf, he was fully aware of the crucial moment in tennis history that was nearby and he also said, “It is a special moment, I think myself and JJ looked up at the screen. She has had a career I think no-one else will emulate.”

However, Kyrgios’ status as the underdog in New York will come to an end on Sunday as he scheduled a match with Daniil Medvedev, the defending champion and current world No. 1. Although Medvedev defeated the Australian in four sets at the Australian Open in January, the Australian has won three of their four encounters, including the most recent Montreal Masters.

The Australian was initially incensed by his misfortune and hurled his racket in despair, but he afterwards regretted not being able to make a difference sooner in the game.

Emma Raducanu boyfriend- Who is Brit dating now?
“Wouldn’t be Serena if there wasn’t Venus” Serena Williams credits Sister Venus for pushing her to pursue a successful career