Premier League top four odds: Who will make it to the Champions League 2021-22 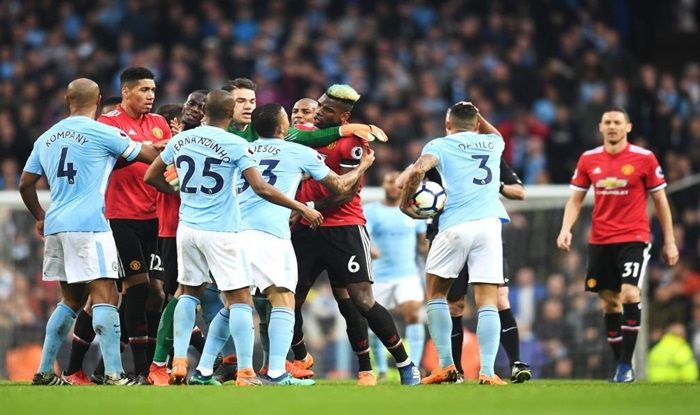 The Premier League top four is not just a few spots above all the other teams; rather it is a line to differentiate teams with the caliber to become champions in the biggest football league in the world.

The Premier league also possesses the big five, which constitutes the five biggest teams in England. Just as the popularity of the big five in the jungle or savannah is immense, the teams in the big five are the most common names available on the minds of football fans. The teams in the top four have an additional reason for their show of competitiveness, which is the opportunity to play in the Champions League and gain further fame and glory.

However, on May 17th, 2016, a team from outside the big five made a shocking entry into the top fray. Leicester City was the team to achieve this goal and they topped the table after the 2015-16 Premier League season.

Consequently, on February 21st, 2021, another team made the entry into the top four from the mid-table of the EPL table. The team to achieve this feat was West Ham and they have rightfully done so under the guidance of their manager David Moyes. Nevertheless, it is hard to say for sure if the teams in the top four will be able to hold onto their positions as sternly as they have till now.

The teams in the top four may be unpredictable, but analysis can be conducted on the teams with the best odds of achieving that.

With regards to picking the best online chances for ideal outcomes, understanding what highlights to search for is foremost to progress. To give you a possibility, the wincomparator group of odds and booking specialists gives the top 11 bookies sign up offers (wincomparator) for the work with the live game examination and future forecast.

The teams who have the best chances to gain the top four spots and Champions League qualification are:

They might be champions now, nevertheless, they were not as proficient as they are today before the year 2008.

Before 2008 City was in a shambolic state, with their league position being limited to the middle and bottom end of the table. In 2008, Sheikh El Mansouri, Crown Prince of Abu Dhabi bought the Citizen from Thaksin Chinawatra. In the 2010-11 Premier League season, Mansouri spends one point five billion pounds on seven players (Yaya Toure, Mario Balotelli, Edin Dzeko, Aleksander Kolarov, James Milner, and Jerome Boateng) and since then has thrown money at his club to win the trophies by the dozen.

Two years since then, the Sky Blues have been roaring in the top four of the Premier League table and have never been de-throned as top four contenders. In the current season, they have acquired players of world-class quality (Ruben Dias, Ferran Torres, and Nathan Ake) to reclaim their crown from reigning champions, Liverpool.

The Red Devils have owned the league thirteen times in England and have been a force to reckon with in each season.

Sir Alex Ferguson was the main reason behind the rise of the giants of Manchester. The Scotsman was known for his intellect on and off the field and he was equally proficient in matters of finance as well. On many occasions, Sir Alex Ferguson has spent a small sum on players of immense quality and at the same time, he has broken the bank on other players. One of the players recruited by him, Ole Gunnar Solskjaer, is now the manager of Manchester United. He has operated on the same lines as his former manager and has recruited players for a bargain fee like Fred and Daniel James, along with others like Bruno Fernandes who has become a focal point for the Man United front line and has led them to the position they are today.

Once upon a time, the Foxes belonged in the Championship; however, fortune smiled on them and led them via Cladio Ranieri to obtain the Premier League title, on May 17th, 2016. Ranieri led the charge but it was players like Jamie Vardy, Ngolo Kante, and Riyad Mahrez who strove hard and won the title for their club.

From then onwards Leicester City has not been able to secure a position in the top four. However, in the current league season, they have fought hard and stood at the third position. Their current manager Brendan Rodgers has been instrumental in this feat. They have recruited the likes of Youri Tielemans, James Maddison, and Ayoze Perez to help them in their search for Champions League football.

The foxes have hit a few bumps on the road with their losses accumulating to six in the twenty-five games they have played so far. But, they do not have to fear a lack of Champions League football for the coming season if they keep their run of form unaffected.

The Hammers would believe if anyone were to inform them that they are hallucinating because their positioning and the run they are having in the league is nothing short of a dream.

West Ham has never been in the top four of the Premier League. They were in general a Mid to the bottom-positioned team in the league and have always been comfortable in that position. Sometimes they would reach for higher than that, and have concluded the 2015-16 Premier League season at the seventh position. David Moyes who was appointed as the manager for the hammers on November 17th, 2017 has been key in their progression on the EPL table.

During the summer and winter transfer window, Moyes bought Jesse Lingard, Tomas Soucek, Said Benrahma, and Craig Dawson and they have been fruitful in their charge to the top.

However, their previous track record would suggest that they could lose their bearings if the tempo of the league is to increase at any given point.

Moyes’s hammers did not secure their standings on the league by gathering points and through that mire of a gap between them and the other three teams below them.

Though they have not secured the spots in the top four, they still have a chance to do so, if given an opportunity or leeway by the teams currently positioned there.

(c) Tottenham and Arsenal: Though they are far behind on the points table, they could              squander the hopes of the team in the fourth position, if they were to win the Europa League. Both the North London teams find themselves in similar positions, but a miracle is still to be expected since the Premier is never short of producing a shocking climax that could shock the very foundations of the world of football.

These teams will do their all to defy the analysis provided, so it is effective to take into consideration the opinions of experts. For this, the booking experts wincompactor should be followed since they provide fans with the top 11 bookies sign-up offers and can give anyone a clear idea on who is in or out of the top four spots and the Champions League this season.

Premier League relegation odds 2020/21: Which three teams could face relegation with fifteen plus games still left to be played.
UCL round of 16 predictions 2021: Who will make it to the super 8?