Retribution creates havoc as they destroyed everything on SmackDown! 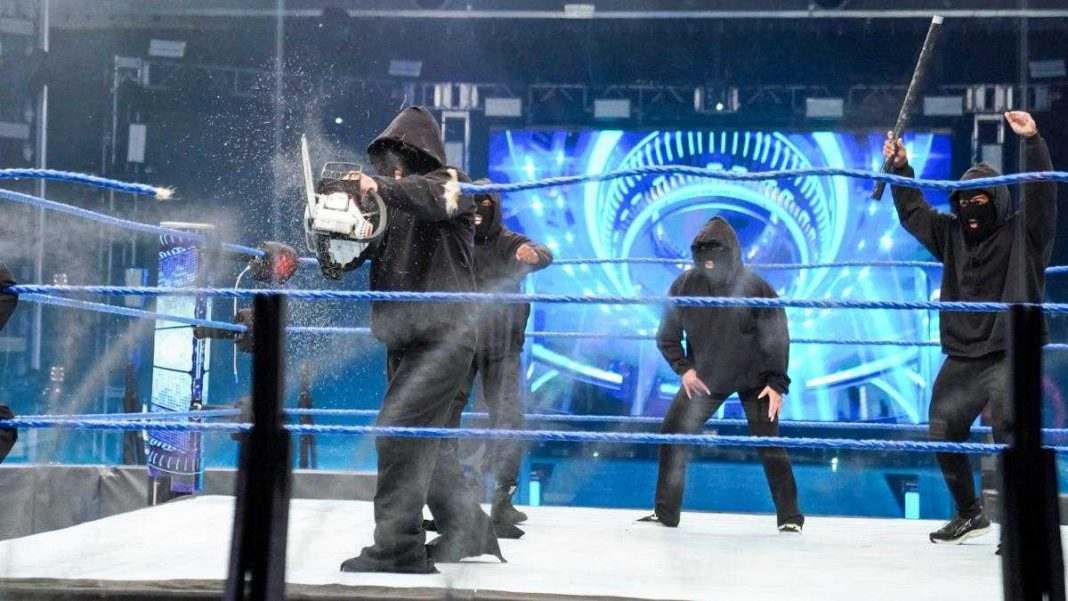 Last Monday on Raw we saw a glimpse of a new faction debuting and who are calling themselves as Retribution. Last night on SmackDown, we got a clear picture of what this group can do and what they are capable of achieving.

Retribution destroyed everything on SmackDown and sent a clear message to everyone in the locker room that no one is safe.

As Mandy Rose, Sonya Deville, Miz, Morrison and the Heavy machinery were having an argument in the backstage, the lights went off and a bunch of men and women came down from the stands with masks on their face and destroyed everything in their path. In no time, we got to know that this is team Retribution and they are here to cause some serious damage.

The men and women were carrying baseball bats and pipes and were chasing the production crew and announcing team to beat them up. Soon after, the team started attacking the crowd in the stands. After beating everyone up, the group cut the ring ropes with a chainsaw as SmackDown went off air.

The new faction will definitely boost WWE’s ratings which are declining from a long time now. However, a lot of question are circulating on internet regarding the identity of the squad. As few fans on internet believes that former NXT champion, Tomasso Ciampa and NXT superstar Dominic Dijakovic might be involved in this. The speculation grew when Dijakovic changed his Instagram DP to black and liked tweets related to Retribution.