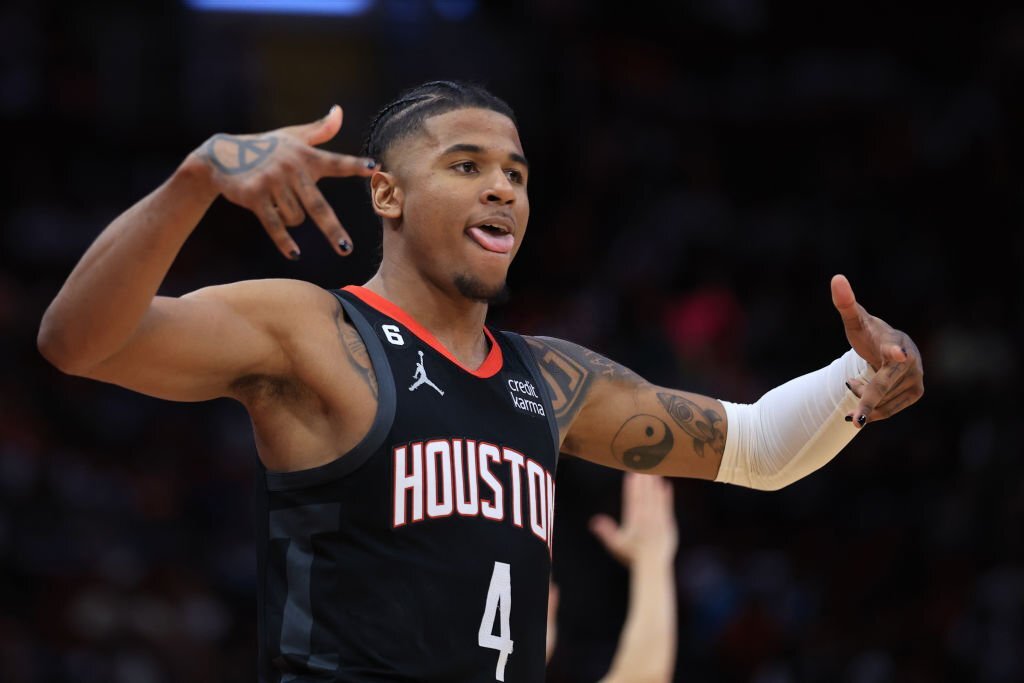 When a player becomes formidable on the ground. It goes viral within seconds in this modern world. Jalen Green did the same thing on Monday.

The whole NBA is in wonder about Houston Rockets guard Jalen Green after his monstrous performance on Monday against the Minnesota Timberwolves.

Green scored a career-high 42 points in this game, which was a major factor in the Rockets’ 119-114 victory against the Timberwolves. Despite 31 and 30 points from Anthony Edwards and D’Angelo Russell, respectively, their contributions were not sufficient to overcome the massive output from the 20-year-old guard.

The Rockets also received much assistance from Alperen Sengun and Eric Gordon, however, there is little question Green was the star of the game. He shot 25 times and hit 15, including 6 of 12 three-point attempts.

Unsurprisingly, the whole of NBA Twitter was effusive in their appreciation of the kid. Many have noted that this is another piece of evidence that he is destined to become a popular celebrity.

One supporter said, “Jalen Green is an All-Star.” Jalen Green is a guaranteed star in the making. Without a shadow of a doubt,” a third user added in.

More responses to Green’s tremendous night with the Rockets:

jalen green every other game pic.twitter.com/VyohBo1p13

NOW SHUT TF ABOUT JALEN GREEN, STAND ON THAT pic.twitter.com/iUtBJdZZ6Y

The praise that Green is receiving is well deserved. The 13-game losing run of his Rockets team was also broken by his incredible performance.

Even if Houston is still maturing, the supporters are thrilled with the improvement of their team’s cornerstone.