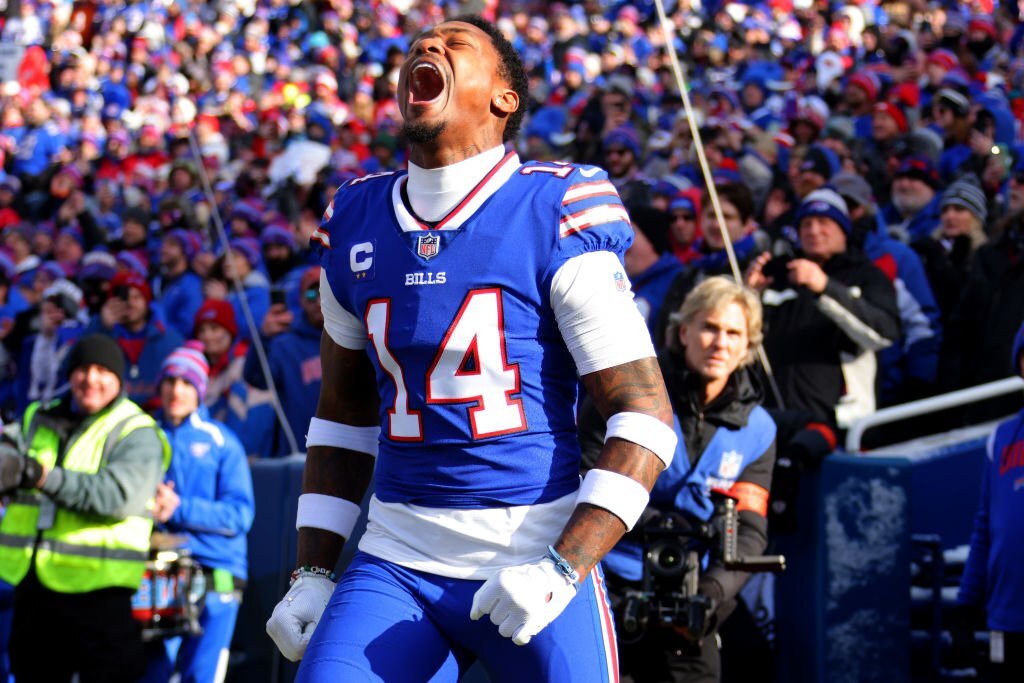 Every player wants to contribute their full time in the field. It’s quite frustrating when a player gets subbed in the middle of the match. Stefon Diggs faced the same situation in his last game against the Bengals.

Joe Buscaglia of The Athletic said that shortly after the Bills’ 27-10 divisional playoff defeat to the Bengals on Sunday, Stefon Diggs “darted out of the locker room” with all of his possessions. Buscaglia pointed out that not all of the Bills’ coaches had emerged from the tunnel yet when Diggs departed.

As per Buscaglia, Diggs returned to the locker room after being persuaded to do so by running back Duke Johnson, but he departed again shortly afterward.

Bills WR Stefon Diggs darted out of the locker room with all his stuff before some of the Bills coaches were even down to the tunnel area. Practice squad RB Duke Johnson stopped Diggs before he left the stadium and brought him back to the locker room. He left a few minutes later.

What was Stefon Diggs saying to Josh Allen on his sideline outburst?

Allen: "He's a fiery competitor. He wants the ball. Whatever it was that we couldn't get him the ball tonight — we're going to have to learn from." #Bills pic.twitter.com/gUPhasyiqz

In his postgame media briefing, coach Sean McDermott supported Diggs, saying that he has every right to be irritated in this circumstance.

“It hurts, and I wouldn’t want a guy that doesn’t hurt,” McDermott stated to the reporters.

Sean McDermott defended #Bills WR Stefon Diggs after his sideline outburst and early exit from the stadium on Sunday: "That's what makes him good, is what you saw. … It hurts and I wouldn't want a guy that doesn't hurt." pic.twitter.com/2BjirB8nvd

Diggs, similarly agitated, was overheard directing some choice words at quarterback Josh Allen from the sidelines.

Even while Allen remained silent, this was not the only strange exchange between the two stars that day. At one point in the game, cameras recorded Diggs pleading with Allen to throw the ball higher. On four receptions, Diggs gained just 35 yards.

It’s doubtful that Diggs’ abrupt departure would be warmly welcomed because of his role as a team leader, no matter how frustrating the situation may be.

It is absolutely weak on Stefon Diggs’ part to leave the locker room before it’s open to the media. He’s a team captain and should uphold his responsibilities in that regard, instead of leaving it up to his teammates.

Diggs is not one of the Bills’ few significant free agents this summer. There is no legal way for him to leave Buffalo until after the 2024 season, but there is no reason for the Bills to part ways with their best receiver if he still wants to play for them then.

The Bills are hoping Diggs’ disappointment on Sunday was only the result of an early playoff departure.