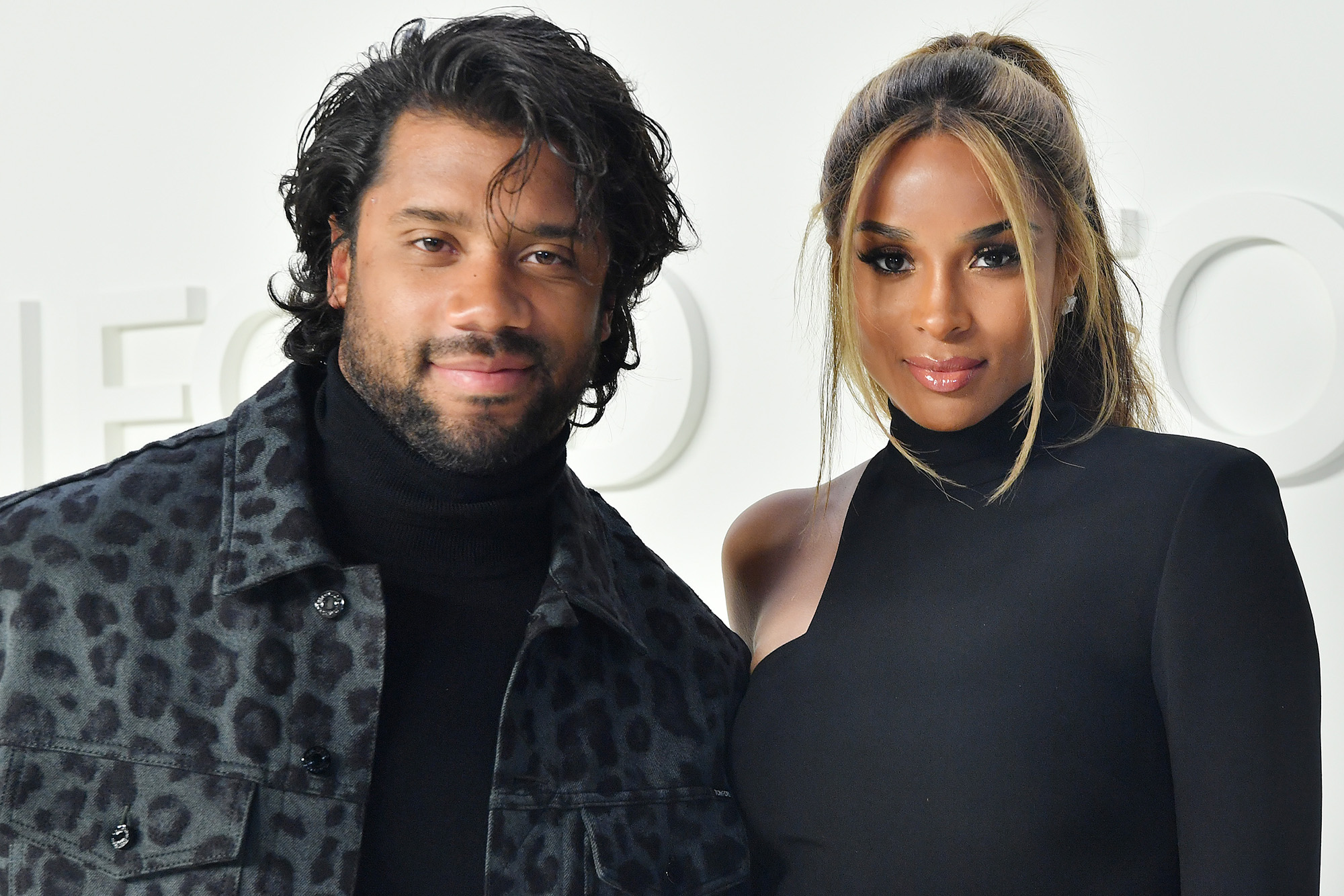 Seattle Seahawks quarterback Russell Wilson is one of the best NFL players in recent days. While his career has risen exponentially, he has had ups and downs in his love life. Wilson is currently married to singer, songwriter Ciara. However, Russell was previously married to Ashton Meem.

Russell Wilson and Ciara have been going strong for the last five years, and we expect many more to come. Apparently, the quarterback has finally found his love of life. This article will give you an exclusive look into their relationship and some insight that you might find interesting! 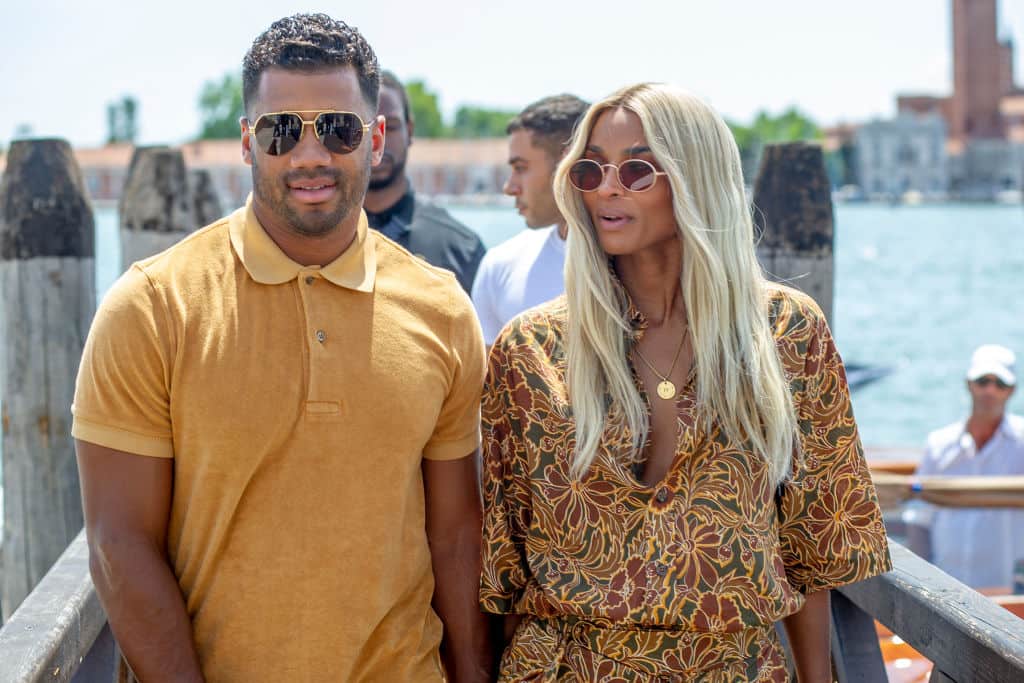 Russell Wilson and Ciara arrive at the Resturant Al Corvo on July 03, 2021 in Venice, Italy. (Photo by Luca Zanon/Awakening/GC Images)

Ciara is an American singer-songwriter, record producer, dancer, actress, and fashion model. Since making her debut in the summer of 2004 with the Billboard number-one single “Goodies,” Ciara has attained numerous awards and accolades, including three Grammy Awards, three BET Awards, three MTV Video Music Awards, and one American Music Award.

However, Ciara got more highlights after she married NFL star quarterback Russell Wilson in 2016. 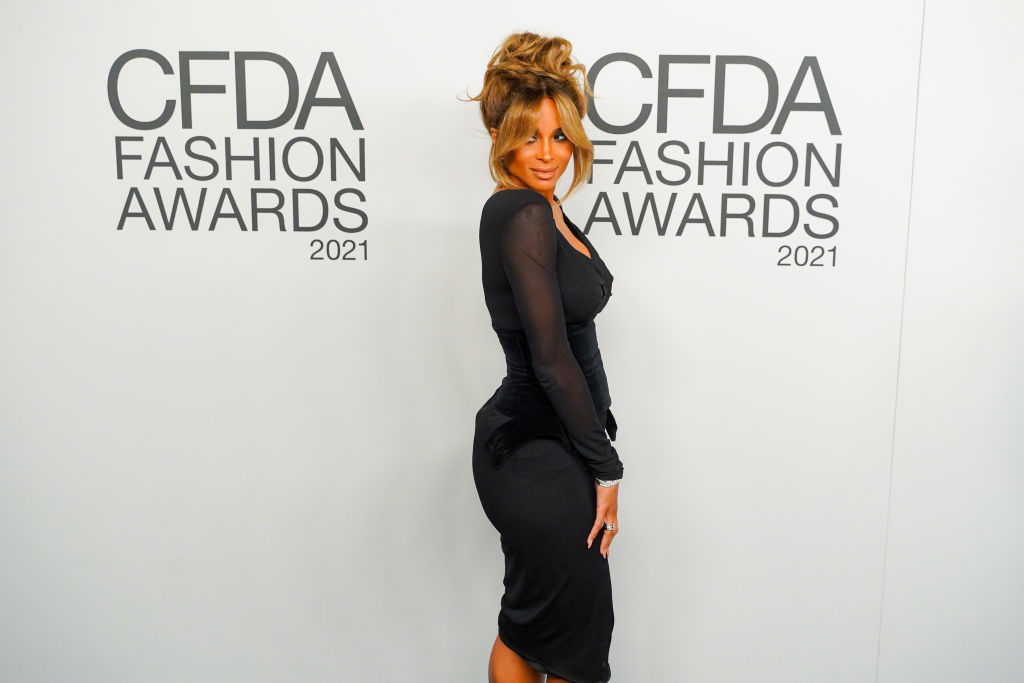 Ciara’s official website provides little or no information about the R&B singer’s appearance, but different sources reveal that she measures 34-24-36 inches (87-64-91 cm). She is 5 ft 7.5 in tall (171.5 cm), which results in medium sized dress size. Although there has been some confusion about her true bra size, most reliable sources agree that Ciara’s bra size is 32C.

Ciara was born on October 25, 1985, at Fort Stewart Military Base, Atlanta, Georgia, to Jackie and Carlton Clay Harris. However, she is the only child of her parents. As she was from an army family, Ciara grew up in several cities, including Georgia, Utah, New York, Arizona, California, and Nevada.

Ciara was named after the famous fragrance brand Ciara from Revlon. While Ciara was a teen, her family settled down in Atlanta, Georgia. She completed her education at Riverdale High School. Further, she also attended Harvard Business School for an intensive Business of Entertainment, Media, and Sports program.

How did Ciara and Russell Wilson Meet? 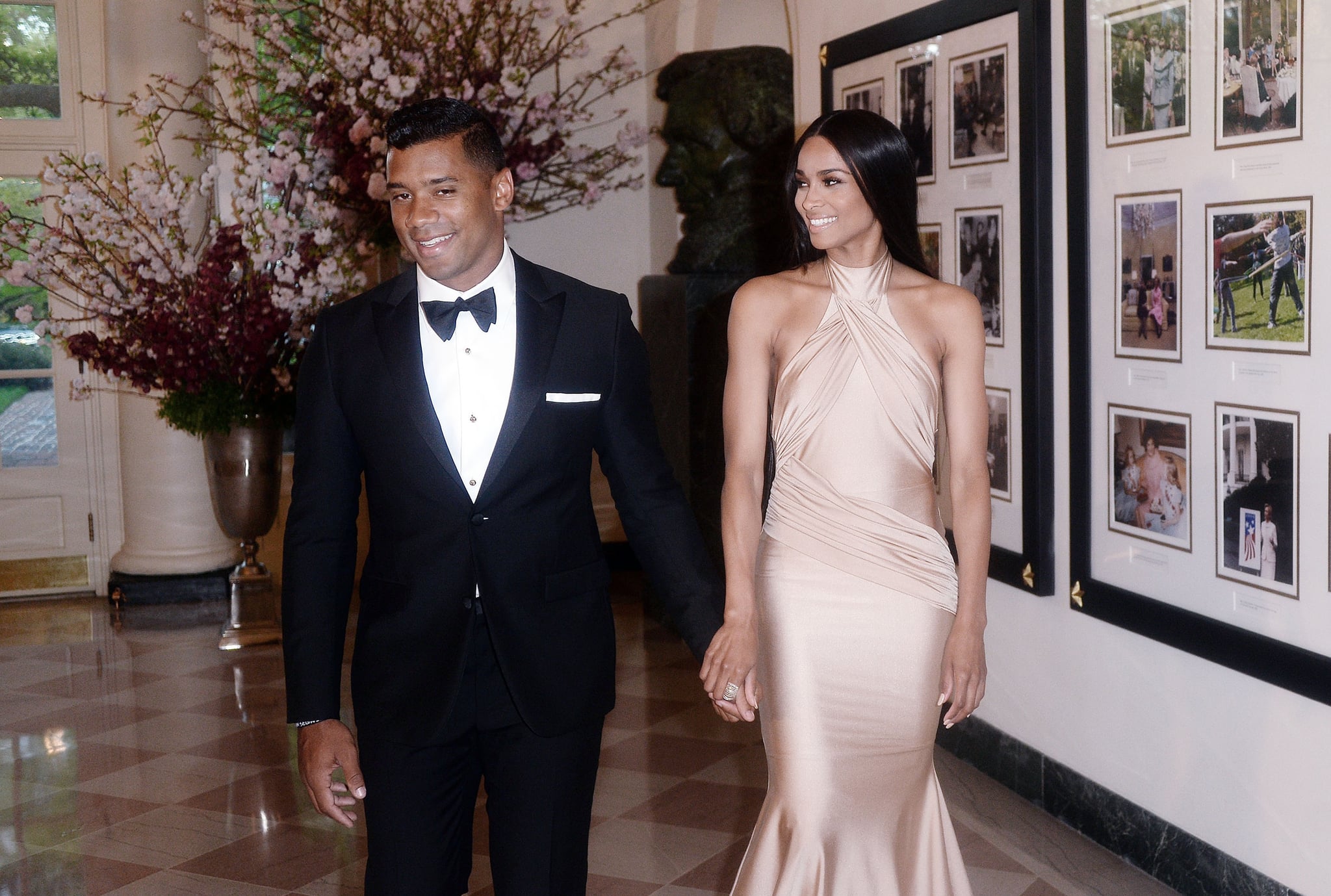 It is unclear about their meeting, but the couple was first seen in public at a White House state dinner which was held in honor of Japanese Prime Minister Shinzo Abe in April 2015. However, it is assumed that Wilson and Ciara met after Wilson divorced his first wife Ashton Meem in April 2014.

On the other hand, Ciara broke up with her fiance, rapper Future, before she got into a relationship with Russell Wilson.

As we have mentioned earlier, the couple came to the public after White House dinner in 2015. After that event, Wilson and Ciara made everything public. In 2016 Wilson proposed to Ciara while they were on vacation in Seychelles, and she said yes!

However, their engaged life was not as sweet as they thought of! Because Ciara allegedly believed that her ex-boyfriend Future might kill Wilson. After that, the feud between Ciara and Future was on and off for a few months.

After three months of engagement, Russell Wilson got married to Ciara in July 2016 at Peckforton Castle in Cheshire, England.

Later in October 2016, the couple announced that they were expecting a child. On April 29, 2017, Ciara gave birth to a baby girl named Sienna Princess.

After four years, the couple announced to have another baby, and they welcomed their son Win Harrison Wilson on July 23, 2020. Fast forward to December 2021, Win Harrison is about 1.5 years old, and he already looks like his father. 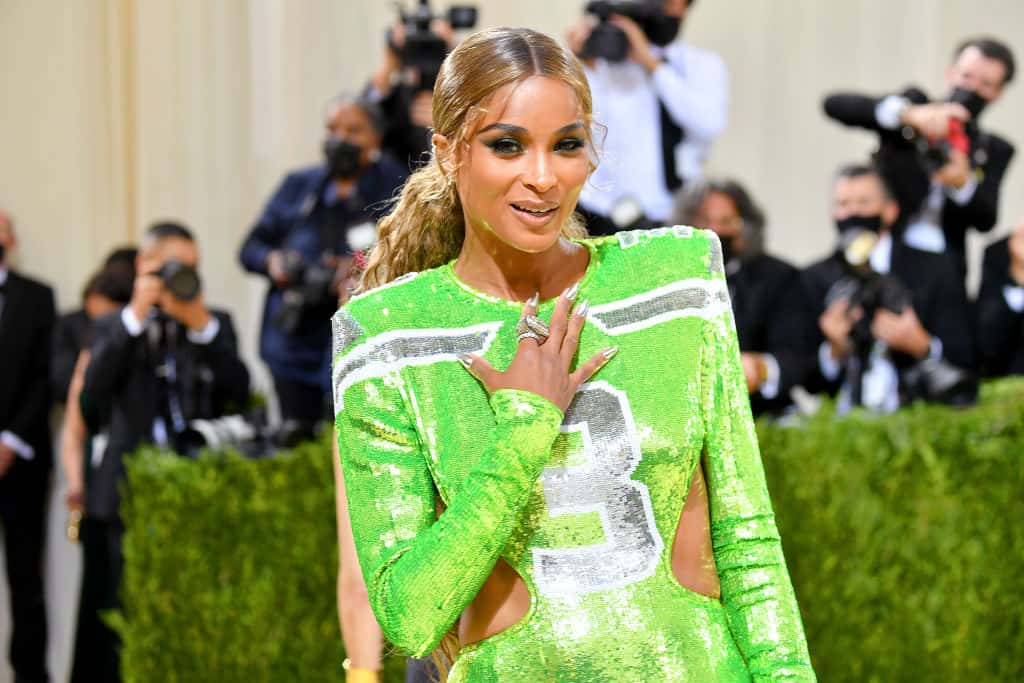 Ciara attends The 2021 Met Gala Celebrating In America: A Lexicon Of Fashion at Metropolitan Museum of Art on September 13, 2021 in New York City. (Photo by Jeff Kravitz/FilmMagic)

When it comes to her career, Ciara is a singer, songwriter, model, dancer, and actress. She released her first album, Goodies, in 2004. The album gave us some good songs such as “Goodies,” “1,2 Step”, “Oh,” and more. Among these songs was listed in the Billboard Hot 100 as well as topped in the UK.

Later in 2006, Ciara started her movie career and debuted in “All You’ve Got.” She also released her second album, “Ciara: The Evolution,” in 2006. Over the years, she released 7 albums in total, with the recent one in 2019.

Apart from these, Ciara worked on three movies in total and made 9 Television appearances. . She started singing and dancing at a young age and eventually moved to Atlanta, Georgia, to pursue a music career. She has also had some success as a songwriter, co-writing several songs for artists like Justin Timberlake and Britney Spears.

Ciara’s music career has been successful enough that she has been able to amass a sizable net worth. In addition to her music income, she has also gotten income from endorsements, both in print and television ads. Some of the brands that have paid her to appear in their commercial or print advert include Revlon, Roberto Cavall, Topshop, Coach L’Uomo Vogue, Essence, Shape, and more.

Singer, songwriter Ciara has a net worth of $20 million. She makes her money from her music career and also from some endorsements and other business ventures.

During her career, Ciara signed a multimillion-dollar deal with modeling agency Wilhelmina Models. She signed another big deal in 2016 with New York-based modeling agency IMG.

Apart from these, Ciara, along with her husband Russell Wilson, has part ownership of several organizations. Such as Seattle Sounders FC, The House of LR&C, and kore. Ciara’s most recent business venture is Ten To One. She joined as investor and co-owner for this Caribbean rum brand. 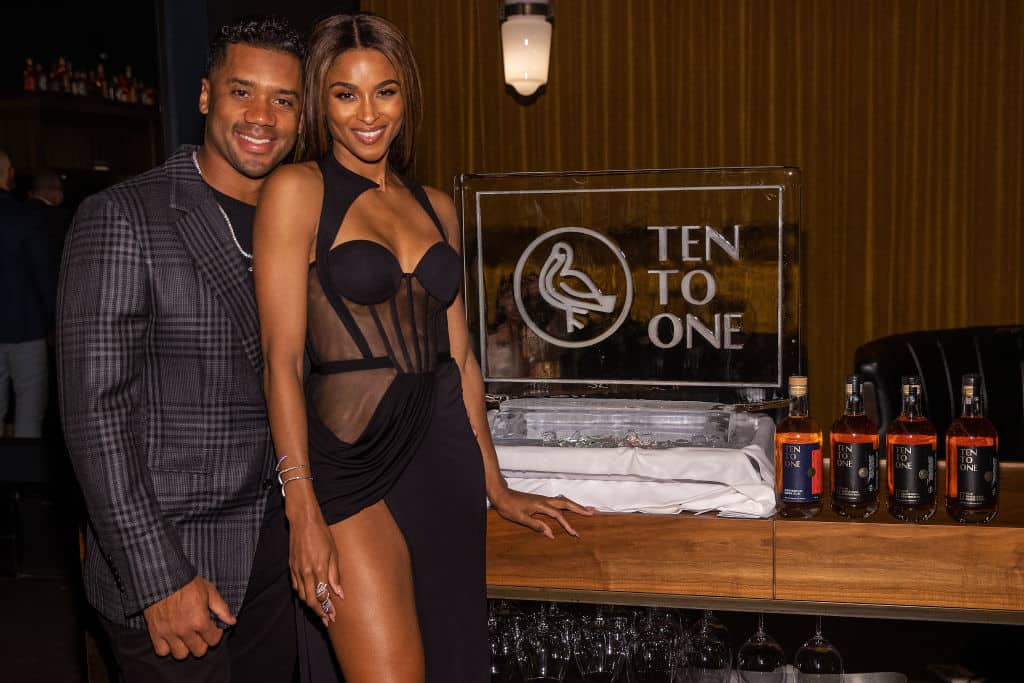 Seattle Seahawks quarterback Russell Wilson and Ciara pose for a photo as Ciara kicks off her partnership with Ten To One Rum at Bourbon Steak Seattle on October 01, 2021 in Seattle, Washington. (Photo by Mat Hayward/Getty Images for Ten To One)

Ciara, along with her husband Russell, founded a nonprofit organization/ Television entertainment, advertising, and film production company, Why Not You Productions. This organization aims to fight poverty via empowering youth and education.

Before marrying Ciara, Russell Wilson married his high school lover Ashton Meem. The couple took their relationship to something meaningful and got married in 2012. However, that meaningful life didn’t last long as Wilson filed a divorce in 2014. Nevertheless, the reason for divorce is unknown. But there was a rumor that Meem cheated on her husband with Teammate Golden Tate.