Boxing: The Legend of the Long Count Fight 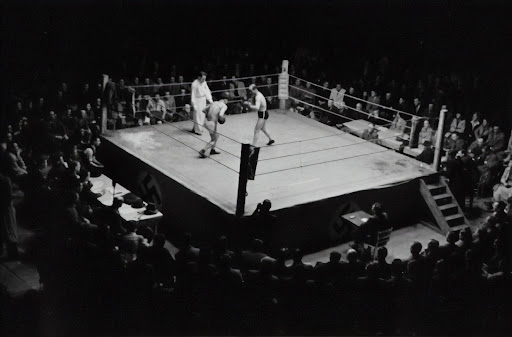 Tyson Fury and Deontay Wilder completed their fighting trilogy in 2021, with Tyson Fury taking home the win in front of a crowd of 15,820 people. These are small numbers compared to the Jack Dempsey vs Gene Tunney II fight in 1927. More than 100,000 people attended the fight that was filled with drama and controversy. Let’s have a look at why the bout still holds legendary status.

The first fight between Jack Dempsey and Gene Tunney was in 1926 and ended in an upset win for Tunney. Even though the two-year younger Tunney had only lost one fight, the heavyweight champion Dempsey was a heavy favorite. Tunney surprised the crowd by winning a unanimous decision by large margin. This made him the heavyweight champion of the world, and he was able to lift the belt at Sesquicentennial Stadium, Philadelphia in front of a crowd of 120,757.

The Colorado-based Dempsey was beaten but not broken and wanted a rematch, which took place at Soldier Field in Chicago. Dempsey had lost the first bout but was still favored by the bookmakers. The mobster boss Al Capone reportedly put a 50,000-dollar bet on Dempsey. Today, you don’t need to be Al Capone or put down such an outrageous payment to enjoy sports betting and win big. In fact, you can manage a promo code from DraftKings to get you started, offering a welcome bonus of up to $1,000 depending on deposit. Who knows, you might end up winning big on an iconic bout like the Dempsey vs. Tunney one.

Winning big on sport bets, promo code or otherwise, is not unheard of – when the fight took place on the 22nd of September 1927 the bout drew a gate of a whopping 2,658,660 dollars – equivalent to almost 40 million dollars from 104,943 spectators. This also meant a big sum for the winner, but nothing compared to today’s heavyweights.  The fight introduced new rules in which the fighter after a knockdown of his opponent needed to return to a neutral corner before the 10-second count could start.

Gene Tunney started the second fight as if the first fight had never been stopped, dominating his opponent. The ring in which the bout took place was quite large which meant that the fast-paced Tunney could move around, not getting cornered, throwing punches before moving aside. This went on through the first six rounds. However, in round seven the power puncher of Jack Dempsey finally cornered his compatriot leaving him against the ropes.

With Tunney finally cornered Dempsey gave everything he had, throwing numerous punches like a mad man. With two rights and two left hooks Tunney got stunned. Four more punches from the aggressive Dempsey sent him to the floor. The first time he had seen the canvas this close. Never getting knocked down in his 83 previous fights.

Dempsey was an aggressive boxer that often stood and looked down at the opponents that he had taken down. Ready to throw them more punches if needed if they should rise from the floor. The referee ordered Dempsey to a neutral corner, which gave Tunney several extra seconds to recover. Tunney got up on the count of nine, even though he had been down for at least thirteen seconds, billing the bout “The Long Count Fight”. This was the only time Tunney got floored as he kept safe from a distance in the last four rounds, flooring Dempsey. This put an end to the great Dempsey’s career, but not an end to the speculation about who should have won the fight.