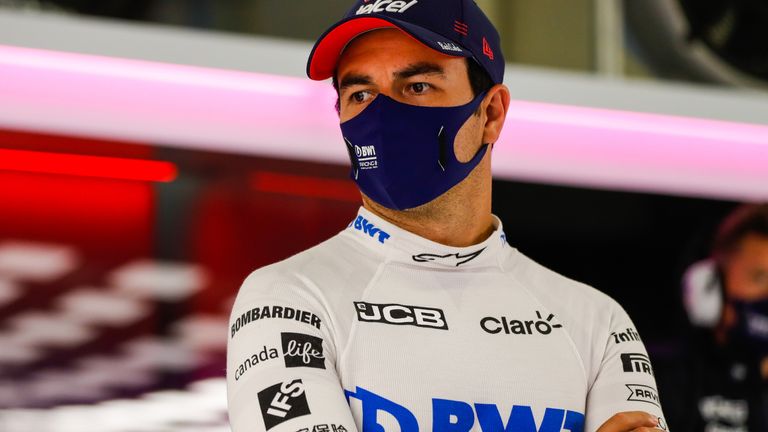 Racing Point’s lead driver Sergio Perez could make a return at Silverstone if his Covid test report comes negative. The Mexican national was tested positive before he could sit behind the steering wheel at British GP.

Since then, he was sent on to serve a week of quarantine stay which ends today. This means Perez is just a Covid negative report away from taking part in the 70th Anniversary Grand Prix this Sunday.

Racing Point announced this news after the Public Health Department of England confirms the former Force India driver has successfully gone through the quarantine period. He is also showing no symptoms of Coronavirus infection.

“Public Health England have confirmed that Sergio Perez’s period of quarantine has been completed. The team expects to make a decision on who is driving alongside Lance later today or first thing tomorrow morning.” Racing Point informed.

They added, “In line with the FIA Code Of Conduct, Sergio requires a verified negative test result for COVID-19 before he can enter the paddock. The testing process is taking place today.”

Perez’s 172-race start streak was broken when he was replaced by Nico Hulkenberg last Sunday. This was the first race he missed since the 2011 European GP.

Despite having an impressive practice, Hulkenberg could not finish his endeavour at British GP owing to a mechanical failure in his car.

The German will be on standby for this weekend, but his service may not require if Perez tests negative today. He is fully aware of this fact and knows his role on the team.

“I’m only the temporary replacement for Checo”, Hulkenberg told the media. “Obviously I’d be grateful and hungry to step in the car, but if he’s fit to race then that’s what it is.”

Lance Stroll, on the other hand, will be piloting the other Racing Point vehicle. He could only manage 2 points after finishing 9th last Sunday. The Canadian will be eyeing for a top-five finish in the next race.

Sergio Perez has been the first choice driver of Racing Point for seven years straight. If he misses out on yet another race, it will be a big blow for the British constructor. Let’s hope we can see him steering his car through the twists and turns of Silverstone this Sunday.