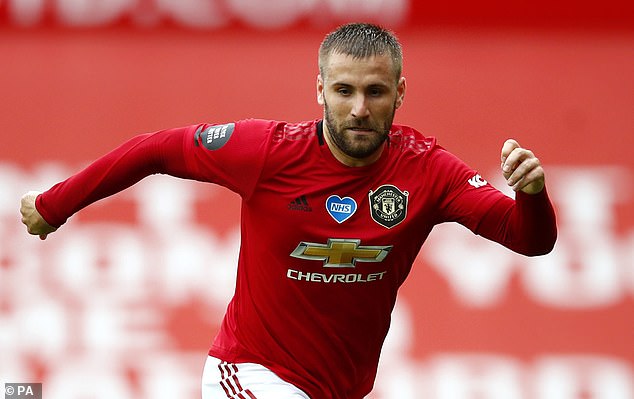 Due to season-ending injuries, Luke Shaw along with Axel Tuanzebe is out of Man United’s 30-man squad facing LASK in Europa League’s Round of 16 match. The blow was confirmed by Man Utd officials on Tuesday morning.

The fans already assumed something similar would happen as the Man United defender twisted his ankle last month against Southampton. Therefore, it was evident that Shaw will be out for the rest of the season. Still the fans were hoping for a miracle which ended with the club’s latest announcement.

Shaw, 25, is a regular at Man United defence. He has started in all the games this year when United had an unbeaten run of 18 matches. After scanning the injured ankle, it was clear that Shaw is out for at least 8 weeks. He will be missed at Old Trafford against the Austrian club.

The other injured defender, Tuanzebe picked up the injury in June before football resumed in England. According to United boss Ole Gunnar Solskjær, he will be out till September at least. In his absence, Man United has included young defender Teden Mengi in the 30-man squad as Tuanzebe’s replacement.

However, United’s landslide victory over LASK in the first leg almost ensured a quarter final berth for the Red Devils. Ighalo, James, Mata, Greenwood and Pereira each scored a goal to give United a 5-0 victory at Linzer Stadion, Austria.

So, the absence of Shaw and Tuanzebe won’t affect the end result of this fixture unless LASK does something special. One good news for United is Phil Jones inclusion in the United ranks. Jones was sidelined since the restart of competitive football.

Apart from Jones, there are several surprising names in the 30-man squad including a couple of United academy graduates. Check out the full squad below.