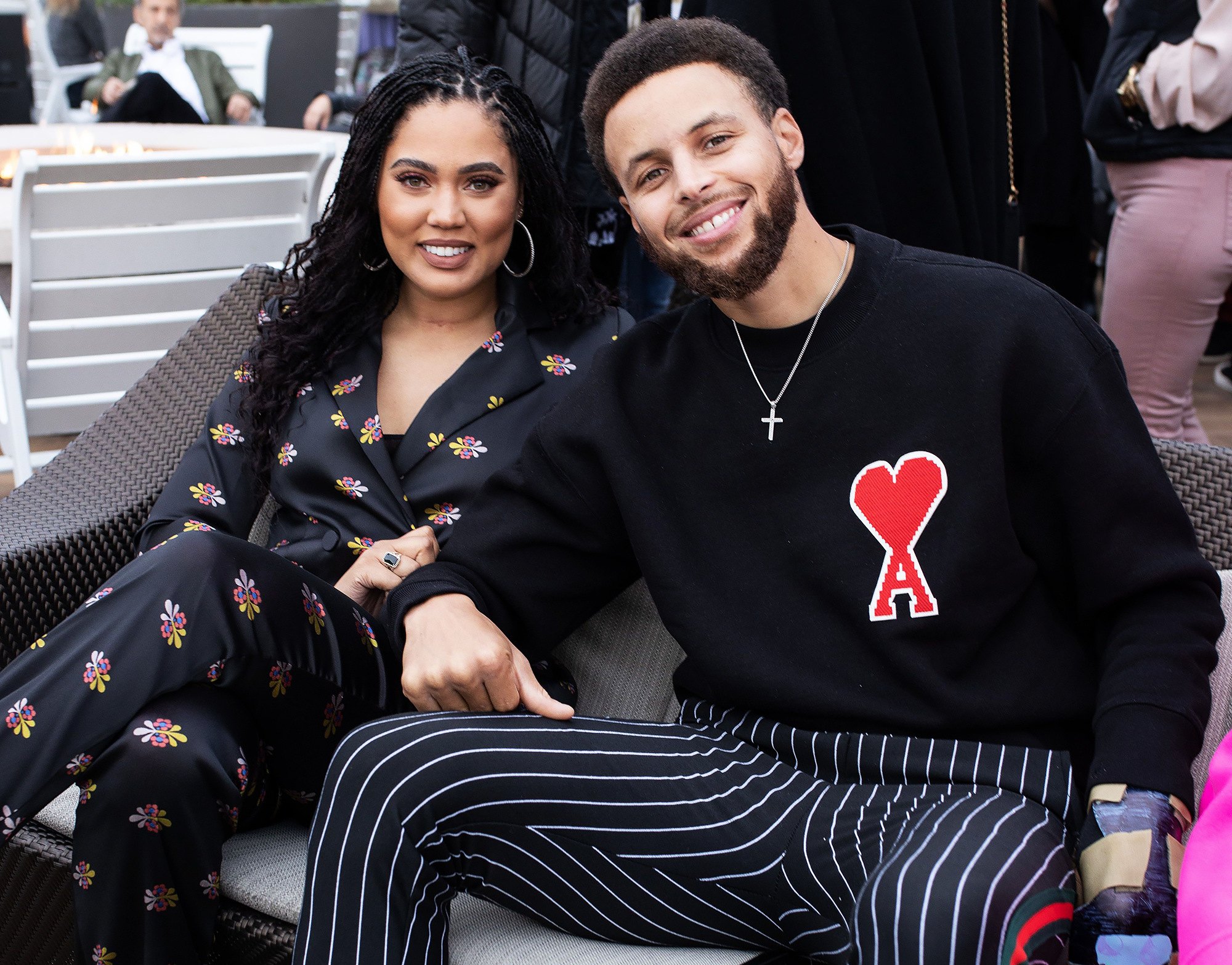 Ayesha Curry, the wife of the star NBA player Stephen Curry is a cookbook author, actress, and cooking television personality. Born in a Canadian-American family, Ayesha has made guest appearnces on various shows related to cooking and similar subjects.

She is a known name for her personal ventures as well as for the fact that she is the wife of one of the best baskteball players alive today. In this article let us find out about the Top 10 Interesting Facts Of Ayesha Curry.

Ayesha’s father during his younger times used to produce music professioally. He had been a huge fan of the artist Stevie Wonder and the song he loved the most was “Isn’t She Lovely”. In that particular song Stevie used to refer to a girl named Ayesha, inspired by the name of his own daughter (Aisha). Ayesha Curry’s father immediately fell  in love with that name and after an agreed consultation with her mother, named her Ayesha.

#2. Before dating Stephen Curry, she had a ‘No Athletes’ policy:

From her high school days, Ayesha was very firm and stern about what she does not look for in a life partner. Her strict policy of not dating any athlete came out of the concept that sports personalities are too arrogant. However, people change! Stephen was successful in making Ayesha change her mind. She gladly accepts till date that Stephen is a completely different human being as an athlete than she thought he would be. Thus, her mind also took a chance with a new outlook and they are a happily married couple today.

#3. She harvests her own honey:

One of her Instagram posts suggests that Ayesha and her family can harvest their own honey in private.

#4. She shares her secrets of positivity through her website:

A website named Little Lights of Mine is run successfully by Ayesha. She further states that this website is subject to her giving out thanks and share anything and everything that she feels to lighten up her life.

#5. She moved to Los Angeles to pursue an acting career:

After she graduated, Ayesha moved in to Los Angeles in order to pursue acting as a career option. Her notable appearances include a 2009 episode of the television show Hannah Montana. She also played the role of ‘Beautiful Girl’ in an episode of Good Luck Charlie by Disney in the year 2010.  Most of her roles were short-lived but the only one which lasted more than an episode was a show named Whittaker Bay. It was on for the year 2018 but got cancelled after eight episodes.

#6. Her passion for cooking developed at an early age:

Ayesha stated in an interview that while she was growing up, both her parents were working. So wondering how she could help around the house, she chose to take up the responsibility of cooking dinner for the entire family. She mentions that gradually, cooking became her passion since then as she started loving it. Instead of cartoons, young Ayesha would relentlessly watch Food Network and sleep off to books on food by various chefs.

A staple at the Curry residence’s household kitchen is none other than olive oil. Well that is what Ayesha states. She also produces her private line of extra virgin olive oil. It is made available in her website as well as widely across the grocery stores of California. It is noted that 10% of the proceedings out of this business gets donated to the No Kid Hungry Organisation.

#8. Her favourite dish has no place in her cookbook:

Ayesha’s cookbook surprisingly does not consist of the author’s favourtie dish to make. Chicken Parmesan is a dish that Ayesha loves to cook and Stephen happens to be drooling over the same. She mentions that the dish is so easy to make that she figured it will not be a fit amidst the other dishes in her book. Therefore Ayesha ruled out the idea of including this dish in the book.

#9. Ayesha’s father was once racially profiled:

Ayesha’s father was one of the audience members of the 2016 NBA Finals. Tragically enough, he suffered racial profiling while he attended a game at Cleveland’s Quicken Loans Arena. Furthermore he was just inches closer to getting arrested by the police as the cops mistook him for a con artist. They were on a lookout for the latter.

Ayesha and her better-half Stephen, noticeably possess extremely kind hearts as well. The couple is so charitable that after a consulted decision between both, they mentioned one very important thing to the guests of their wedding event. They stated the refusal of gifts and instead put forth what they desired the most. They wished their guests to donate their preferred amounts to ThanksUSA.org  so that the organisation’s noble job of providing scholarships to the spouses and offsprings of soldiers remains up and running.