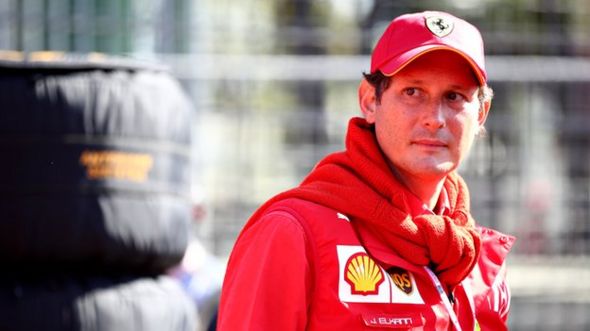 Elkann in an interview with the Gazzetta Dello Sport highlighted the importance of Binotto while it dominated the racing scene at the start of the century. He said, “A long path awaits us. When Todt started that historic cycle (of five consecutive titles) in 2000, we came from a fast that lasted for more than 20 years, from 1979.”

He also added, “It took time, from when he arrived in 1993 to when he brought Ferrari back to victory. The important thing, then, is to work on and off the track, bringing cohesion and stability, building the Ferrari we want step by step.”

“We have had a series of structural weaknesses that have existed for some time in the aerodynamics and dynamics of the vehicle. We have also lost in engine power.

“The reality is that our car is not competitive. You saw it on the track and you will see it again.”

Elkann said that Ferrari supported the decision taken at the height of the coronavirus pandemic to delay new rules aimed at closing up the field until 2022.

Elkan highlighted the reason behind it not performing well for the last two championships and said that because of the fault in the structural design of the car and the fault in the aerodynamics has caused their car to be slower than their competitors, Mercedes, the three time back to back winning team this year.

When questioned about the success of his team, Elkann clarified, “In the past 10 years we have had champions such as (Fernando) Alonso and Vettel, who have been world champions, but it is undoubtedly more difficult to rebuild a cycle and ask patience to those who have already won compared to those who have the future ahead of them.”

Elkan has agreed to the defaults in their machines and has stated that they will get on with a poor start with the beginning of his decade.