Tokyo Olympics 2020: All You Need to Know About the Summer Olympics in 2021 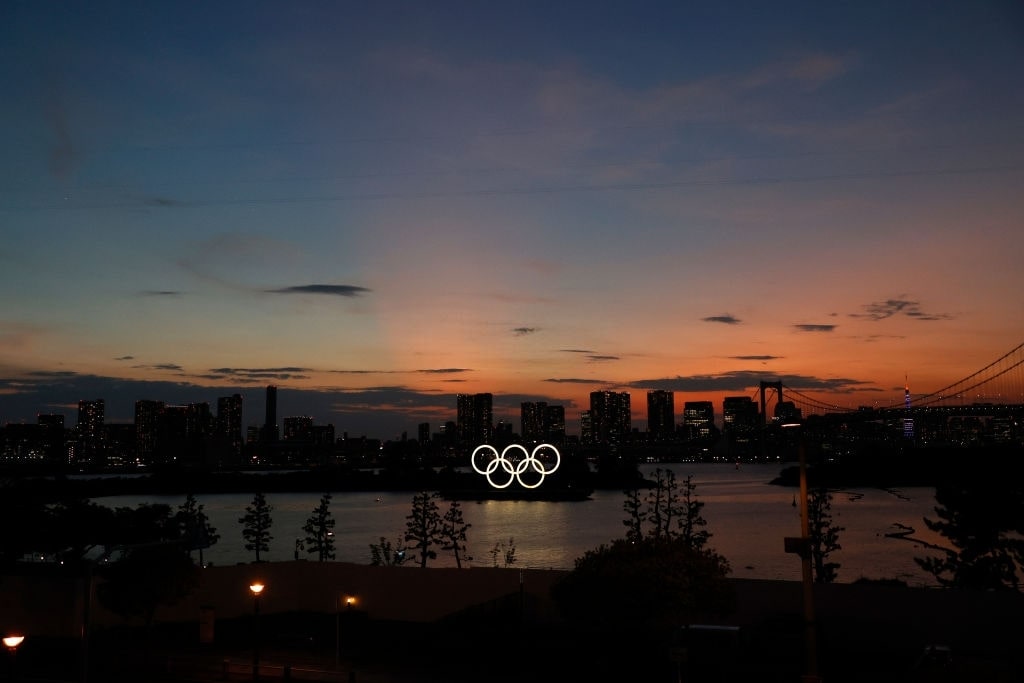 Finally, Tokyo Olympics 2020 is set to start as planned on July 23. It was originally scheduled to be held in 2020, but Covid 19 forced the organizer to postpone the Summer Olympic events. However, until the beginning of 2021, fans were confused about the event.

The Japanese Government is finally on its way to host the Tokyo 2020 Olympics. But the Olympic committee enforced new rules for the athlete’s safety. Let’s get to know the things you should know about the Tokyo Olympics 2021.

Tokyo will begin on July 23, 2021, followed by a spectacular opening ceremony. The event will end on August 8, 2021. Between these days, 339 events are expected to take place, in which around 11,000 athletes will participate.

How to Watch the Tokyo 2020 Olympics?

NBC will provide live stream coverage in the USA, and additional streaming will be available on NBCOlympics.com, Peacock, and NBC Sports. However, views from the rest of the world can tune in to their local channel.

*We will provide the free streaming options here during the events

Can Fans Attend in the Stadiums? 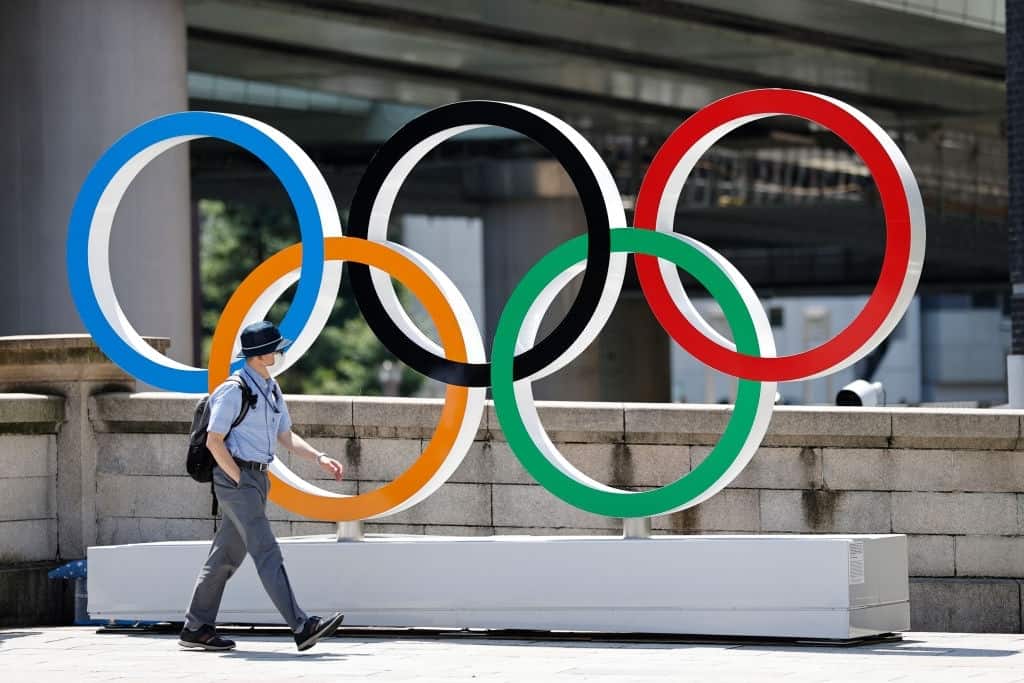 A man wearing a face mask walks past the Olympic Rings ahead of the Tokyo 2020 Olympic Games on July 19, 2021 in Tokyo, Japan. (Photo by Toru Hanai/Getty Images)

Although there will be no spectators at the Olympic opening ceremony, there will be limited fans in different events. However, international fans are not allowed at all, but up to 10,000 domestic spectators can enjoy the games live from the venues. Despite the health warning from the health, thousands of Japanese make the crowd at the stadiums. But they will have to maintain the Covid 19 health protocols.

However, the 10,000 people might include the diplomats, summer Olympics 2021 sponsors, International Olympic Committee, and foreign dignitaries only.

The Olympic committee is returning the tickets sold to the international fans. Further, organizers also sold 3.7 million tickets to the Japanese residents, while the venues will allow only 10k people. Hence, most of these tickets are likely to be returned. 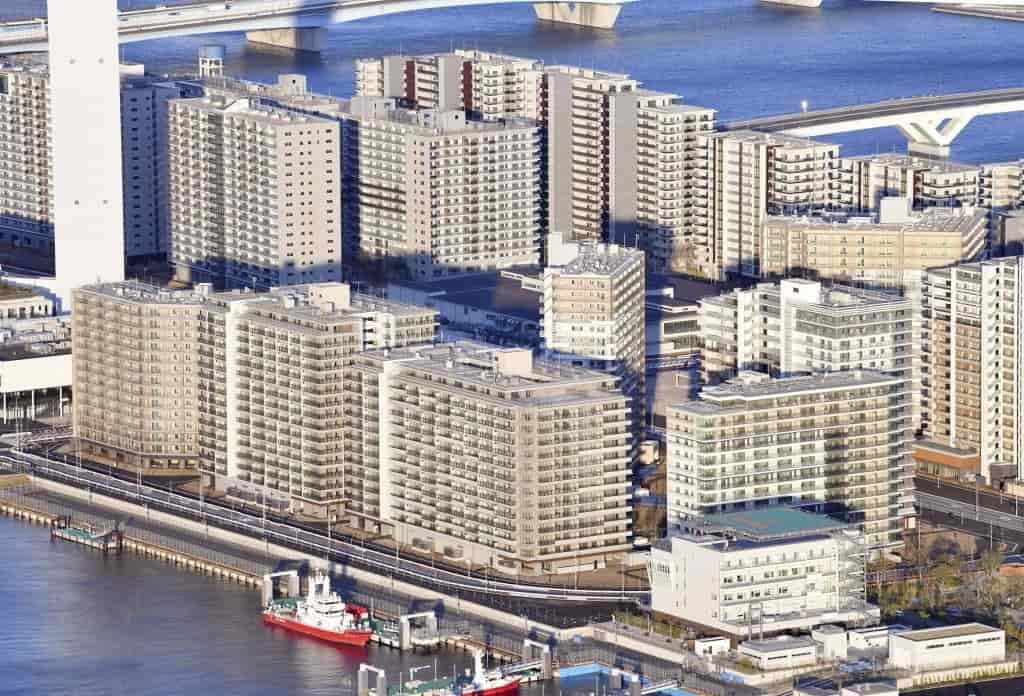 hoto taken March 24, 2020, shows the athletes village for the Tokyo Olympics and Paralympics. (Photo by Kyodo News via Getty Images)

The Tokyo Olympic 2020 village is located at the Harumi waterfront district of Tokyo, which is around six kilometers away from the National Stadium. Around 18,000 athletes, as well as the officials, will stay at the village. That is why the area has 3,800 condos in 21 residential buildings. 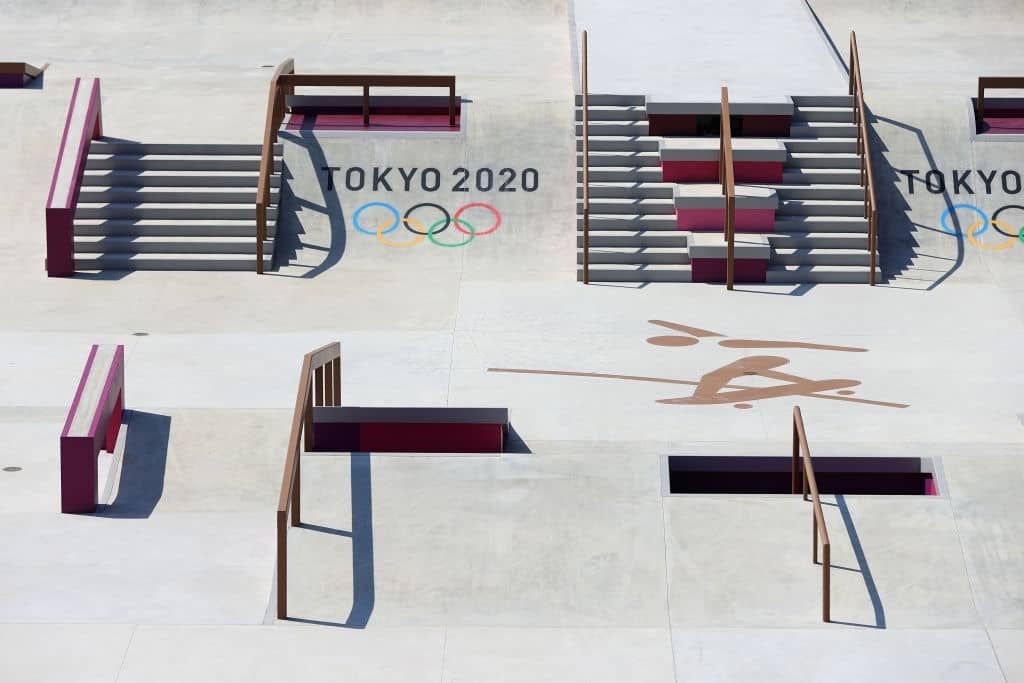 A General view of Skateboarding Street venue at the Ariake Urban Sports Park ahead of the 2020 Tokyo Summer Olympic Games. (Photo by Cameron Spencer/Getty Images)

The International Olympic Committee (IOC) added five new sports to the Olympic Games, which include, Surfing, Skateboarding, Sport climbing, Karate, and Baseball. The IOC president defined five sports as innovative and youth-oriented. Besides, these sports are popular in Japan and eventually add to the legacy of the Tokyo 2021 Olympics.

A few new events will be introduced at the Tokyo Olympics. Freestyle BMX, 3×3 basketball, and Madison cycling are the needed additions.

Basketball will see the 3×3 style playing in the Olympics for the first time. However, BMX freestyle will be a new cycling event while Madison fell under the track cycling program.

Furthermore, three news swimming events are added too. Those are-

You will get to see another mixed relay, which will be on track. A mixed 4x400m relay is the new event on the track.

Shooting will also see a few new events such as- 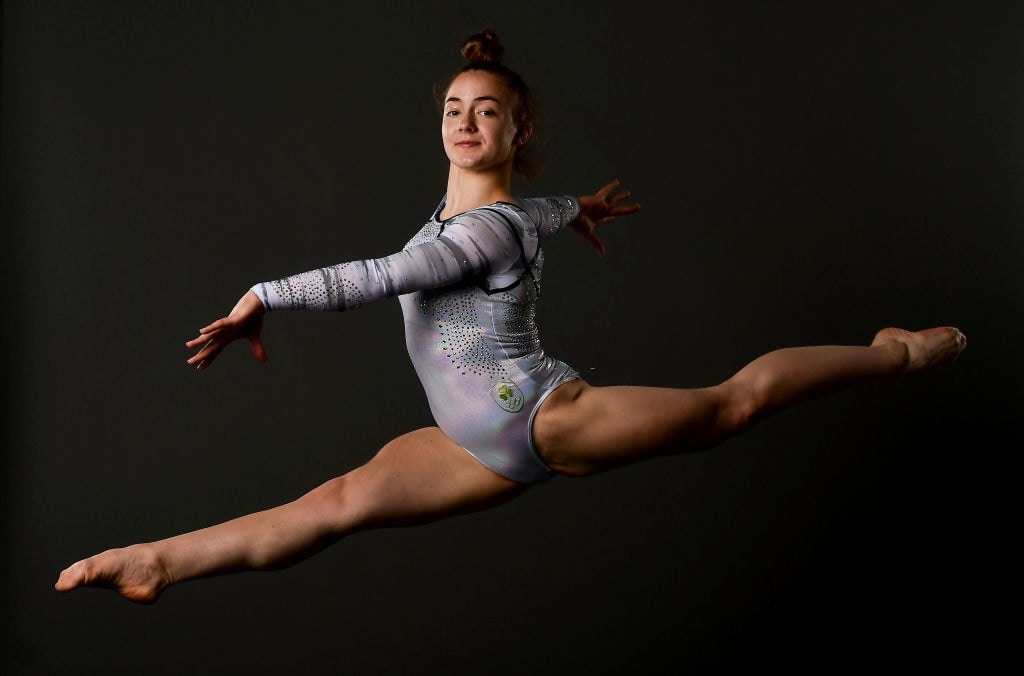 Meg Ryan during a Tokyo 2020 Team Ireland Announcement for Gymnastics at the Sport Ireland Campus in Dublin. (Photo By David Fitzgerald/Sportsfile via Getty Images)

The Tokyo Olympics will see a record 339 events in 33 competitions. But, among all those hundreds of events, a few events are highly competitive and center for fans attraction.

The Tokyo Olympics will face a new experience as there will be no spectators. Moreover, the new state of emergency due to the Olympic games will also refrain the fans from cheering up the athletes. Hence, the fans have only one option to enjoy the events, which is watching Tokyo Olympic 2021 live online or on TV. Following are the must-see athletes in Olympics 2020. 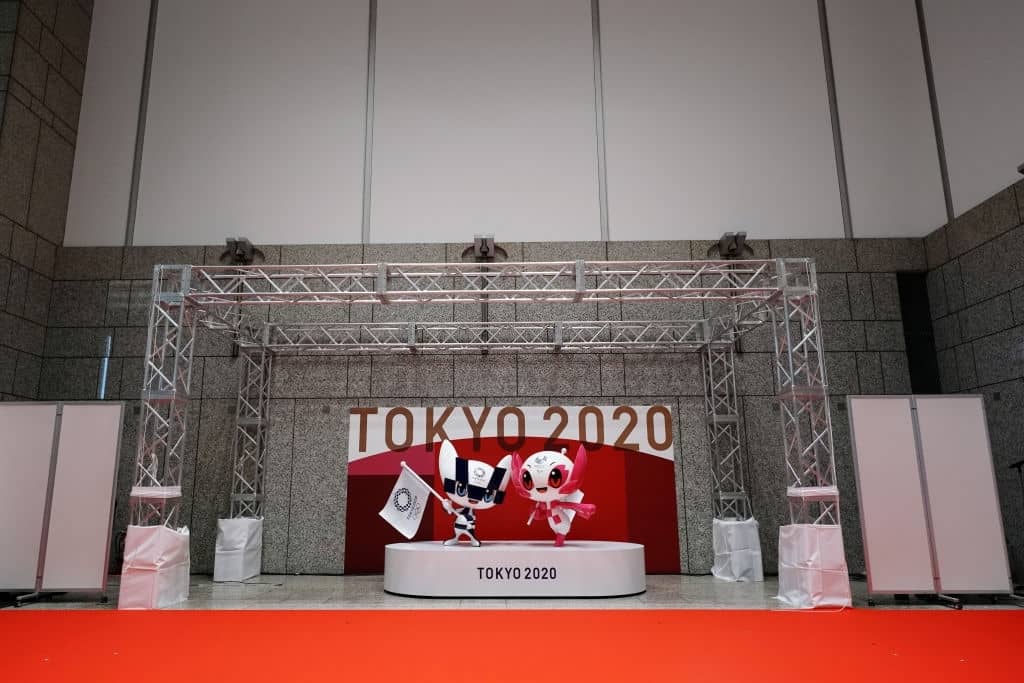 The unveiled statues of Miraitowa and Someity, officials mascots for the Tokyo 2020 Olympics and Paralympics. (Photo by Eugene Hoshiko – Pool/Getty Images)

The Olympic organizers asked the children from Japanese schools at home and abroad to vote for the mascots for the Olympics as well as the Paralympic from a list of three choices.

The Olympic committee announced that two fox-like characters won from the votes. Out of the 205,755 total votes, Miraitowa and Someity got 109,041 votes. Later the organizers revealed the name in July 2020.

The name of the Tokyo Mascot 2021 is Miraitowa, which is a combination of the Japanese words that means ‘future’ and ‘eternity.’

For the Paralympic, Someity is selected as the mascot, which means “cherry blossom variety Someiyoshino,” and it may sound like “So mighty” in English.

Overall, the Olympic mascot signifies a traditional Japanese proverb that means “to learn old things well and to acquire new knowledge from them.” 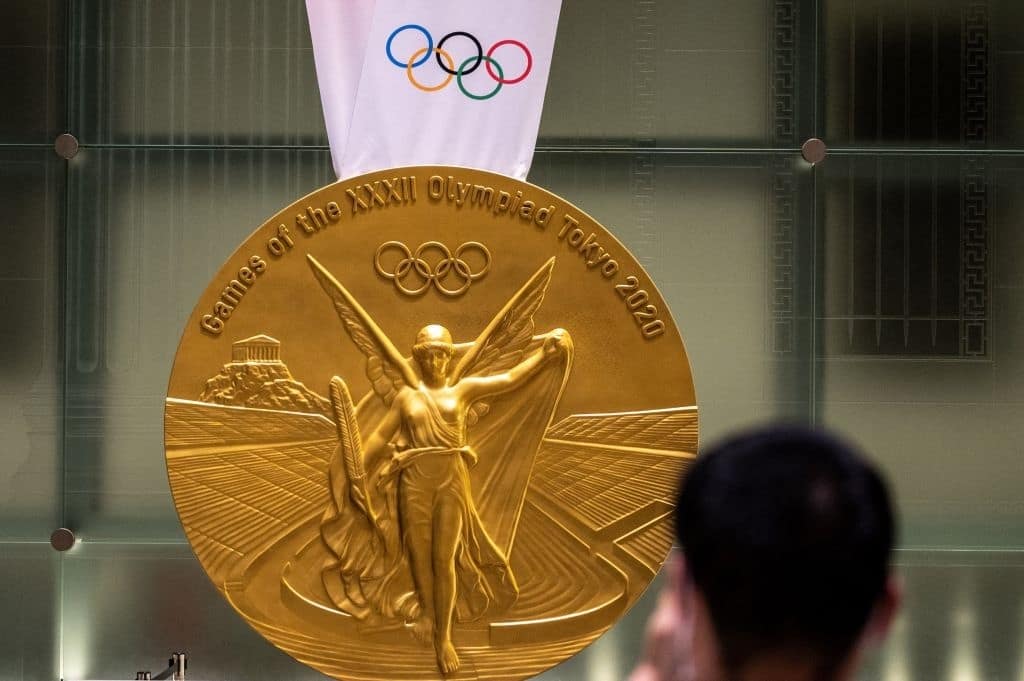 A man takes pictures of a large-scale reproduction of the Tokyo 2020 Olympic Games gold medal as part of the Olympic Agora event at Mitsui Tower in Tokyo. (Photo by PHILIP FONG/AFP via Getty Images)

In the 2020 Olympics, a total of 5,000 medals will be awarded to the participants, including the multiple medals for the teams.

Further, the Tokyo 2020 Medal Projects used 100 percent recycled metals, in which the raw material was taken from the old household appliances. The appliances include computers, mobile phones, digital cameras, and more. They tried to resemble the medals as ‘Everyone’s Medals.’

However, the difference between the gold and silver medal is six grams of gold plating, while the bronze medal has copper and tin alloy.

The Tokyo Olympic medal designs reflect a myriad pattern of light that ultimately symbolizes the energy of the athletes and the supporters.

What does the Tokyo Olympic Logo Represent? 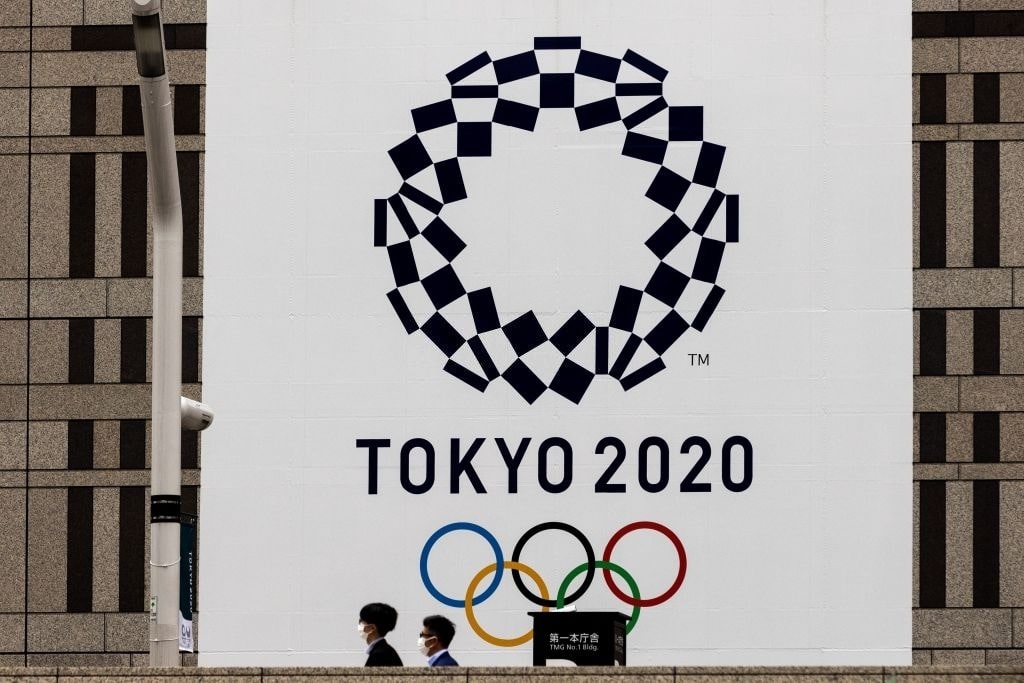 People wearing face masks walk past a logo of the Tokyo 2020 Olympic Games in Tokyo. (Photo by BEHROUZ MEHRI/AFP via Getty Images)

The Tokyo Olympics Logo 2020 was created with three different rectangular shapes. Nevertheless, the design of the logo represents the countries, their way of thinking, and their cultures. Furthermore, the motto represents “Unity in Diversity.” Eventually, the Tokyo 2020 logo explains the fact that the Paralympic and Olympics promote diversity through sports and connect the world. Asao Tokoro designed the Tokyo 2020 emblems. The official emblem named as “Harmonized Chequered Emblem.”

Concerns with the Heat

During the events, the average temperature in Tokyo will be 90-degree Fahrenheit with 55 percent of the humidity. Hence, Olympic 2021 will be one of the hottest events ever staged in history. However, it is new in Tokyo. Previously the 1964 Olympics in Tokyo had to shift to October to take advantage of cooler temperatures.

After a five-party meeting, the organizer announced that spectators would not be allowed at the Tokyo, Saitama, Chiba, and Kanagawa venues.

However, the organizers will allow the spectators at Hokkaido and Fukushima events, and it will not be more than 50% of the capacity, and a maximum of 10,000 people will be allowed.

What Measures does Japan Take to Make the Summer Olympics 2020 Safe?

Japan already imposed a state emergency in Tokyo during the Olympic events. The participants will have to use Japan’s COCOA Exposure Notification app. Furthermore, each participant will have to tase Covid-19 every four days.

However, it is not mandatory to take vaccines for the Olympic athletes participating in games, but many countries vaccinated the athletes earlier.

In the venues where the spectators are allowed, the fans need to maintain social distance and also wear masks. In addition to that, spectators cannot cheer for the athletes.

Apart from these steps, the IOC also released a number of “playbooks” for everyone related to the Olympics, including staff, participants, and journalists covering the Olympic news.