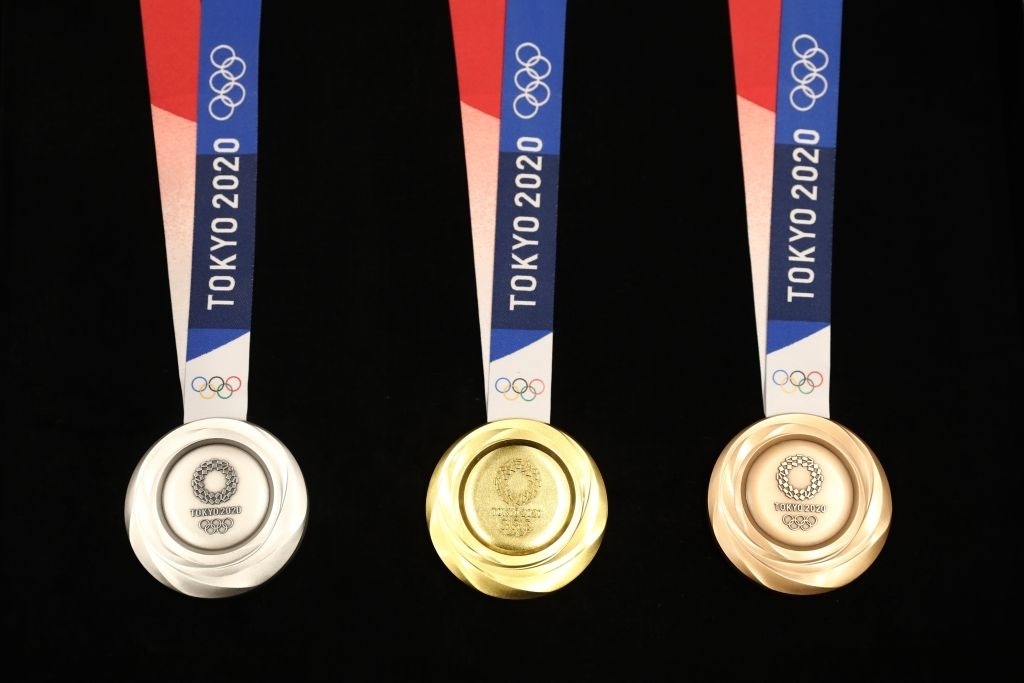 The Olympic Games is one of the highly awaited sporting events in the world. It takes place every alternate four years as we know. A variance of famous sporting events take place all through the Olympics. As it turns out, each and every sport around the world is not included in the event list of Olympic Games. Furthermore, not every game in the Olympics attains a massive viewership or popularity. The Tokyo Olympics 2020 is about to begin and sports enthusiasts globally are eagerly waiting for its inception. So let us step right in and learn about what has been and what are the top 10 most popular olympic sports around the world. 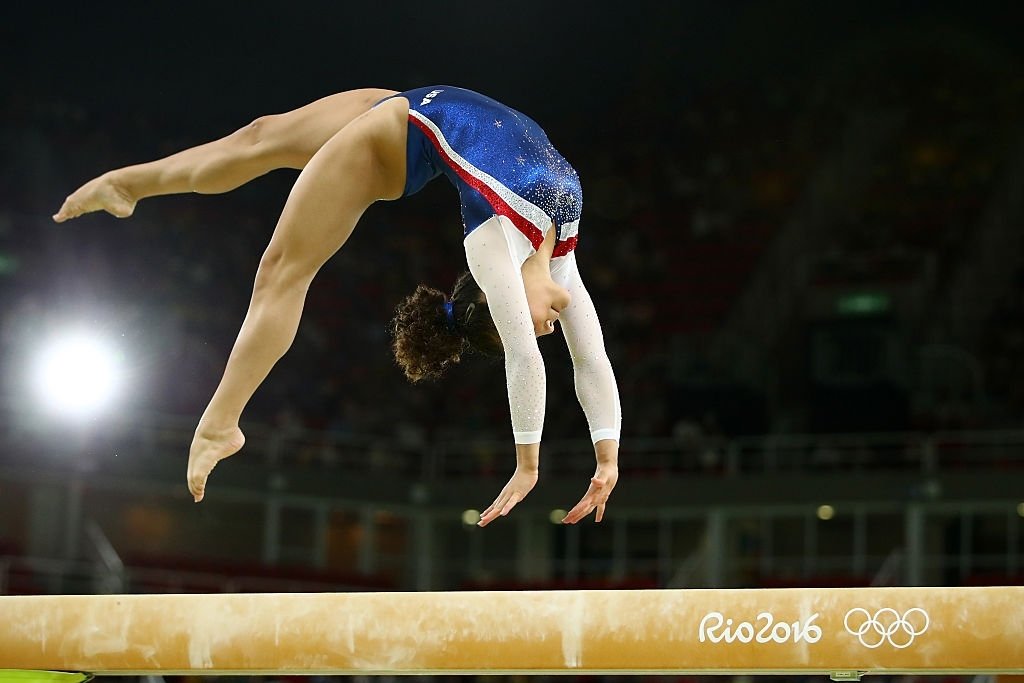 Most sports in the world require the personell to be athletic in order to put up a fine performance. But, very few sports necessarily require both athleticism and creativity alongside perfect techinque. Gymnastics happens to be one of such sports. In the set of events involved under this sport, the competitors showcase utmost physical fitness by performing almost impossible stunts that require high body flexibility and control.

Gymnastics has been an integral part since the first modern Games of Athens, 1896.It involves three disciplines segregated under its head. They are:

In the category of Artistic Gymnastics, both men and women participate. They use the provided apparatus and perform brief routines. The evaluation depends upon the complexity and execution of each of the acts. The marking scheme of the judges depends upon the difficulty and aesthetics of the techniques executed. Furthermore it also focuses upon other aspects like stability and balance.

Female athletes are the only participants in the category of Rhythmic Gymnastics. They use a set of apparatus suitable for handheld purpose such as a pair of clubs, a hoop, ball or ribbon in order to perform acrobatic moves. Furthermore, alongside the perfect technicque, the contestants must cater to the beauty of their performance. The evaluation happens on the basis of the performers’ artistry which includes music and the execution of complex bodily manouevers with utmost precision.

Wondering about the twists, jumps and somersaults that you usually get to witness during the Olympics? Well, these high off ground acts fall under the category of Trampoline Gymnastics. This discipline allows the participation of both male and female athletes and also happens to be one of the most enthralling specatcles for viewers of Gymanstics.

Athletes perform a series of brief routines and spring up to heights of around eight metres off the ground. The key to success happens to be perfect technique and excessive body control. The evaluation happens on the basis of difficulty, horizontal displacement, flight time and execution. 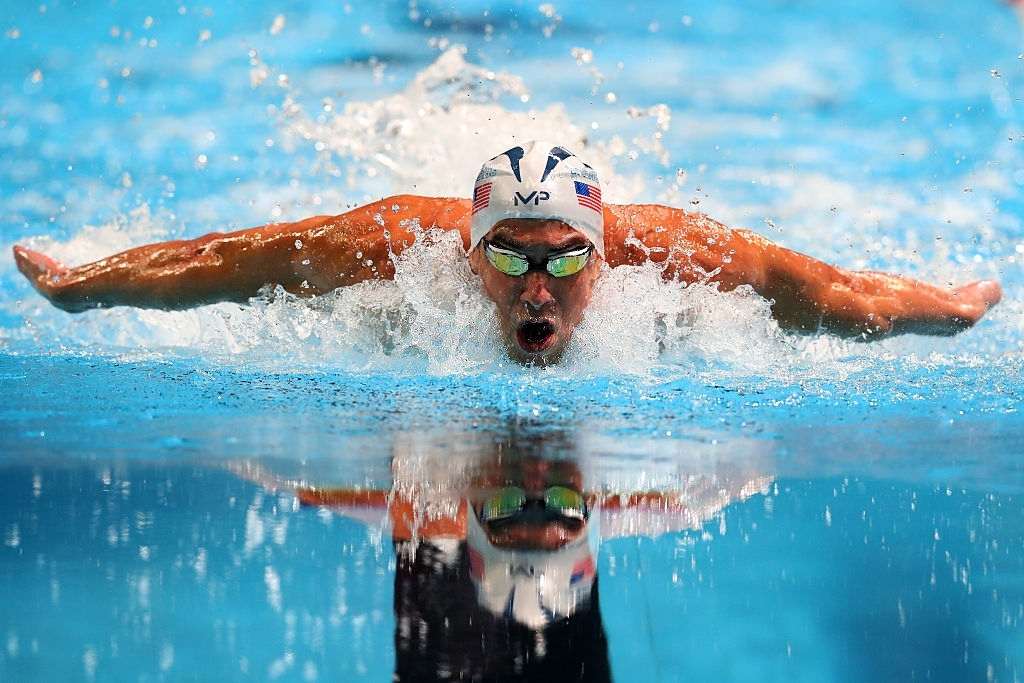 When we think of Olympics, one of the pioneer sports persons’ name comes to our minds. The name is none other than Michael Phelps. Perhaps it is clear now that we are talking about one of the top 10 most popular Olympic sports, Swimming. This is a widely appreciated event that people wait to witness during this period.

Both male and female athletes participate in all the segregated events under this discipline. There are predetermined strokes for each event. The overall discipline involves styles of swimming such as backstroke, butterfly, freestyle and breaststroke. Swimmers race against each other alongside time to make the fastest run in order to cover a fixed distance following the norms of the designated stroke of the event.

The freestyle events do not consist of predetermined strokes as a result of which swimmers can make their own choice. 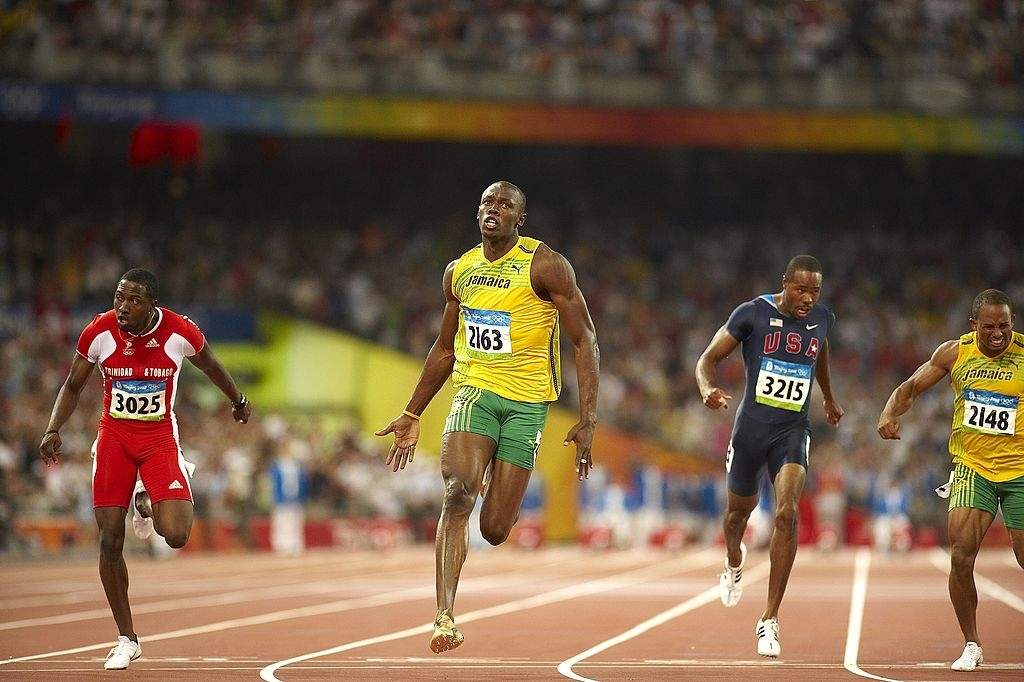 Another huge name associated alongside Olympics is that of Usian Bolt. Well it is of no doubt that we all know why the Lightining Bolt as he is known by fans is a household name. Bolt has been the all time fastest runner of the Atheltics events. This is also one of the most watched sports of the historical Olympics. Male and female athletes participate equally in this sport.

The largest single sport discipline of the Olympic Games, Athletics is segregated into three parts of track, field and road events. The evaluation is a simple concept which is the fastest runner to reach the finish line grabs the gold. It requires perfectly controlled body balance in speed and also excessive physicial fitness.

In case of the field events the aim of each participants is to either throw something higher or run faster than the rivals as per the predetermined event of the discipline.

The men’s decathlon and the women’s heptathlon are events worth of two days in order to give the final judgement of finding the ultimate athlete. 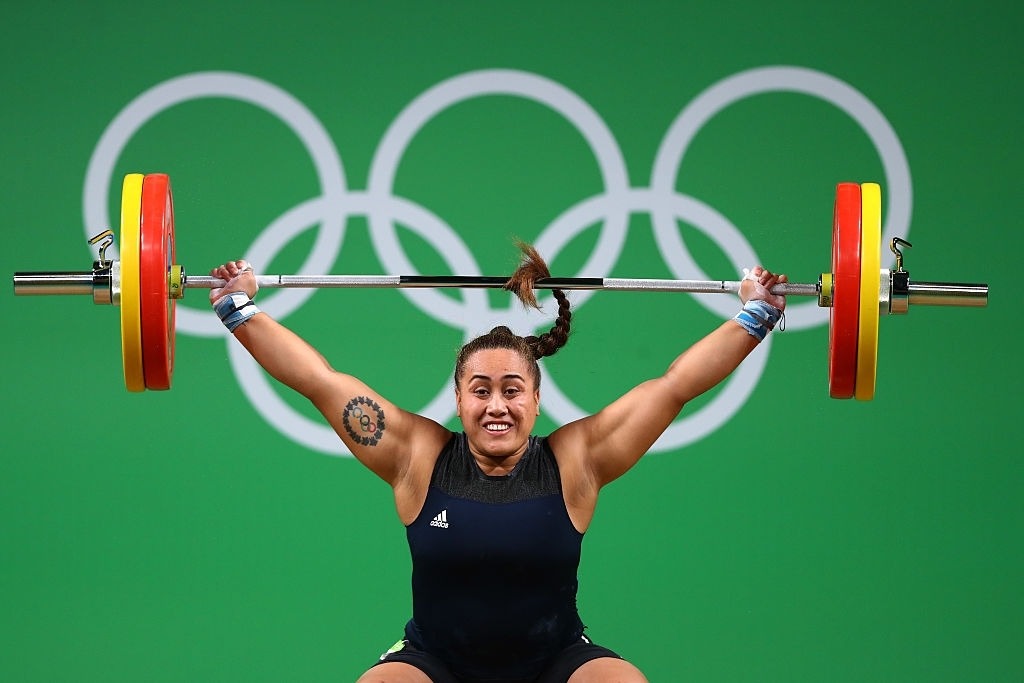 As it may seem, the concept of Weightlifting, is very simple. As the name suggests, the agenda of this sport is to lift more than your rivals. This is a spectator favourite and thus makes its way in to the list of the top 10 most popular olympic sports. Participants comprise of both male and female athletes and each one requires to perform a bar lift from the floor to above the head in one single movement and it is known as ‘snatrch’

There happens to be another aspect of performance other than ‘snatch’, known as ‘clean and jerk’. This means  the bar is jerked over the head after bringing it up to the chest.  Athletes compete against each other by performing each of these lifts thrice. The evaluation is based on the sum of the highest weights lifted in each of the three attempts. 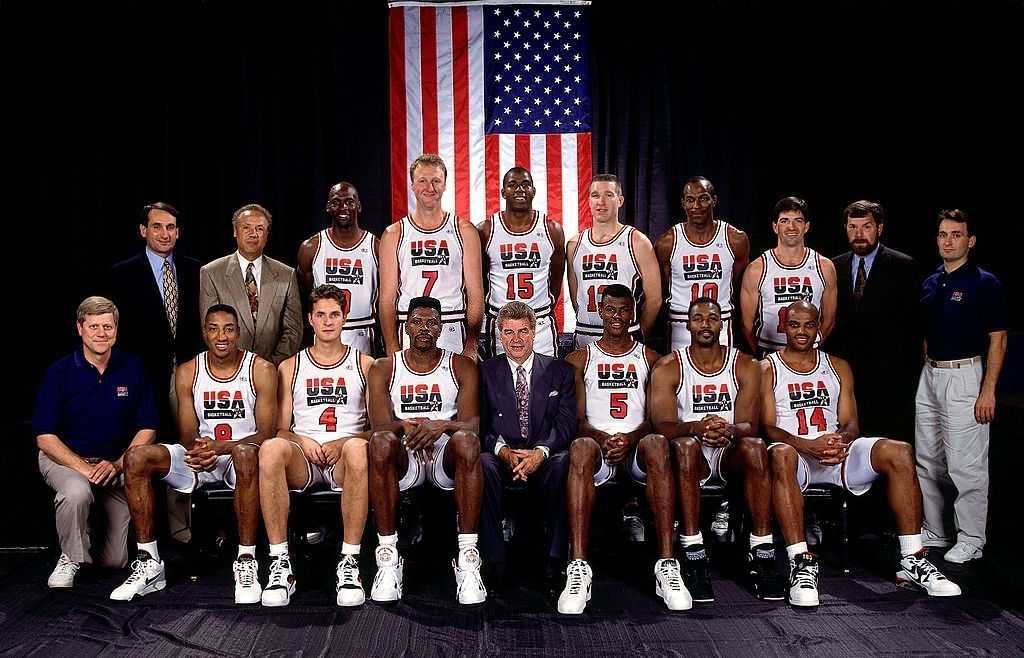 A fan of the National Basketball Association (NBA) matches, teams and players, should not have any issue regarding the concept of the sport called Basketball. Enjoyed by viewers from all around the world, the game is played between two teams having five players on either sides. The interesting part is during this period the NBA favourtie players of the basketball fans will not be playing for their respective clubs. Instead the players travel back to their homelands in order to play for their motherlands. 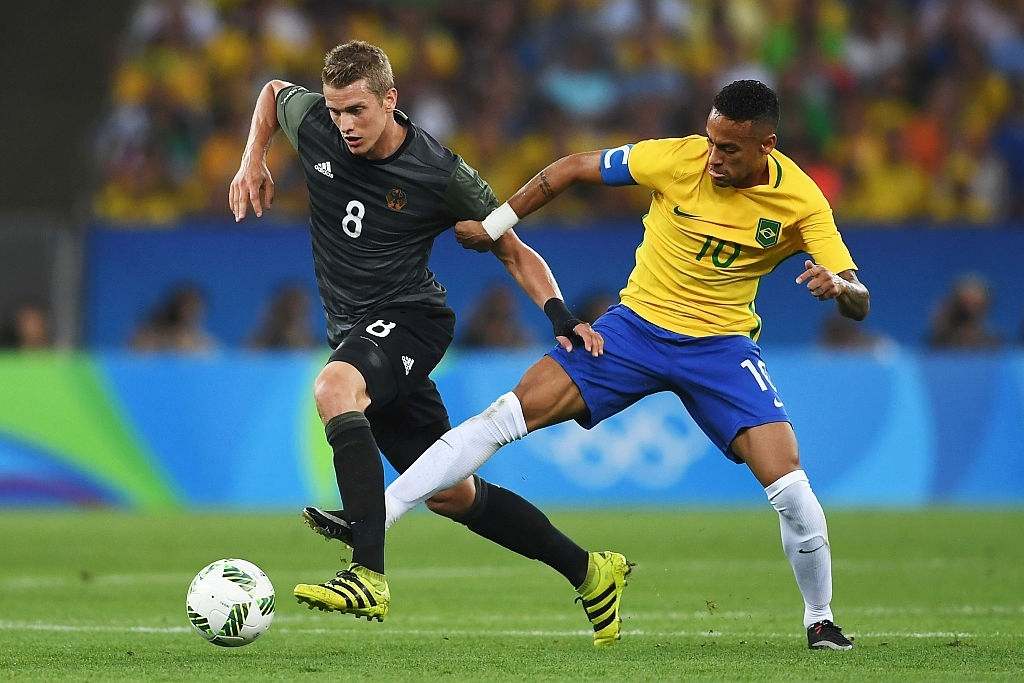 The entire year long football fanatics from around the world wait on in order to catch a glimpse of their favourite soccer leagues. But soccer or football as we call it, is also an integral part of the Olympics. The global fans of this sport do not miss out even a single match during this historic event of Olympics. 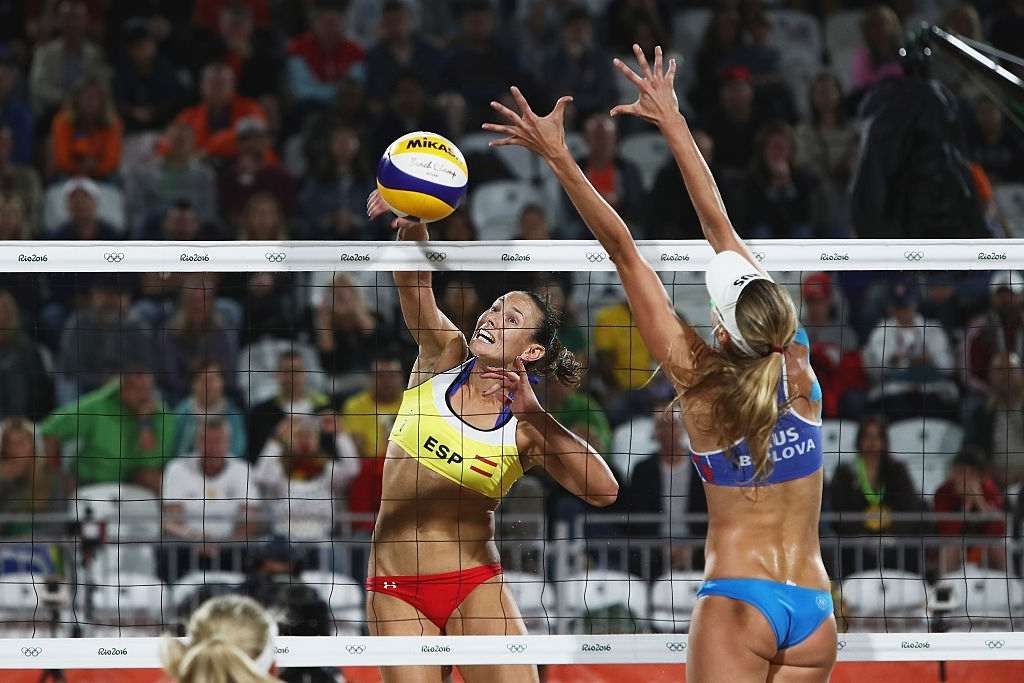 The sport of Volleyball does not receive enough viewership except the time of Olympics. It is a sport comprising of six players from each team in the court. Every team is allowed to have twelve members. The goal is for the players of each team to touch the ball three times and make it cross the net and reach the opponent’s court. whoever misses, loses a point thereby leading the other side on to victory. 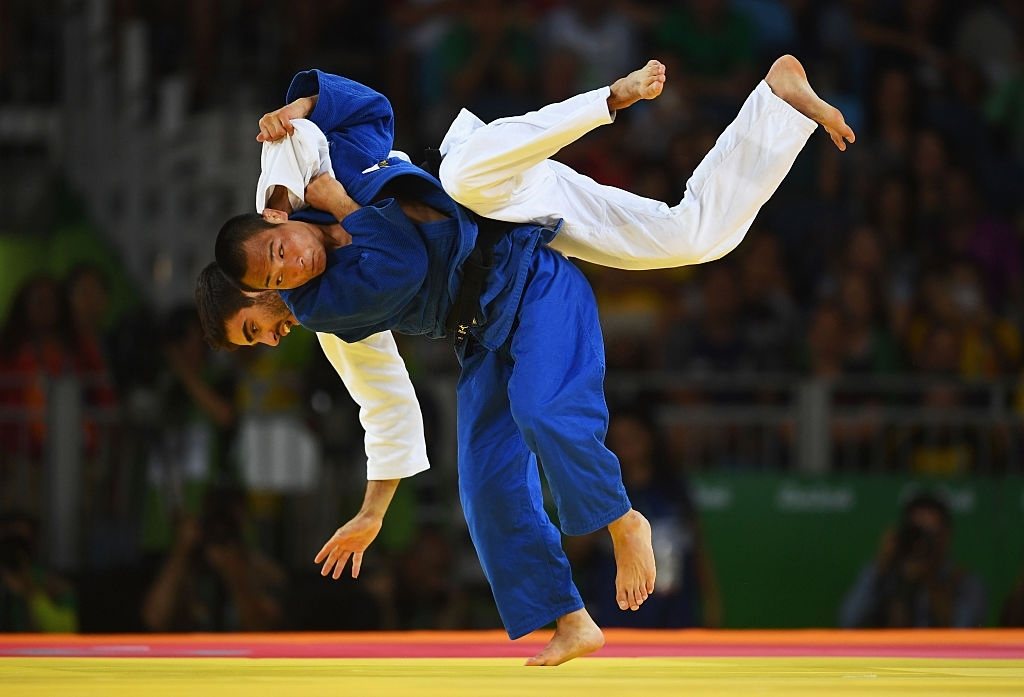 Martial Arts is a sports discipline that is performed in many countries around the globe. Judo is an integral discipline of martial arts and it technically means “the gentle way”. Yet, Judo is an out and out combat sport that requires swift moves and tactics and extreme concentration. The aim of the contestants in a Judo face-off is to take down their opponent to the ground or defeat them with a pinning hold. Another way of achieving victory is by forcing the opponent to submit with a joint lock or a choke.

Both male and female athletes take part in this sport and the participants execute these techniques in the fastest manne possible. A participant lagging behind by points might make a huge difference in the last few seconds and achieve victory. It is a sport that keeps the fancy of the viewers locked on as a moment of look away can cause havoc results in the match. 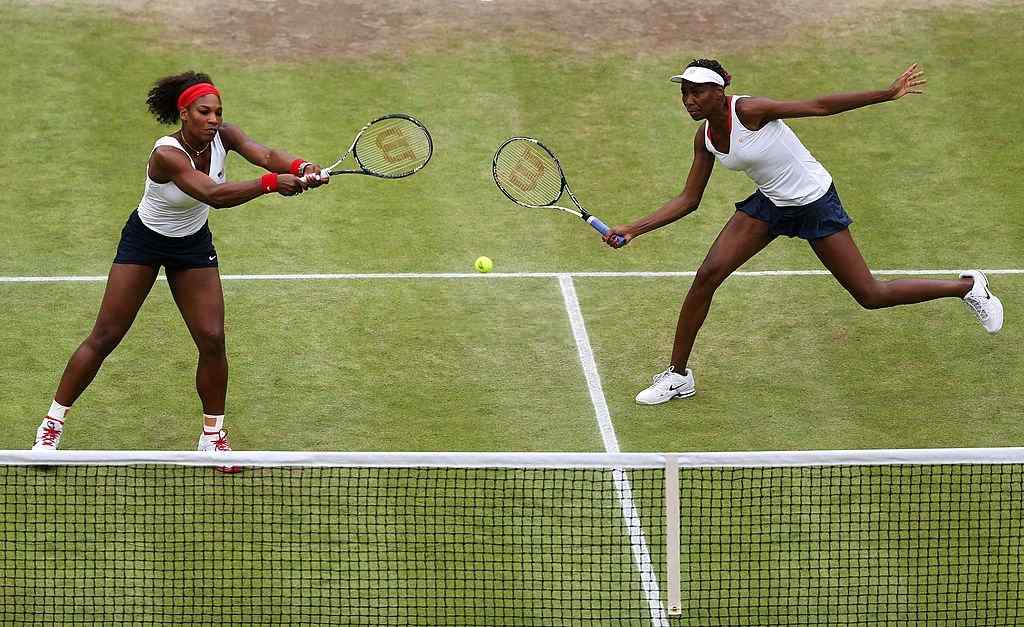 Tennis is a sport that goes on alongside various seasons throughout the year. Every four years the Olympics take place along with the Tennis tournament as well. This event witnesses the participation of top of the charts tennis players. Viewers favour this sport massivley.

The competetion takes place in three sectors that include both male and female players such as: Singles (men/women), Doubles (men/women) and Mixed Doubles. 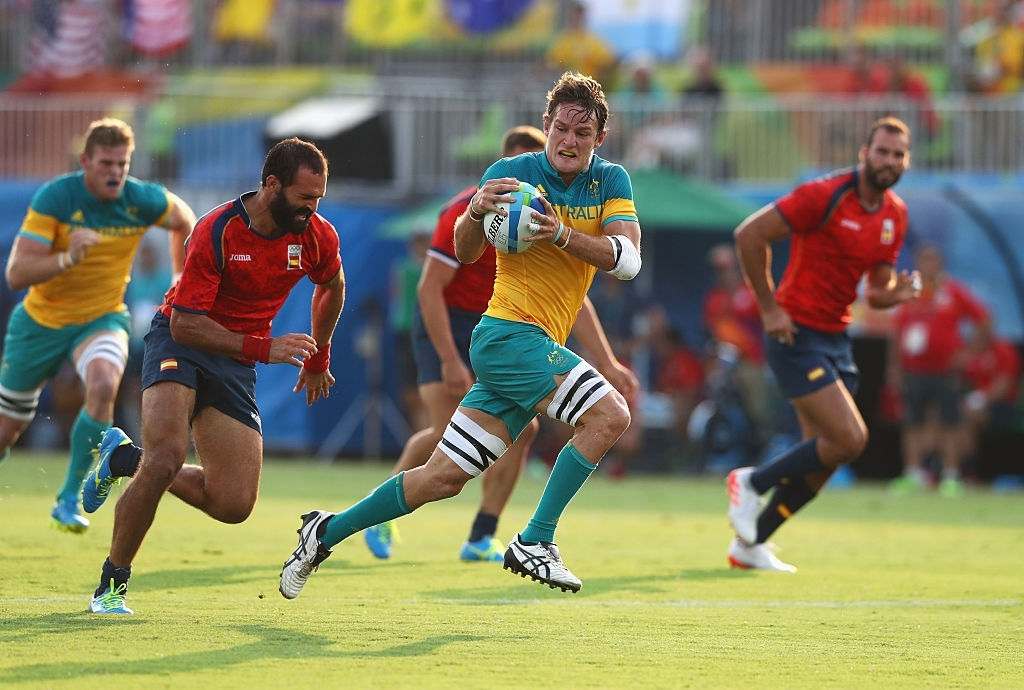 Rugby is a sport that receives widespread fame during the Olympics across the world. Thus it bags a position in the list of the top 10 most popular olympic sports. The agenda of this game is to submit an oval shaped ball into the goal line of the opposition’s end of the field. The athletes achieve this agenda through various actions like running, passing and kicking the ball. It is played by 15 players on each sides or teams. Both male and female athletes are allowed to participate.