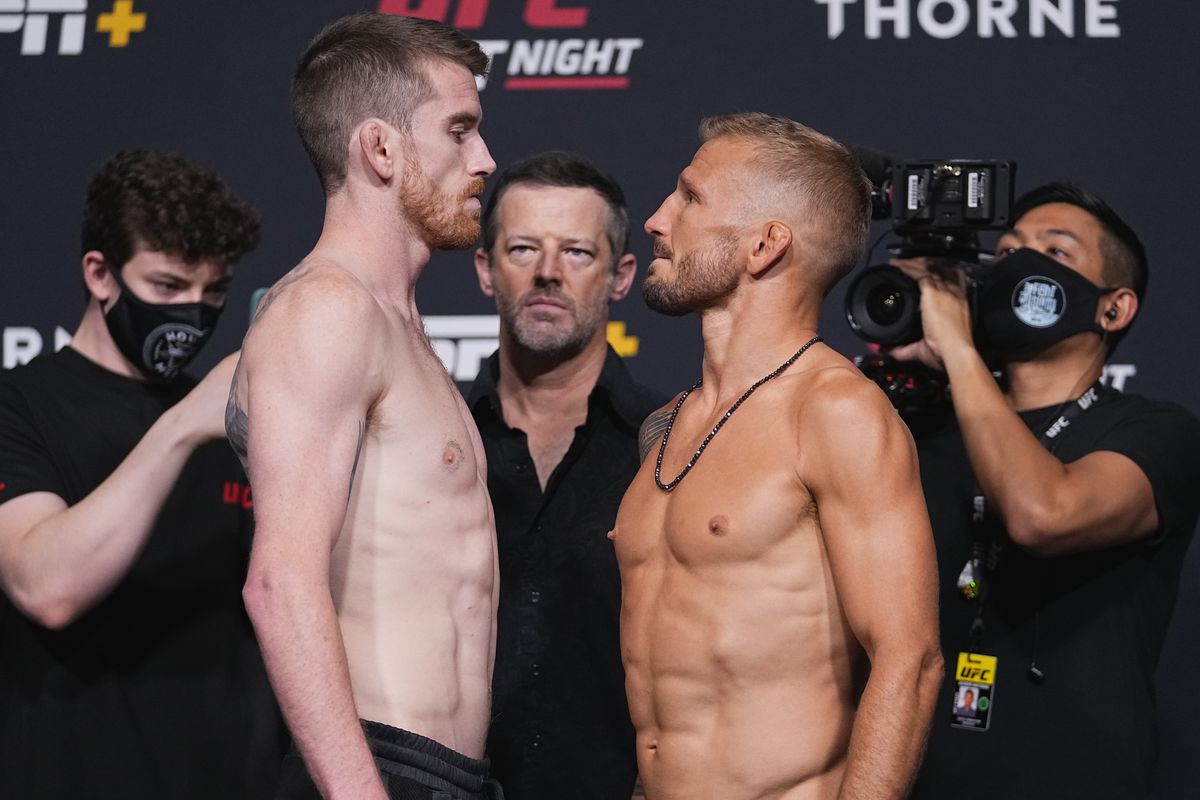 Cory Sandhagen and T.J Dillashaw joined the UFC Vegas 32 last night as the main event, while Kyler Phillips vs Raulian Paiva bout was a co main event. Furthermore, Macy Chiasson vs Aspen Ladd was supposed to take place last night, but Chiasson suffered injury last week. However, there were a total 11 fights at the Vegas 32. Lets see the purse, payouts and results for last night’s fights.

Each fight is important for each UFC fighter, and like that Vegas 32 was important for some fighters. With that note we have listed top key moments from last night’s boyt.