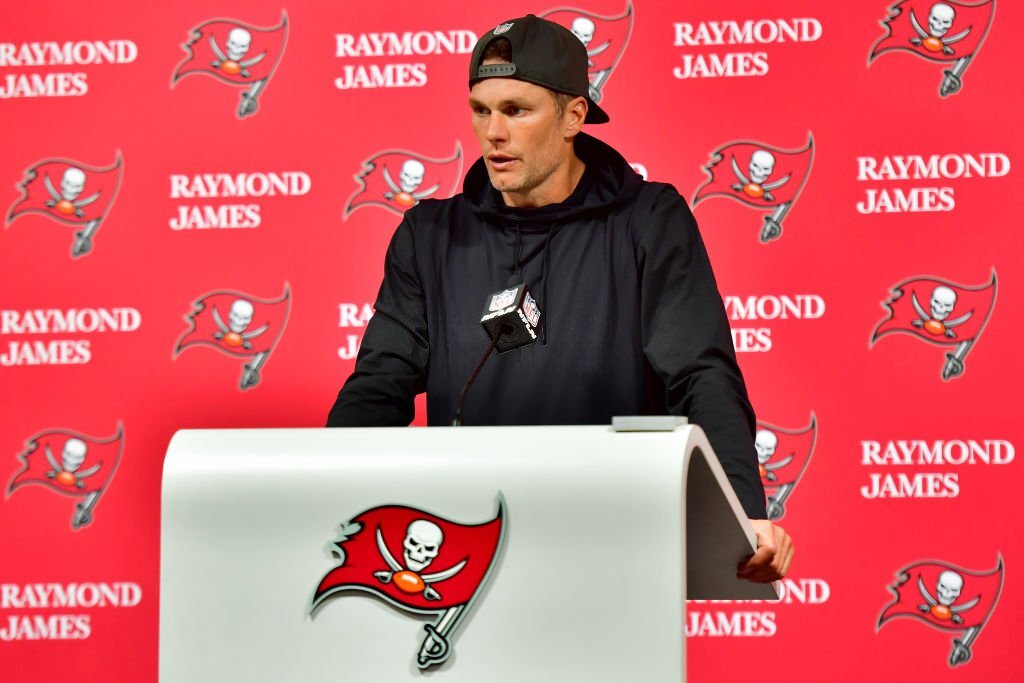 It’s quite an awful incident when a player does unusual activities on the ground and it doesn’t matter who the player is, sometimes they end up losing their cool and The NFL GOAT Brady is of no exception. Tom Brady had annexed his name with an unusual event while playing the last match.

Tom Brady, the quarterback for the Tampa Bay Buccaneers, blasted the NFL Players Association after receiving a $16,444 punishment for a slide tackle on Dallas Cowboys defender Malik Hooker.

If he can't win, he's going to be dirty.https://t.co/JZd6CvTUaT

When the Bucs were losing to the Cowboys in the Wild Card Round of the playoffs, Brady made a sliding tackle in the third quarter. On a play that was first called a fumble (later called an incomplete attempt), Hooker picked up the football, prompting Brady to try the risky-looking slide.

In the most recent episode of his podcast, “Let’s Go!” (hat tip to BroBible), Brady discussed the penalty. To put it mildly, neither the punishment nor the NFLPA has gone down well with the seven-time Super Bowl champions.

Tom stated, “I’m a little disappointed, though, because I tried to tackle [Hooker] with my right shoulder and missed him…And I wasn’t going to try to stick my arm out, so I was trying to get him on the ground. I missed him completely. I didn’t even hit him. I tried to trip him but I didn’t. So, I don’t know how you can get fined for something that didn’t even happen. Are they fining an intention? It’s like targeting and you miss the person you hit, and they still call it targeting. So, I got to figure out and understand why this is the case. This is why I wish our NFLPA was stronger.”

The NFL has penalized Brady before for contentious on-field actions, so this isn’t the first time. While slipping, Brady booted at Baltimore Ravens safety Ed Reed in the AFC Championship Game in 2012. For his infractions, Brady was hit with a $10,000 punishment from the league.

After the 2022 season, Brady’s agreement with the Buccaneers will officially be over. After this year, the 45-year-old will be a free agent and may sign with any club in the NFL, but he hasn’t said whether or not he plans to return for a 24th season.