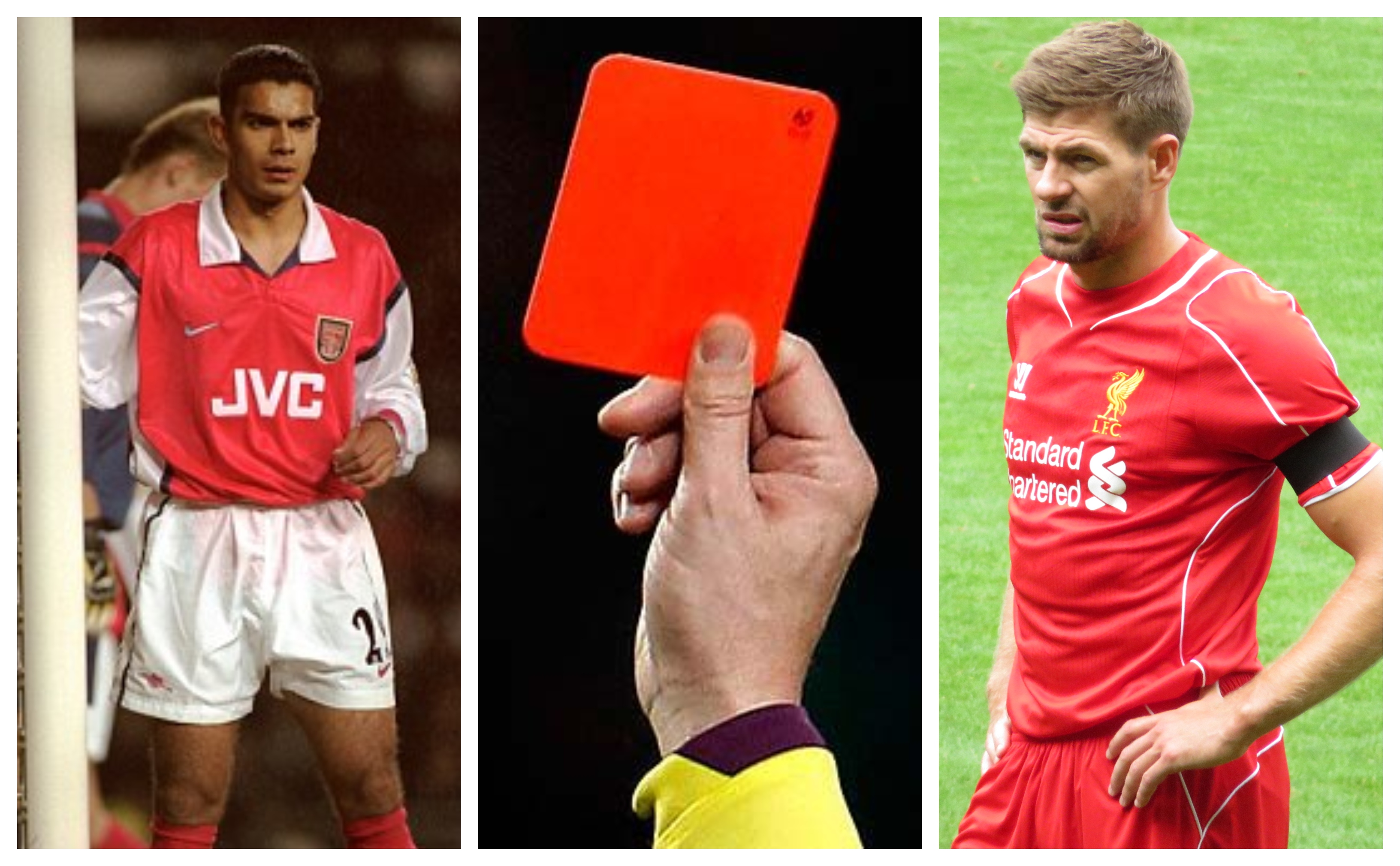 Football can sometimes be weird. Weird in the sense that sometimes the most unexpected things tend to happen when no one imagined it. For many coaches, though, a red card counts as one of those weird moments.

Imagine drawing up a game plan and seeing it all go down the drain, because you would have to finish a game with 10 players, instead of the 11 you practiced with. Inasmuch as this is not ideal, you would sometimes have to question the attitudes of players who are red-carded.

It is often unfair when a player is provoked into getting a red card but, sometimes, it could also be the player’s own fault. Why dive? Why foul a player when you know you are the last man? Why confront a referee? Why kick the ball in anger when the referee whistles against you?

All the above could lead to a red card, but it is totally unacceptable when a professional footballer gets sent off immediately the game starts or immediately he comes on as a substitute. Not only does that distort the coach’s game plan, it also leaves the other teammates with a daunting task of playing with a man less.

On the backdrop of this, we at Sports Zion are chronicling the 10 fastest red cards in football history: 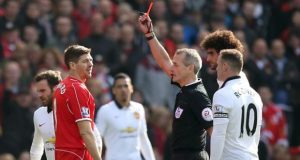 Former Liverpool captain Steven Gerrard is a very respected figure in and outside the shores of England, having paid his dues to football. The 39-year-old led the Reds to numerous trophies, only missing out on the Premier League title in his career.

The Champions League winner is known to often maintain a calm head. As captain, that is the minimum requirement. However, in 2015, Gerrard was responsible for a thoughtless tackle which led to his dismissal in record time.

During a game between Manchester United and Liverpool, the former England international came on after half-time, but lasted just 38 seconds before receiving his marching orders. Gerrard uncharacteristically, but intentionally, stamped on Ander Herrera’s leg. The referee spotted the incident and showed him a straight red card. It goes without saying that Liverpool went on to lose the game to their bitter rivals. 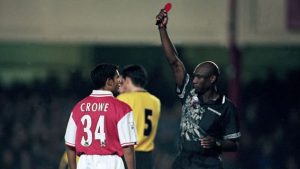 For almost two decades, Jason Crowe was a professional football who played all his life in England. But you wouldn’t know him because he never really played much in the Premier League. Despite beginning his career with Arsenal, Crowe didn’t play enough games for the Gunners and was rather constantly sent on loan before he ultimately joined Portsmouth in 1999.

Rather than make an impact in the game as a ‘Super Sub’, the right-back got himself sent off after a high-footed challenge on Martin O’Connor. The red card came after just 33 seconds of him being introduced into the game.

Thirty-two (32) seconds after Migliaccio came on, he received his marching orders for a very reckless tackle. He went in for a high ball and planted his leg on the back of his opponent. As high as his foot was, a straight red card followed. Atalanta, however, went on to win the game despite their numerical disadvantage. 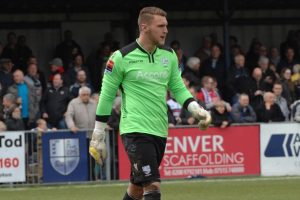 England goalkeeper Mark Smith actually had a very chequered football career, which saw him play for eight clubs, most of which were in the lowers tiers of English football. In 1994, the goalkeeper got himself an unwanted record after being sent off in a Third Division game.

Then playing for Crewe Alexandra, Smith took an early shower, 19 seconds into the game against Darlington. Both fans and players had barely settled in the stadium when the goalkeeper committed a professional foul to deny a goal.

Smith’s sending off became the fastest red card in football league history at the time, before that record was broken at the turn of that decade. To get sent off 19 seconds into a game is, however, a very weird thing to witness these days. 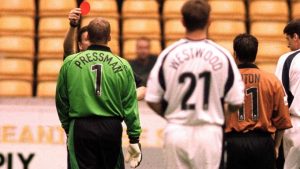 Former English goalie Kevin Pressman totaled more than 500 games at club level before hanging his boots. Although the goalkeeper never quite cut it at international level, the number of club games he played points to a man who was good at his job.

Pressman made over 400 appearances for Sheffield Wednesday, and it was with the same club that he achieved the unenviable record of being sent off after just 13 seconds. He remains the fastest player to be sent off in football league history.

Playing against Wolverhampton Wanderers, the goalkeeper stunned the Molineux crowd when he attempted being a ball-playing shot stopper. He moved out of his goal area to clear a through ball but badly fluffed his lines, handling the ball with his hand. Referee Mark Halsey quickly flashed his red card at the goalkeeper and sent him off after just 13 seconds. 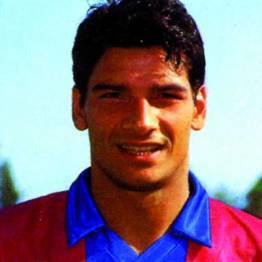 Giuseppe Lorenzo is one of many homegrown players who played all through their careers in Italy. Born in Catanzaro, the 54-year-old’s football career lasted for just a decade and he never had the opportunity to line up for the Italy national team.

Despite all these, Lorenzo’s name is found in the history books when it comes to the fastest red cards received in football history. In 1990, the forward received his marching orders after just 10 minutes during a game between Bologna and Parma.

Lorenzo ignored all rules of the game and smacked an opposition player in the face. Violence is abhorred in football, so the referee duly showed him a red card. It was just 10 seconds on the clock when the striker got himself sent off. 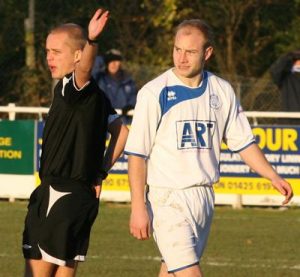 Three seconds is all it took for David Pratt to receive his marching orders during a Southern Premier League game between Chippenham Town and Bashley in 2009. The defender let the whole Chippenham Town team down when he went in for a double-footed challenge very early in the game.

Pratt took out midfielder Chris Knowles with a dangerous challenge, sparking a brawl between players of both teams. For such a challenge, it was hardly surprising that the referee wasted no time in sending him off.

The surprise, though, is that the three seconds Pratt took to receive the red card is not the fastest sending off in football history. In fact, three more incidents are still to come in this article. I guess that should bring some respite to Pratt and all the other players listed above. 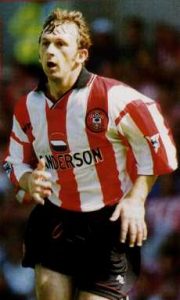 How is it possible for a player to get sent off after just two seconds? Lee Todd has the perfect answer to this question. For the retired Englishman is the player who actually owns this unwanted record. He may not have had a distinguished football career, but this early red card puts him in the top three fastest red-carded players of all time.

Todd, surprisingly, was not sent off for a dangerous tackle or for diving. Rather, the former defender received his marching orders following a foul-mouthed rant at the referee during a Sunday League game between Cross Park Farm and Taunton East Reach.

He is reported to have yelled “f**k me, that was loud!” after he referee blew his whistle for the start of the game. As close as Todd was to the ref, the official heard it and decided to send off the defender. That’s how Todd received his marching orders after just two seconds. 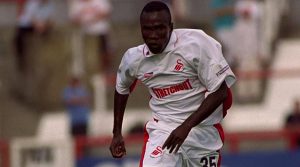 Former Jamaica international Walter Boyd once ‘miraculously’ got red-carded after zero seconds. The striker got his sending off when he came on as a substitute in a Division Three game between Swansea City and Darlington in the year 2000.

The Swans had won a free-kick and were about to kick the ball into the opposition box. However, there was still time for some drama, as a scuffle led a bit of pushing and tugging by both players. In the process, tempers flared and Boyd ended up elbowing an opponent.

Referee Clive Wilkes saw the incident and showed the striker a straight red card for his violent act. In the end, the free-kick had barely been taken when Boyd got sent off. That was practically zero minutes after he came on. 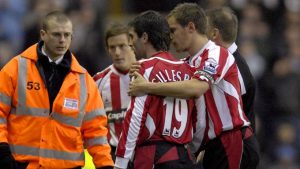 Former Northern Ireland winger Keith Gillespie is first on the list of players to have received the fastest red card in football history. The 44-year-old played for a number of clubs in England, including Sir Alex Ferguson’s Manchester United.

While playing for Sheffield United, though, Gillespie got himself sent off for a truly sheepish and inexcusable action. The Blades were facing Reading in the Premier League and Gillespie was introduced into the game as a second half substitute.

Rather than help his side win to the game, Gillespie swung his elbow at Reading midfielder Stephen Hunt just when a throw-in was about to be effected. Play hadn’t even started when Gillespie received his marching orders for that thoughtless action.