10 Promising Wonderkids who Failed to Reach their Potential 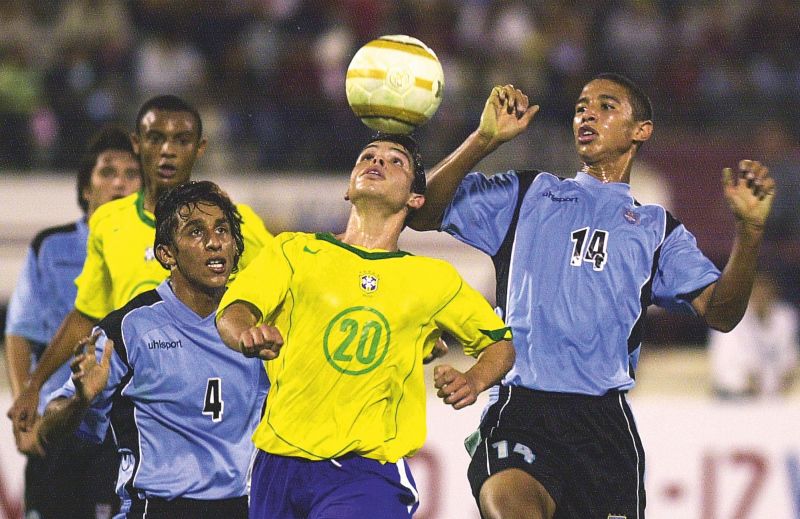 Many stayed halfway because they couldn’t maintain his skills. Others received bad accompaniment from their surroundings that left them out of sport. Whatever the cause, these children had all the necessary skills to become successful players in football.

Several of these wonderkids are remembered by fans who heard their name many times. However, they are currently poorly recognized as they have not achieved the success they projected. Because of that, they became the most popular wonderkids failed to reach their potential in football history.

In the history of football, there were many wonderkids that failed to achieve the expected success. However, these 10 are the most popular and recognized within the environment of this sport: 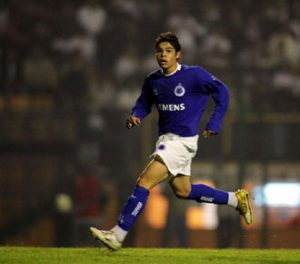 One of the biggest disappointments that Brazilian football fans took away. This young promise was destined to be the next Ronaldinho. He played as an attacking midfielder, and he had a great ability to haggle rival defenses.

With a promising career this young player jump to stardom at his 17. Everyone thought that he would succeed quickly because his mesmerizing skills. However, this young man did not do it well and his career was ruined quickly.

He began to impress in this sport along with the Brazilian national team U17. There, he stood out for his skills at the time of haggling, His future was clearly promising and he moved to Inter Milan. Unfortunately, he failed to achieve success in the Italian team.

After his short time in Italy where he did not play a single game, he was completely erased from the world of football. He passed through several teams where he was unsuccessful and decided to retire early becoming one of the best known wonderkids failed to shine. 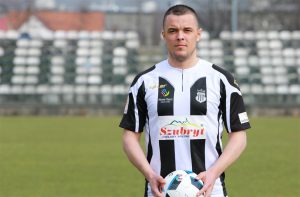 Janczyk in one of his last teams

The situation of this player is quite particular. He is one of the few wonderkids failed in football that reached a respectable level within this sport. Despite never having stood out in the major European leagues, he managed to play for several small teams standing out in them.

During his childhood, he had already drawn the attention of all the teams in his country. He became extremely famous in Poland after his excellent performance with the national team U20 during the World Cup. In his national team U20 he was the best player in the team.

This led him to be on the lips of all fans who expected to see him soon in the big leagues. However, he couldn’t reach the major European leagues. His career failed to take off beyond a step in Russian football and was quickly forgotten by fans. 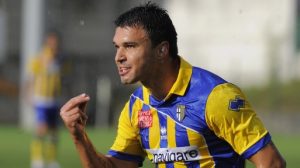 The biggest surprise in Belgian football was Valeri Bojinov. This young footballer was on his way to becoming the best player in his country at his young age. He was one of the youngest players to debut in the Italian Serie A, and outlined to become one of the best players in history.

His skills were quite good for his short 15 years. At this young age, he already played as many 30-year-old professionals. This led him to be one of the youngest players to debut in the Serie A. In addition, he managed to take a fairly long step for the best teams in Europe.

Unfortunately, he didn’t do well in his sports career. During his youth, he went through several renowned European teams. However, none managed to make a big difference with him. This led Bojinov to quickly end up in oblivion of the public disappearing from the major European leagues. 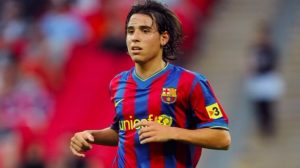 One of the most unfortunate cases in the world of football is the one with this Israeli player. At a young age, he was already beginning to demonstrate his great soccer skills. This led him to be quickly signed by FC Barcelona who saw him as a great prospect of legend.

He had a very promising career in Barcelona B where he was directed by Pep Guardiola. The relationship with this football manager was always very good. This led him to have a brief debut within the starting team during some games.

Unfortunately, when his career was on the rise he suffered a hard injury that left him off the field for a whole season. Since then, his career went down and he never recovered. After going through several teams, he ended up being forgotten about the world of football because of this injury. 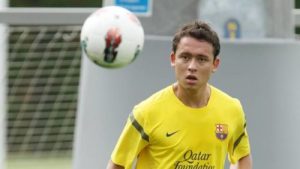 This Brazilian soccer player passed to the history of soccer as one of the worst acquisitions that Barcelona has made in his history. At 19 years old, he was already emerging as a great football legend thanks to his skills. His career began in Coritiba where he scored 21 goals in the Brazilian league.

This striking performance in someone so young, quickly alert Barcelona. The Spanish team paid a sum of 14 million euros for this player. However, the performance of this player was far from meeting the expectations they had in Barca.

Quickly this young man was loaned to Benfica in Portugal where he had a bad season. he couldn’t stand out from his teammates and he turned Barcelona’s investment into a complete failure. After returning to Barcelona in the middle of the season, he was loaned to Fiorentina. In the Italian team he failed to stand out from the rest and became one more player within the team.

Despite not being a bad player, he was not up to the expectations of the public or football managers. This led him to disappear from the major European leagues. Finally, he just returned to Brazil where he became a wonderkid failed to shine. 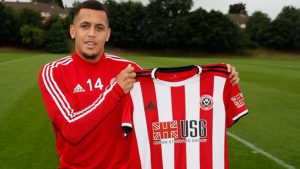 One of the biggest promises out of Manchester United was Morrison. Sir Alex Ferguson himself, one of the best football managers in history, outlined this young man as one of the best soccer players in the world. Clearly, he was not so and his football failure was resounding.

During his career he took his first steps through Manchester United where he was on his way to becoming successful. However, he failed to stand out in any team during his career as an adult and he spent his time moving from team to team without forming a career. Among the teams where he played, West Ham, Birmingham City, QPR, Cardiff City, Lazio, Atlas, Ostersunds FK and Sheffield United are named.

This wonderkid failed to stand out in the football environment. Despite having Ferguson’s support, he did not live up to expectations and was quickly marginalized from the major European leagues. 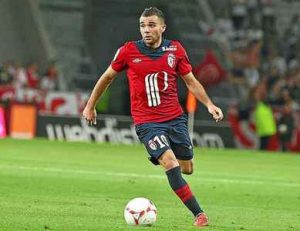 Martin during a match

One of the greatest tragedies in French football was the one with this player. This wonderkid failed to shine had one of the most promising races in this ranking. During his first years as a professional, he had a great season in which he gave 19 assists in 37 games. This led him to be on everyone’s lips because of his abilities.

Many began to follow the career of this player. In Sochaux he had his best football moment where he jumped to stardom at such a young age. All Ligue One was talking about this player who promised to become one of the best players in France.

Thanks to the insistence of the public and the media, he was summoned to the Euro Cup 2012. In it, he had a pretty good performance where he managed to show that he had the talent to become a good footballer. Unfortunately, the joy lasted little since after this cup his level of play began to fall rapidly.

After signing for Lille as a replacement for Hazard, this young man was on his way to becoming a star. However, he was unable to maintain his good level of play and develop a bad season in this team. Because of this, he went through several teams in France until he finished in Ligue 2.

Currently, he is playing in FC Chambly. This team of the second French division, hired this player who still had no debut within the team. It is clearly shown that he completely lost his promising football skills. 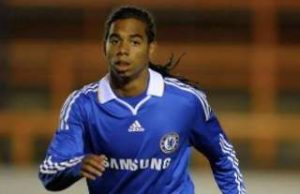 Paim during his Chelsea’s step

Paim is one of the most popular examples of wonderkids failed to reach their potential. Fans can’t believe as a young man who had the support of Cristiano Ronaldo has failed in football. Cristiano himself said that this young man would be better than him.

It is more than clear that Ronaldo was wrong, this young man was not even close to beating Cristiano. With a career started in Sporting in Lisbon, this player showed quite good skills for his age. Many thought he would achieve success quickly, but this was not so.

This young man’s soccer skill disappeared quickly. He couldn’t reach any important team in Europe since he never managed to show a good football level except during his youth. This led him through several teams around the world without success.

This young man made a football World Tour through America, Asia and Europe. However, he couldn’t stand out in any team and was quickly erased from the world of football. He is still playing at Leixoes of the second league of Portugal. 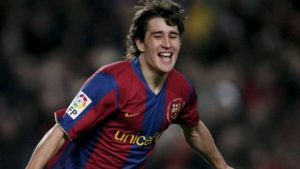 One of the most remembered players by Barcelona fans is Bojan. This wonderkid who failed to achieve success, failed to form a great football career despite his excellent skills. However, he is remembered by several Barca fans for his good performances in the Spanish team.

During his childhood, he trained as a footballer in La Masía along with Messi and other popular soccer players. There, he began to demonstrate his first indications that he would achieve football success. He even scored more goals than Leo Messi himself and his performance was superior to his.

During his time at Barca, he left a more than respectable performance when he won several championships. In the Spanish team, he won 3 leagues in Spain and 2 UEFA Champions League. However, his problems began when he decided to leave Barcelona.

After leaving Barca, he went through Italian, German, Dutch, English and even Canadian football. In all the teams where he played after leaving Barcelona he showed poor performance. This failure led him to be strongly criticized by the sport media.

His poor performance led him to be forgotten by the world of football. He is currently playing at Montreal in Canada demonstrating that his career has stalled. 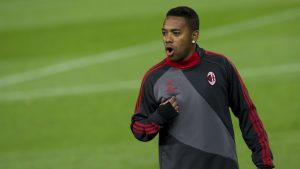 This young promise of Brazilian football was on its way to becoming the best player in the world. His skills were quite good and he had already managed to get the attention of several important teams in his youth. His best football moment was in Santos of Brasil.

With this important Brazilian soccer team, he got 2 leagues from Brazil. In addition, he became an undisputed starting player despite his young age. His skills were fundamental to the team as he scored 81 goals in his first 4 years within the team.

This excellent present that he was having, at such a young age, caught the attention of all the teams in the world. He was quickly signed by Real Madrid who had the idea of ​​making him the best player in the world. Despite having had a good performance in the Spanish team, he was far away from meeting the expectations of the public.

His football career continued in great teams like Manchester City and AC Milan. In both teams he showed a fairly regular performance that did not leave fans completely satisfied. From this moment, his career plunged away from the major European leagues.

Currently, he is playing in the Istanbul Basaksehir of Turkey. His career quickly plummeted from the major European leagues to the Turkish league.

These are the 10 wonderkids failed to reach their potential. Although there are many wonderkids that could be in this ranking, these are the most popular in the football environment. Many of these young people were prospects of legends. However, they failed to meet this goal and became part of this ranking.