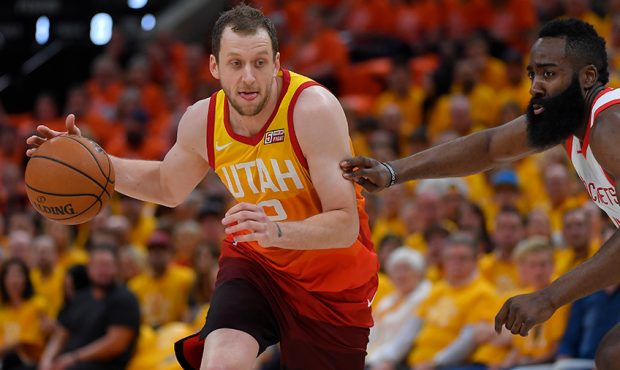 Many players such as LeBron James, Kawhi Leonard and Kevin Durant are versatile and for that reason, they are playing as small forwards. They can do just about anything; shooting, dribbling, rebounding, passing, you name it.

Since the position is “average” in terms of height and physicality, a small forward must fulfill functions that range from the distribution of the ball to sparking fast breaks and transitions. In addition, they should help teams to rebound the ball and offer good performance with perimeter offense. The ability to shoot three-pointers, of course, is a requirement to all players who play this position, unless they are able to make it up in some other aspects of the game.

Traditionally a small forward is a multifunctional player, designed to be operate in the perimeter area and open the outside game. Several of the best players in history have been small forwards: Larry Bird, Scottie Pippen, John Havlicek or Julius Erving. This list features 10 of the best small forwards in the league right now. 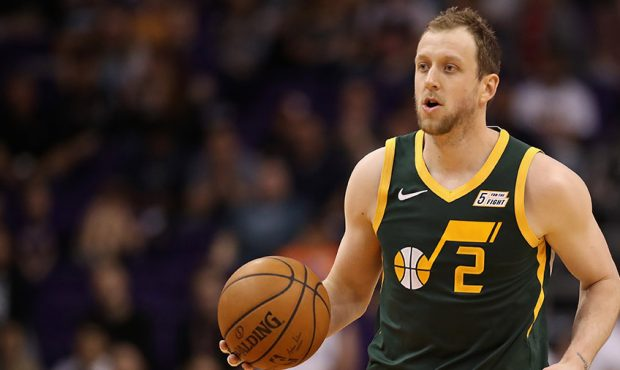 Ingles is a regular in this list due to his versatility, great shooting and basketball intelligence. This year he will have to adapt to a new role due to the addition of Bojan Bogdanovic to the Utah Jazz. Apparently in pre-season, he started the matches off the bench, bringing his experience and prowess to the second unit.

His playmaking and passing abilities are some of his best strengths. Not only did he contribute 5.7 basket passes per game, but he was the small forward with the sixth-lowest turnover (2.43). In the recent World Cup, he once again showed his great ability to find well-placed teammates, ranking the sixth-highest in assists in the tournament (5.6).

However, his biggest offensive weapon is undoubtedly the three-pointers. In the previous season, he shot 39.1% from beyond the line with 2.3 three-pointers scored per game. His shooting mechanic makes him a lethal player from long distance and his great game reading allows his teammates to easily find him. 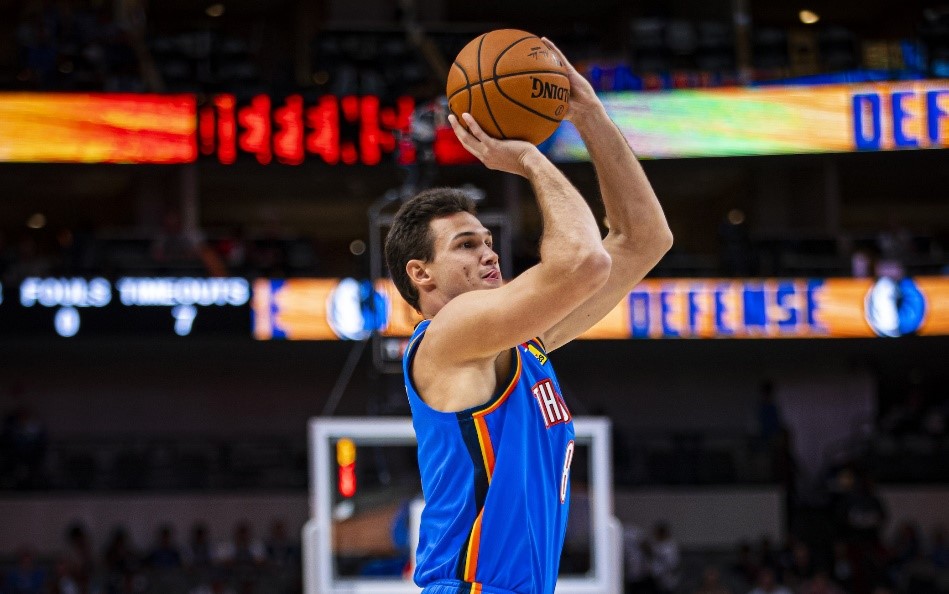 The Italian is traded to Oklahoma after having played his best season in Los Angeles. The franchise has undergone a radical change this summer, with Chris Paul and Gallinari as cornerstones. Although the most painful have been the gaps left by Westbrook and George, the two newcomers are trying to fill in their big shoes. For his part, the forward faces an arduous task by having to replace one of the great names in the league.

He must act as a leader for a group of players with not too much experience. For this, he must be more than just a fantastic scorer and should try to contribute in aspects such as playmaking and defense which have never been his strengths.

Without a doubt, what he does best is scoring as he averaged 19.8 points per game last season which is his career-high. His shooting beyond the arc was excellent; he made 43.4% of his three-pointers, seventh-best among those players who participated in 65 games or more. He is also an accurate free throw shooter with 90.4% of free throws go into the basket. 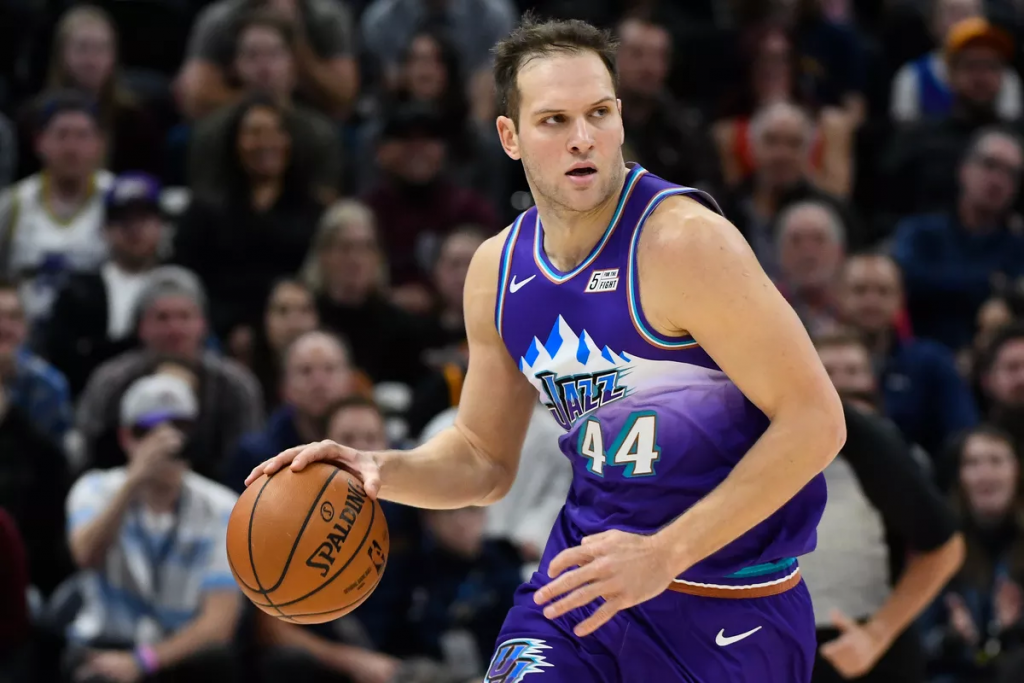 The other international small forward that play for the Utah is Bogdanovic. Signed as a free agent for 73 million/4yr, he should be the titular piece. In an eminently defensive team like the Jazz, he will take an offensive reference role after Mitchell, contributing outside shooting from the three-point line.

Defensively, he doesn’t stand out so the opponents will try to exploit that weak point. Snyder should conceal his weakness in the best possible way. However, his talent always lies on his offense. In 2018-2019 he was able to contribute 18 points per game, more than any Jazz player, except Mitchell.

Not only is he a great scorer but he has a rather high field goal percentage especially the three-pointers which he shoots 42.5% accuracy. For a team that emphasizes outside shooting in their offense like Utah, he can be a key player to earn a spot in the playoffs.

At the moment, Bogdanovic seems to be leading the fight for the starting forward position, but this could change throughout the season. Consistent performance in offense and some defensive improvements will solidify his starting position in the team. 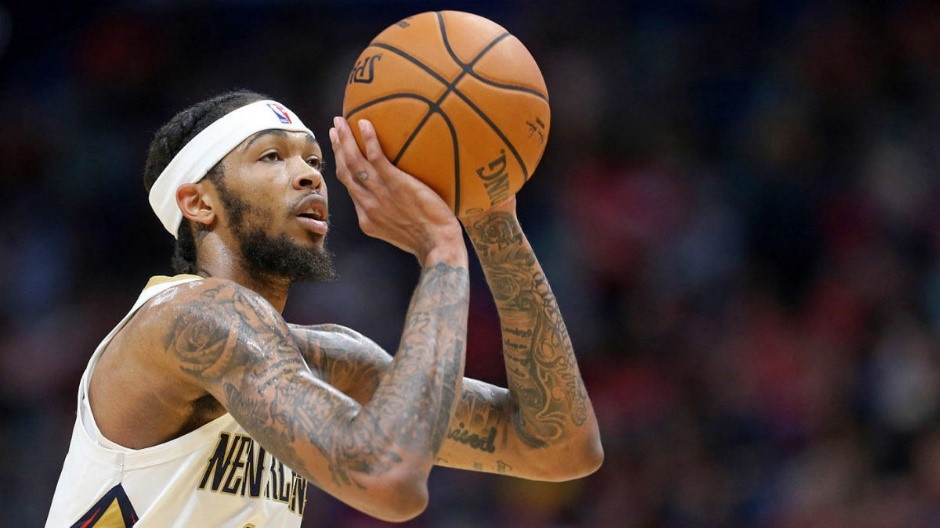 He has taken a big leap after being a part of the biggest transfer of the summer, which has taken him along with several of his teammates to New Orleans in exchange for Anthony Davis. In his new chapter, he will no longer be in the shadow of LeBron.

In New Orleans, Ingram is likely to play with less pressure due to the expectations of the team, much lower than those of the Purple and Gold. His eternal comparison with Kevin Durant due to the similar physique of both has never played in his favor, but this seems the perfect season to prove that.

He has been outstanding recently, having averaged 18.3 points per game last season, although he should had exceeded 20 points per game and became the top scorer of the squad. It will be important to improve his three-point field goal percentage since it only reached 33% last season.

Ingram should take advantage of his current situation to be an important piece in the team. Leadership is another aspect in which he still does not seem to have stood out. Although it is not the only facet, at the moment it seems like the player is too one-dimensional. He should intensify his defense and become more aggressive on this side of the game. 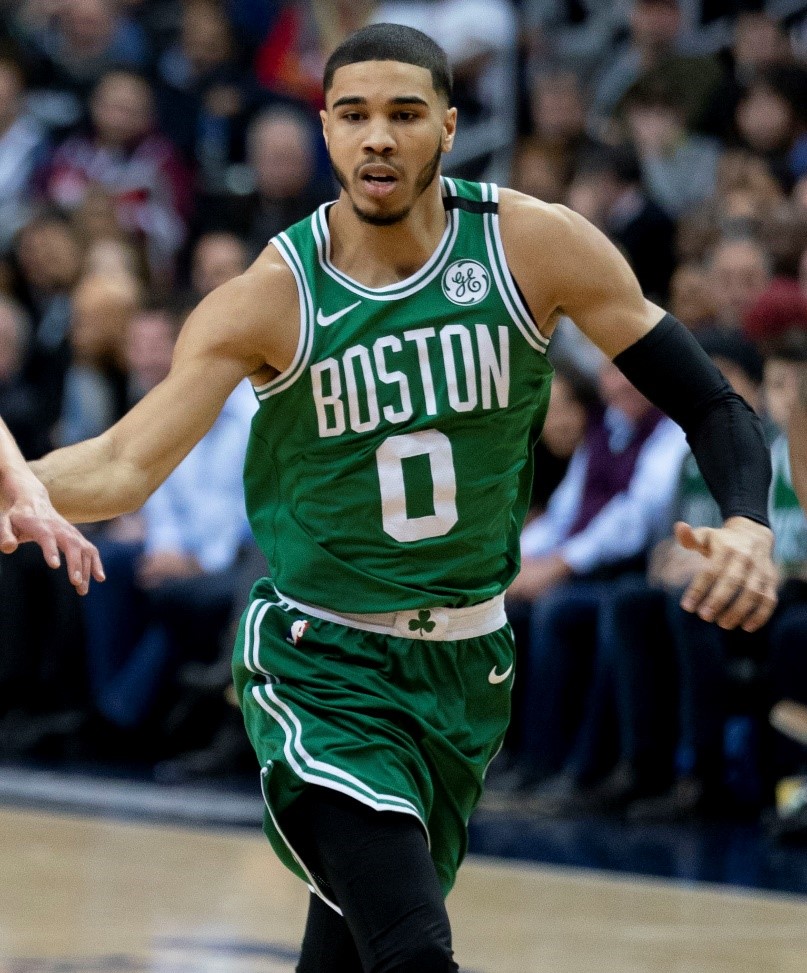 After a strange season with the Celtics in which they didn’t meet their goals, Tatum and the rest of his teammates seek to make up for their mistakes this season. The former Duke must assume more responsibilities after the departure of Irving and Horford. The new environment in the dressing room will be an important factor for the development of Celtics’ young core.

Last season was a setback for Tatum. He continued his solid scoring with 15.7 points per game, although his percentages of field shots made (45%) and three-pointers (37.3%) declined since his rookie season. Tatum taking too many midrange shots was one of the most criticized parts of his game, so this season he will have to attack the hoop more which is something very needed in Boston.

Defensively, he has a very supporting physique and even though his performance has not been bad, it is a part that must be improved if he wants to be an All-star this season. Likewise, offensively he must drive to the rim more often considering he is a part of Brad Stevens’ system that is based on the off-ball movements and the creation of spaces. 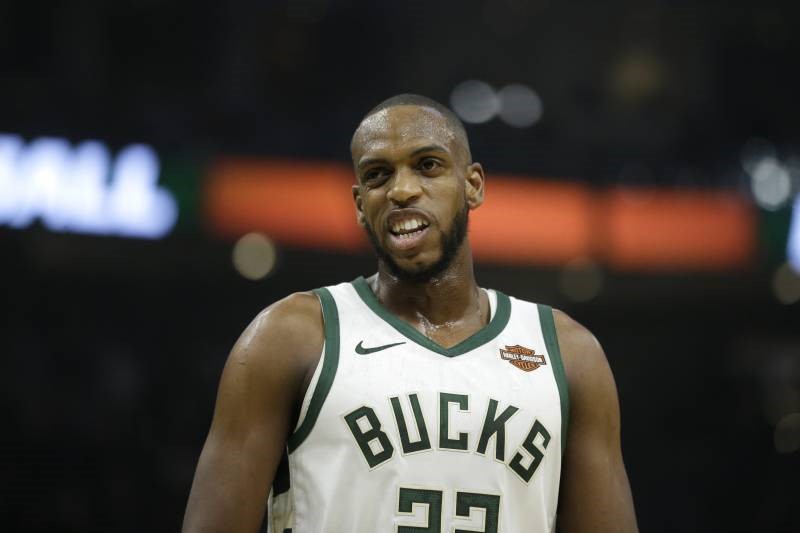 Despite having to live beneath the shadow of the current MVP, Middleton has managed to perform consistently. Last season, he was named an All-Star and he just signed his first major contract with the Milwaukee franchise.

He excels in three-pointers as he launched 6.2 shots beyond the arc per game, making 37.8% of these in the 2018/19 season. His performance as a scorer from long distance is key in Budenholzer’s scheme, as it decongests the area and allows Antetokounmpo to face no traffic on his way the basket. His 18.3 points per game were vital for a team which ranked fourth-best offense last season.

But it’s not only his points that have led Milwaukee management to bet on the forward. His prowess in defending is undeniable. Among those players with at least 75 games, he ranked thirteenth in defensive rating (104.2) and third in lowest opponent’s field goal made (43.4%). Besides, last season he also registered 4.2 assists per game which is a great addition for a complete small forward like him. 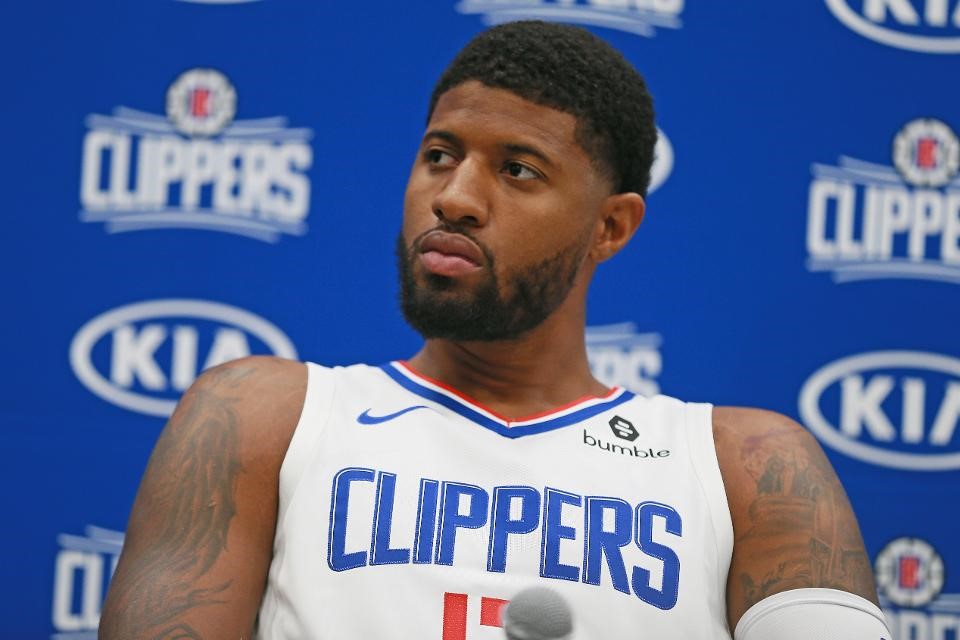 The Californian forward joins forces with Kawhi in Clippers and try to reign in the city of stars. After having played his best season as a professional, he will try to up his game again and win his first ring. Although his injured shoulder will not allow him to play at the start of the season, he and Kawhi will have to quickly sync their games if they are to contend for a title.

His 28 points, 8.2 rebounds, 4.1 assists and 2.2 steals last season earned him a case for himself as a MVP and DPOY candidate.

The keys to his performance seem to be the healing of his shoulder injury and the ability to empathize with his new team especially with the other stars of the squad. It will be important to see how the injury will affect his shot and if he is able to perform consistently like last season in which he made almost 4 three-pointers per game with 38.6% accuracy. 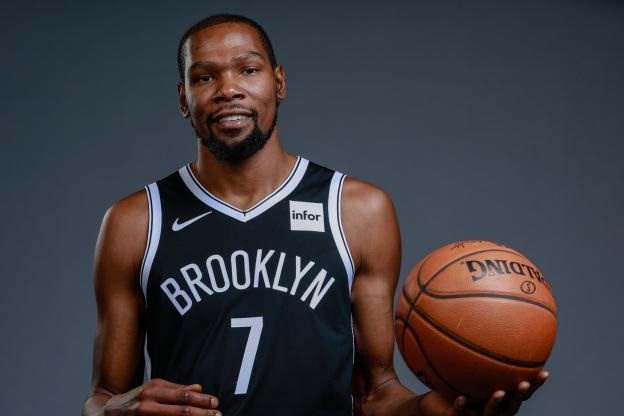 The unfortunate Achilles tendon injury surely sidelines Durant this season. Despite this, his signing for the Nets and the partnership he will form with Irving causes great excitement around the league.

After another great season, only Kawhi and the Raptors prevented the Warriors from a three-peat. As always, his scoring ability was voracious, averaging 26 points. In addition, his 52% accuracy in field goal was the fourth-best among players with more than 20 points.

In addition to being one of the best scorers in the league, there were other facets of his game in which he stood out such as playmaking. His 5.9 assists per game was the eleventh-best among those players with more than 75 games and his 2.03 turnovers per game as the ninth-best mark among forwards. For these reasons, he is one of the biggest threats offensively, a reputation he hopes to cement again when he returns to the court. 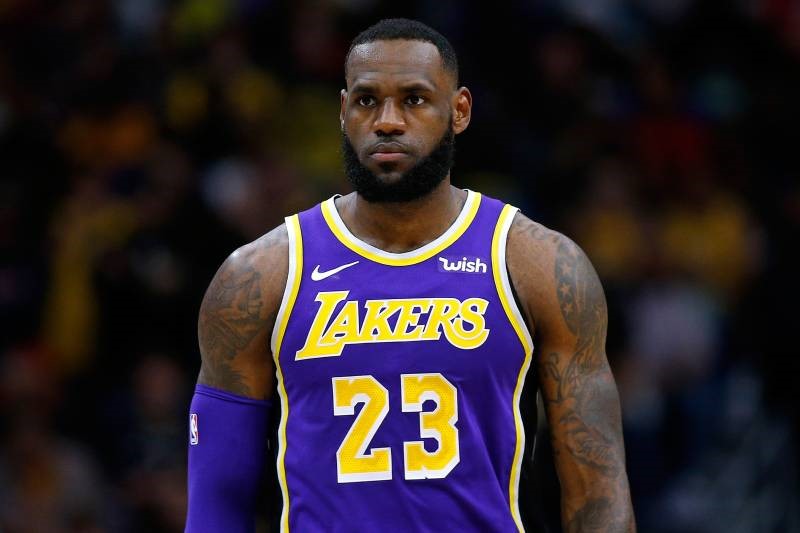 The King will seek to rise again for a title. For this, he got a new ally, Anthony Davis, although this means losing the young core of the franchise. With the former Kentucky, he will form a formidable duo that will rival that of the Clippers. This season, the city of Los Angeles will be a battlefield, considering they have two of the best duos in the NBA.

Last season was a failure for James and the Lakers. They did not earn a place in the playoffs and the team’s play was appalling. Still, James managed to be the fourth-highest scorer and ranked fourth in assists in the league although he only played 55 games.

However, he starts to show signs of declining. His defense has received the most criticism. The low intensity and miscommunications have been very normal for the small forward. If his goal is a new ring, he should pay special attention to this side since it will not be enough to rely only on Davis’s incredible defense. 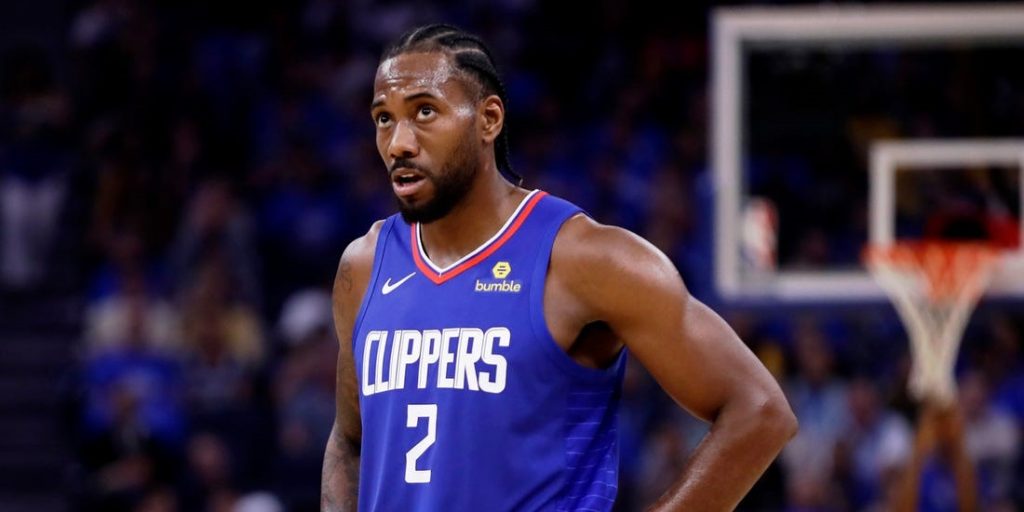 After his second Finals MVP, Kawhi returns to his home to play for the Clippers. He thus becomes the first Finals MVP not to start the next season with the same franchise. After a regular season of much rest, in which he only played 60 games, he displayed an unstoppable performance in the post-season.

His 26.6 points, 7.3 rebounds and 3.3 assists improved to 30.5 points (fourth-best), 9.1 rebounds and 3.9 assists in the playoffs. Thanks to this stat line, he has reaffirmed his status as one of the fiercest superstars in the league.

This season, he will look for another ring and another Finals MVP. For this, he will have the luxury to play with Paul George. Both are players with great defensive potential and Doc Rivers will have to manage the two stars wisely.

The superiority shown by Kawhi in the Playoffs is a case for his candidacy for the MVP award. The number of games he will miss and the team record will be two determining factors. The Klaw is a two-way player and this may be the season that leaves his name engraved in the league history.