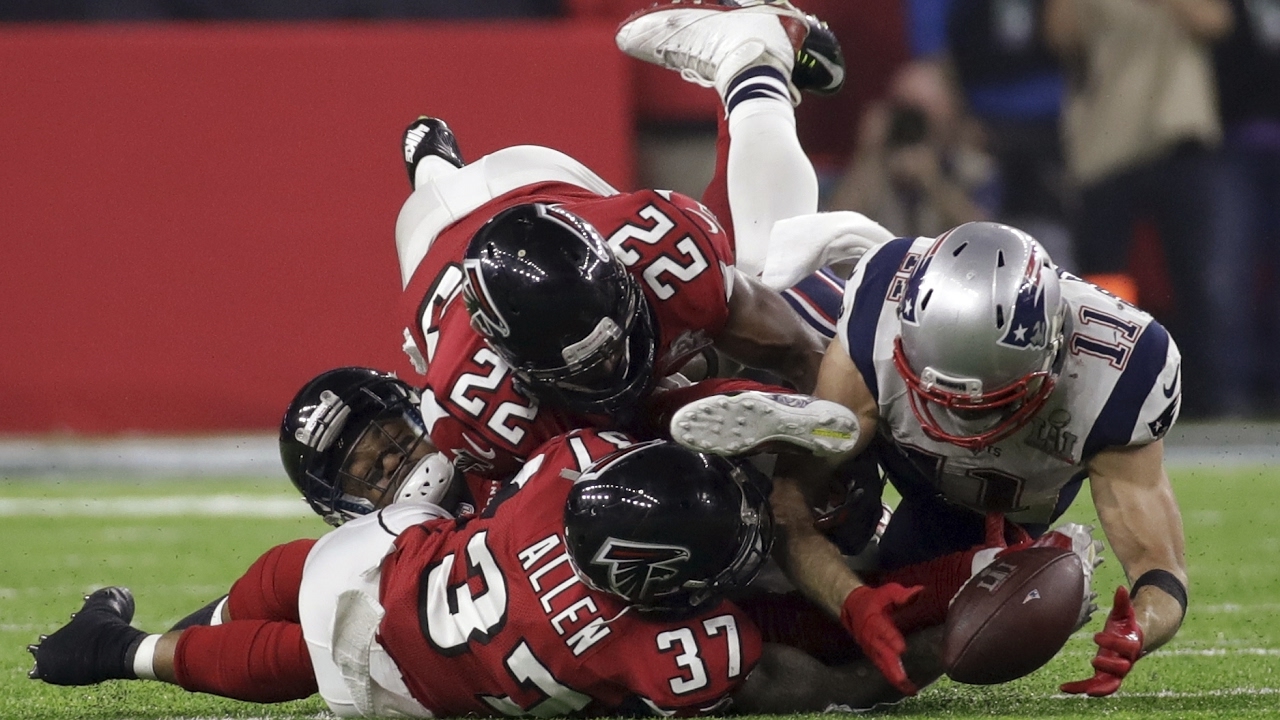 However, some moments stand out more than others and here, we take a look at the top 10 clutch moments in Super Bowl history: 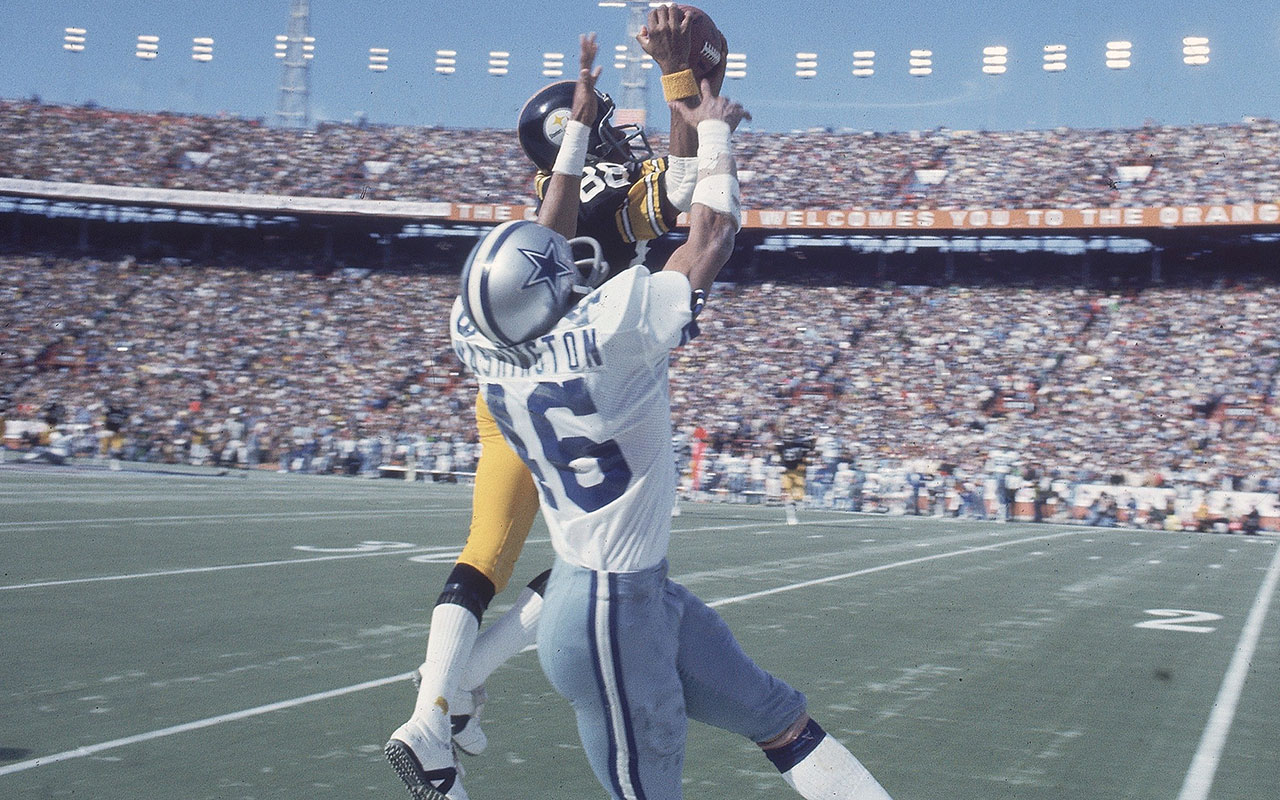 Lynn Swann might not be the most renowned of NFL receivers, but his performance in Super Bowl X means he will long live in the memories of Pittsburgh fans.

Swann dominated the Cowboys defense in this contest, making a series of outstanding grabs to keep his side in the contest.

Swann’s catch while tight-roping the sideline remains one of the greatest catches in NFL history and he almost topped that effort twice in this contest alone.

He produced another incredible catch while falling to the ground to move the chains 53 yards and capped off a sensational performance with a 64-yard touchdown catch that sealed the victory for the Steelers.

Swann was named Super Bowl MVP for his superhuman efforts in this contest. 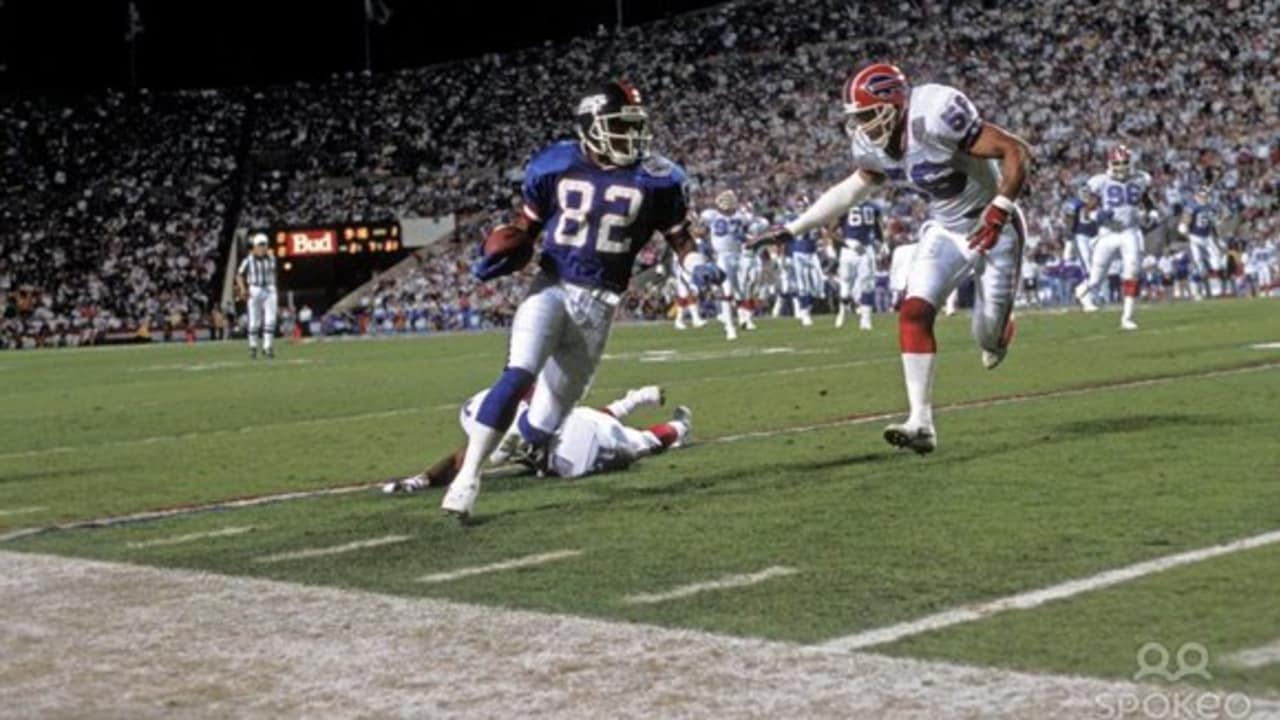 Although this game is remembered for Bills kicker Scott Norwood’s missed field goal during the dying stages of the contest which cost the Bills the Super Bowl, Giants receiver Mark Ingram’s contributions deserve to be in the spotlight.

The Giants knew they were outmatched by the Bills heading into this contest, and hence employed a ball-control strategy to keep the Buffalo offense off the field for as long as possible.

The strategy seemed to be working as despite being down 12-10 early in the third quarter, the Giants seemed in position to strike.

A 75-yard, 14-play drive took a whopping 9:29 off the game clock and put the Giants in command of the game.

Mark Ingram produced a sensational play on third-and-13, catching a short pass and breaking five Bills tackles to secure his side a crucial first down and keep their drive alive. The Giants would end up scoring a touchdown on the play and managed to hold on for the crucial victory.

#8. The Diesel comes to the party 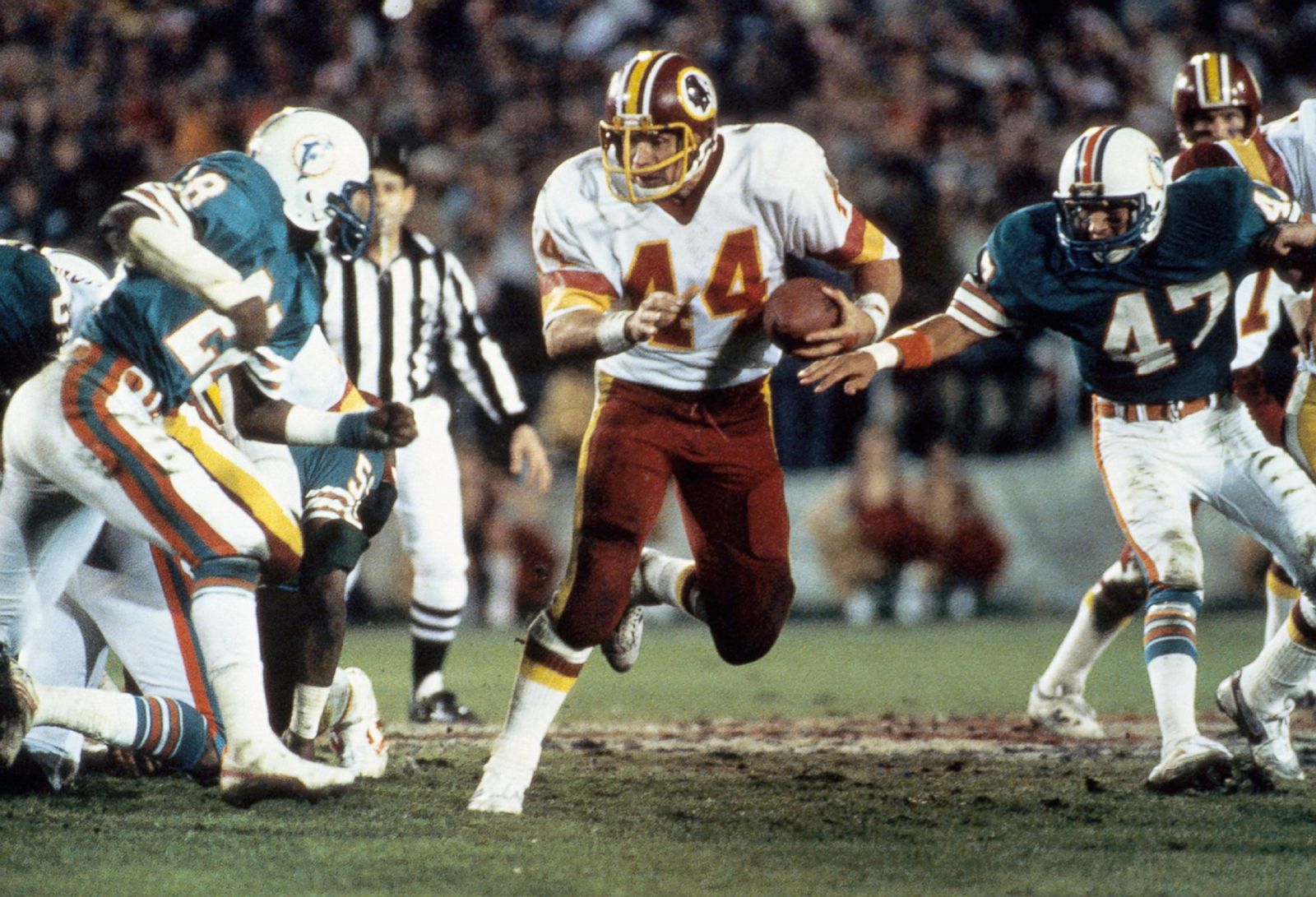 Pro Football Hall of Famer John Riggins was nicknamed The Diesel for his powerful running style and ability to make huge plays even during the twilight of his career.

Diesel is best remembered for his clutch run during the Miami Dolphins’ contest against the Washington Redskins in Super Bowl XVII.

The Redskins looked dead and buried when they conceded a 17-13 lead to the Dolphins and found themselves staring at a fourth and one. A turnover on downs would have been disastrous for the Redskins and would have all but sealed a victory for Miami.

However, when the going got tough, Washington often turned to Riggins for big plays and he rarely failed to deliver.

Once again, quarterback Joe Theismann handed the ball off to Riggins, who initially looked like he would be stopped short by Dolphins defensive back Don McNeal.

However, Riggins simply plowed through McNeal and continued uninterrupted all the way to the end zone and putting the Redskins in the lead.

Washington would go on to win the contest 27-17, all made possible by Riggins’ touchdown run on fourth and 1. 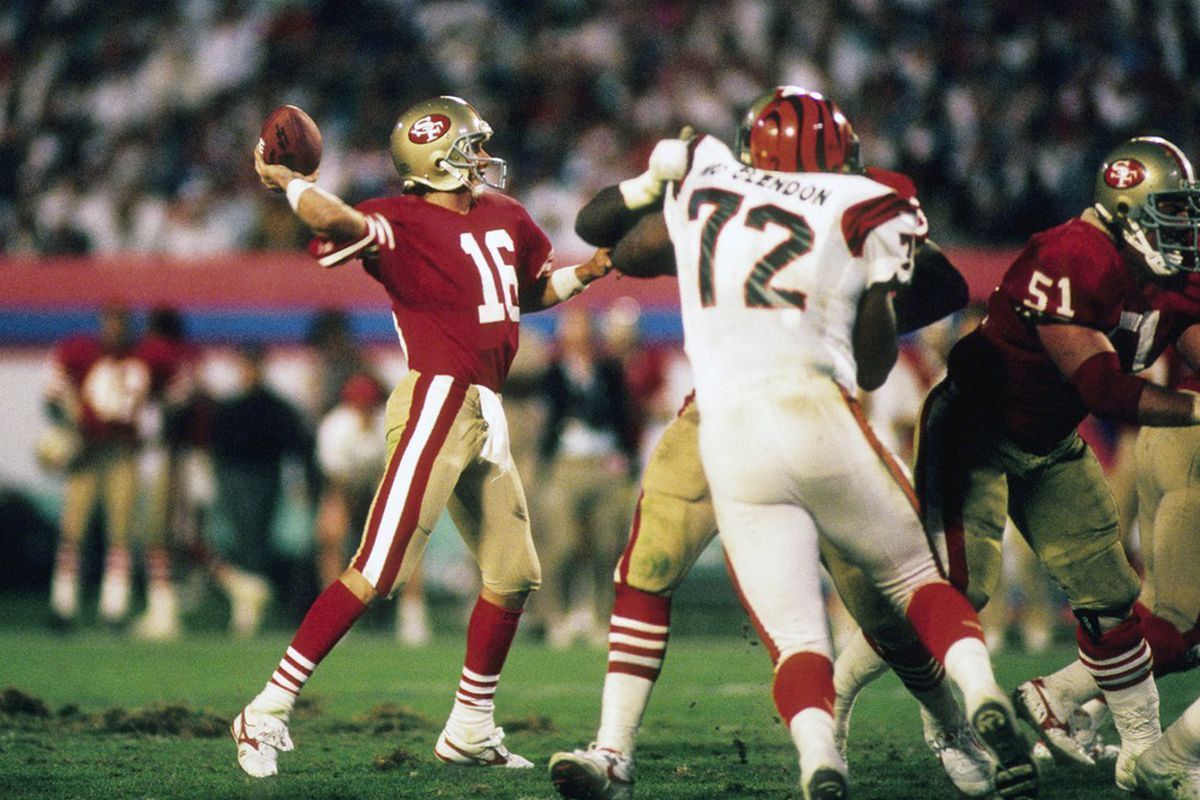 Joe Montana is considered the greatest quarterback of all time and he did his reputation no harm in Super Bowl XXIII against the Cincinnati Bengals.

With the 49ers trailing by three and just three minutes left to play, it looked like the Bengals were in prime position to pull off the upset.

The 49ers had possession near their eight-yard line, but needed to traverse 92 yards in under three minutes. However, Montana lived up to his Joe Cool nickname and drove his side quickly downfield.

He capped off the drive by throwing a 10-yard touchdown pass to John Taylor with 30-odd seconds remaining to seal a thrilling victory for San Francisco.

#6. Ben Roethlisberger, Santonio Holmes come up clutch for the Steelers 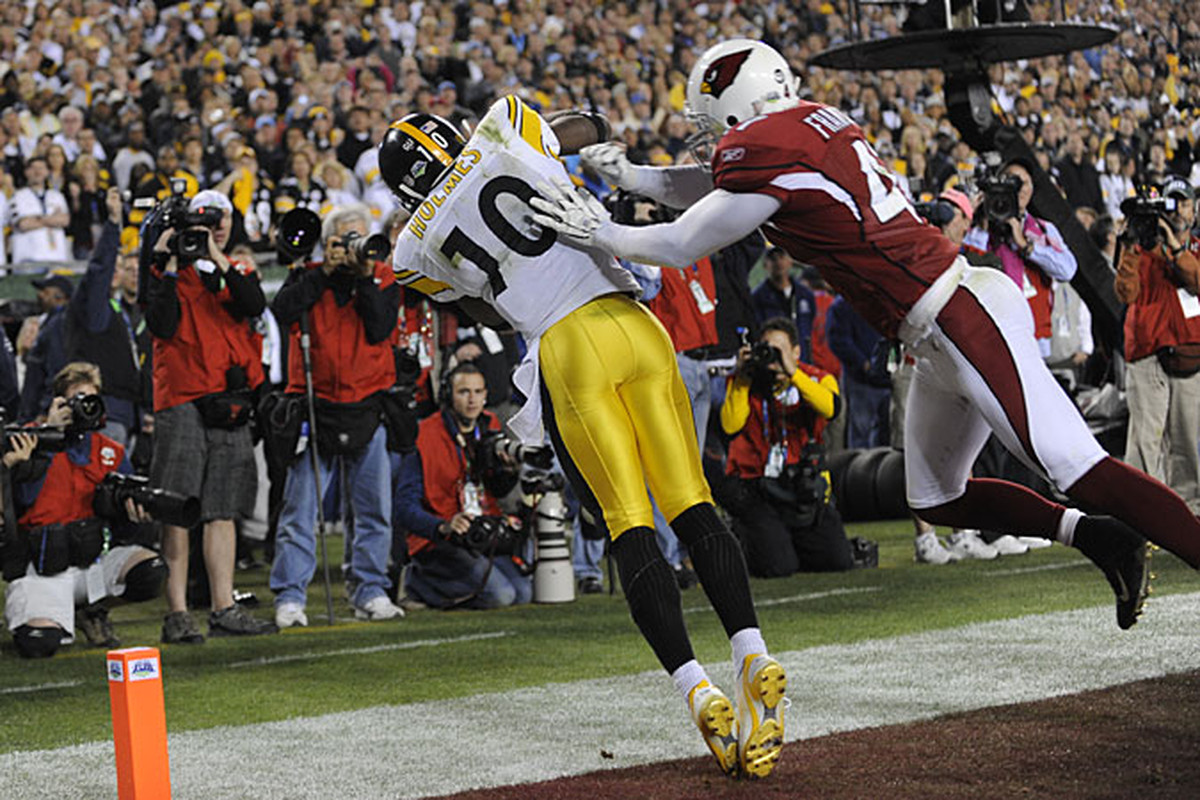 The Steelers were trailing 20-23 late in the fourth but had enough time for a game-winning drive. Roethlisberger and Holmes then came to the party, combining for four catches on their final drive.

Holmes’ catches were worth 71 yards in total and capped off by a stunning touchdown catch that he secured while his body was falling out of bounds in an incredible feat of athleticism.

Holmes’ efforts were enough to secure the crown for the Steelers while he also earned Super Bowl MVP honors. 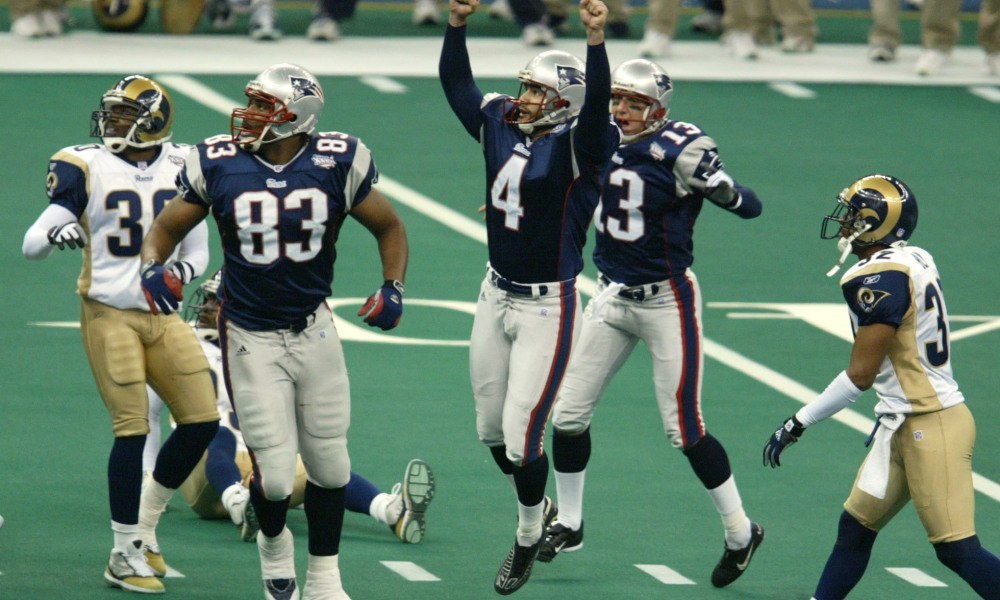 The play that kickstarted a dynasty. The New England Patriots entered Super Bowl XXXVI as massive underdogs. They had lost their starting quarterback to an injury early in the season which forced the unheralded Tom Brady into the spotlight.

However, Brady would lead them to the Super Bowl where they would take on the ‘Greatest Show on Turf’, the St. Louis Rams.

Turnovers proved costly for the Rams though, as they allowed the Patriots to race away to a 17-3 lead. Although they managed to level the scores at 17-17, New England had time to seal a victory late on.

Tom Brady led the Patriots into Rams territory, setting up Adam Vinatieri for a 48-yard attempt to seal the game.

Vinatieri made no mistake and sent the Patriots fans into delirium, having secured New England’s first-ever Super Bowl triumph at the time.

Vinatieri would go on to become one of the greatest NFL kickers of all time, and Brady, the greatest quarterback. 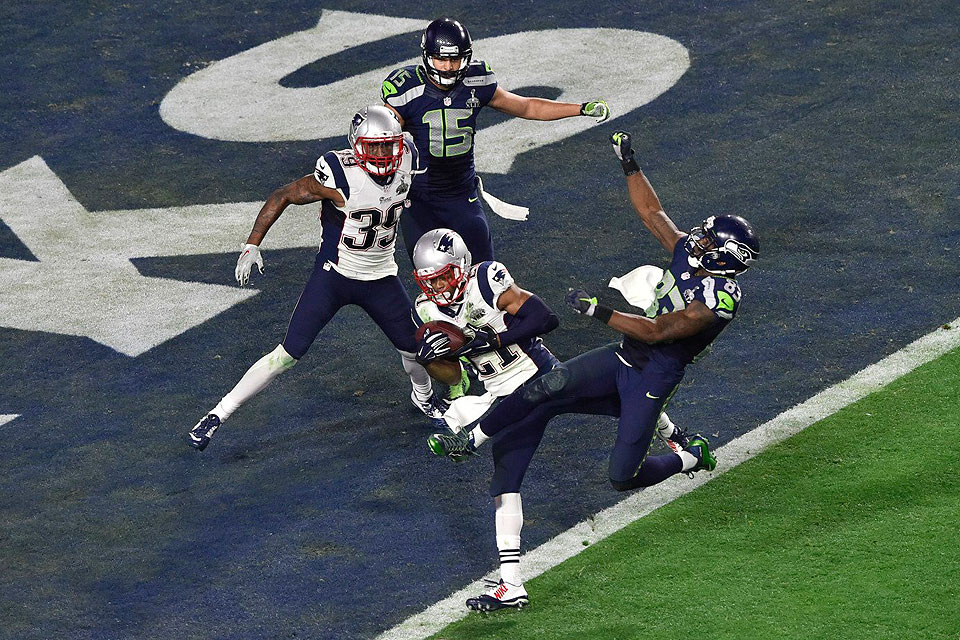 In a battle of two powerhouses, the New England Patriots took on defending champions Seattle Seahawks in Super Bowl XLIX.

The game lived up to expectations as the two teams traded blows early on. Two touchdowns each meant the scoreboard read 14-14 at halftime.

The Seahawks quickly seized control in the second half, racing away to a 10-point lead. However, Tom Brady sparked a remarkable turnaround – as he has done so many times over the course of his career – and New England entered the final two minutes of the game with a 28-24 lead.

Seattle looked to have taken command of the situation when receiver Jermaine Kearse made a stunning grab for a large gain.

With Marshawn Lynch looking unstoppable running the rock, it looked like a foregone conclusion when the Seahawks lined up for their second and goal play from the one-yard line.

However, Seattle opted to throw the ball and Russell Wilson’s quick slant pass was picked off by rookie defensive back Malcolm Butler on the goalline. 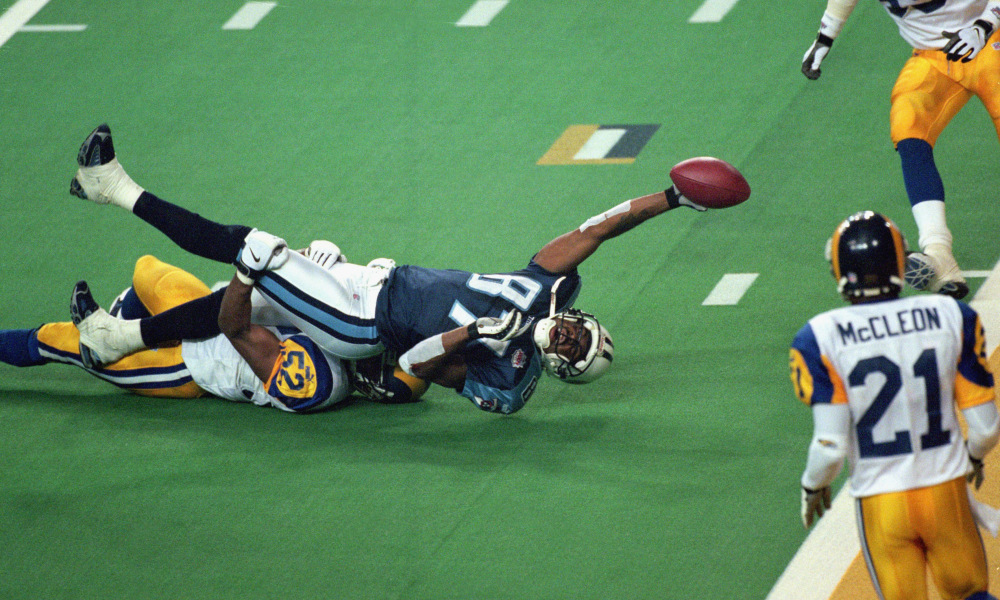 The greatest tackle and third most clutch moment in Super Bowl history. The St. Louis Rams and Tennessee Titans locked horns in Super Bowl XXXIV which proved to be an absolute humdinger.

The Rams were without their starting quarterback Trent Green but that proved to be a blessing in disguise as Kurt Warner exploded into life (he would finish with a then-record 414 passing yards in the game).

The Titans were trailing by one score late in the final quarter, but quarterback Steve McNair produced a remarkable play with under a minute remaining, avoiding a sack near the 40-yard line and finding Kevin Dyson for a huge gain.

Although the Titans had a first down, the fact that just six seconds remained in the game meant they had just one shot at glory.

McNair found an open Dyson once again off the final play of the game. Dyson looked to have an unimpeded path to the end zone, but Rams linebacker Mike Jones made a miraculous tackle at the one-yard line to prevent Dyson from tying the scores.

Jones’ tackle remains one of the greatest till date and will be fondly remembered by Rams fans for a long, long while.

This could easily have a claim to be the greatest Super Bowl moment of all time. The New England Patriots rolled in to Super Bowl LI against the Atlanta Falcons as the top seed in the AFC. Although the Falcons boasted the best offensive rating in the league, a dynamic Patriots defense was expected to make life tough for Matt Ryan and Julio Jones.

However, the Falcons burst out the blocks and quickly took a 14-0 lead to shock the Patriots. Tom Brady then threw a pick-6, giving the Falcons a three-touchdown lead in just two quarters. Stephen Gostkowski got the Patriots on the board with a field goal in the dying seconds of the first half, but the Patriots were clearly shell-shocked with what was taking place.

Another Falcons touchdown meant the Patriots trailed by as many as 25 points midway through the third quarter. However, the Patriots sprung into action and multiple scores later, had reduced the gap to just 8, with the scoreboard reading 28-20.

After a Falcons penalty and sack of Matt Ryan had stalled Atlanta’s next drive, New England took over with the chance to level proceedings.

With just over 2 minutes remaining in the game and New England trailing by 8, Tom Brady unleashed a deep ball to Julian Edelman, who produced one of the greatest catches in Super Bowl history.

The pass was knocked into the air by a Falcons defender, but Edelman somehow turned mid-air, kept his eyes on the ball and scooped it up inches off the ground while battling three Atlanta players at the time.

Edelman’s catch meant the Patriots gained a huge chunk on first down and they would go on to tie the scores on a James White touchdown. The Patriots then received the kickoff in overtime and another White touchdown sealed the greatest comeback in Super Bowl history.

Although Brady was named the MVP for leading a remarkable comeback, it was Edelman’s catch that truly paced the way for New England’s charge. 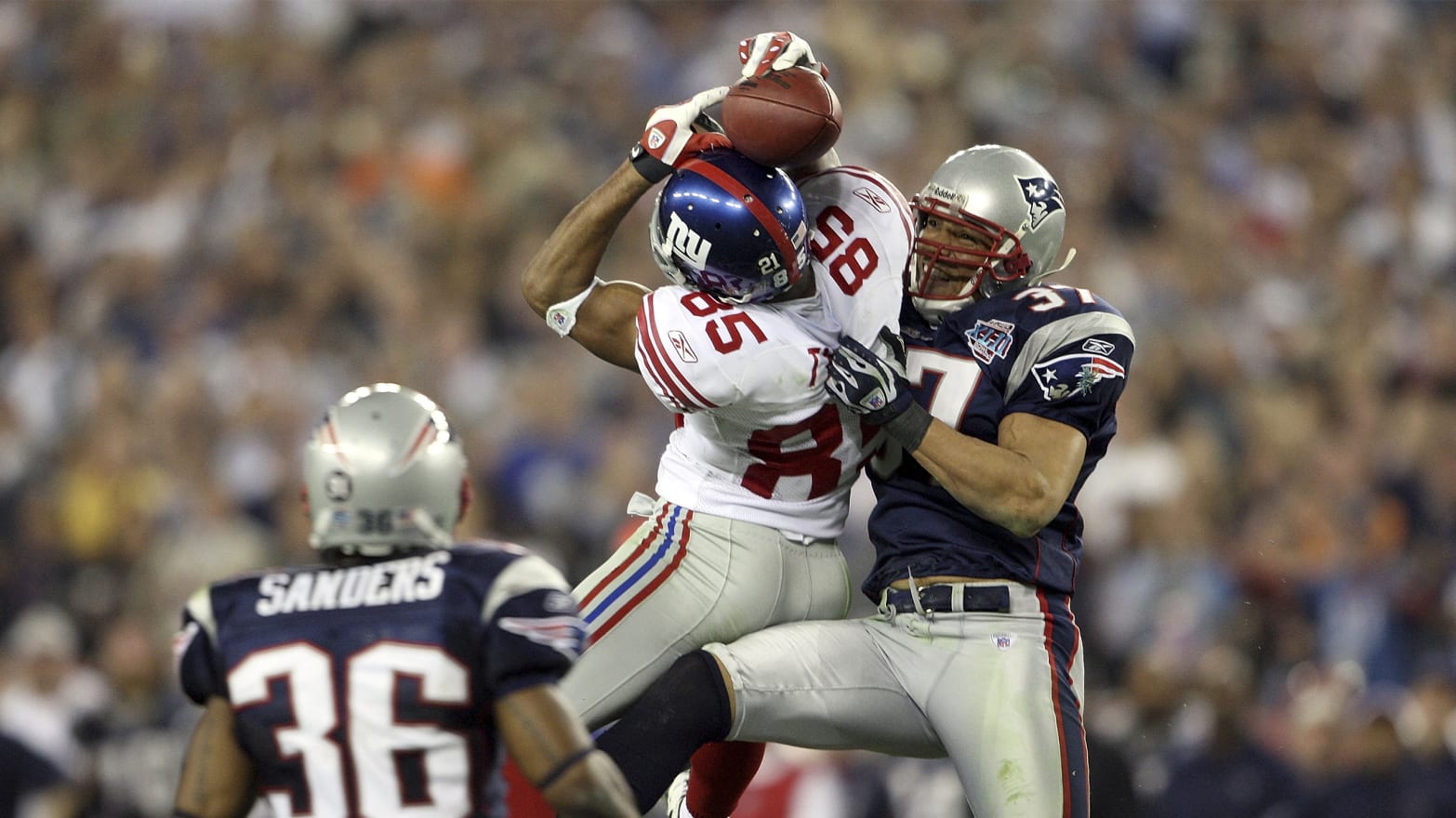 While Edelman’s catch was undoubtedly the greatest in terms of sheer athleticism and focus needed to pull it off successfully, David Tyree’s remains the most bizarre and clutch moment in Super Bowl history.

The New York Giants were overwhelming underdogs in Super Bowl XLII as they were set to face off against arguably the greatest NFL team ever assembled.

The Patriots were 18-0 at the time and looking to cap off a perfect season. They started the Super Bowl strongly, racing away to a 7-3 lead at half time.

Although the Giants managed their first touchdown of the night soon after, the Patriots responded and once again took the lead.

With the Patriots four points to the good and just 75 seconds to play, the Giants knew they needed a touchdown off their final drive.

Eli Manning led his side to midfield with a strong drive, but the Giants offense then stalled. At 3 and 5 near midfield, the Patriots defense looked set for a game-winning sack, but Manning had other ideas.

Evading two defenders, Manning flung the ball downfield and found David Tyree, who grabbed onto the rock using his helmet in what’s regarded as one of the greatest catches in Super Bowl history.

The Tyree catch sent shockwaves around the NFL and knocked the stuffing out of the Patriots. A Plaxico Burress touchdown with 35 seconds remaining sealed a historic night for the Giants who ensured the Patriots did not secure a perfect season.