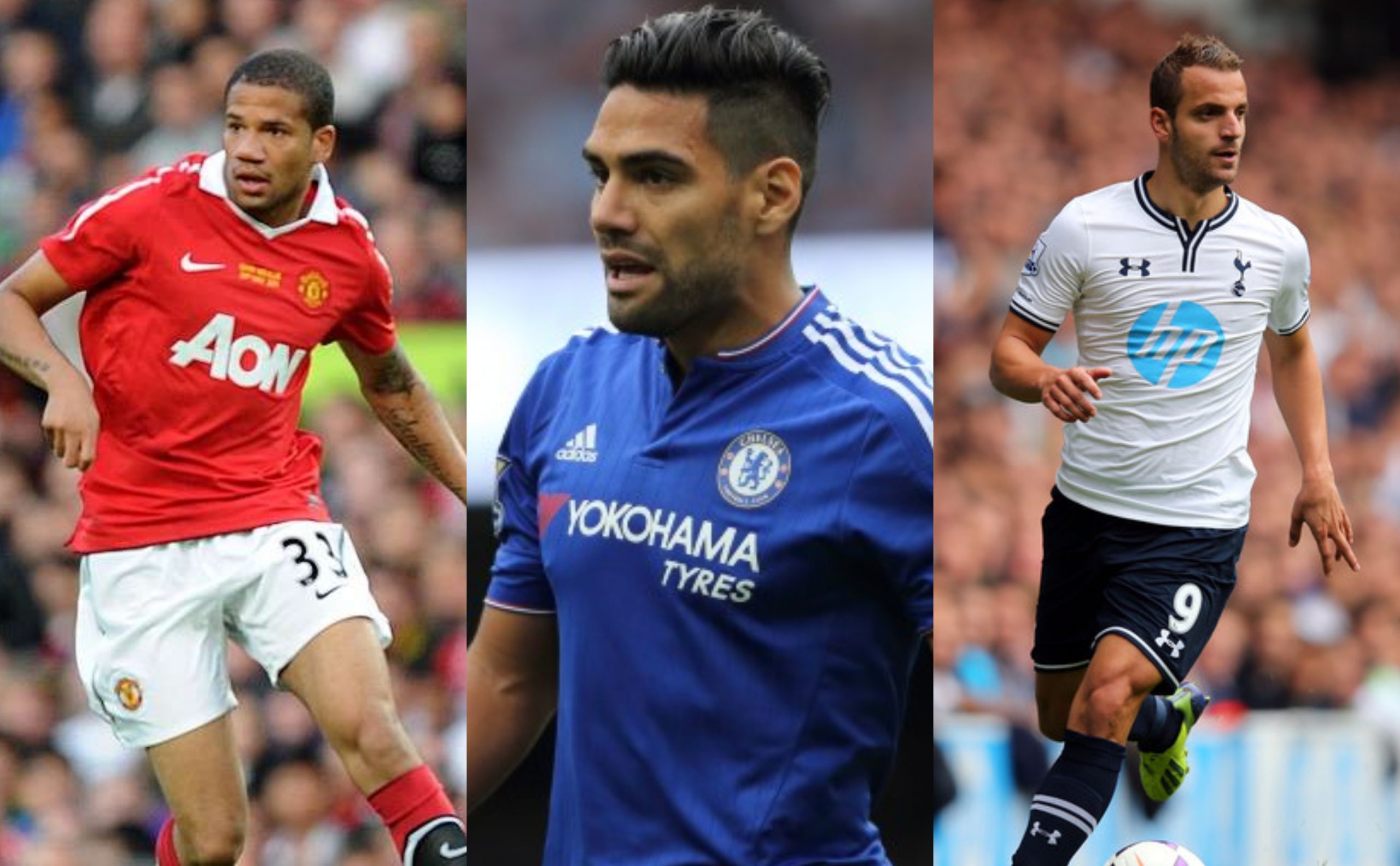 The Premier League is undoubtedly the most attractive and most competitive league in the world. Over the last two decades, the English topflight has been the home of some of the best talents from across the globe.

While the above is an undeniable fact, there are also some players who came to England with huge reputations but flattered to deceive. I’m talking about players who flopped so badly that they are rarely remembered.

Defenders and midfielders are easily spotted when they flop, however, the lenses with which strikers are viewed are far more critical. 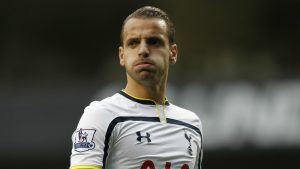 It’s difficult to understand how some players failed to sparkle in the Premier League and Roberto Soldado is one of such enigmas. The Spanish striker had it all when he joined Tottenham Hotspur in the summer of 2013.

And he started his Spurs career well, too. Soldado was scoring from the penalty spot but it became increasingly frustrating when he couldn’t find the back of the net from open play. In his first season, the Spaniard scored six goals in the Premier League, four of which were penalties.

This was certainly not good enough for striker bought for £26 million. Having failed to impress again in his second season, Tottenham quickly cut their losses by shipping him off to Villarreal. Soldado arrived in England with a huge reputation but he just couldn’t replicate his form. 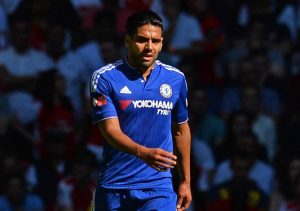 Those who saw Radamel Falcao in his prime would swear he was better than every striker between 2012 and 2014. The Colombia international was a complete goal machine and he proved it in Argentina, Portugal, Spain and in France.

A serious injury in 2014, though, would represent the beginning of his downward spiral. Falcao missed that summer’s World Cup and later joined Manchester United on loan, with the hope of proving himself in the Premier League.

He ended up becoming an expensive flop, finding the net just four times for the Red Devils. Falcao joined Chelsea the following season – again on loan – but he failed there too and could manage just a single goal in 10 games for the Blues. While other players revived their careers after leaving England, Falcao has since struggled to get back to his lethal best. 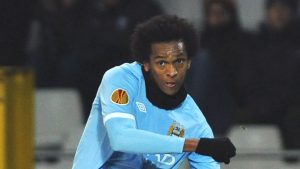 Brazilian strike João Alves de Assis Silva, known by the mononym Jo, played in the Premier League between 2008 and 2012. The striker featured for both Manchester City and Everton but rarely impressed.

Jo was one of Manchester City’s biggest buys when its Abu Dhabi investors first took over the club. The Brazilian joined the Cityzens for a sum of £18m in July 2008. However, he couldn’t repay the club’s faith in him as he struggled to even adapt to the country.

The striker scored a single goal for Man City, before being shipped out on loan in successive seasons to Everton, where he managed only five goals. Jo may have flopped in England but he has since moved on and has enjoyed considerable success at the clubs he’s played for. 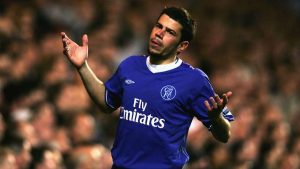 Chelsea fans mostly remember Mateja Kezman for his goal in the 2004 League Cup final against Liverpool. However, that goal turned out to be his biggest contribution for the Blues, as he added just three more for the rest of his Chelsea career.

Kezman was a hot striker in the Netherlands, where he netted 105 goals in four years at PSV Eindhoven. He, therefore, arrived at Chelsea to huge fanfare, even inheriting Jimmy Floyd Hasselbaink’s No 9 shirt.

The Premier League, however, has a way of sometimes making the best talents look ordinary. That was exactly what happened to Kezman. He suffered from a lack of confidence and rarely found the back of the net. The Serbian’s struggles continued until he eventually left Chelsea to join Atletico Madrid. 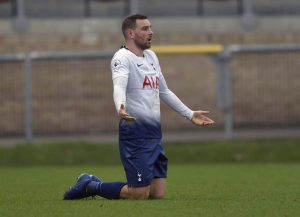 Vincent Janssen was regarded as one of the best young players in the world before he completed a big-money move to Tottenham in the summer of 2016. The Dutchman had made his mark with AZ Alkmaar and joined Spurs for a fee in the region of £17 million.

However, he quickly became a forgotten man after struggling to cope with the physicality of the Premier League. Janssen was reduced to a bit-part role as a result of Harry Kane’s lethal form for Mauricio Pochettino’s side.

Janssen ended up scoring just six goals for Spurs, four of which came through penalties. He moved to Fenerbahce on loan the following season, before completing a permanent move to Monterrey in the Mexican league in 2018. 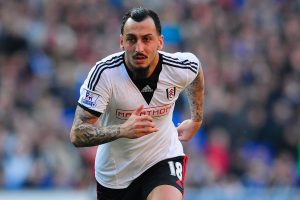 Konstantinos Mitroglou will go down as one of the most talented forwards who just couldn’t replicate their lethal form in the Premier League. You can name the likes of Robinho and Diego Forlan, but Mitroglou’s failings were more down to a lack of luck.

The Greece international joined Fulham in January 2014 on the back of a prolific stint with Olympiacos. Mitroglou was signed to help a struggling Fulham beat the drop, however, things never went according to plan.

The striker was blighted by a series of niggling injuries which limited him to just three appearances for the Cottagers. Interestingly, he returned to Olympiacos on loan and started banging in the goals again. Mitroglou was a good striker but fate wouldn’t just allow him do it in England. 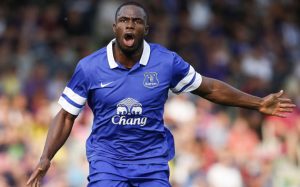 Former Nigeria international Victor Anichebe is another striker who failed to cut it in the Premier League. Unlike others, the 31-year-old started his career on a high, having developed from the Everton youth team.

Anichebe scored 18 goals for the Toffees in 131 appearances, but that was as far an impact as he could make in the English topflight. His spells at West Bromwich Albion and Sunderland yielded very little, with the striker offering very scanty numbers in terms of goals.

Having struggled to cope with the intensity of the Premier League, Anichebe moved to Beijing Enterprises in China in the summer of 2017. The Nigerian started as a very bright prospect, but the Premier League was just not made for him. 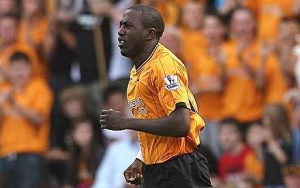 Football has developed to a point where it is absolutely unfair to judge a striker solely on goals. The likes of Robert Lewandowski and Harry Kane may be racking up the numbers but, with others like Roberto Firmino, their impeccable overall build-up play makes up for their lack of goals.

Now take Jozy Altidore, for instance. The American striker falls within neither of the aforementioned categories of strikers. He was neither good at finding the back of the net nor contributing to his team’s build up during his time in England.

Altidore played for Hull City and Sunderland and made over 70 appearances in the Premier League. However, his goal record was so poor that the numbers don’t make for mentioning. He scored just two goals in the English topflight.

Meanwhile, the American boasts a phenomenal record for the US national team and has been banging in the goals for current club Toronto FC. No one can understand how it didn’t work for him in the Premier League. 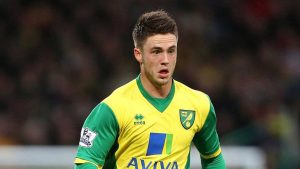 In his three years at Norwich City, Ricky Van Wolfswinkel managed just a single goal. As if that was not poor enough, the striker was rarely a threat to opposition teams despite being afforded enough playing time.

This was, however, a complete departure from his spell in the Netherlands and Portugal where he scored many goals for Utrecht and Sporting CP, respectively. In the Premier League, though, he will always be remembered as a big flop.

Norwich City forked out £8.5 million to sign Van Wolfswinkel, but by the time he left the club, his most notable contribution was a no-look pass when ended up not finding any teammate of his. It was a really terrible spell for the striker. 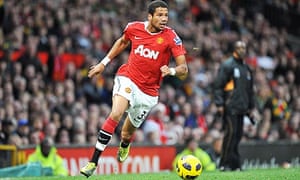 Portuguese forward Tiago Manuel Dias Correia, popularly known as Bebe, joined Premier League giants Manchester United in 2010 for a fee of £7.4 million. Having joined from Vitória de Guimarães, it was expected that the young striker would follow in the footsteps of compatriots Cristiano Ronaldo and Luis Nani.

However, Bebe ended up being one of the Red Devils’ biggest flops. Not only could he not secure regular football, Bebe was also frequently blighted by injury issues. This led to him being shipped out on loan a number of times before finally permanently departing Old Trafford in 2014.

Bebe spent four years at Man United but his spell with Sir Alex Ferguson’s side was nothing to write home about. In fact, in a later interview, the Scottish gaffer admitted to never watching Bebe play before sanctioning his signing. It was that bad!