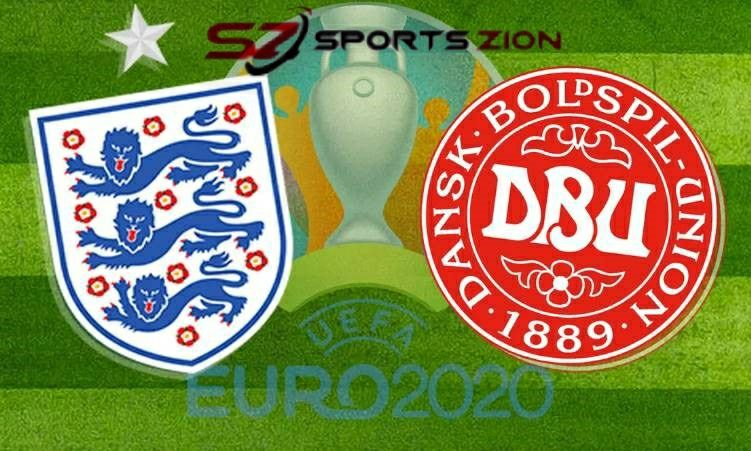 The Wembley Stadium is set to host the second back to back Semi Final of the Euro 2020 and there can’t be a better way than hosting the home team England against Denmark. The Euro is almost at it’s closing stage and this is the penultimate game of the tournament. Gareth Southgate’s team has been the darkhorse of the competition and here they come to fight for their bragging rights for the final.

Denmark on the other hand are making their country and their talisman Christian Eriksen proud at every stage. It’ll be a mistake on England’s side if they underestimate Denmark in the game, and in doing so the result could be fatal. 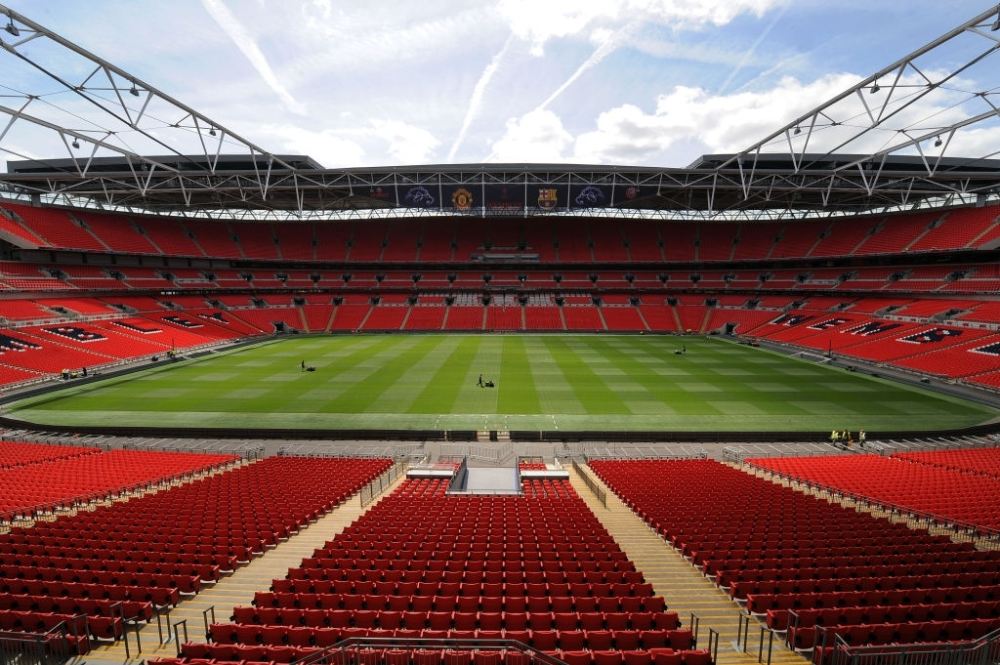 The Wembley Stadium is all set to host the Semi Final match between England and Denmark. (Image Courtesy: Getty Images)

How to watch England vs Denmark live stream free online?

You may find many ways to watch online, but most of them may ask for payment after few moments, or some may show advertisements ridiculously. That is why we searched for the best free streaming sites for UEFA Euro 2020. The following websites will get you uninterrupted, free online streaming:

The free streaming sites will not telecast in 4K HD. Hence you will need a premium subscription to watch the Euro in 4K HD on your smart TV. However, you will get many paid options to watch the Euro 2021 matches, but you may also face difficulties finding the cheap one. We have sorted out the cheapest TV channels from different countries. Find them out below:

Where To Watch Euro 2020 Live from Canada?

Where To Watch Euro 2020 Live from Asia?

England being the darkhorse of this competition and playing at home, they’re already the favourites to win this tie. However, it’ll be stupid for them to take Denmark for granted as there’s a reason why they’re no. 10 in FIFA World ranking. It’s gonna be an interesting match but England will have the edge.

Pick of the day is England, the home team. 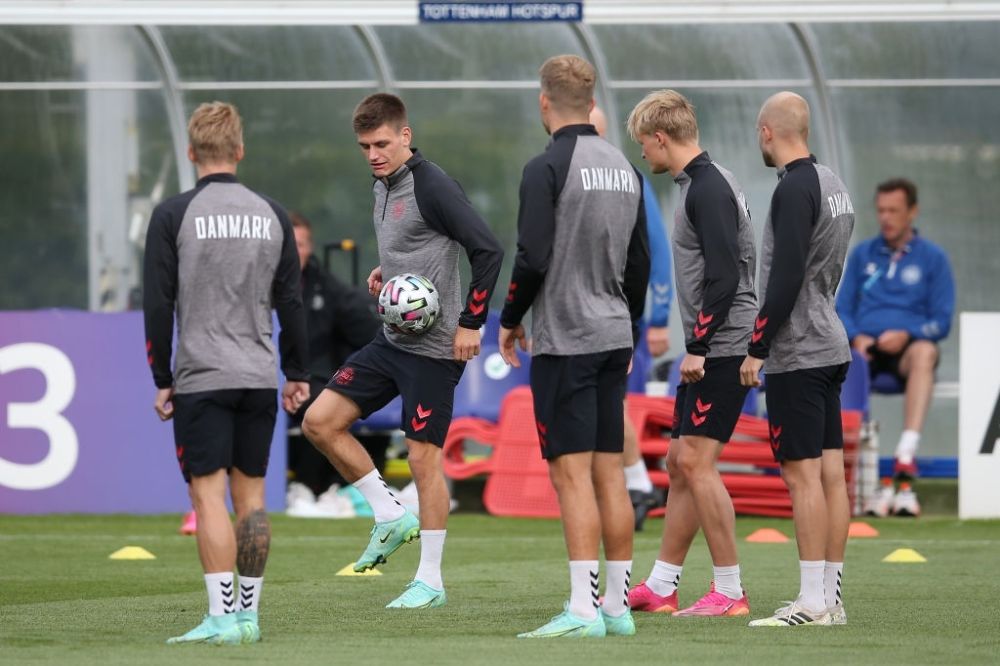 The Danish players practice before they take on England in the semi final fixture of Euro 2020. (Image Courtesy: Getty Images)

Harry Maguire, Declan Rice and Kalvin Phillips managed to avoid booking in the last game and saved them from being banned in the semis. So these three players are likely to feature in the team.

Denmark are likely to put in the unchanged XI from their victory against Czech Republic. With Dolberg up in the attacking line up, Leipzig striker Poulsen can well acy as the backup. Defender Kjaer is fit and fine to play this crucial game.

Facts about England and Denmark

England have come into the Semi Final after crushing Ukraine by 4-0 Margin in the Quarter Final and beating their long time rivals Germany by 2-0 margin for the first time in 20 years. England are still unbeaten in the tournament and are ranked 4 in the FIFA World ranking.

Denmark on the other hand have edged past Czech Republic in the Quarter Final and crushed Wales in the last 16. Both the sides are somehow evenly matched but on pen and paper, England are way stronger. 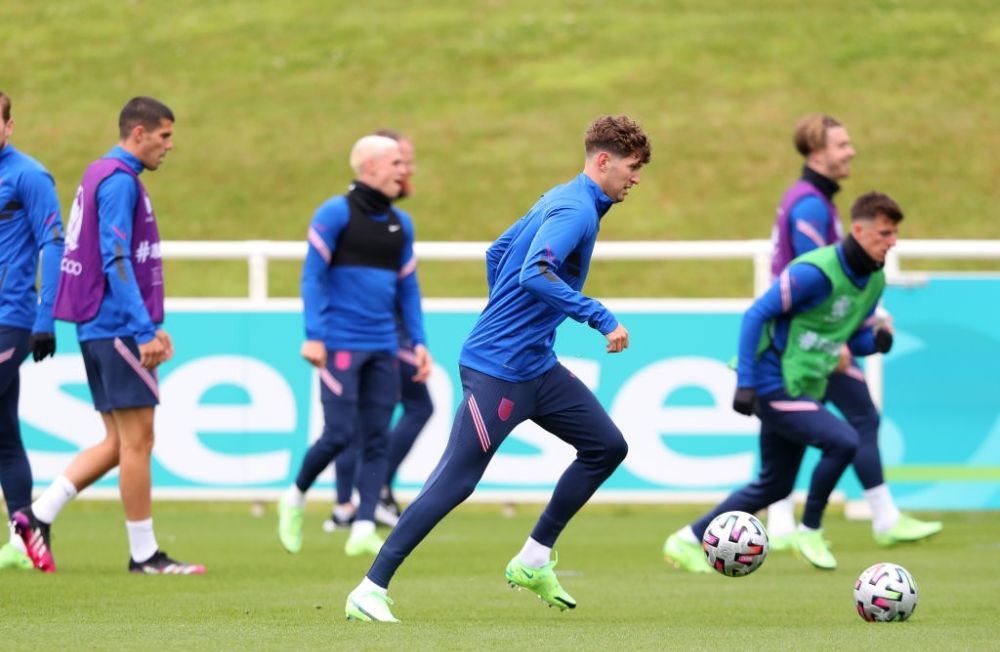 The English players are practicing before their match against Denmark. (Image Courtesy: Getty Images)

Harry Kane: The Spurs striker has scored 3 important goals for his team to far and is likely to be on the scoresheet.

Raheem Sterling: This Manchester City forward has been on the scoresheet thrice and there’s a high chance of him doing it once again.

Luke Shaw: With 3 assists to his name already, the Manchester United left back is on fierce form both in defending and attacking.

Kasper Dolberg: Poulsen’s injury has given rise to this beast and Denmark can’t thank him enough for his 3 goals already.

Kasper Schmeichel: Solid at the goal, the Leicester City goalkeeper will have hard times at the goal and he seems to be very much ready for the challenge.