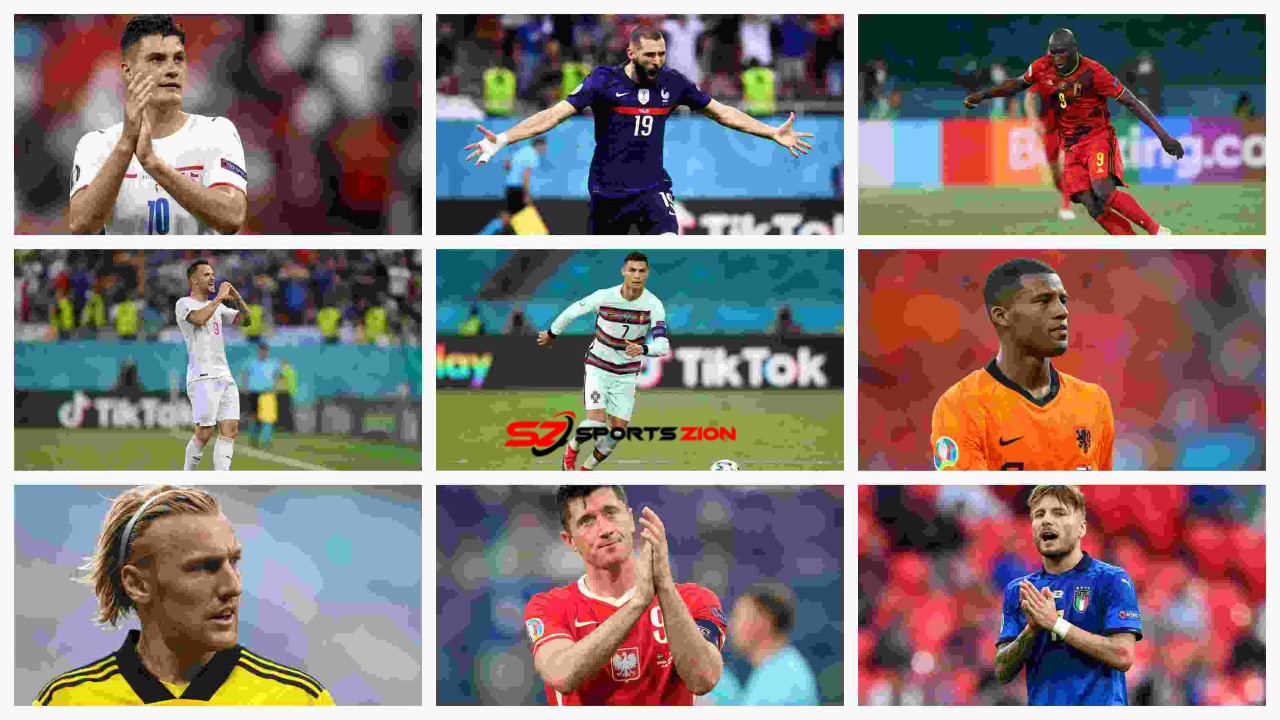 We are days away from the Euro 2020 final, and the excitement is getting intense. The knockout stage has already started, which leads to shaping up the Golden Boot race. Before the final, two finalists still have a maximum of three games. Hence, the Boot contender might change anytime. But we have made a list of the top Euro 2020 Golden Boot competitors based on the ongoing games and performance.

However, this is not the final list. As the tournament proceeds, we will update the list every day. Winning the Golden Boot depends on few factors if two players are tied for the award; therefore, some analysis are needed for the prediction. Besides, it is a hot topic for betting. Hence, you may also make your prediction on different online betting sites. Besides, if you love playing casino online while betting Euro, Kasinohai.com can be a good option. For the Euro 2020 Golden Boot prediction, the real question is, who will be the winner?

As the top contender Cristiano Ronaldo is out of the tournament, the nearest competitor Patrick Schick has a great chance to win the Golden Boot. But some other players are breathing down on the top scorer’s neck. Let’s find them out. 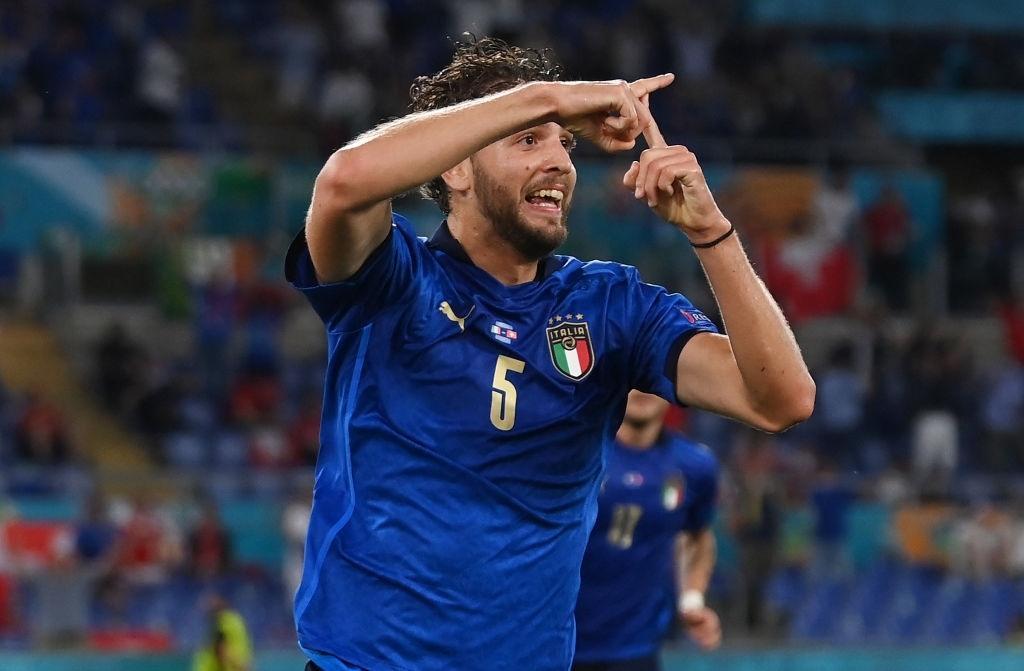 Manuel Locatelli of Italy celebrates after scoring their side’s first goal during the UEFA Euro 2020 Championship Group A match between Italy and Switzerland. (Photo by Mike Hewitt/Getty Images)

Roberto Mancini’s men defeated Switzerland 3-0 in the Euro 2020 knockout stages thanks to a Manuel Locatelli double. Locatelli begins the move with a delightful pass out to Berardi and continues his run, leaving him unmarked to take the cross and score the winning goal.

The 23-year-old, now shining on the international stage, enjoyed a spectacular season in Serie A. The more he grows, the greater his value will be. This Italian star is the man of the match. 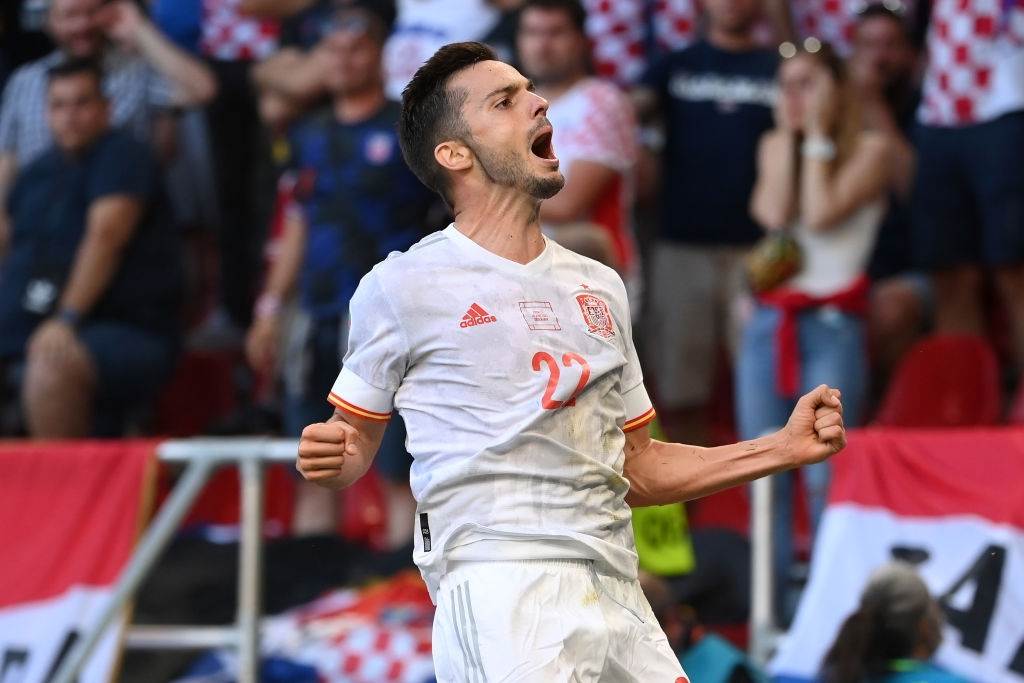 Pablo Sarabia of Spain celebrates after scoring their side’s first goal during the UEFA Euro 2020 Championship Round of 16 match between Croatia and Spain. (Photo by Oliver Hardt – UEFA/UEFA via Getty Images)

Sarabia’s popularity rose after he scored against Slovakia. Further, his next score in the round of 16 made him star. Therefore, Pablo might shine in the quarterfinal too and increase his opportunity to win Golden Boot. 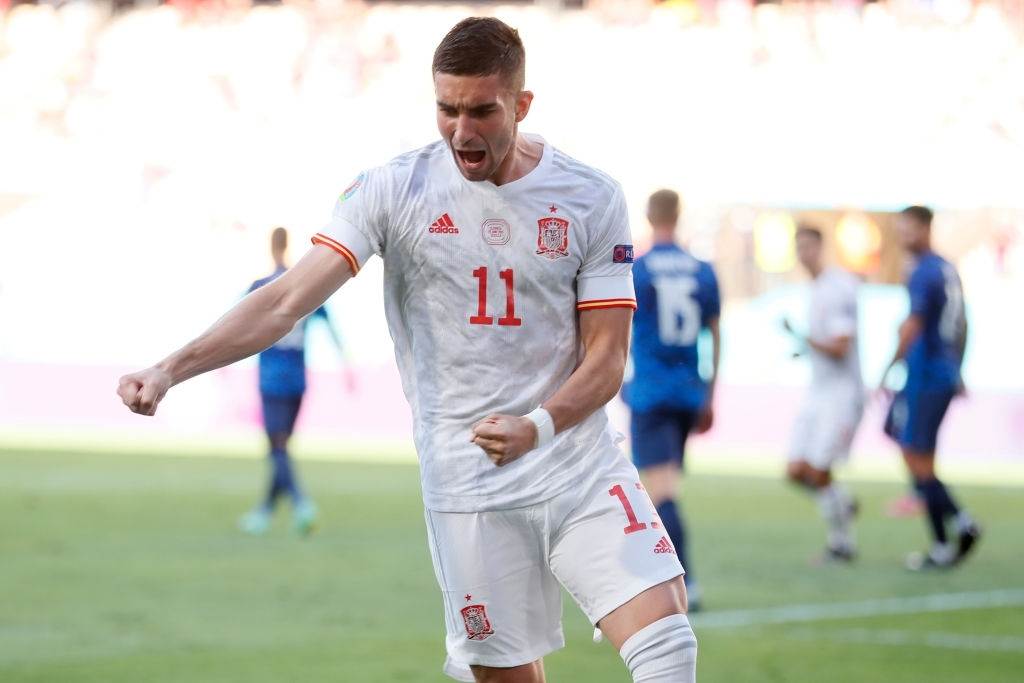 Torres scored 2 goals so far against Slovakia and Croatia. Since Spain is still in the game, Torres might have a greater chance to score more goals. However, he needs three more goals to level with Cristiano Ronaldo, who is holding the top position in the Golden Boot race. If Spain can reach the semifinal or even the final, Torres will have few opportunities to score few more goals. 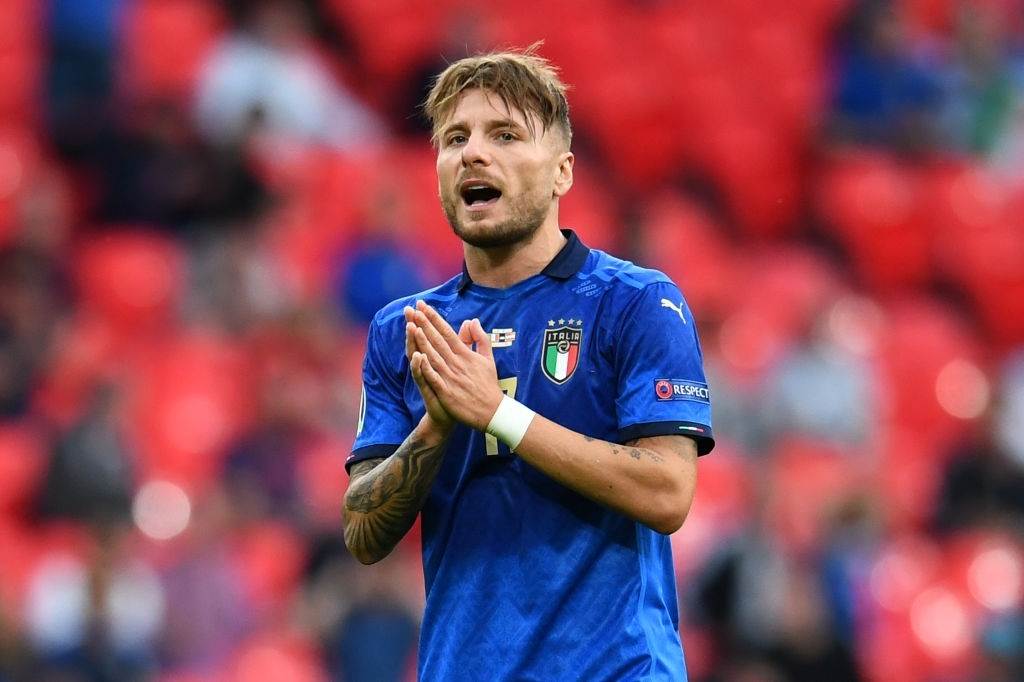 Ciro Immobile of Italy reacts during the UEFA Euro 2020 Championship Round of 16 match between Italy and Austria. (Photo by Claudio Villa/Getty Images)

After scoring in both games of his international career to date, Italy forward was rested for the final group-stage match against Wales. It will be possible for Immobile to score more goals as Italy is considered a dark horse to win Euro 2020. Ciro Immobile and Lorenzo Insigne would have the chance to lead a championship run, but it is questionable if they can score enough goals to make that happen. A +2500 bet has Immobile tied for seventh among tournament goal scorers. 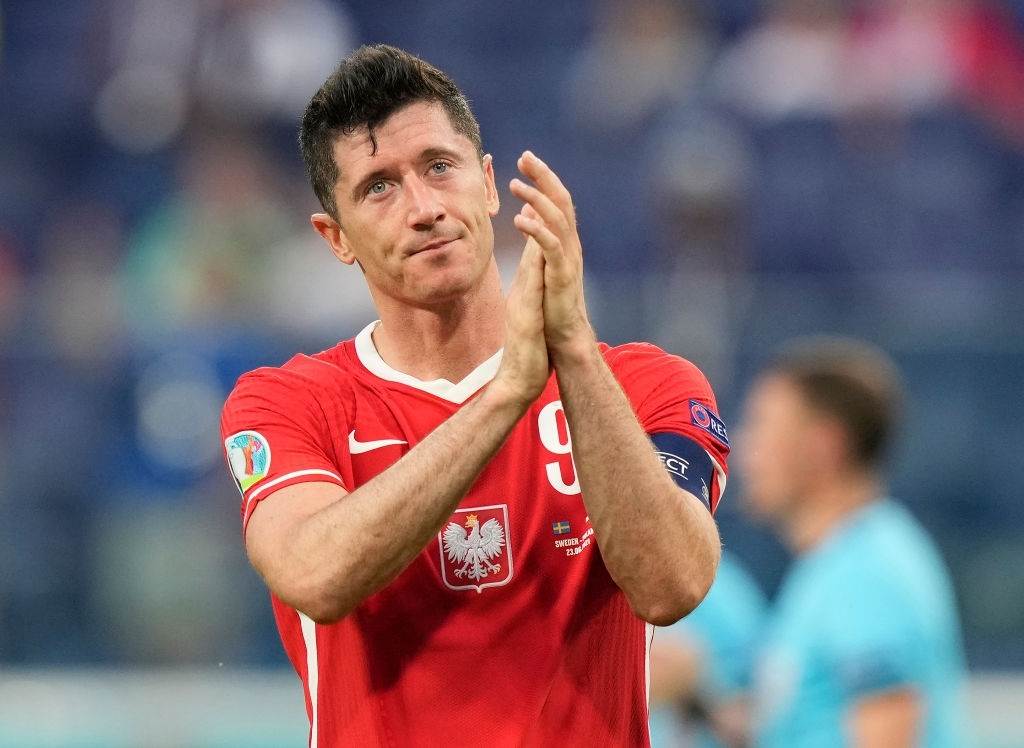 Robert Lewandowski played 3 matches in the Euro 2020 so far. He scored 3 goals without an assist. The one goal was against Spain, and the other 2 was against Sweden. This 32-year-old player did get a yellow card in this Euro 2020 but no red card. Lewandowski racked up more goals than any other player across Europe’s leading five leagues in 2020/21, scoring 48 in 41 appearances – including a Bundesliga record 41 in 29 games. 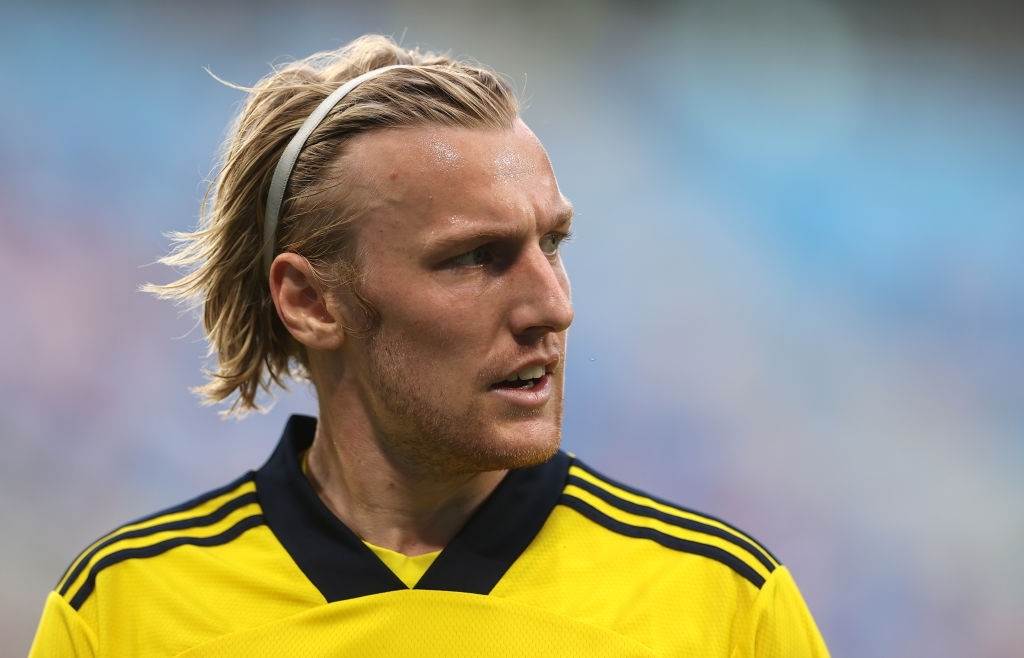 Emil Forsberg of Sweden looks on during the UEFA Euro 2020 Championship Group E match between Sweden and Poland. (Photo by Lars Baron/Getty Images)

Emil Forsberg, Sweden’s free-scoring winger played his last match of the tournament in the knockout game against Ukraine. Forsberg scored three goals for the rock-solid Swedes, who began by drawing 0-0 with Spain, then edged Slovakia 1-0 with Forsberg’s penalty, and completed the win with a dramatic 3-2 victory over Poland with his two goals. He skipped training on Saturday after playing in sweltering conditions in Seville, Spain, and St Petersburg, Russia. 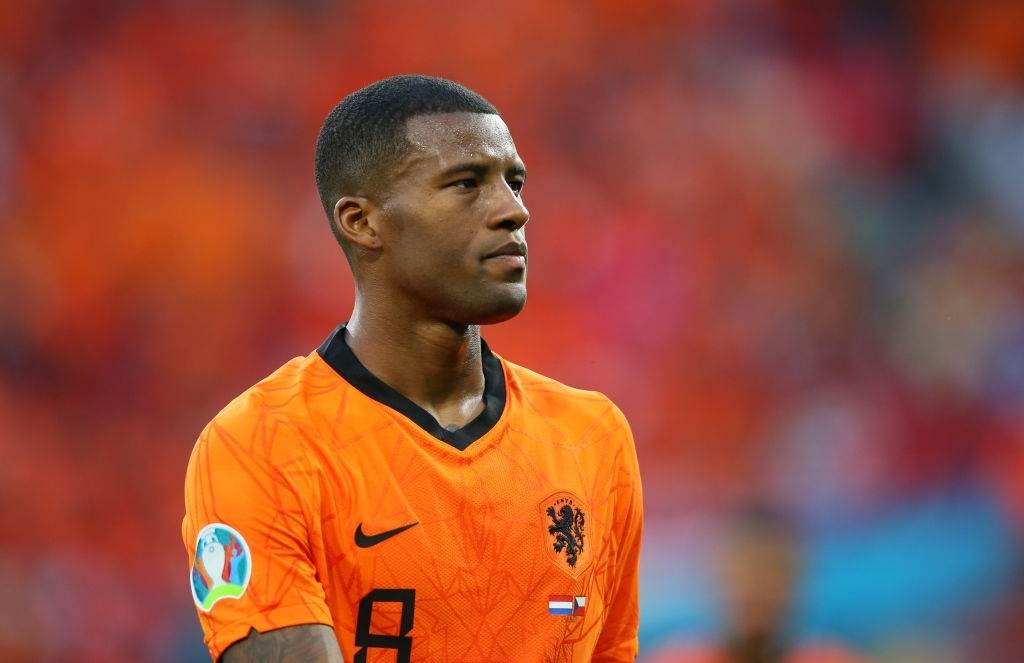 Georginio Wijnaldum of Netherlands looks dejected following defeat in the UEFA Euro 2020 Championship Round of 16 match between Netherlands and Czech Republic. (Photo by Alex Livesey – UEFA/UEFA via Getty Images)

Wijnaldum played all 360 minutes in four games. Many doubt the chances of the Netherlands’ captain winning the trophy because of his limited scoring record. But he successfully created some wonderful chaos while leading the team from the front. Although the Dutch captain is a playmaker from Liverpool to the National team, he failed to show the magic in the round of 16 game against Czech Republic as Netherlands lost the game by 2-0. Thus, Wijnaldum’s Euro 2020 journey finished with 3 goals in his bag. 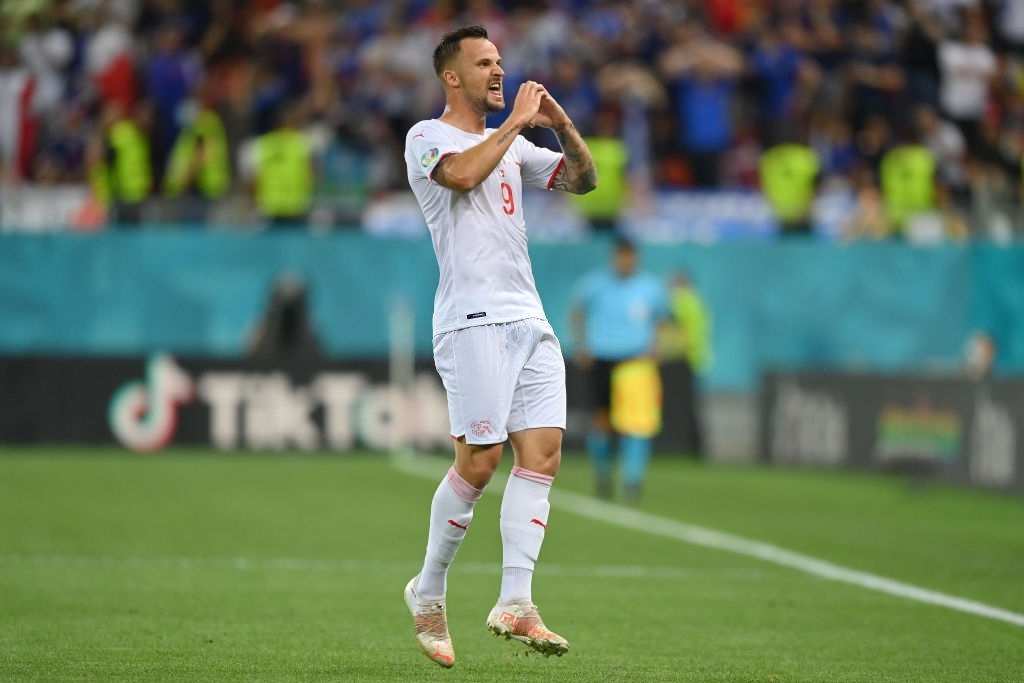 Haris Seferovic of Switzerland celebrates after scoring their side’s first goal during the UEFA Euro 2020 Championship Round of 16. (Photo by Justin Setterfield/Getty Images)

Seferovic got on the list by scoring 2 goals against France in the Round of 16. However, he did not have a phenomenal performance in the Group Stage and scored only one goal against Turkey. But he has a great chance to stay on the Euro 2020 Golden Boot Prediction list as Switzerland is still in the game. 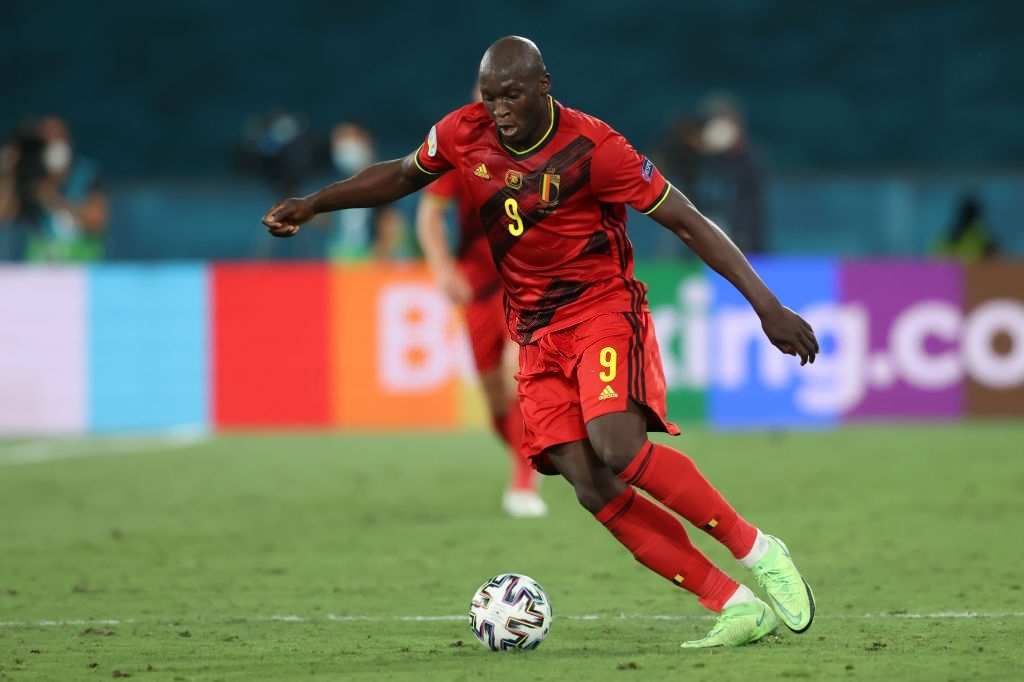 Romelu Lukaku of Belgium runs with the ball during the UEFA Euro 2020 Championship Round of 16 match between Belgium and Portugal. (Photo by Alexander Hassenstein/Getty Images)

Belgian forward and the rest of his team put on an impressive performance against Russia to open their Euro 2020 accounts.

Following an ineffective performance against Denmark, Lukaku responded with a late strike against Finland that moved him on to three goals for the tournament. It was pretty impressive how Lukaku returned a goal. In his last 44 games for the national team, he scored 30 goals and picked up 10 assists.

Cristiano Ronaldo won the Capocannoniere (Player of the Season) instead of Romelu Lukaku despite his outstanding season. Lokaku outclassed Ronaldo in their last battle at Euro 2020 yesterday. 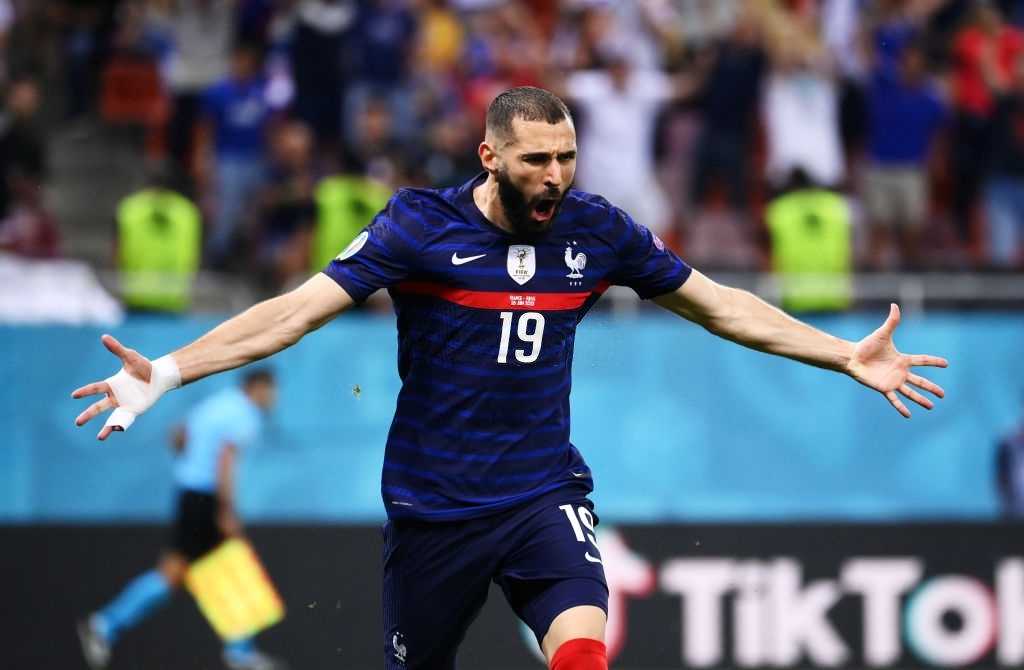 Karim Benzema of France celebrates after scoring their side’s first goal during the UEFA Euro 2020 Championship Round of 16. (Photo by Daniel Mihailescu – Pool/Getty Images)

After scoring against Portugal in October 2015, a few months later, he scored against the Spanish. It was the French striker’s first goal with his national team since October 2015.

After a slow start, Benzema is in goalscoring form and could be a real challenger to former teammate Ronaldo for the Golden Boot. France is the favorite to win the tournament, and Benzema is in great form. 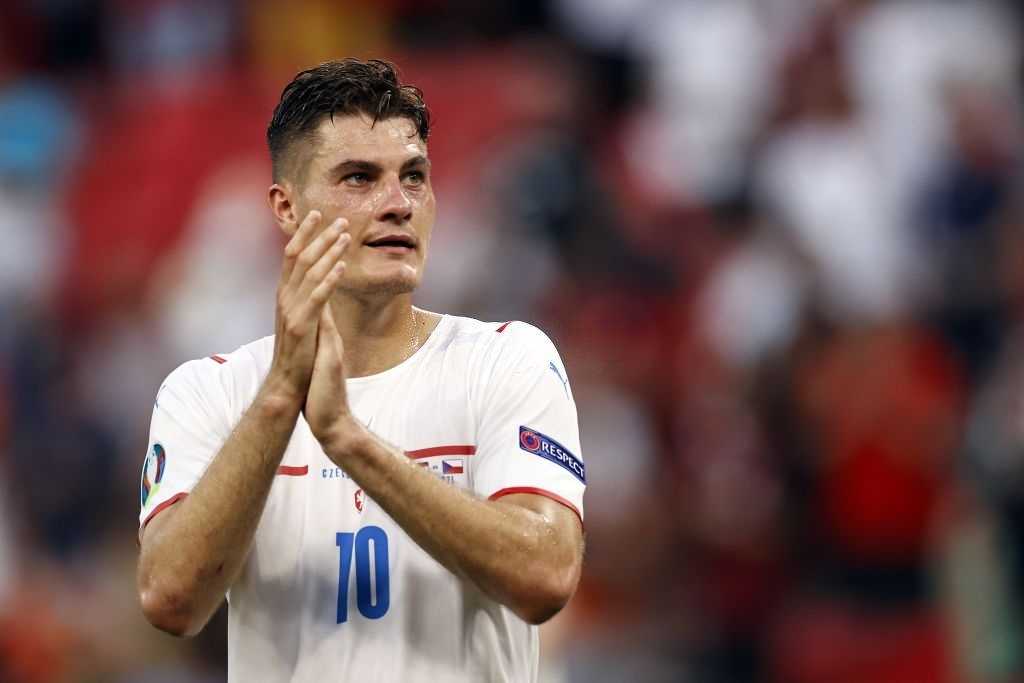 Patrik Schick of Czech Republic during the UEFA EURO 2020 match between the Netherlands and the Czech Republic. (Photo by ANP Sport via Getty Images)

Patrik Schick scored the longest distance goal in Euro 2020, which was from 49.7 meters. It was his second goal in Euro. Schick, the forward from the Czech Republic, scored his third goal of the tournament from the penalty spot. While both players were battling for the ball in the air, Dejan Lovren elbowed Schick in the face, resulting in a penalty kick. On his first goal, Schock pounced on Tomas Soucek’s blunders to beat David Marshall with a looping finish from just inside the Scottish half after the Czech had blocked Jack Hendry’s shot. 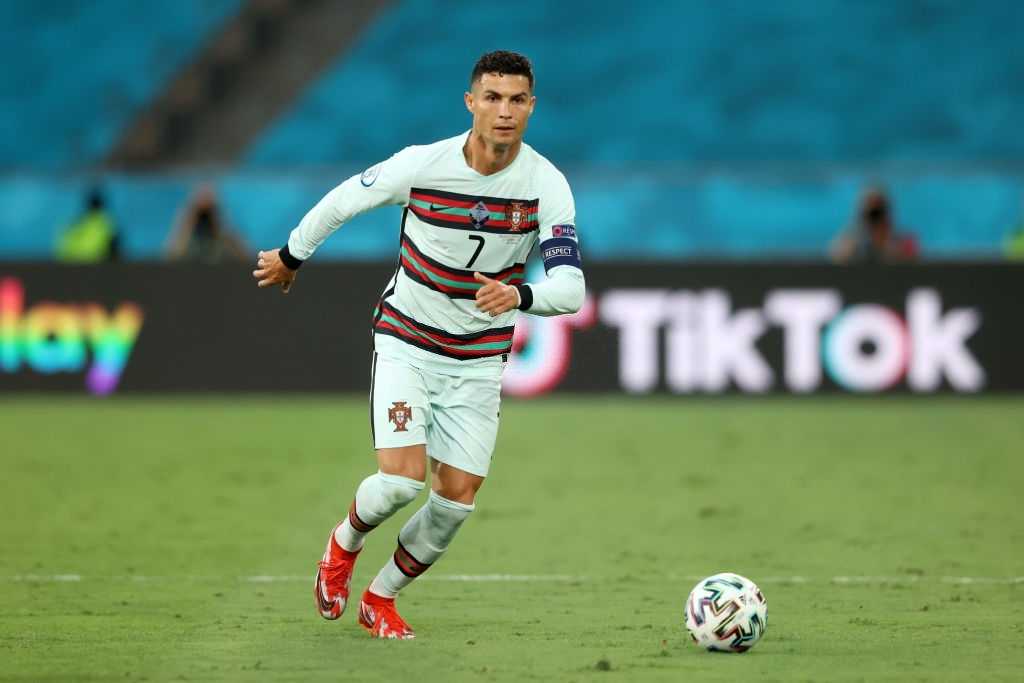 Cristiano Ronaldo of Portugal runs with the ball during the UEFA Euro 2020 Championship Round of 16 match between Belgium and Portugal. (Photo by Alexander Hassenstein/Getty Images)

The Portugal captain currently has five goals in four matches at the tournament and is taking center stage once again. But unfortunately, the defending champions left the tournament as they lost the knockout game against Belgium. The Portuguese scored two goals in the final group stage game against France following a late double against Hungary in their opening match.

Ronaldo and Romelu Lukaku, both of whom are in contention to receive the Golden Boot, are expected to fall short of their goals. On the scoring charts, Ronaldo leads with five goals, while Lukaku follows with three. He scored in the 87th minute from the penalty spot for his tenth goal of the tournament and added another in injury time. Five continental tournaments have seen him score 11 goals. With nine goals, he matched Michel Platini.

In light of the fact that Ronaldo’s country was top contender to regain the title.