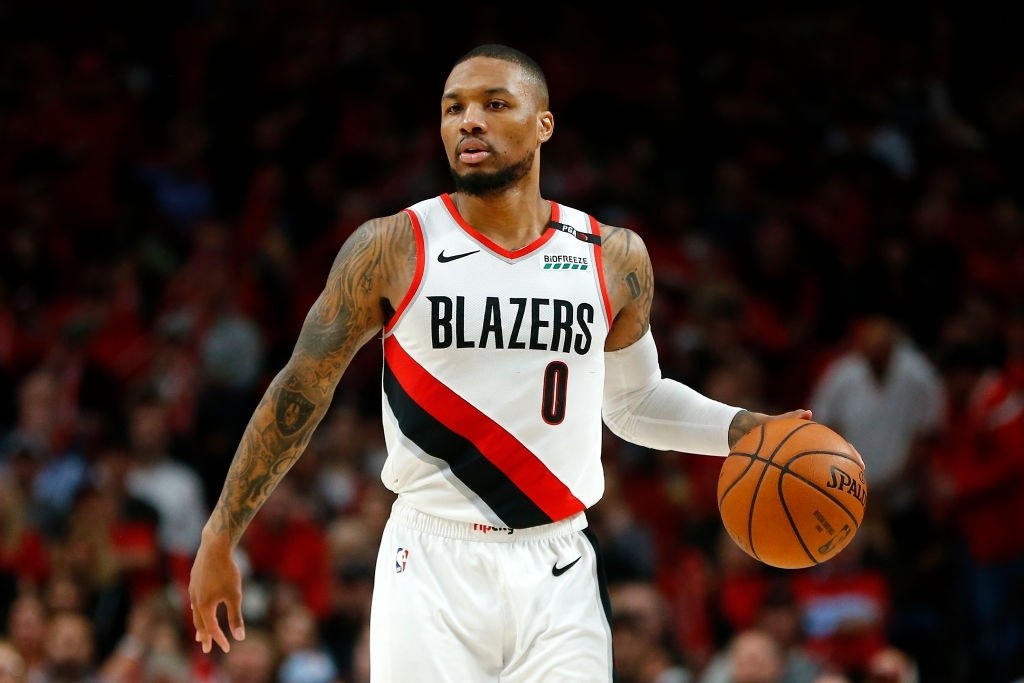 Damian Lillard is a thirty year old American basketball player of the National Basketball Association (NBA). He is currently a point guard  position holder of the Portland Trail Blazers. He has been inducted to the list of NBA All Stars for six times as of now. 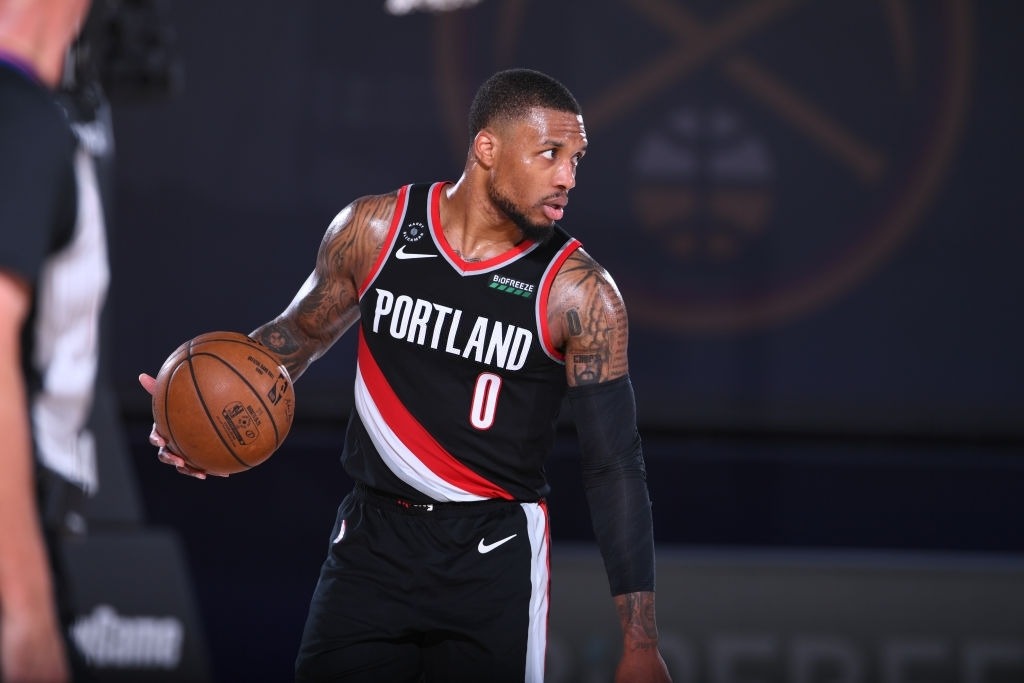 The year 2012 marked the start of his careerwhen he got himself drafted by the Blazers. Damian proved himself to be a player of huge prospect as he went on to earn the NBA Rookie of the Year award in the same year.

One of the best amongst NBA players, Damian has shown consistent growth in his career. Having built up a huge fanbase for himself he is also known as ‘Dame Time’ by his fans.

Celebrity Net Worth calculates Damian to possess a net worth of an estimated $70 million. His contracts, investments and endorsements provide him the financial wealth and worth that he is the owner of. Let us find out the sources behind Lillard’s income and expenditure that make up his high net worth.

Lillard’s diligence and consistent performance earned him the opportunity to sign a contract of Veteran Player Extension or a Supermax contract worth $190 million for a tenure of five years. Thereby, his current salary is estimated to be around $32 million.

Damian has been given the title of one of the highest paid athlete-endorsers globally. He reportedly is associated with big brands such as JBL, Footlocker, Spalding, etc.

He has a shoe deal contract with Adidas that extends for a period of ten years and is $100 million in value. This contract led to Adidas producing their signature shoe line and logo named Adidas Dame. As of current time, there are seven generations of this particular shoe line.

In the year 2019, alongside a few NBA players, Lillard also signed a deal with the company Hulu. He has been featured in a variance of their advertisements aimed towards promoting their streaming services.

In the same year, he also signed an endorsement deal 2K Sports. He is reportedly supposed to be in the coveer of NBA 2K21 alongside the late Kobe Bryant and Zion Williamson.

The official time partner of NBA, Tissot announced in the year 2021 that Damian is going to be their next NBA brand ambassador.

I didn’t know Dame had his own automobile campus!!

In the year 2020, Damian opened a brand new Toyota dealership in McMinnville and with time, he changed the name to Damian Lillard Toyota.

In the same year, he made partnership with the startup company, VIZNTM Gaming. Their prime focus happens to be on 3D virtual reality gaming.

PlayersTV, an athlete-owned sports network happens to have Damian as one of the many other NBA players to be a prt of the company as an investor. His contract suggests that his basketball career documentary series shall be premiered asa and when it is ready.

Damian Lillard’s album “Big D.O.L.L.A.” is available now 🔥‼️Make sure to give it a listen 🎧‼️#taapathletics

Apart from his life on the court, Lillard also happens to be a music freak and a rapper when he is off the basketball courts. Having started rapping at a time when he was not interested in basketball, Damian happens to be doing good in this side of his career too.

seeing every go off about Damian Lillard today is great here is your reminder that he is also a rap godhttps://t.co/3mSqUfzmMA

He goes by the rapper name, Dame D.O.L.L.A and has successfully released three studio albums as of now. He also happens to own his currently established record label name, Front Page Music.

How Damian Lillard Spends His Millions?

Now that we know where all the wealth comes to Damian Lillard from, let us glance through how and where he spends it all.

Damian is the proud owner of a massively beautiful mansion located in Westlinn, Oregon. He live in this house currently with his family and he purchased it in the year 2017. The mansion is priced at a high value of $6,650,000 and covers an area of 4371 square feet.

The mansion is equipped with four bedrooms and three bathrooms. Alongside, the other features includes huge rooms, a barbecue center, a home movie theatre, swimming pool and basketball court.

Hotcars reports that Damian is the owner of quite a number of classy four wheelers. His fascination for cars has always been a thing to take note of.

Lillard owns a Bentley Bentayga SUV which is considered to be one of the most expensive SUVs ever. Alongside, his love for Bentley cars is much noteowrthy as another car in his collection is a Bentley Continental GT.

There is a Cadillac Escalade that Damian’s car collection boasts about itself and on top of that he is also reported to have bought a Porsche Cabriolet which is grey in colour and worth the value of $100K.

.@Dame_Lillard of the @trailblazers has been nominated for the Seasonlong NBA Cares Community Assist Award pres. by @kpthrive!

Lillard is known for his give outs to the community as well. He is an usual face when it comes to philanthropic work and he is associated with various charitable and fundraising organizations. In the year 2018, Damian was awarded with the NBA Cares Community Assist Award.

An enthusiastic vote from us! ☑️

Thank you, @Dame_Lillard for supporting students at McDaniel and Roosevelt High Schools through your RESPECT program, and for all you do for our community.#RipCity https://t.co/R6BLth8sun

While he was in his rookie season. Damian proceeded with something called the RESPECT Program. In this program, he made partnerships with three schools in an around Portland and conducted a variance of events and assemblies.

“Special Olympics is a deserving recipient of this donation as they continue to create a better world of acceptance and inclusion for all people,” said Blazers star Damian Lillard, who’s donating $10k to the organization. https://t.co/x45HUtO4v6

He is also the brand ambassador of Special Olympics and he has himself been a part of many of these games.

The $100,000 donation Damian Lillard made was to the Trail Blazers COVID-19 Relief Fund, which will help support local nonprofits that are impacted by the crisis. The team footed the bill for its arena employees. Lillard and other players’ donations are helping the community. 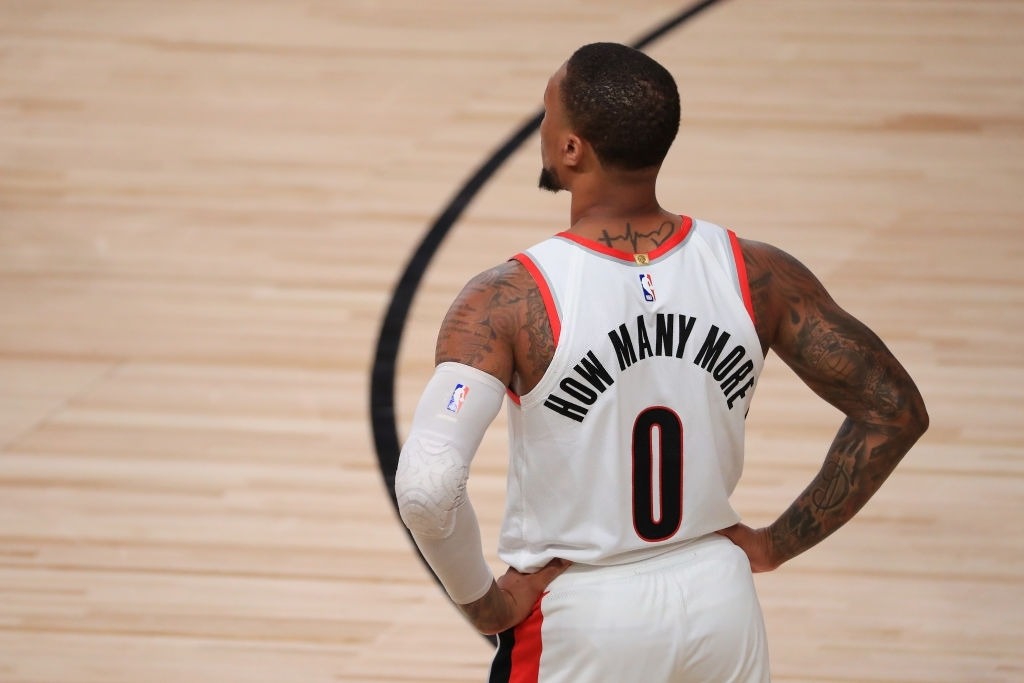 He is also an active participant of the Black Lives Matter movement. During the NBA Bubble 2020, he wrote ‘How Many More’ on the back of his jersey in order to indicate his participation in the movement.

An American by birth, Kay’La Hanson is an entreprenuer whow owns a beuaty salon in Oregon. The fiance of NBA star Damian Lillar, Kay’La is estimated to possess a net worth of around $500K – $1 million as of present time.