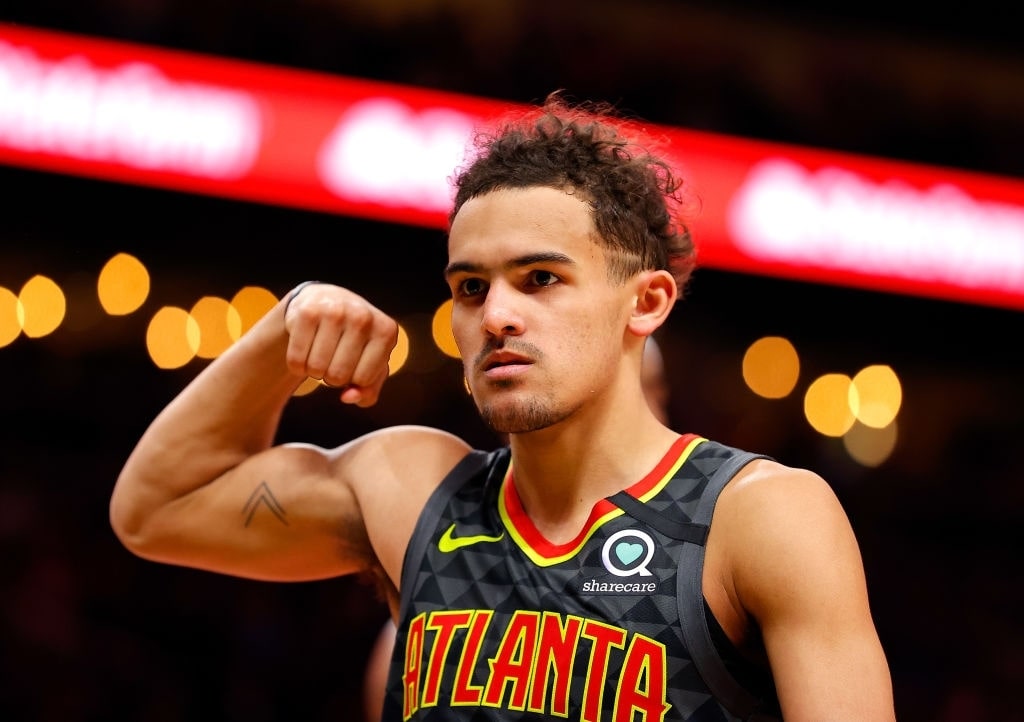 Rayford Trae Young, better known as Trae Young is an American professional basketball player in the NBA league. At just 22 years old, the young athlete is already shown that he can display skills at par with that of the best players on the court.

Starting his professional career with the Atlanta Hawks in 2018, the young point guard has taken his team to the Eastern Conference Finals in the ongoing season facing against the powerhouse, Milwaukee Bucks. Trae has displayed nerves of steel that do not waver under any condition, claiming his spot in the 2020 NBA All-Star roster.

The young basketball player has already displayed why he is one of the best players of his generation, enabling himself to a massive salary and other earning opportunities. Let us dig deeper into all that there is to Trae Young’s net worth as of 2021. 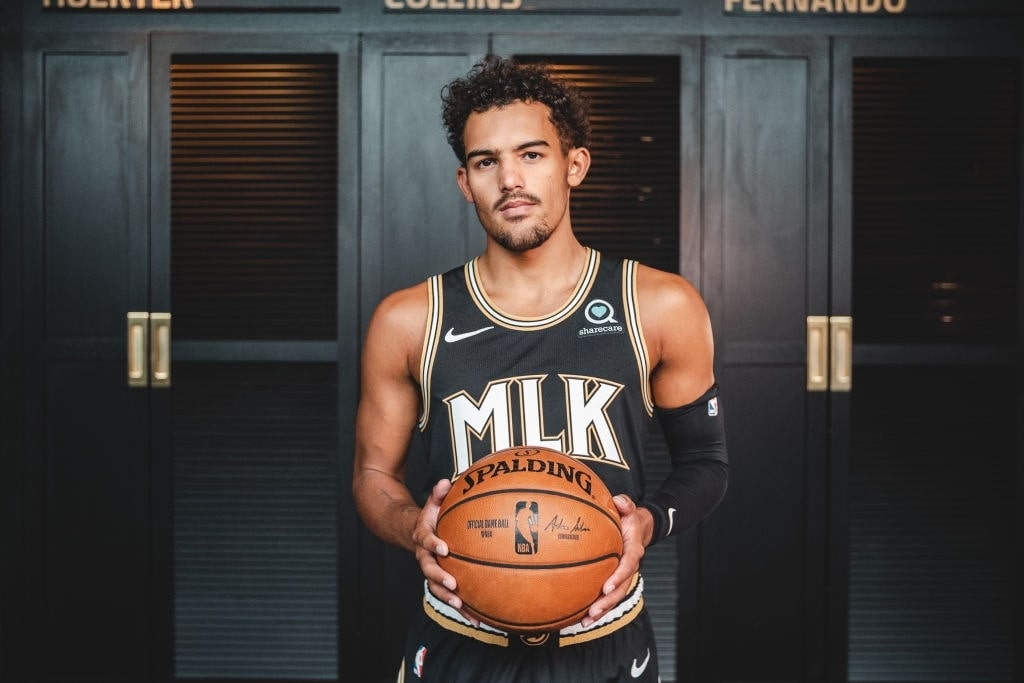 After being in the NBA for just three seasons, Trae has proved in front of the whole world that he is here to stay. As of 2021, the 2020 All-Star player, has an estimated net worth of $6 million.

While his annual salary increases by the minute, more and more brands are seeking out Trae to be their face. Before this young athlete retires, he will worth more than anyone of us can imagine.

Alongside a massive salary that Trae collects from the Atlanta Hawks, he has also signed a plethora of endorsement deals. The young athlete also earns from his business and media involvement. Here’s how Trae earns his millions. 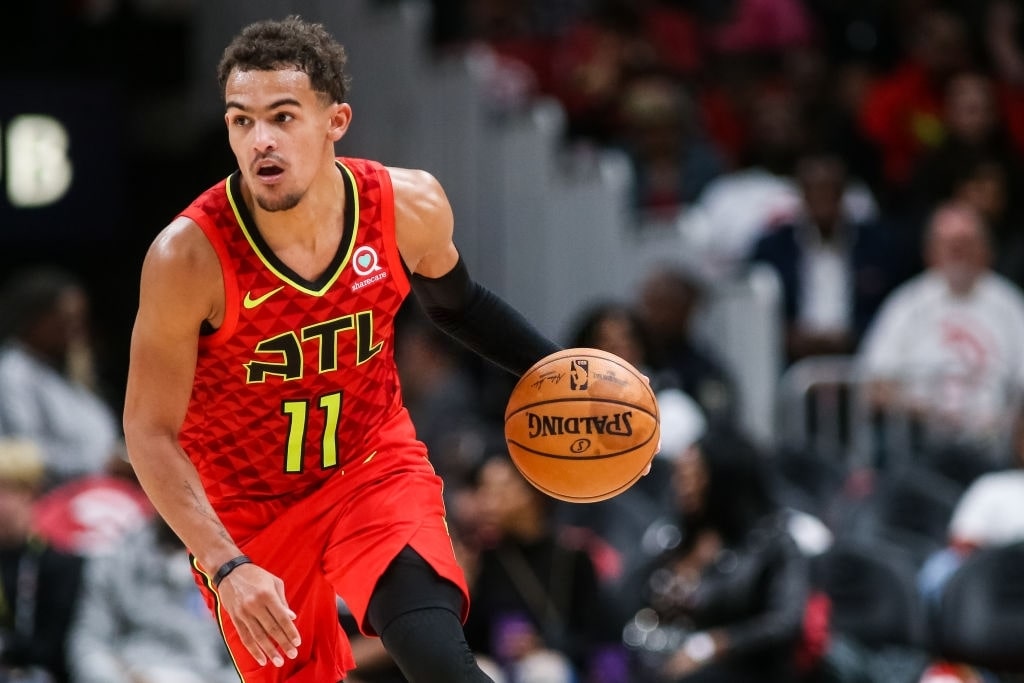 Trae Young was selected as the fifth overall pick by the Dallas Mavericks in the 2018 NBA draft but got traded to the Atlanta Hawks. The 22-year-old athlete signed a contract worth $26.5 million for four years with a starting salary of $5.3 million in his rookie year.

Currently, Young earns a career-high salary of $6.5 million annually and will earn over $8 million in the last year of his contract. Further, there’s a high chance the two parties will sign a maximum rookie contract extension worth $168 million for a five-year term.

As of the ongoing season, Trae Young has earned a little over $17.8 million from his salary alone. 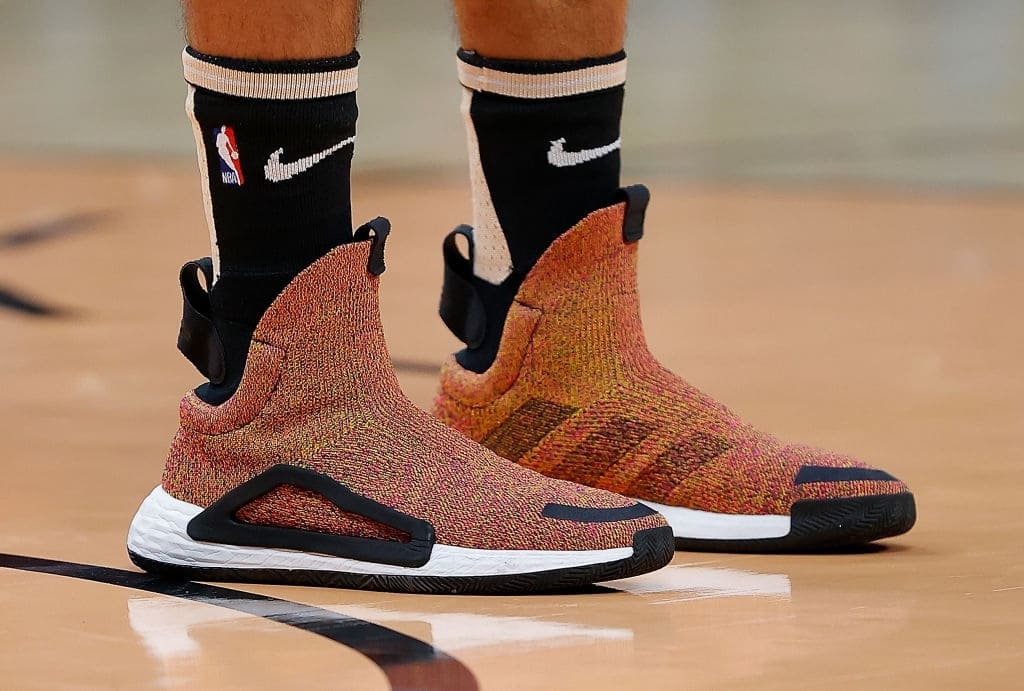 While the NBA athlete earns a massive salary, a major portion of his income comes from his brand deals. Just before being drafted in the NBA, Trae landed a lucrative brand deal, with the global brand, Adidas. The multi-year deal reportedly earns him a massive $1.8 million annually.

Further, Adidas released Trae’s first signature shoe in the 2021 playoff called with Adidas Trae Young. Based on how well the shoe does in the market, Trae might earn even more.

Nicknamed Ice Trae, Young does not only endorse Adidas. The young athlete has also teamed up with a company called Through the Lens, which provides insightful video lessons from star basketball players.

Trae has the potential to be the top player in the league. A player of such stature always finds themselves hand in hand with opportunities that help them fetch wealth. The young NBA star has already shown his face in quite a few commercials. Trae teamed up with Universal Pictures, to promote a 2020 film, the Croods: A New Age.

Young has also appeared in an NBA2K commercial called They Will Know Your Name and also shown his face in a commercial for the brand, Foot Locker.

Further, the young basketball player has collaborated with Apple Music and Record Label, United Masters for a one-time commercial that he posted on his social media handles. Finally, Trae Young also did a video for a YouTube channel called Whistle where he talked about his cheat day, role models, and who he thinks is the greatest of all time.

How Trae Young Spends His Millions?

At just 22 years old, Trae has a massive net worth of $6 million while also earning close to $10 million every year. Such a huge amount of wealth at such a young age enables Trae to live lavishly and opulently. Alongside the money he spends on his mansion, cars, watches, and jewelry, Trae also supports a few charities and indulges in philanthropic activities. Here’s how the rising NBA star spends his millions.

The 22-year-old athlete bought his first house in 2019 in his home state of Oklahoma. The luxury abode is worth a whopping $1.5 million and boasts a massive living space of 8100 square feet. This mega-mansion features five bedrooms, six bathrooms, a pool with a slide, a spacious 7 car garage. The house also has a dedicated media room with 14 TVs and a complete home audio system. 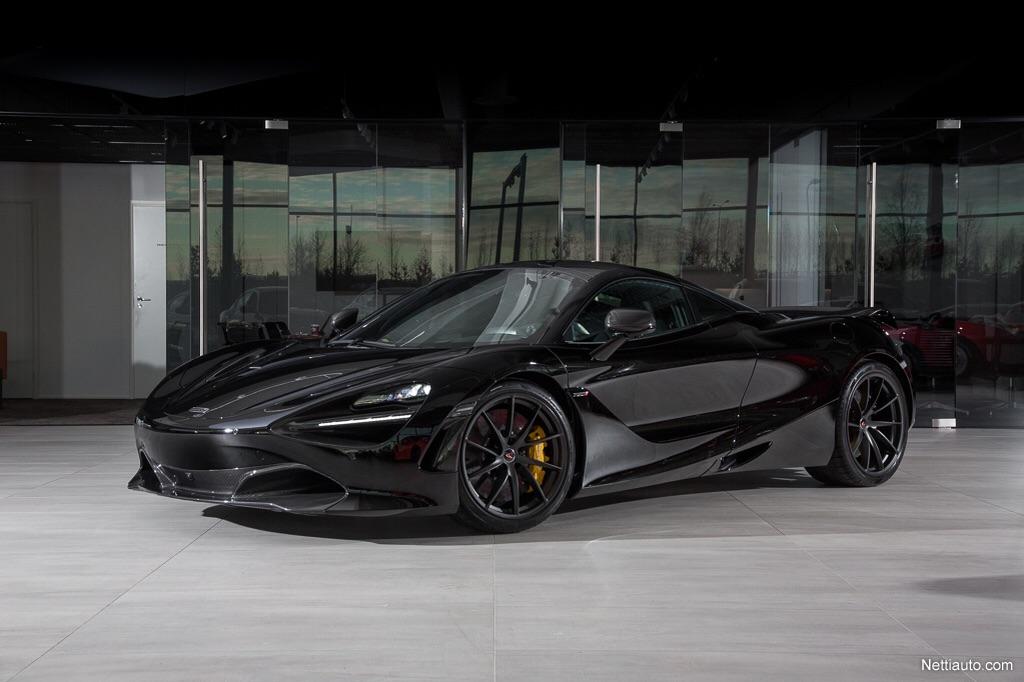 Another car that Ice Trae has spent his money on is a stunning all-black McLaren 720s worth a staggering $285,000. The sports car features a seven-speed automatic transmission 720 horsepower V8 that can go from 0-60 in a lightning-fast 2.1 seconds.

Young has already partnered up with Tissot and thus, owns a few of them. However, he has always been fond of a good timepiece that can match his eccentric personality. Since high school, he has been collecting watches. In a video with eBay, Trae displayed his magnificent collection. 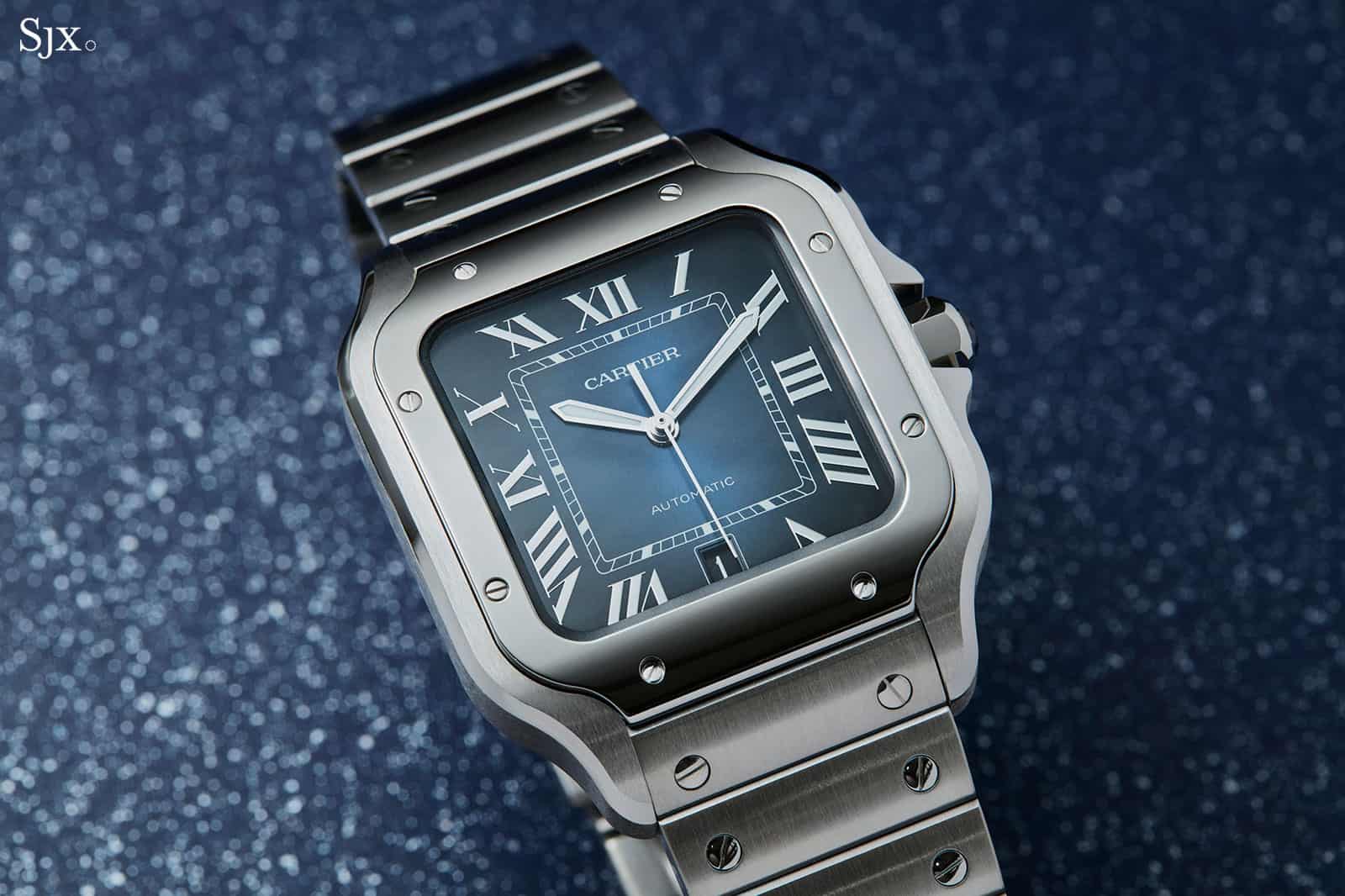 The Hawks’ star player’s collection boasts an expensive Cartier Santos Bust Down worth a whopping $40,000, a $19,000 Rolex GMT Master II, and a select collection of Tissot watches. Amongst all of these, the crown jewels of Young’s collection is his Rolex Cosmograph Daytona Dial Oysterflex in yellow gold with a black dial worth a whopping $32,000.

Trae Young is all about class and style. Over the years, he has spent some serious money on custom pieces of jewelry. The young athlete got himself a custom Huey Freeman chain from the show, Boondocks. The chain is complete covered in diamonds and can be worth an easy 50 grand.

Further, American Rapper Quavo gifted Trae with a custom iced-out necklace and gave him a shout-out for being the Rookie of the Year.

Finally, the young NBA star player also owns a few other chains, amongst which is a chain with his logo and a few other pieces.

Congrats Steve!!! I donated $13 to the @stevenashfdn as a thank you for the kids he assists off the court @stevenash. I challenge you all to do the same #dimeforNash #HallOfFamer pic.twitter.com/t9Kvyj04sb

The young NBA rising star started the Trae Young Foundation shortly after getting drafted in the league to follow his passion for helping those in need. For starters, Trae donated a massive sum of $13 million to the Steve Nash Foundation in 2018, back when he was just starting earning big bucks.

Further, Trae also donated $10,000 to a medical debt erasure agency, RIP Medical Debt which helped clear over $1 million in debt for residents through the Trae Young Foundation. For his help towards the community, Trae was awarded the NBA Cares Community Assist Award during the 2020 All-Star weekend.