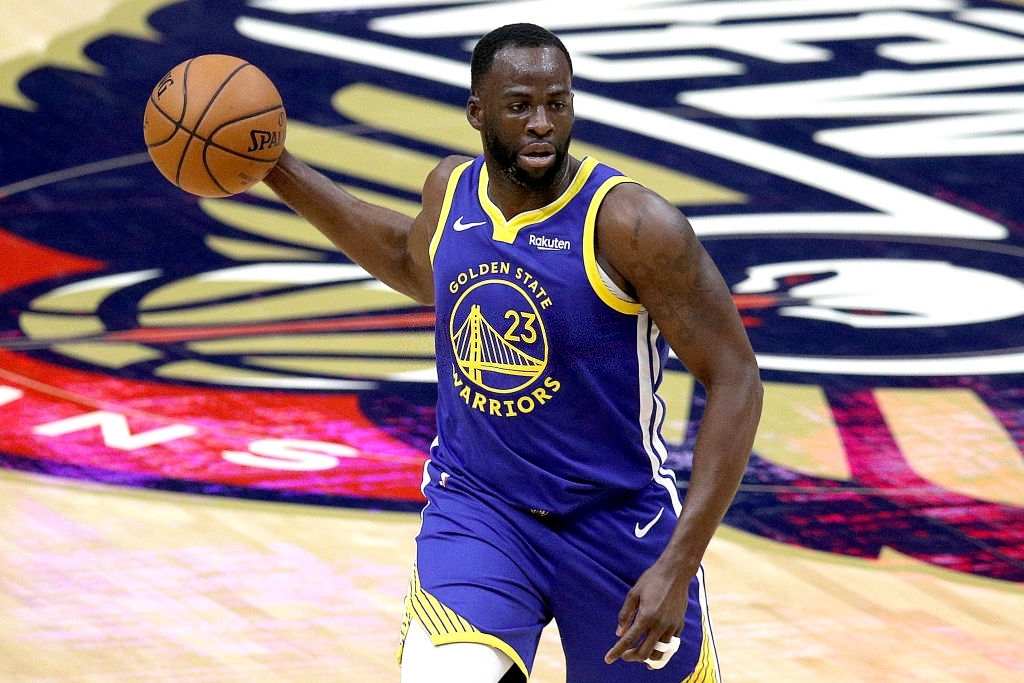 Draymond Green is a thirty one year old American basketball player of the National Basketball Association (NBA). He is currently a power forward position holder of the Golden State Warriors. He has been inducted to the list of NBA All Stars for three times as per Celebrity Net Worth.

Having started his career with the Michigan State in the year 2007, Draymond got himself picked in the 2012 NBA Draft by the Golden State Warriors.

Draymond is the former member of the national basketball team of the United States as reported by PlayersBio. The team was victorious with a gold medal in the Rio Olympics, 2016. Let us look through the sources of income and expenditure of the NBA star’s earned wealth.

As per reports by Celebrity Net Worth and PlayersBio, Draymond Green stands at a net worth of an estimated $50 million currently as of 2021. His endorsements, career contracts and investments altogether work up to make the total sum of his wealth possession.

As of 2021, Draymond has been going on with his third contract with the Golden State Warriors. Reports by Celebrity Net Worth suggest that Green’s first contract with the Warriors was a deal for three years tenure. The contract was worth $2.6 million.

In 2015 another signing took place between the Warriors and Draymond. This contract was for a five year tenure and worth a value of $82 million.  This contract offered him an average salary of $16.4 million per annum.

The third and currently ongoing contract with the Warriors was signed by Draymond in the year 2019. The tenure of this deal happens to be of four years and is estimated to be worth the value of $100 million.

Green is associated with a few of the big shot companies as an endorsee. PlayersBio reports that he is associated for endorsements with the brands Major Fantasy League and Converse .

“As a series goes on, it gets tougher… It’s on everybody to step their game up a notch.” @Money23Green #nbaplayoffs #nike #justdoit pic.twitter.com/7yKQnpsIS1

As per reports by Forbes, Draymond is also an endorsee of the brands Nike and Verizon. Moreover it is reported that he earns around an estimated value of $4 million out of his endorsement deals off the court.

SmileDirectClub is one of the very few at-doorstep orthodontics service provider. Draymond reportedly used to have to wear braces back during his school days and at a point had to sought alternative methods in order to avoid wearing them. A victim of such kind of a phase at a tender age surely made a mark in Green’s soul.

Draymond Green is all smiles lately. After signing a four-year, $100 million max extension with @warriors last month, the forward is expected to make 40x his investment in @smiledirectclub, which went public today.

Draymond, further invested in SmileDirectClub once the company started to hit up working in the sector of public trading. According to Forbes, Green must receive an estimated forty times than that of his investment as per the valuation graph of SmileDirectClub (SDC) keeps going upwards as it is.

Reports by CNBC suggests that Draymond also made investments in a few fitness related companies. It is also reported that in the year 2018, Green along with a business partner of his, signed a deal of partnership with Blink Fitness. The deal is subject to opening of twenty fitness spaces across the United States.

As per Forbes, Green invests in a line of supplements named ‘Performance Inspired’ by Mark Wahlberg. He investment association also extends to Rumble which is a boutique of boxing fitness.

Green is a part of the Lebron James and Maverick Carter brainchild ‘Uninterrupted’, which is considerably a media brand focused upon empowerment of athletes.

So @Money23Green has a new podcast on @Uninterrupted

Yours truly is the co-host. First ep is 👌🏾https://t.co/vOwqFEDKCY pic.twitter.com/gHAwSFOlSc

Alongside, Draymond also conducts his podcast sessions on Apple Podcasts and the session is named as ‘Dray Day’.

Draymond Green Is Helping Launch An Accelerator in Flint with ⁦@soledadobrien & others in⁩ 100K Ventures group: hopes to expand their accelerator nationwide and invest in startups in other underserved communities. #innovation #Entrepreneurship https://t.co/SUVOIziZYD

As per reports by Forbes, Draymond is a founding member of a company named 100K Ventures. This company aims to make investments to companies in their early stages. Their location range happens to be companies in and around Flint, Michigan.

How Draymond Green Spends His Millions?

Now that we know where all the wealth comes to Draymond Green from, let us glance through how and where he spends it all.

A beautiful mansion in the Los Angeles’ area of Brentwood was purchased by Draymond for a price of 9.6 million as per Celebrity Net Worth. The mansion was priced at $10.2 million and Green bought it for a lesser amount.

It is reported that in the official listing, this mansion was termed as ‘Timeless Georgian Colonial’. It was built in 2019 and boasts massive features like outdoor kitchen, swimming pool, etc.

Alongside, Green also owns a penthouse in San Francisco which is  worth $7 million. The house is equipped with four bedrooms and provides beautiful cityscape views.

Draymond is reported by Hotcars as a part of the list of their fifteen NBA stars with the best of the lot sports cars. He hold the 4th rank and we can see that owns a beasty sports car which is a BMW i8.

As per reports by NBA, we get exposed to the numerous charitable organizations and activities that Green is a part of. A former student of the Michigan State, Green donated a sum of $3.1 million after he turned out to be a successful sports personality. He made this donation to his alma matter during the season of 2015-16.

The idea of gender equality goes through rigorous ignorance at times. An ongoing public awareness campaign #LeanInTogether provided major focus on the important role that men also play in gender equality. Throughout the season of 2015-16 Draymond was witnessed to take active charge in the #LeanInTogether campaign to launch their second year journey.

Green has reportedly taken active part in order to help advance race relations by joining RISE as an advisory board member.

@Money23Green in an anti-bullying campaign… yet this dude is over here bullying another NBA player because he worked hard for something and got snubbed and was emotional about it.

He has also participated in the anti bullying campaign conducted by the Warriors and Adobe named Not On Our Ground.

Draymond joined The First Tee as a partner and helped to extend its impact  towards the underserved and affected communities around the area of Oakland, Hayward.

Draymond is also the spokesperson of Bay Area BMW and the Warriors’ ‘Go Green’ platform that focusses on imparting knowledge on how to be ‘green’ at home.

@Money23Green is definitely #Bello as the @warriors Season of Giving ambassador! Wait till u see him in @BelloVerde pic.twitter.com/vTDwR4uOvc

The Warriors’ Season of Giving campaign witnessed Draymond to join forces with the Oakland Marriott in order to provide Thanksgiving lunch for families and youth.

Besides his participation in so many charitable organizations, Green is also known to have come up with his private Holiday Caravan and has reportedly dressed as Santa Claus in order to cheer and surprise local families with gifts.

Hazel Renee is an American actress and television personality. She has already been a known name but rose to her fame further after she started dating Draymond Green. The girlfriend of the NBA superstar is estimated to possess a net worth of around $5 million.