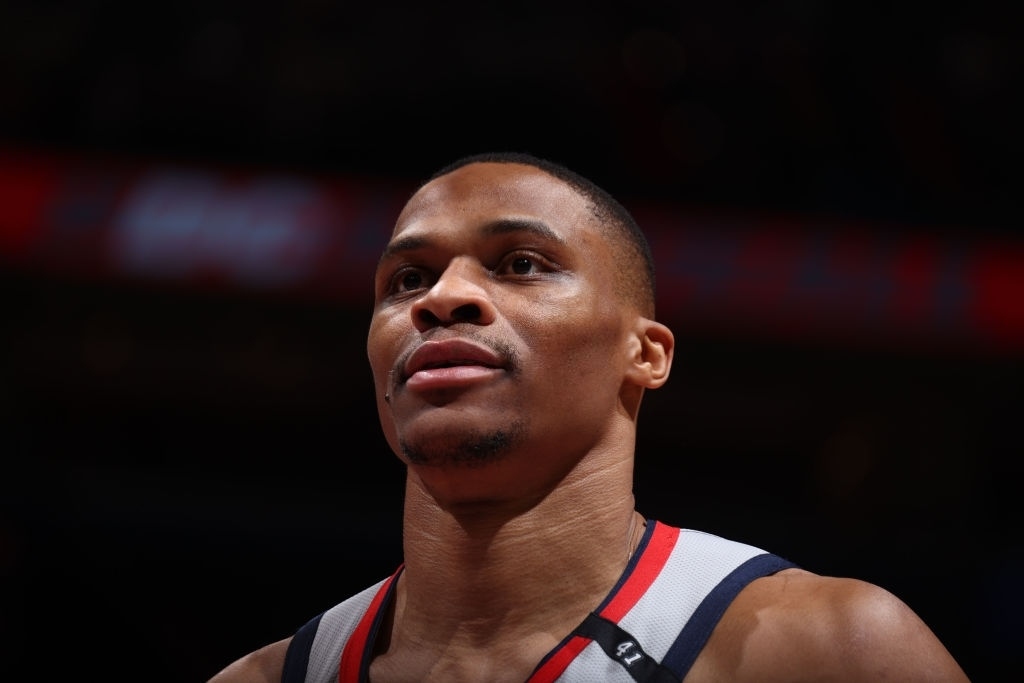 Russell Westbrook is a thirty one year old American basketball player of the National Basketball Association (NBA). He is currently a point guard position holder of the Washington Wizards. He has been inducted to the list of NBA All Stars for eight times as per Celebrity Net Worth.

Having started his career in the year 2008, Russell got himself picked in the fourth NBA Draft of the same year by the Seattle SuperSonics. They later became Oaklahoma City Thunders after name change. Since 2020, he currently plays for the Washington Wizards. 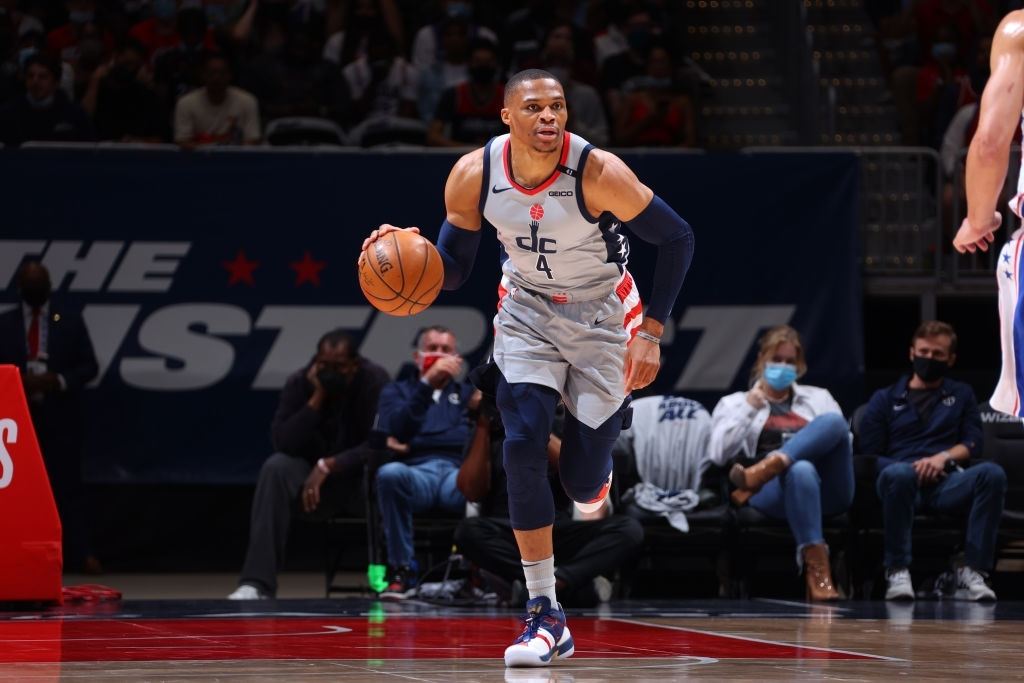 One of the best amongst NBA players, Russell has shown consistent growth in his career. He has been announced as the NBA All Star Game MVP twice. Let us look through the sources of income and expenditure of the NBA star’s excessively wealthy net worth.

What is Russell Westbrook’s Net Worth in 2021?

Celebrity Net Worth calculates Russell to possess a high net worth of an estimated $170 million. His contracts, investments and huge endorsements provide him the financial wealth and worth that he is the owner of. He is also considered as one of the highest paid athletes around the world both in terms of brand endorsements and his NBA salary.

During his tenure at the Oaklahoma City Thunders, On August in the year 2016, Russell was offered $85.7 million contract extension for three years. The same year witnessed Russell to bag the award for the Most Valuable Player in NBA.

In 2017, the thunders offered a massive contract renewal to Russell. This renewal deal was $205 million and the tenure was of five years. After signing the contract, he was shifted to the Houston Rockets in 2019 and then in the following year he joined the Washington Wizards.

According to reports by Republic World, Russell earns a decent salary of $44 million as of the 2021-22 session and is also the number fourteen position holder of the list of World’s Highest Paid Athletes 2021 by Forbes.

On the 11th of October, in the year 2012, Nike News reported Russell Westbrooks deal signing with Nike’s Jordan brand of shoes. In the year 2017 he signed the renewal and extension on the same deal for ten more years. 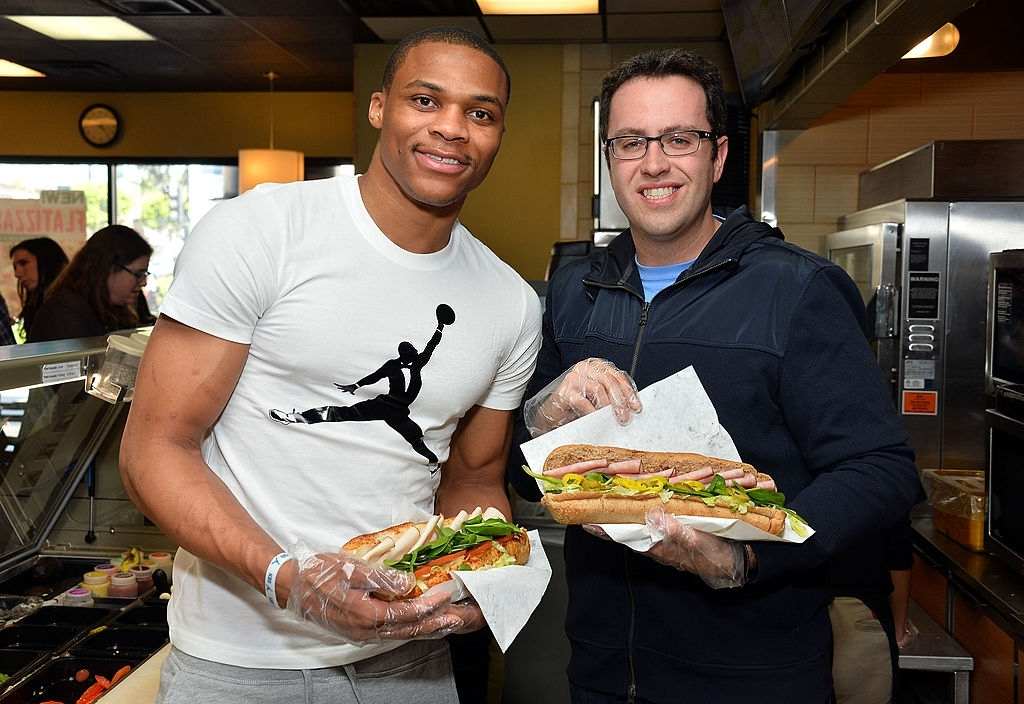 The year 2014 marked a time when Russell signed a huge deal with Subway. As part of its opening, Russell reportedly made sandwiches in Westwood, Los Angeles where the franchise is situated. 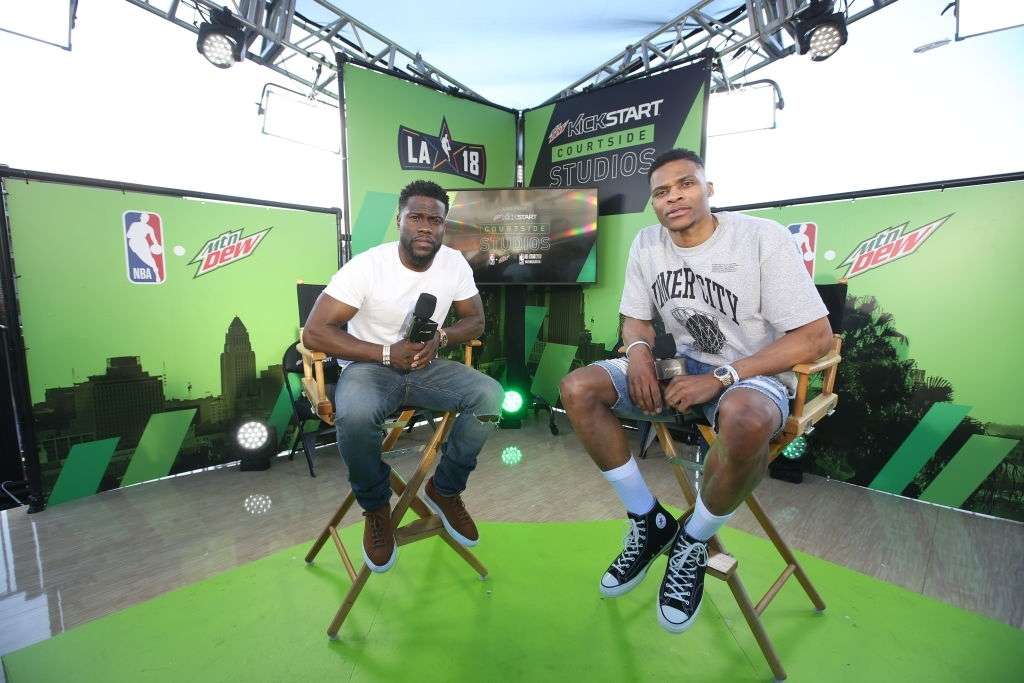 A multi-year partnership deal with DEW Nation, PepsiCo was  signed by Westbrook in the year 2015. During his time, MTN Dew Kickstart had him stand as the face of the brand.

Alongside such big deals, Russell is also an endorsee of companies like Samsung. True Religion Apparel, etc.

As per reports by CNBC, Russell, in the year 2021, led on a funding round worth of  massive $63 million for Varo Bank. This resulted in him becoming an investor of the bank as well as an advisor of the financial tech firm.

From Russell Westbrook investing in Blend to Safeco ending a 20-year ballpark naming rights deal, this is your #sportsbiz5 at 5! pic.twitter.com/xgXzyFq65D

As per reports by Forbes in the year 2017, Westbrook made investments on a company named Blend. They focus on creation of consumable news that cater to the standards and expectations of the further generations, Y and Z.

Acrisure is a company that works as a global insurance broker. On the month of February in the year 2021, businesswire reports that Russell has shaken hands with Evolution Advisors, LLC and is designated as a founding partner. They joined hands with Acrisure alongside.

This company is known to provide extensive accesses to products related to insurance and financial serviced to companies owned by minorities. They also provide the same to Minority Business Enterprises (MBE) certified businesses.

Come see what the all new 2017 Chrysler Dodge Jeep Ram’s have to offer down at Russell Westbrook of Van Nuys. #rwc … https://t.co/oo5jkvD1am pic.twitter.com/CFwsHCRMka

Major congrats to @russwest44 on the opening of Honor The Gift. Westbrook was spotted casually posing with his wife Nina head to toe in his newest collection at the launch of his #OKC shop. https://t.co/NtHpPGburY pic.twitter.com/brvUu2HBio

A reportedly huge fan of apparels, Russell own his own line of clothing brand named ‘Honor The Gift’ in the year 2017. Having started as a pop up, the brand gradually went to a fair expansion within the span of an year.

Soon after the first series went successful, he brought on a second range in the form of a new line of clothing .

As per reports by Forbes, he titled this new line as inspired from Inner City and comprises of products such as graphic tees, sweatshirts, hats socks, etc. 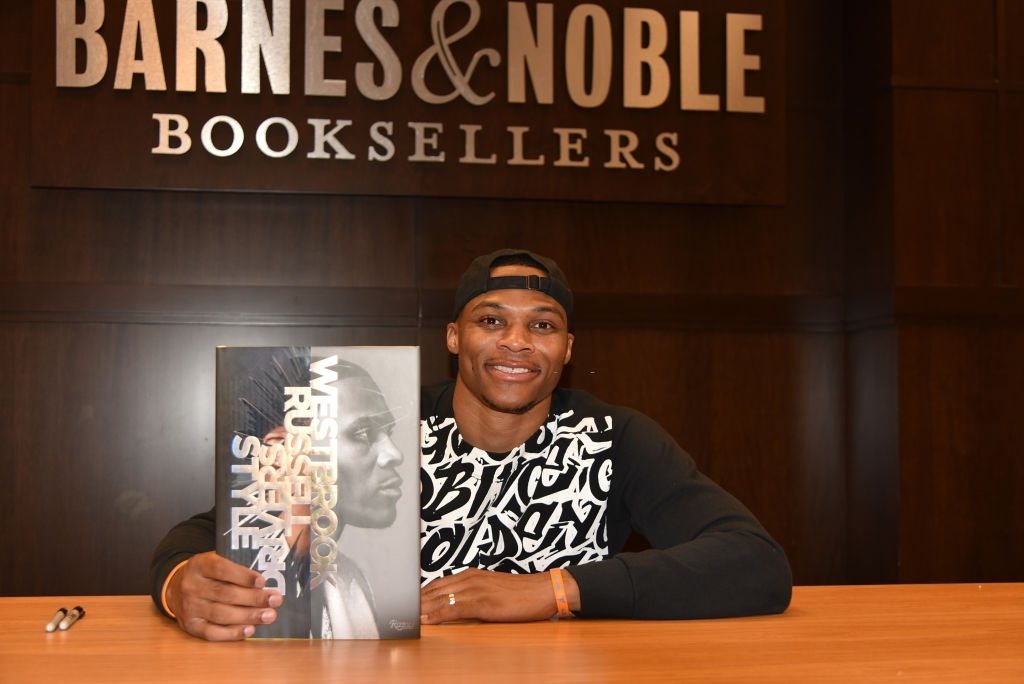 A style icon too around social media, Russell is reported to be massively involved in fashion and as per Playersbio, he spends around $350,000 each year solely on his apparels. The magazine Rizzoli featured Russell in one of their issues’ hardcovers. It was titled as ‘Russel Westbrook: Style Drivers’.

He has also been featured in Vogue, the style sections of the ‘New York Times’ and in a few other places.

Russell’s style statement has been a hot topic and his name’s frequent presence, pushed up his collaborations with the companies like Nike and Barneys New York.

How Russell Westbrook Spends His Millions?

Now that we know where all the wealth comes to Russel Westbrook from, let us glance through how and where he spends it all.

A beautiful mansion in the Beverly Crest area of Los Angeles was owned by a reality star named Scott Disick. Russell purchased the property in the year 2015 for a value of $4.65 million.

However on the month of June in 2019, he listed the property for sale at a value of $6 million. According to Celebrity Net Worth, he lowered this price  value to $5.35 million.

Besides, he reportedly used to own a couple of mansions one of which is situated at Oaklahoma. The three bedroom mansion was sold in March of the year 2020 for a price of $426,900. The other one is reportedly a mansion of 8394 sq. feet area and Russell listed that for sale in 2019 for a value of $1.7 million.

As reported by Turo, Russell is the proud owner of a Lamborghini Aventador. The classic hot four-wheeler is priced at a value of $387,000. Moreover, it features a custom paint job of orange color and customized rims as well. 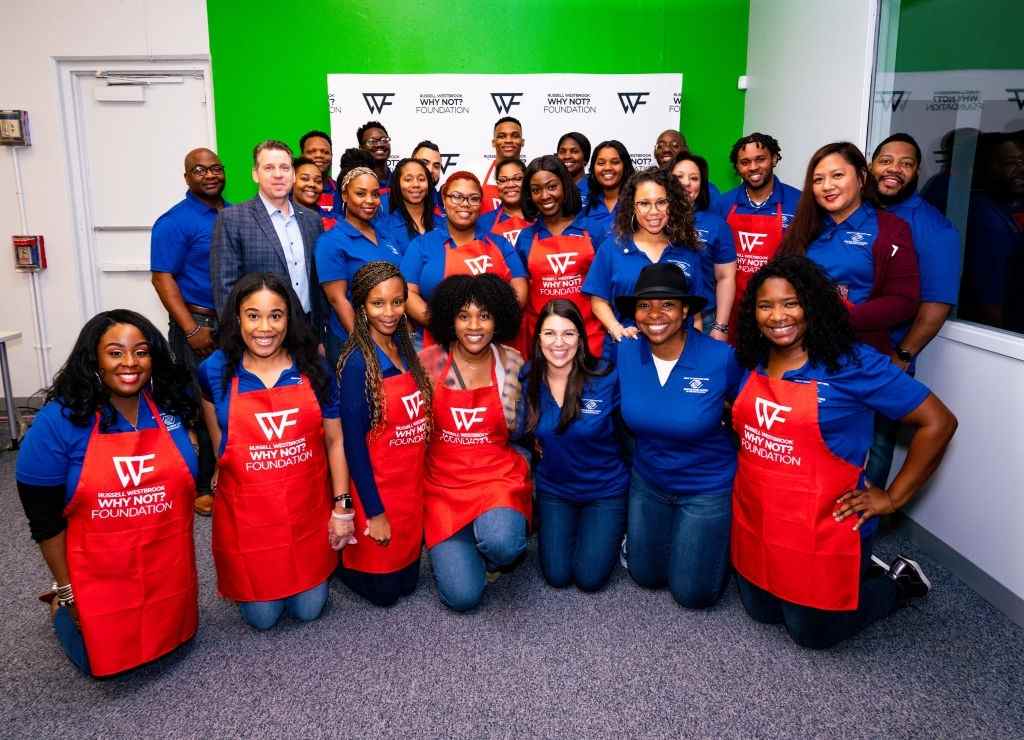 Besides his massive net worth and a happening lifestyle of huge media coverage and career success, Russell is also extremely active when it comes to lend a helping hand. 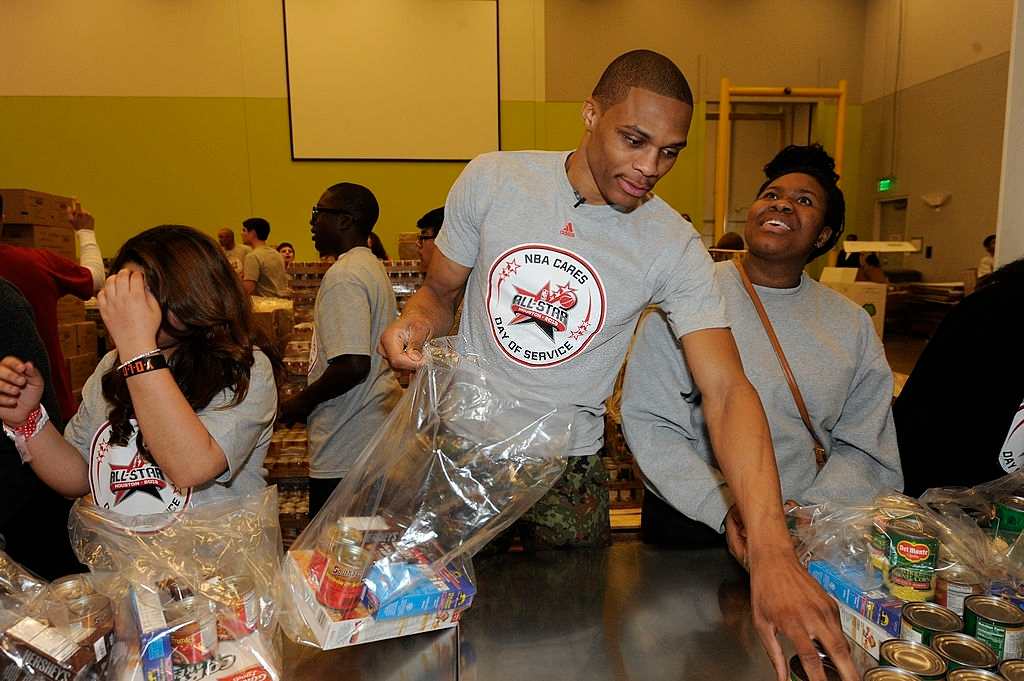 He is the founder of the Why Not? Foundation which is a non-profit organization. It primarily aims at the empowerment and education of children. The organization was founded in the year 2012. They reportedly host Thanksgiving and various other events during Christmas. 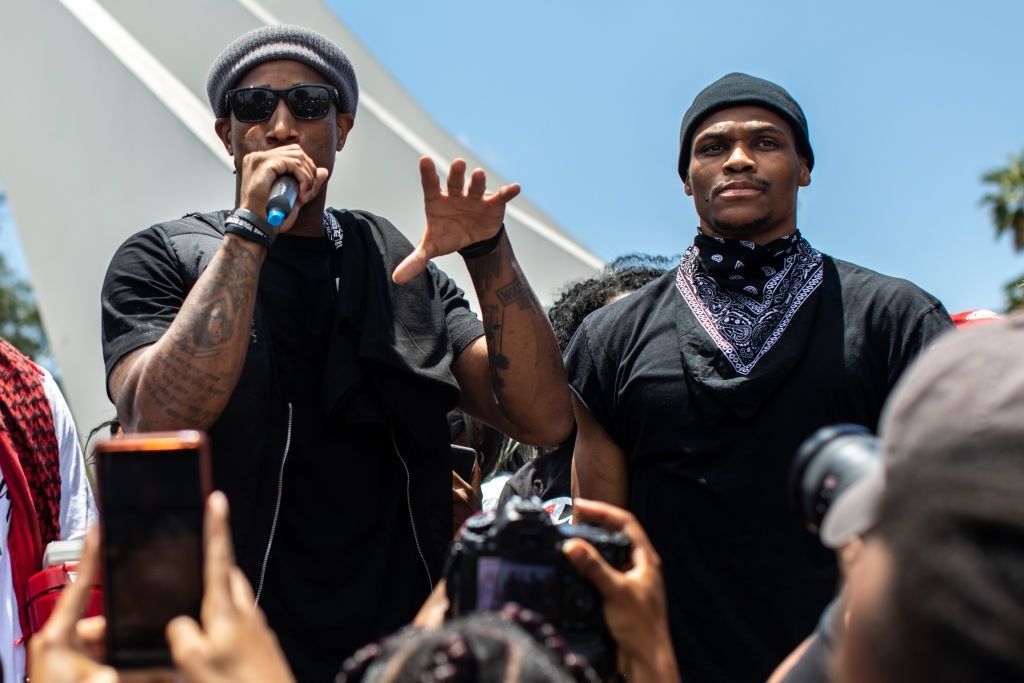 Russell is also an active participant of the Black Lives Matter movement. 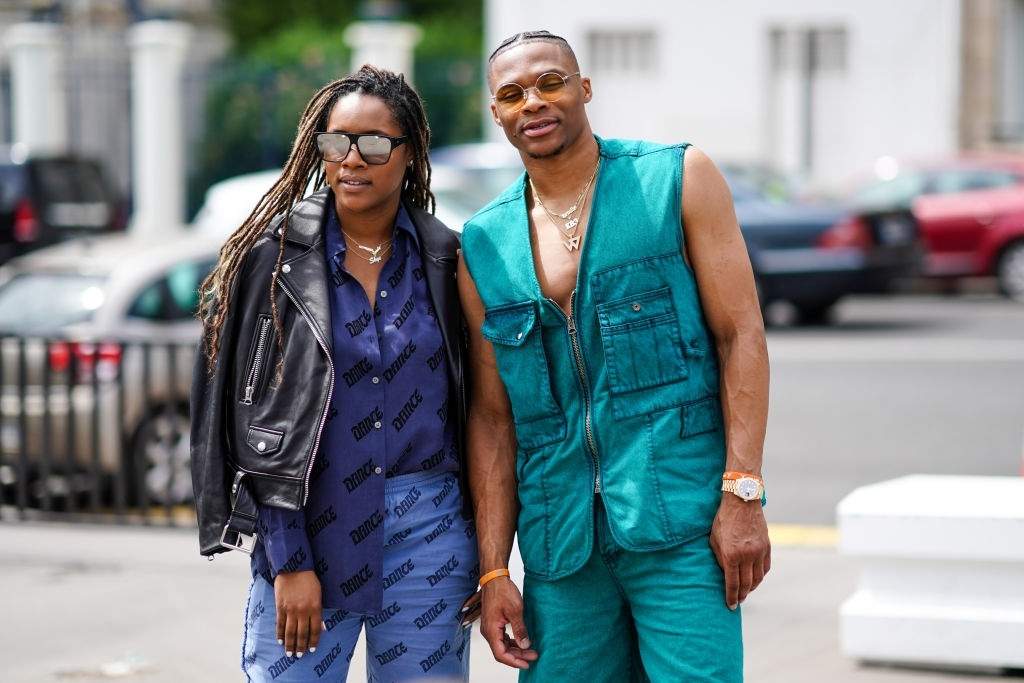 The childhood sweetheart of the NBA star, Nina Earl is also a former professional basketball player. As per reports by allstarbio, Nina’s net worth is estimated to be around $2-5 million. Other than that the aforementioned net worth of her spouse Russell Westbrook, makes it pretty clear that the family has a fine flow of finances.