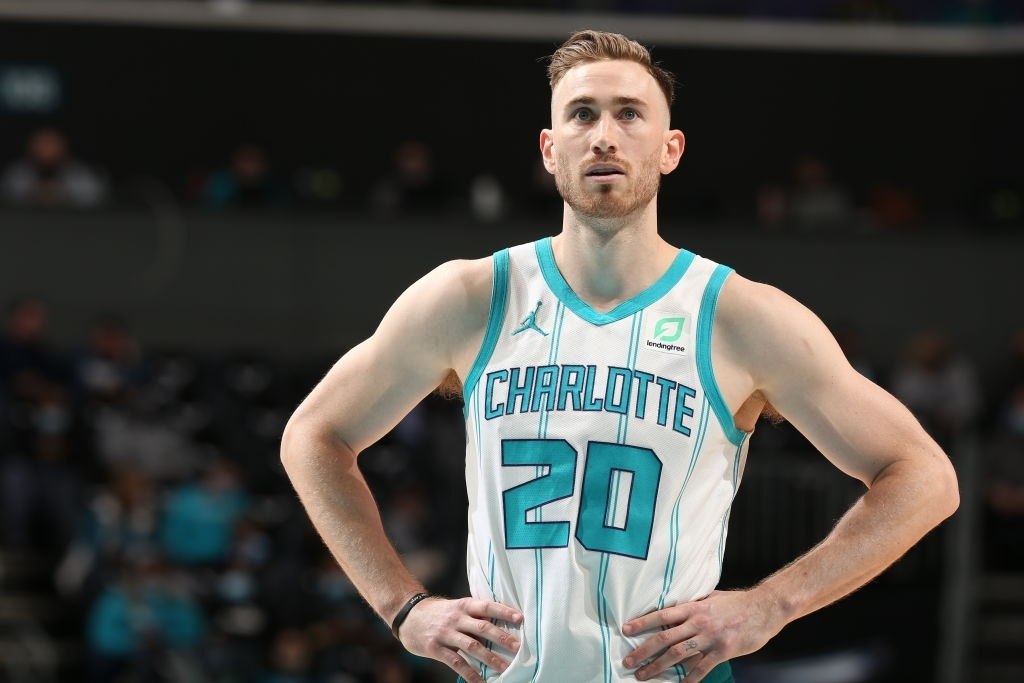 Gordon Hayward is a thirty one year old American professional basketball player  of the National Basketball Association  (NBA). Born in Indianapolis, Indiana, USA, Gordon currently plays for the Charlotte Hornets. He plays for either of the positions of a small forward or shooting guard.

Gordon started his career in the year 2010 after getting signed by the Utah Jazz as their ninth draft. His initial appearances were similar to that of a rookie. Alongside gradual improvement and promising prospect out of his performance, Hayward earned himself a position in  starting line up more frequently. 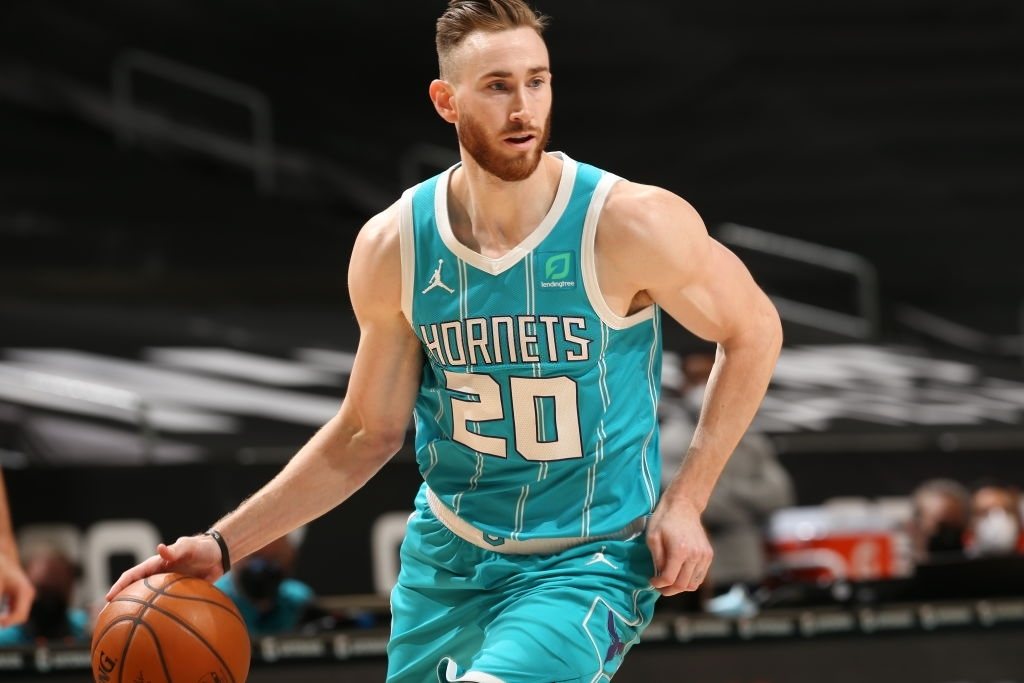 A successful career holder, Gordon earns a lot of wealth out of his massive contract deals. Apart from that, he is a known face in the media circuit and his limelight appearances have fetched him huge endorsement deals. Let us now go through his income and expenditure out of such a heavy financial net worth.

Gordon is considered to be one of the highest paid athletes in the world. Celebrity Net Worth estimates his net worth to be around $60 million as of 2021. His expensive career contract, endorsements and investments all work up to provide the summation of his decent financial worth.

Let us now take a look at the sources from which the NBA star accumulates all his wealth.

Until the year 2020, Hayward used to play for the Boston Celtics. However, during the month of November in the same year, he signed a massive contract with the Charlotte Hornets.  This happens to be a contract for four years tenure and the deal is reported to be worth of a whooping $120 million.

It is reported that he signed with the Hornets after turning down a renewal offer from the Celtics. He rejected the Celtics’ offer of $34.2 million and chose to join the Hornets instead.

To the city of Charlotte, I can’t wait to start the next chapter in my career! I am ready to play for another incredible organization with the @Hornets. Let’s get it! pic.twitter.com/jpo2HJByaY

PlayersBio reports that Gordon earns around $28,500,000 from the very initial year of his contract. Apparently he is also the 35th rank holder in the league as well as the highest remunerated player of the Hornets’ squad.

A player worth such heightened financial worth only through his career is sure to have some notable endorsements which are important to note. Gordon is definitely one such player and his endorsement deals are worth taking a look at.

In the year 2018,Hayward signed a deal with the China-based company Anta. The deal is concerned with shoes being manufactured by the company under Gordon’s name.

Moreover, the first shoes of the series namely, ‘GH1’ have been released back in 2019 by Anta.

The second ones in line of the GH series is named as ‘GH2’ and is set to release in this year, 2021.

Dozens of gamers lined up for a chance to play FIFA16 with Gordon Hayward @HyperX @utahjazz @KSL5TV pic.twitter.com/gBE5XuUiop

Gordon is known to be a dedicated gamer during his life off the court. In the year 2016, he signed a deal of esports endorsement with Hyper X. This deal put his name to the records as the first NBA payer to sign an esports company deal.

Gordon Hayward shows his opponents no mercy. That’s why he games on Xfinity xFi.

Similarly, Hayward is also part of endorsement deals with companies like Xfinity and AutoFill.

“Everybody around the world is starting to understand there is a lot of money that can be had in esports,” – Gordon Hayward (✍️ @JacobWolf) #esports https://t.co/QmMKEhRJ0t

As per their reports, PlayersBio suggests that Gordon has apparently made around $25 million out of a number of personal investments.

On of the most notable investment of Hayward is that on the company Tribe Gaming. This is an esports and mobile-focussed gaming entertainment organization. Tribe Gaming is based out of Austin.

Riot Games has delivered again a great commercial, this time about Gordon Hayward and his injury back in 2017.https://t.co/ZiouaZKTA1

As reported by ESPN, Hayward has been spotted to make a fine number of appearances with Riot Games, the developer of the game, League of Legends.

How Gordon Hayward’s Spends His Millions?

Now that we know where all the wealth comes to Gordon Hayward from, let us glance through how and where all he spends it.

Hayward is the owner of some of the best mansions one will ever come across. During his tenure with his first ever official NBA team Utah Jazz, Gordon purchased a mansion in Rancho Santa Fe. It is a mansion curated with a Spanish touch and is worth the price of $3.35 million.

The Mansion stands on an area of around 7556 square feet and boasts six bedrooms and eight bathrooms. Alongside, the property also comprises of a basketball court and a tennis court, a swimming pool and spa and a dedicated gaming room for Gordon himself.

In the year 2020, Gordon decided to sell off this property for a price of $3.9 million.

Gordon Hayward has a sprawling $3M mansion in Fishers that sits on nearly seven acres. Take a look: https://t.co/yqXsEQVfQD

In 2019, while he was a member of the Boston Celtics, Hayward purchased a mansion in Fisher, Indiana. The mansion boasts several features such as a wine cellar, and exterior kitchen theatre and a dedicated fireplace room. Standing on an area of an estimated seven acres , ornate woodworks unfold all over the mansion.

Gordon’s current property is the one that he purchased on January, 2021 in Charlotte. The mansion is priced at a massive $4.7 million and stands on an area of 8800 square feet as per reports by realtor.com.

A couple of lion statues sit as guards on wither sides of the double door entrance of the mansion. Alongside, this luxurious house comprises of five bedrooms and eight bathrooms and a master suite with a walk-in closet and dual bathrooms. On top of all this the other features of the mansion include an elevator, a golf course, a media room and a wine cellar.

The thirty-one year old NBA star is the proud owner of some of the most notable hot rods in the market. The noteworthy ones out of the absolutely wonderful car collection is sure to make one go awestruck.

Gordon owns a Tesla P85 Model S worth the price of $80,000 and the most expensive four wheeler in his collection is the Lamborghini Aventador. He purchased the Lamborghini quite recently for a reported price of  $4,50,000.

Daddy’s Always Happy is a charity campaign initiated by Gordon Hayward in 2018. The campaign teamed up with Teespring which is an online platform . They created t-shirts that featured catchphrases. The financial gain out of the t-shirts sales was donated to the Massachusetts Society for the Prevention of Cruelty to Children.

In the same year along with his wife Robyn, Gordon started a camp for the local girls of Boston named ‘Her Time to Play’.

During the time he was in Boston, Gordon helped in raising funds through online live streaming  to support the Boston Children’s Hospital.

Boston Celtics forward Gordon Hayward along with his daughter Bernie, announced a donation of 450 meal gift cards to emergency room doctors and health care workers in the Boston area Saturday. Jayson Tatum is donating $250,000 and provide meals to people in Boston and St. Louis. pic.twitter.com/PM4MpynQN8

In 2020, Hayward is reported to have donated four hundred and fifty gift cards to the healthcare practitioners of Boston area emergency room.

Robyn Hayward came into spotlight post her marriage with the NBA star. According to reports by Biographics World the spouse of Gordon Hayward possesses an estimated net worth of $2 million.