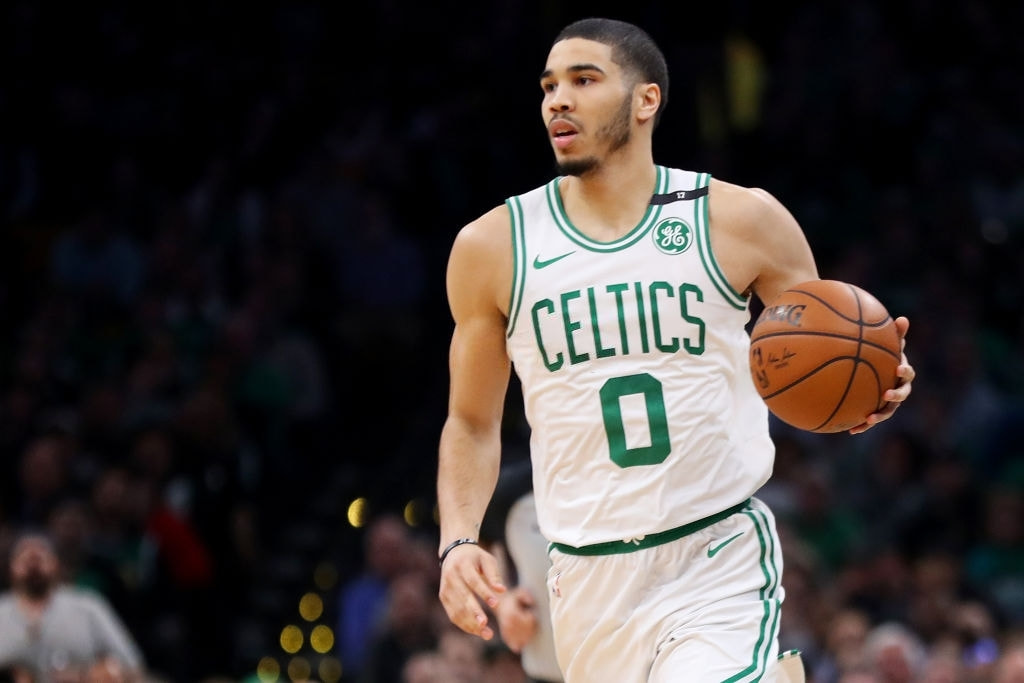 Jayson Christopher Tatum, better known as Jayson Tatum is a young basketball player in the NBA league. Currently holding the small forward position for the Boston Celtics who selected Tatum in the 2017 NBA draft as the 3rd overall pick. The young athlete is just 23 years old at the moment and has already been named an NBA all-star two times after playing just four seasons.

Jayson has been displaying what a young generation of basketball players should bring to the court and by doing so, rising in the ranks very quickly. The Celtics’ small forward is on his way to earn a huge amount of money from his ever-rising salary and might gain more brand deals apart from the ones he has already signed. Let us dive deep into everything that there is, about Jayson Tatum’s net worth as of 2021.

After playing just four seasons of professional basketball, Jayson has already amassed a massive fortune to his name. As of 2021, the 23-year-old athlete has a net worth of $25 million as estimated by Sportsjone’s website. Jayson has quickly but firmly proven himself on the court and has forced opened doors to amass such a staggering net worth.

Being one of the youngest players on the court has not slowed Jayson down. Apart from his massive NBA salary, his endorsement deals, and some other media involvements also help him earn quite a huge amount of money. Here’s how the young rising star earns his millions. 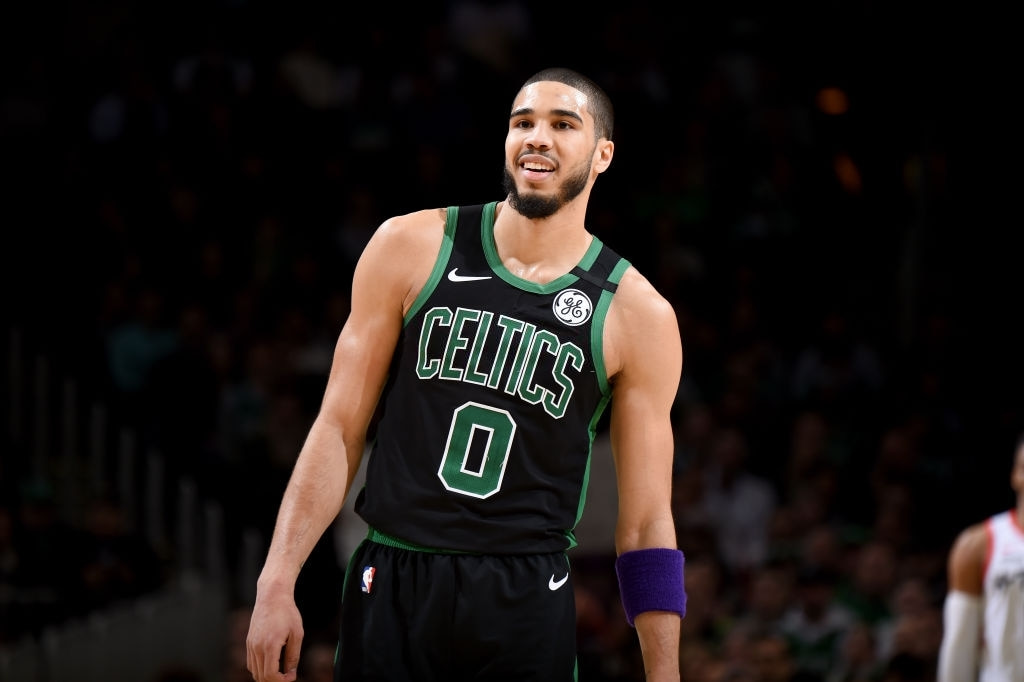 Jayson Entered the NBA as the 3rd overall pick of the 2017 draft and signed a four-year contract with the Boston Celtics worth over $30 million. During his rookie season in 2017, the Celtics’ star started with a humble salary of $5.6 million which increased to $9.8 million in the 2020-21 season.

In November of 2020, the two parties agreed to sign a maximum rookie contract extension of five years, worth a staggering $195 million which will fetch him $33 million annually from the next season. Jayson’s salary will hit the maximum limit of $44 million during the last year of his contract.

In this short time that Tatum has been playing in the NBA, he has earned over $30 million from just his salary from the Boston Celtics. 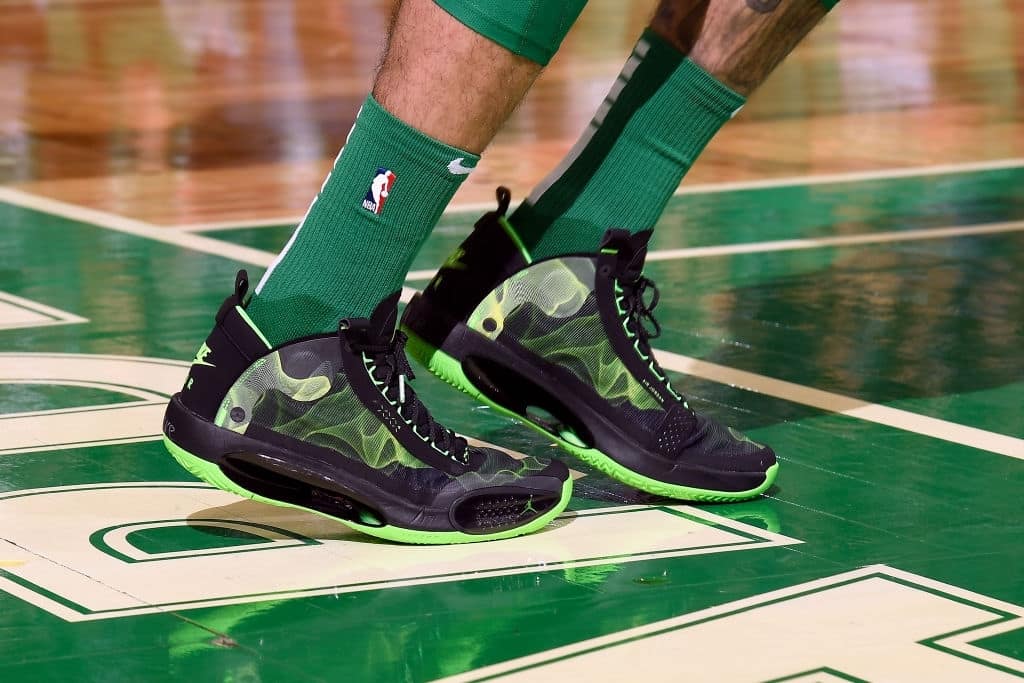 Tatum has already landed several major brand deals at just the age of 23 years old. The young athlete was always a huge Nike and Air Jordan fan and his dreams were realized when he signed a deal with the global brand.

However, Tatum left the parent company and signed a multi-year contract with the Air Jordan brand. Also, the young athlete was the first player to test out Nike’s HyperAdapt BB shone for the first time and even went on an overseas trip to promote his new shoes.

The Celtics’ rising star player is also the spokesperson for the American chain of pizza restaurants as of 2017. Jayson Tatum’s other endorsement deals include Global Sports Drink Company, Gatorade, Fast food restaurant franchise, Subway, Potato chip Company, Ruffles, and last but not the least, NBA2k. All of the deals combined, it is estimated that the Celtics’ star player earns about a million dollars every year.

How Jayson Tatum Spends His Millions?

The 23-year-old athlete enjoys the status of being one of the best players of his generation and with that earns a lot of money. Jayson’s cars and his rare collection of sneakers are proof of that. Apart from all these, the Celtics’ star also donates to charity and actively gives back to society. Here’s how Jayson Tatum spends his millions.

All information regarding Jayson Tatum’s house is currently kept private. However, we do know that Jayson had a basketball hoop installed in his backyard during the 2020 coronavirus pandemic to keep him on his feet. It is also speculated that his home is located in Boston. 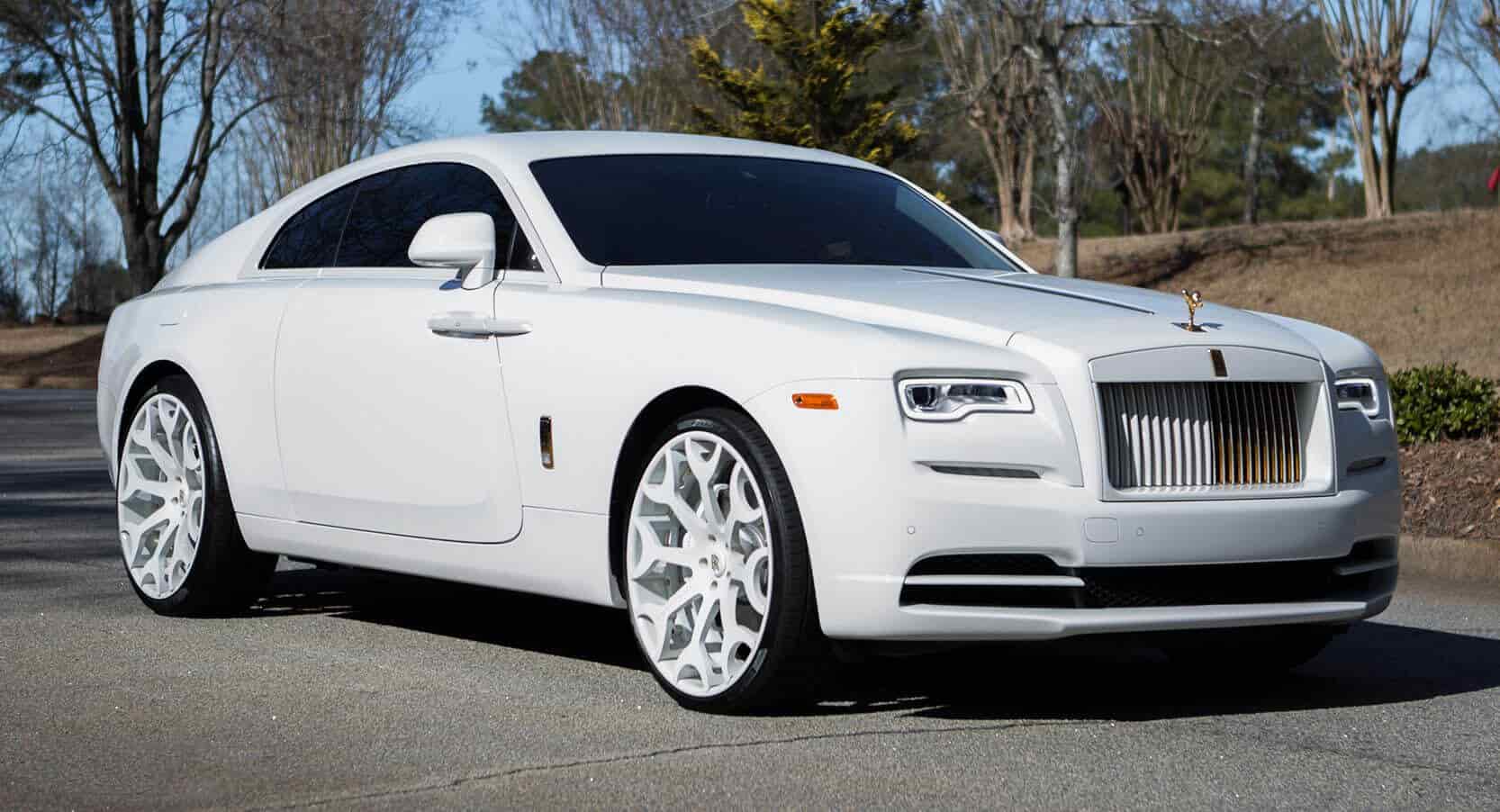 The young NBA athlete has a very modest collection of cars but one that is not inexpensive. While he does not own a plethora of wheels, the cars in his garage are straight out jaw-dropping. Starting the list with the crown jewels of his collection, his white Rolls Royce Wraith worth over a whopping $350,000.

Tatum also owns two Mercedes. His Mercedes Benz G-Class is all about luxury and comfort. This decked-out SUV is worth around $200,000. Jayson’s other Mercedes is an unidentified sedan that he has posted photos of over his Instagram account.

Finally, concluding this list is his vintage 1968 Ford Mustang in metallic black. This classic piece of art is worth around $80,000 as of 2021.

Jayson has been a sneaker fanatic from way before he joined the NBA. Starting from high school, the young player has collected well over a hundred pairs of shoes. This expensive hobby of his has cost him hundreds of thousands of dollars as he owns some of the rarest shoes in the world including some that are exclusive to his collection only.

In a very recent interview with Overtime as well as one with GQ Sports that he did a few years ago, Jayson showed the world his proud collection of Jordan sneakers, some of which can cost over $10,000 per pair. The rarest of his Jordan collections are worth even more than that making this exclusive sneaker collection one of the most expensive collections of shoes in the world.

“Making a difference on the court that made a difference in me!” Jayson, through his Foundation, with the help of the National Basketball Players Association Foundation, refurbished the basketball court at the Wohl Recreation Center in the City of St. Louis in June 2019. pic.twitter.com/OX3YKHmBwK

The NBA rising star player runs his non-profit organization called the Jayson Tatum Foundation to exercise his interests in the field of philanthropy. The foundation helps over 100 children by sponsoring a one-day Basketball Camp and Leadership Program every year. Further, the non-profit establishment also donates to several other charities annually in the greater St. Louis metropolitan area. Finally, the foundation also provides school essentials and baby products to the not so fortunate.

Jayson and his son, Deuce, via his Foundation, partnered with the St. Louis Area Diaper Bank for the “DADDY & DEUCE DIAPER DRIVE”.
The Drive’s SLAM DUNK Goal was to fill the Diaper Bank with 1,000,000 diapers in 30 days! pic.twitter.com/RsvZ6WzRua

Last year, during the global coronavirus pandemic, the Jayson Tatum Foundation pledged to raise at least $250,000 to help Feeding America and The Greater Boston Food Bank provide meals to the people of the Boston area.