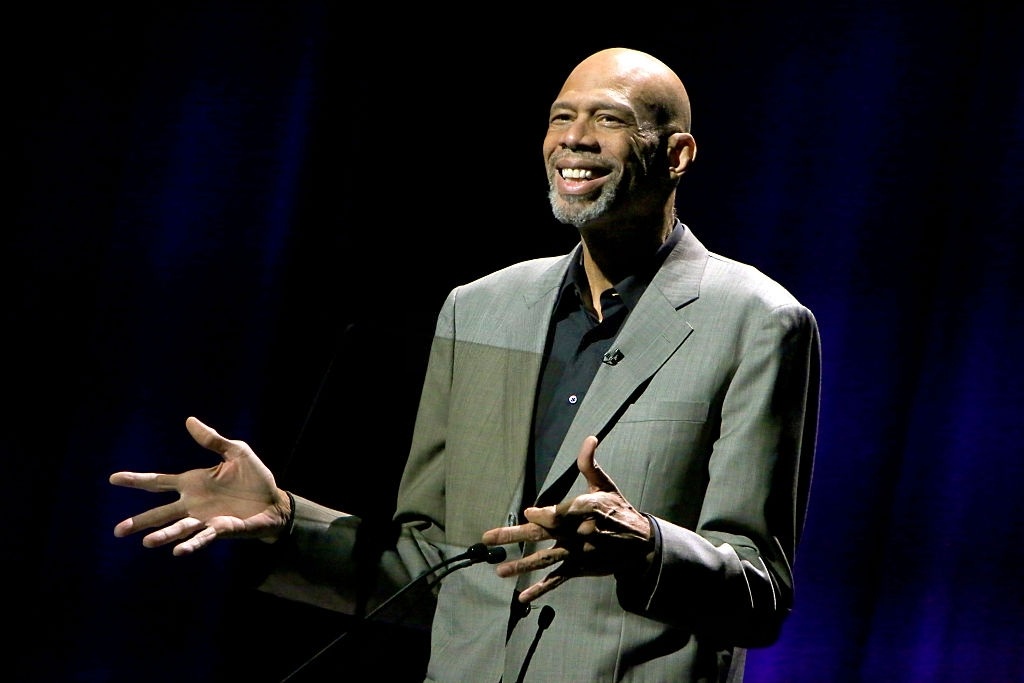 Kareem Abdul-Jabbar, born Ferdinand Lewis Alcindor Jr., is regarded by many, as the greatest basketball player of all time. The NBA Hall of Famer has devoted 20 years to the NBA and even more to the love he has for basketball. Starting his career with the powerhouse that is the Milwaukee Bucks in 1969, Kareem concluded his career as a part of the Los Angeles Laker’s roster.

In this long and well-lived career, The NBA legend has won six championships, named NBA’s Most Valuable Player 6 times, and has set the bar up pretty high, earning him top dollar during those years. Being regarded as one of the best to ever step on the court, Kareem has had several opportunities to grow his bank balance. Let us uncover everything that there is to Kareem’s net worth.

What is Kareem Abdul-Jabbar Net Worth 2021?

According to Whats Their Net Worth, The NBA Hall of Famer has amassed an estimated net worth of $22 million as of 2021. While several sources add to Kareem’s wealth, his expenditure also plays a huge part in determining his annual net worth.

Nicknamed The Tower From power, Kareem has had various mediums to fetch his wealth from over the years. From his salary as an NBA player and a coach to his endorsement deals and other ventures, here is how the NBA Hall of Famer adds to his wealth. 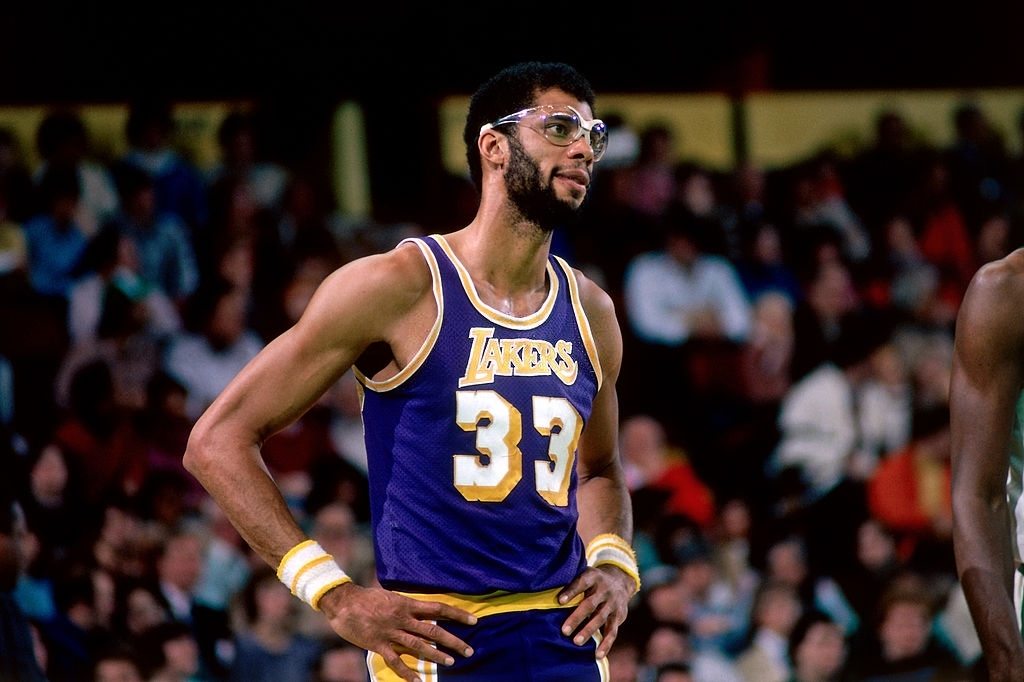 Starting his NBA run with Milwaukee Bucks, Kareem signed a six-year contract with them in 1969. The highest the Bucks have paid him was in his 3rd season with the team, totaling up to a whopping $11.5 million.

The NBA legend has spent most of his time with the Los Angeles Lakers starting from the 1975-76 season. In the 14 years that he has devoted to the LA organization, the highest he got paid was $10 million. Kareem has earned around $100 million from his salary as an NBA athlete. 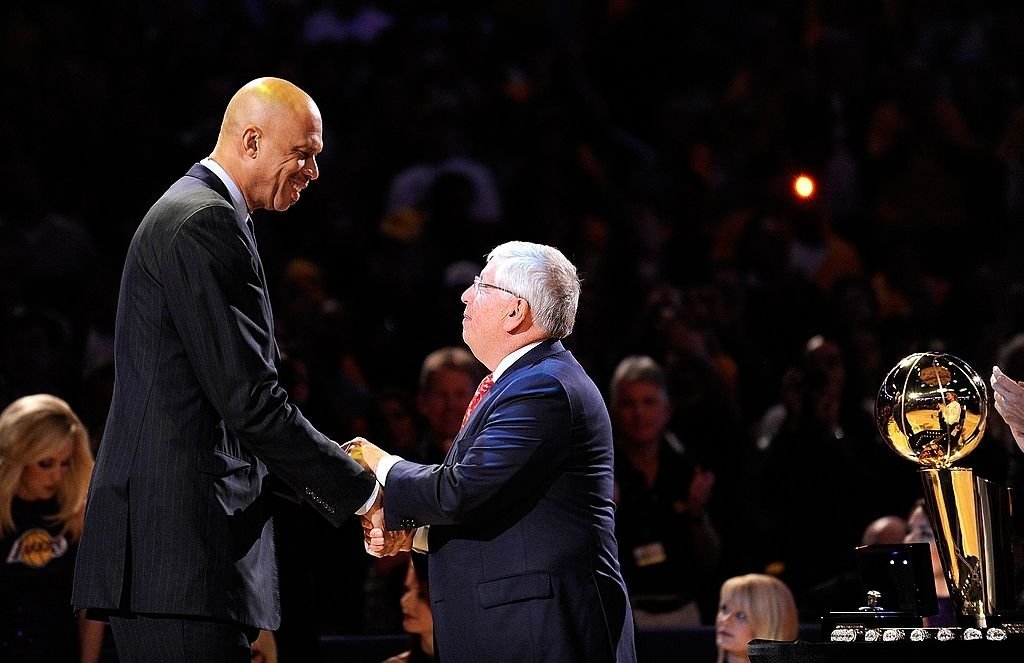 Even after retiring, the love for the game has kept Kareem indulged with the NBA. Few years after he retired, the NBA legend was hired as the assistant coach in the Alchesay High School in 1988, following which he entered the NBA in 2000. While Kareem has owned the seat of the assistant coach of the Los Angeles Clippers and the Los Angeles Lakers, in the 2002 season, he was appointed as the head coach of the Oklahoma Storm.

While an exact estimate of the NBA of Hall of Famer’s earnings from his coaching days is unknown, it can be assumed that Kareem has earned quite the pocketful. 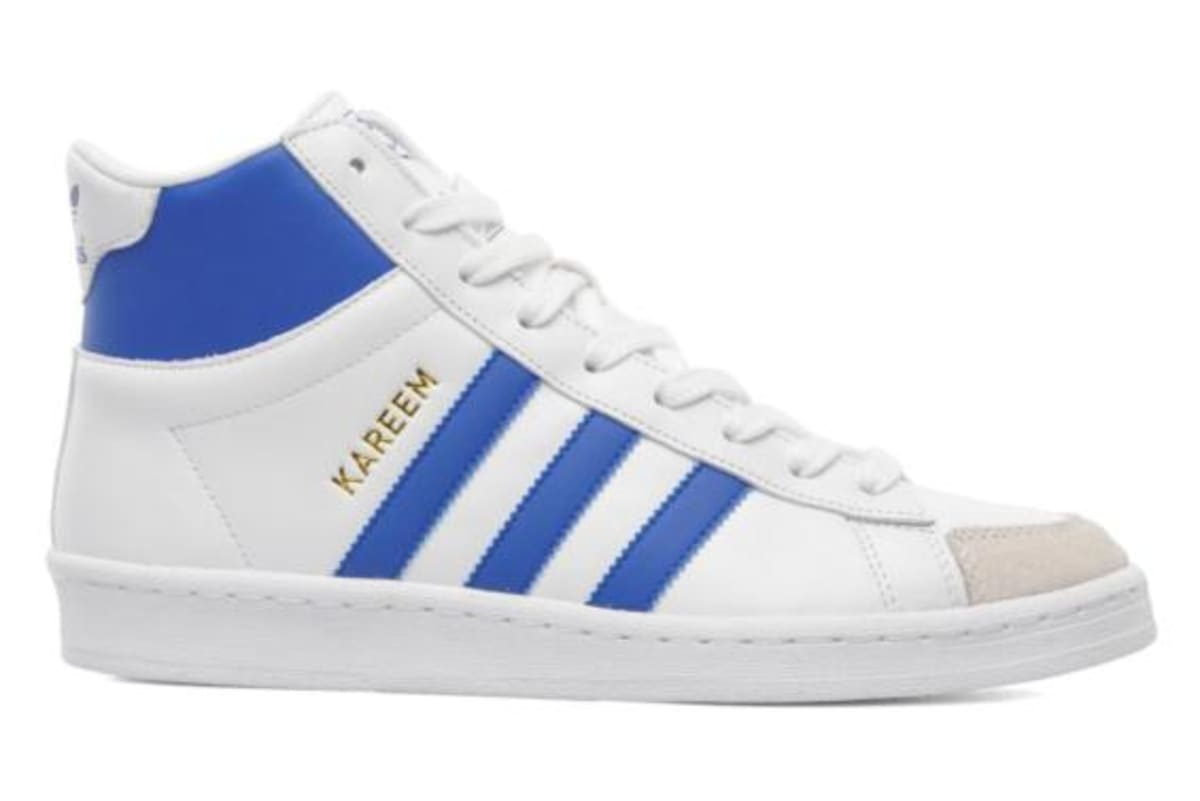 Kareem has had several brand deals over the years. However, the most lucrative deal he has signed was with the big-name global brand, Adidas. The two parties came together to sign a shoe deal. Kareem was the first NBA athlete that Adidas had signed and paid him over $30,000. During that time, that was a very significant amount. With the brand, the NBA legend has also released his signature shoes.

The best day of the year. #2KDay is finally here @NBA2K Play as me now! https://t.co/QxzwrqvPOR #AD pic.twitter.com/UuriLbI0Ba

The NBA legend’s other endorsement deals include AT&T, Nestle, NBA2k, and a few others. While it is difficult to pinpoint Kareem’s exact earnings from his brand deals, it can be estimated that he has earned over $2 million from these dealings. 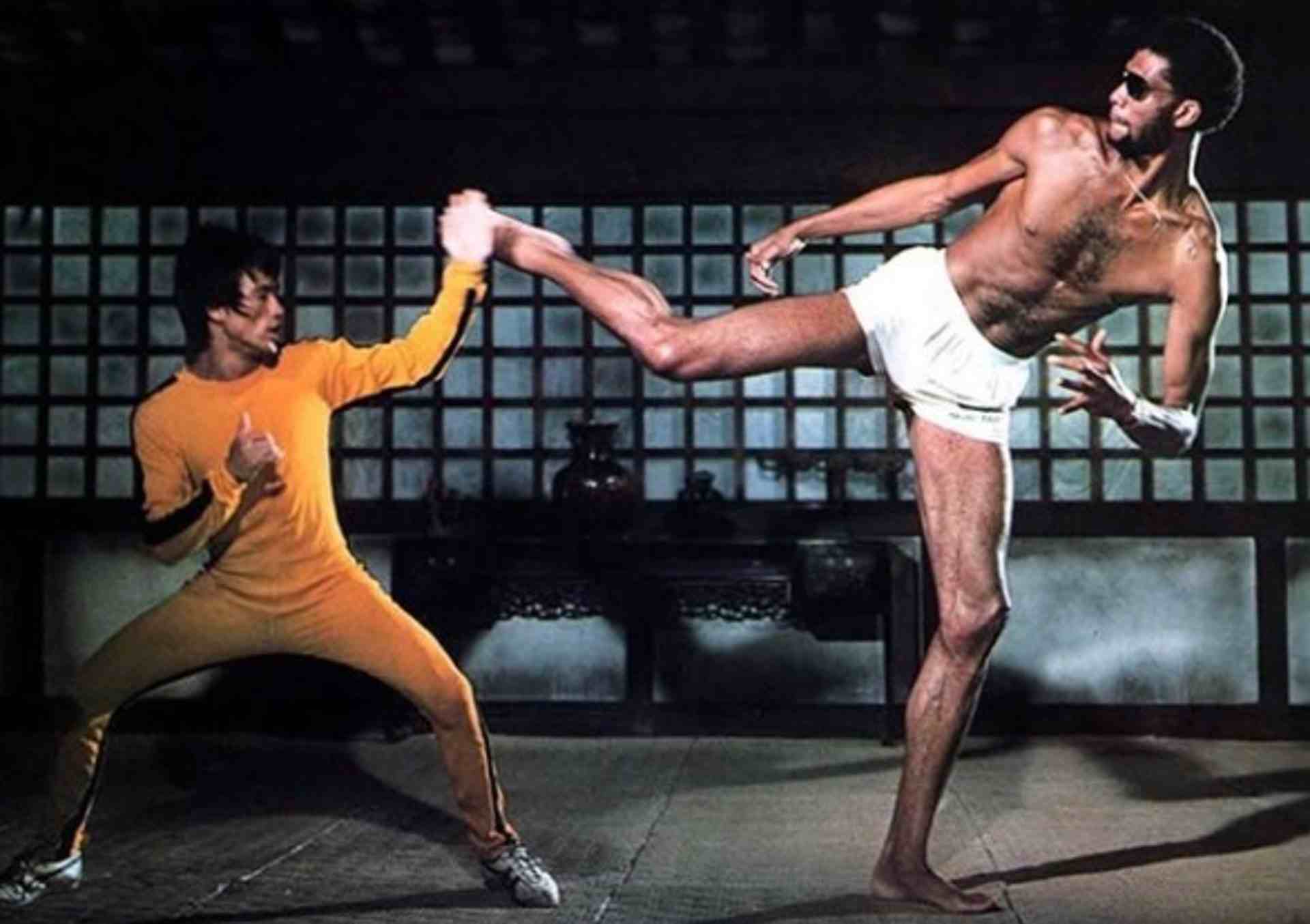 The former NBA star player has made appearances in several films, commercials, and TV reality shows. Kareem’s debut as an actor was in the 1972 film by Bruce Lee, Game of Death. Following this, he has had the opportunities to work in several films, often as himself. The long list includes movies like Fletch, Troop Beverly Hills, and Airplane.

The 74-year-old ex-athlete has also featured in several TV series such as Full House, Amen, 21 jump Street, the Fresh Prince of Bel-Air, and several others. Kareem has also appeared in an HBO documentary focused on his life called Kareem: Minority of One.

Fairly recently, in April 2018 the NBA Hall of Famer also competed in an all-athlete season of a TV reality show, Dancing with the Stars.

Abdul-Jabbar has also worked behind the camera. In February 2011 he released his film, On the Shoulders of Giants. Following which he also acted as the executive producer and narrator of a special from the History Channel called Black Patriots: Heroes of the Revolution. He was even nominated for an Emmy for his work. Finally, the retired NBA star was also one of the writers for a TV show called Veronica Mars in 2019.

Kareem Abdul-Jabbar is also a bestselling author and critic. In 1983 he released his first book, his autobiography called the Giant Steps that he had co-written with Peter Knobler. The NBA legend has also worked on several other works.

Abdul-Jabbar is also an avid speaker and contributor about race and religion-related issues in magazines and on television. He was a frequent column writer for American news Magazine, time and has written and appeared on several other platforms to talk about his opinions on the aforementioned.

A lesser-known fact about Kareem is that he also runs his own youtube channel by his name and has uploaded several videos over the years. the channel currently has over 4,000 subscribers and is verified helping him earn some side cash.

Looking forward to seeing y’all at UCLA versus USC the Saturday!#UCLA https://t.co/6IhH6syl4o

Kareem runs his business through his website. The website has a section called the store where the former NBA star player sells everything from customized t-shirts to signed basketballs, signed jerseys, film and TV memorabilia, and autographed books. The website seems to be doing quite well with Abdul-Jabbar releasing new clothing designs and promoting them via his social media handles. 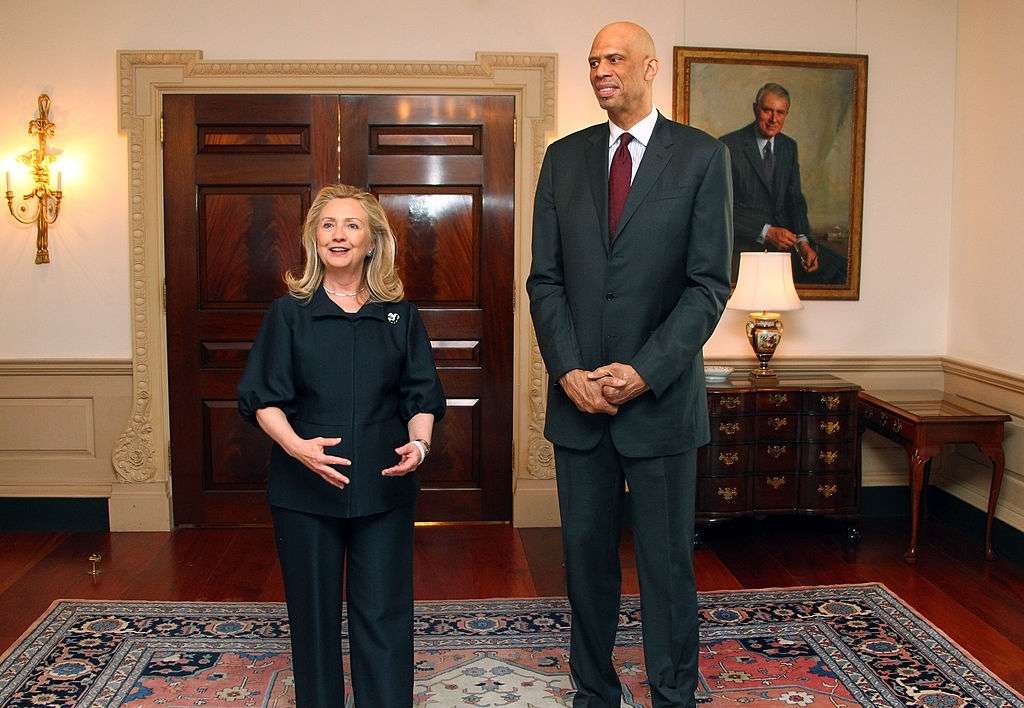 Kareem was appointed as the Cultural Ambassador by the US secretary of state, Hilary Clinton in 2012. Following this, he was appointed as a part of the president’s Council on Fitness, Sports, and Nutrition by former US president, Barack Obama.

Finally, in January 2017, the NBA Hall of Famer was announced to be a part of the Citizens Coinage Advisory Committee. However, he resigned in 2018 from said position.

How Kareem Abdul-Jabbar Spends His Millions?

The 74-year-old former NBA star has spent a fortune to live a life most people can only dream of. From spending on himself to satisfy his needs to actively giving back to society via various charities and foundations, here’s how Kareem Abdul-Jabbar spends his millions. 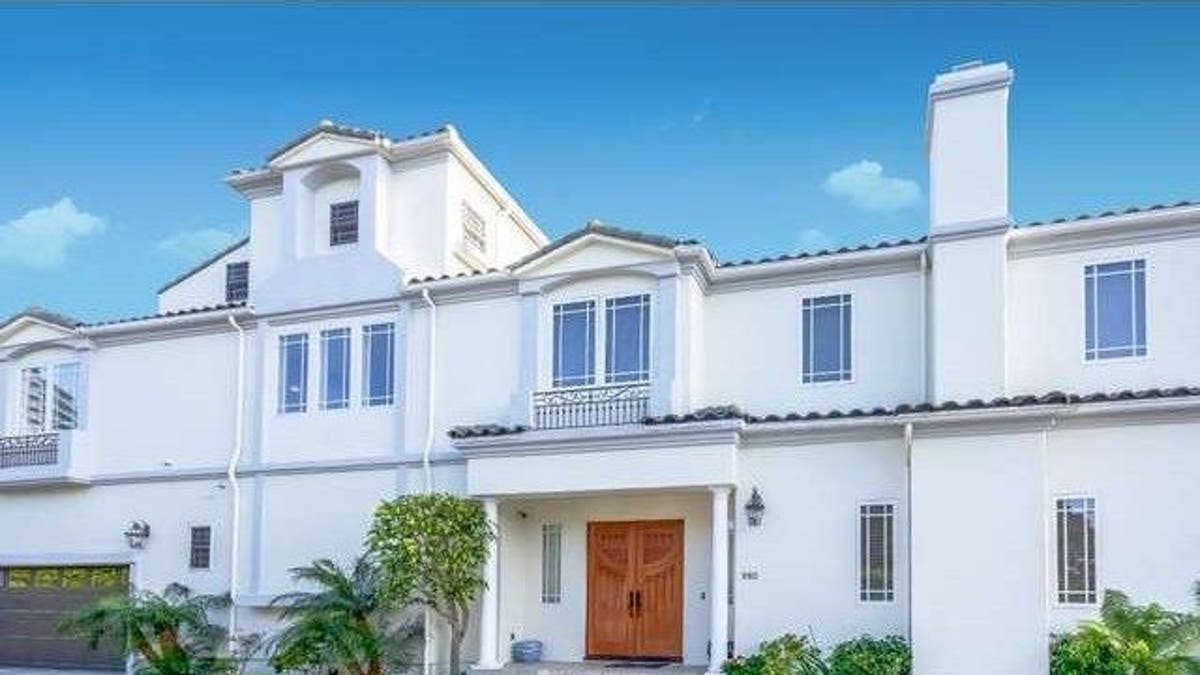 The six-time NBA champion currently resides in a $1.5 million mansion in Los Angeles he bought in 2011. Boasting a gorgeous view of the harbor and the ocean, the house also offers three bedrooms and three bathrooms, a library, a chef’s kitchen, and a full-size piano in the marble-floored living room. 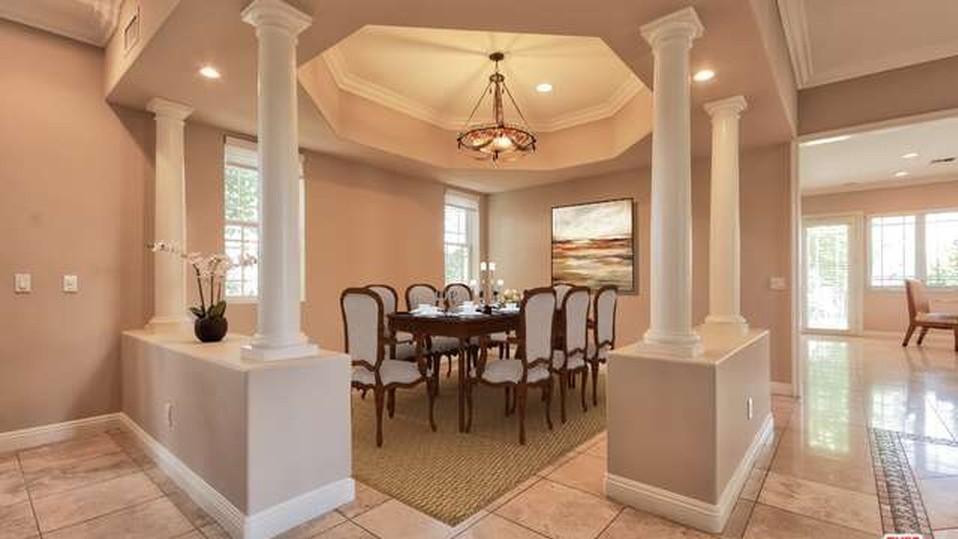 Abdul-Jabbar also owns a huge 6000 square feet mansion in Hawaii which he recently put up for sale in the market for an asking price of $5.9 million. The massive property includes a three-bedroom main house, a 500 feet long swimming pool with an outdoor shower. The house also features hardwood floors and high ceilings. 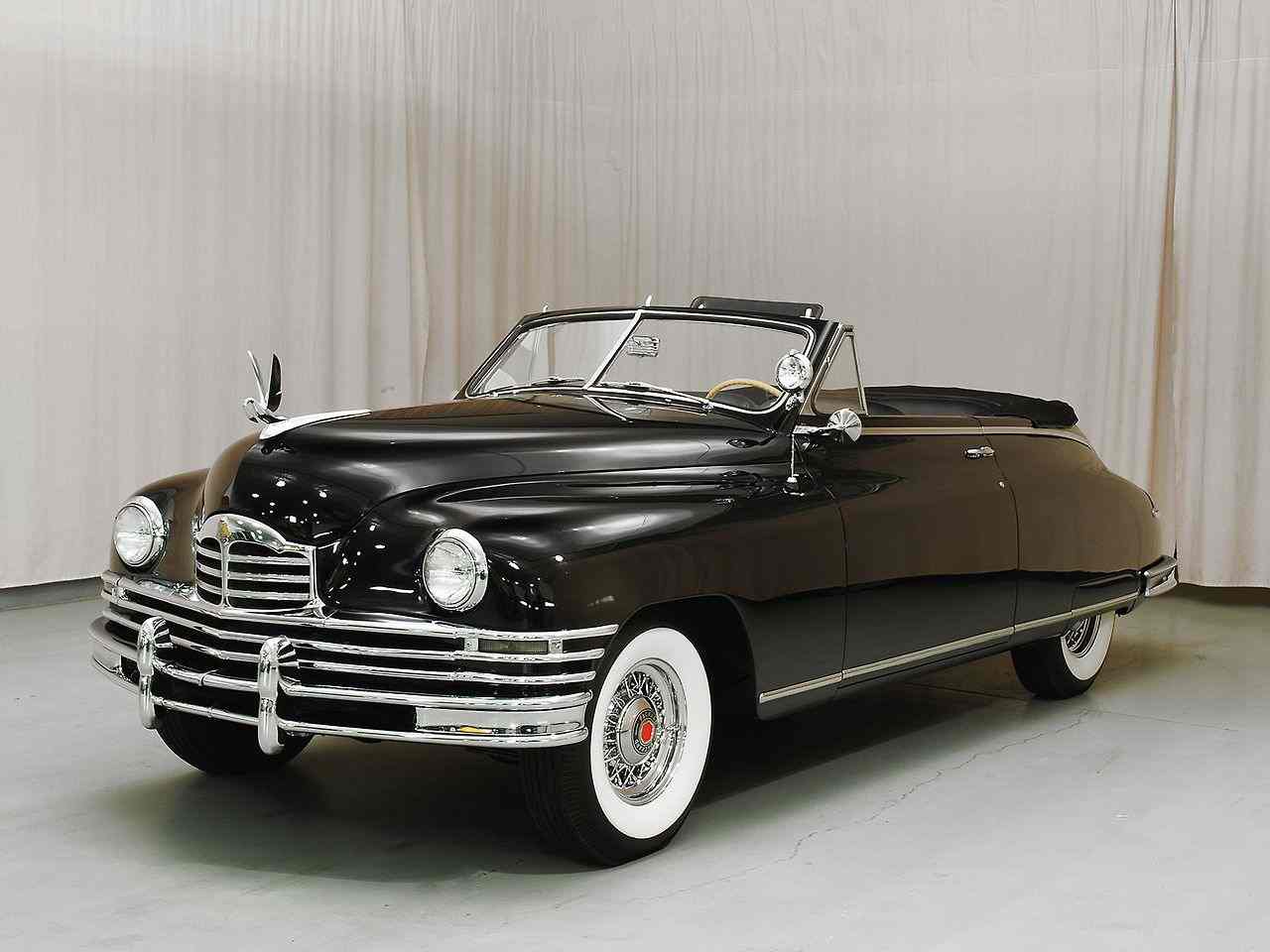 Kareem has a proud collection of cars. While an exact number cannot be assigned to this collection, he owns several beautiful vehicles. Starting the list strong is his 1948 Packard Super 8 convertible. As of 2021, the convertible costs around a whopping $55,000. Other cars in his collection include a Volkswagen Atlas SUV worth around $40,000 and an unidentified Mercedes Benz sedan. 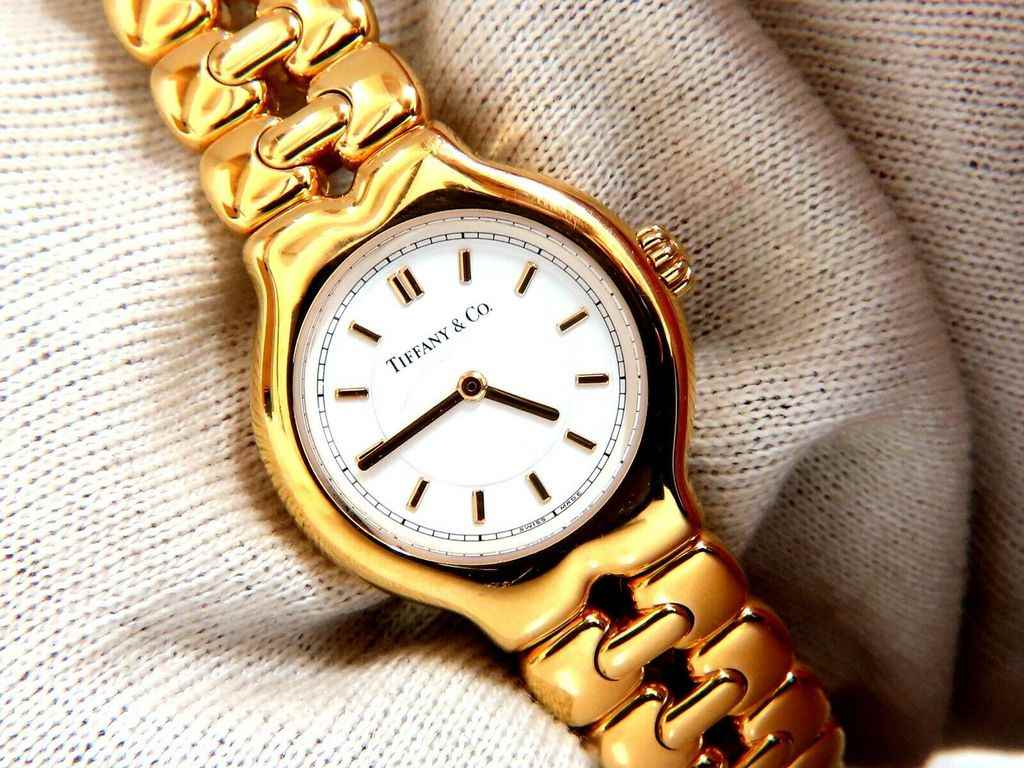 Over the years Kareem has added various beautiful timepieces to his collection. In an interview with the Hollywood Reporter, he brought to light some of his favorites from the hordes of watches he owns. Abdul-Jabbar owns a Tiffany Tesoro gold watch worth over $5000 which he was wearing for the interview.

Other expensive timepieces in his collection include a Patek Philippe Aquanaut Travel Time 5164 worth over a whopping $90,000 and finally, a gold Rolex worth over 10 grand.

Over the years, Kareem Abdul-Jabbar has been active in the philanthropic scene. He has supported various charity and nonprofit organizations to help give back to society. Alongside helping other establishments, Kareem has also created his non-profit organization called the Skyhook Foundation. The foundation works towards helping children by providing them with books, films, and educational programs.

Thanks to @hansvestberg and @Verizon the @CampSkyhook Foundation will help get kids the resources and education they need to help them be successful. pic.twitter.com/0oipJjsxbo