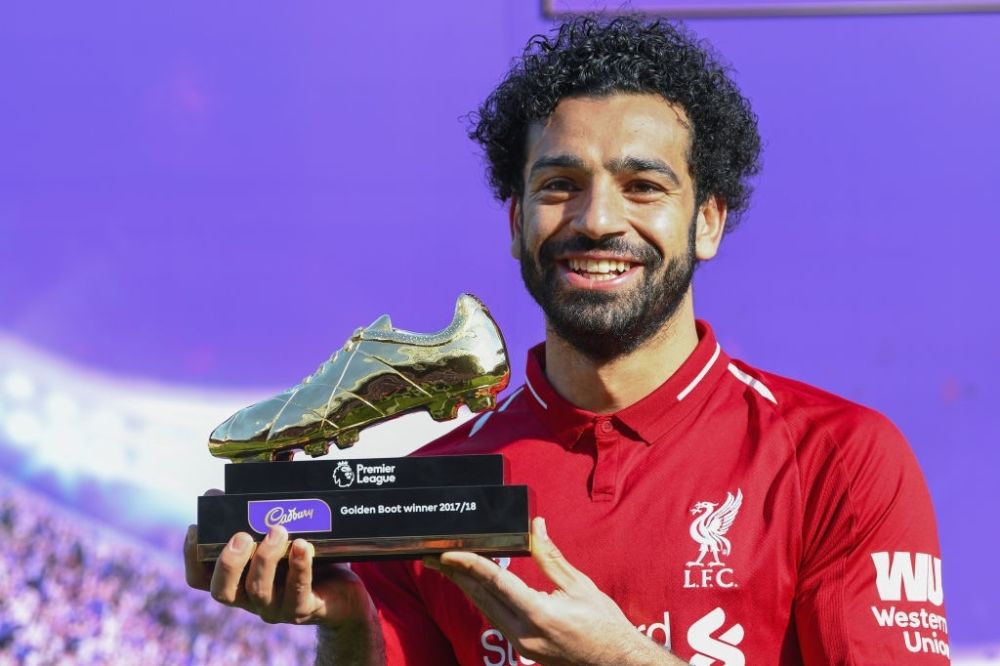 It is one of the most prestigious individual honors in the English top-flight, as it signifies being the most potent striker among all the world-class forwards in the league. 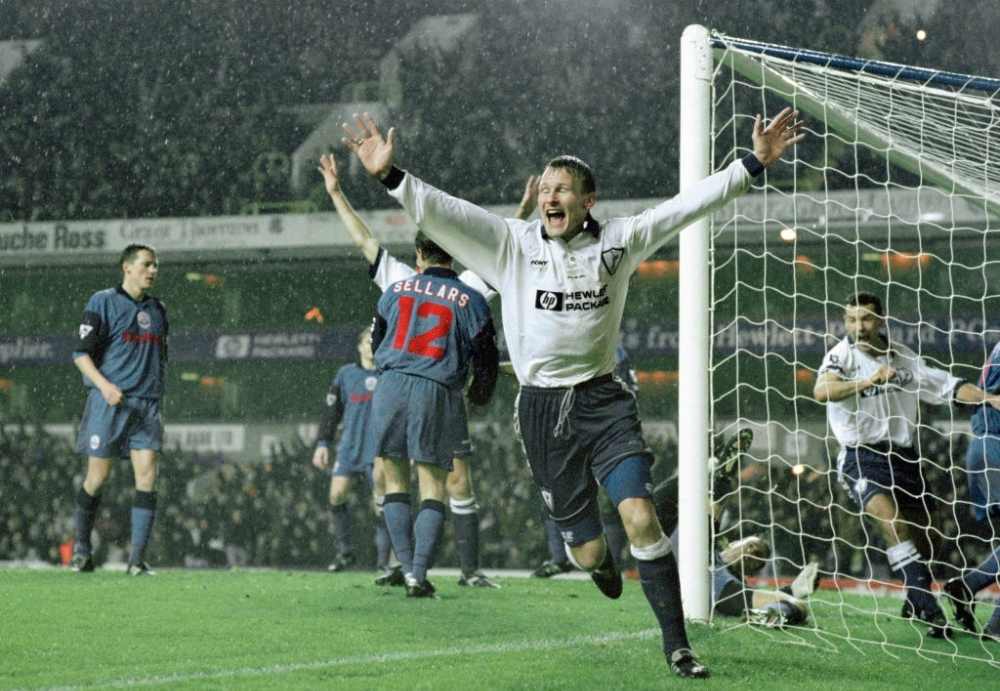 Teddy Sheringham won the first edition of the award when he scored 22 goals for Tottenham Hotspur in the 1992/93 campaign, while Jamie Vardy of Leicester City is the current holder of the award, having scored 23 goals last season. 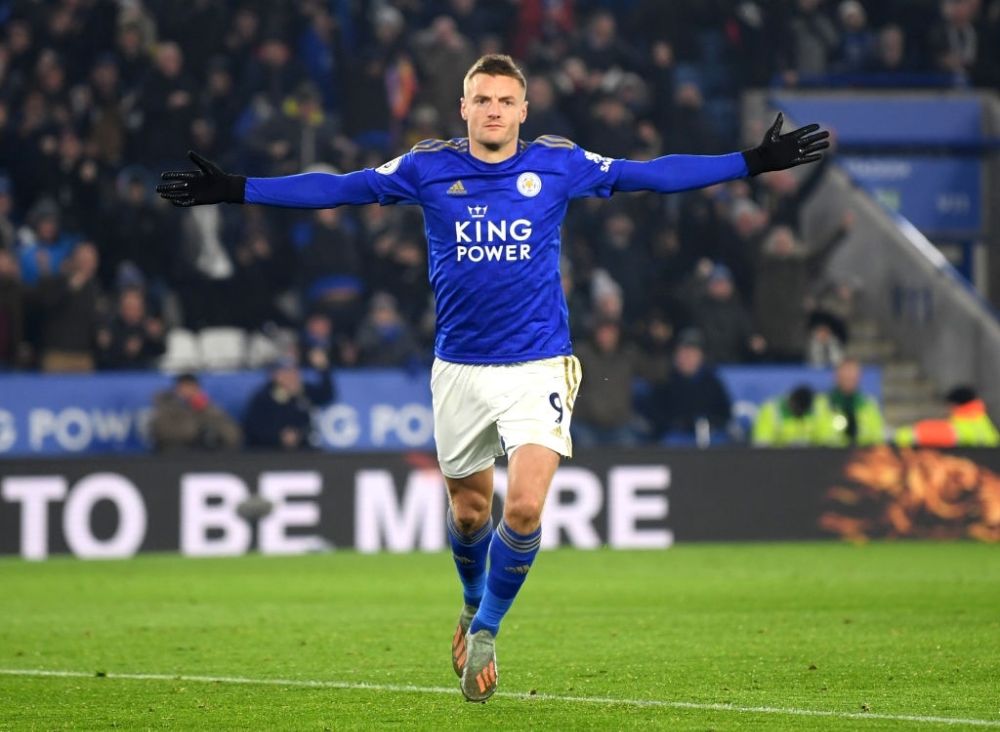 Considering that Jamie Vardy did not appear on the English league pyramid until he was 25 years, the Sheffield-born forward has done awfully well for himself.

The 33-year-old made his professional debut for Stocksbridge Park Steels in 2007 and as recently as 2011, he was still playing non-league football before Championship side Leicester City signed him in the summer of 2012.

This affected him early on in his career and he lacked the professionalism expected of a top-level footballer, but Vardy was able to refocus and was the driving force behind Leicester’s shock title triumph in 2016.

He set several records en-route that win and have grown from strength to strength since then and finally got a long-deserved Golden Boot last season, making him the oldest winner in history.

Jamie Vardy is one of only 29 players to have scored at least 100 Premier League goals and although injuries have become recurring in recent years, he still looks hungry and raring to go. 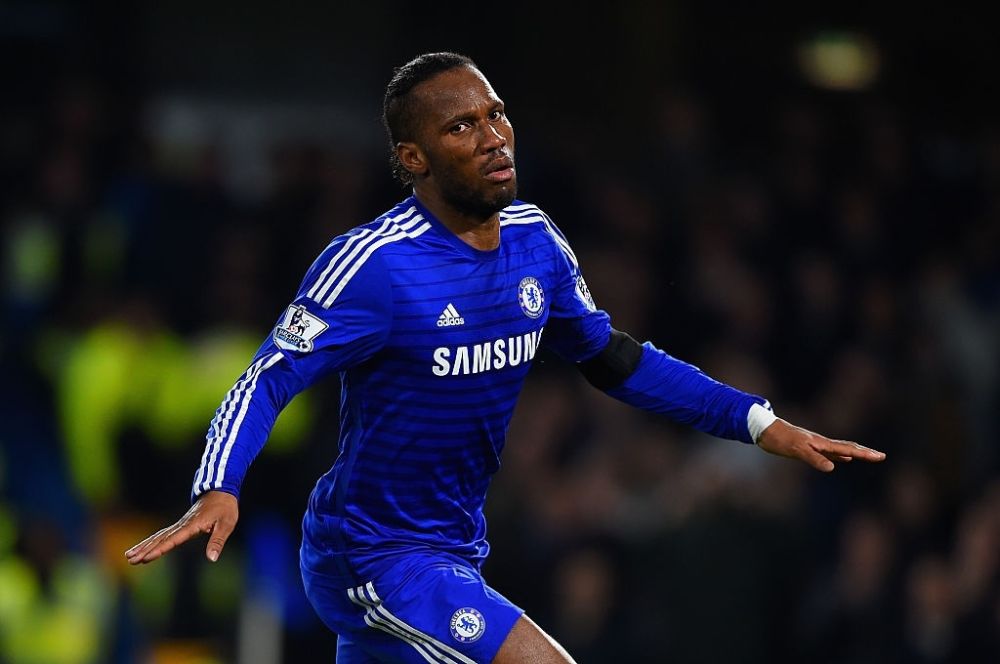 In many ways, Didier Drogba is like Jamie Vardy and he did not sign a professional contract until he was 21 but having initially struggled to adapt, he went on to cement his legacy in just one season with Marseille.

He signed with Chelsea in 2004 and the rest as they say is history. Didier Drogba was arguably the most important player in all of the successes enjoyed by the Blues between 2004 and 2012, while the final kick of his first spell in the club granted Chelsea immortality.

Despite not being the most prolific of goalscorers, the former Ivory Coast captain made up for this with his uncanny ability to step up when it matters most and his record in finals is almost unparalleled throughout history.

Two Premier League Golden Boots were won in 2007 and 2010 and he is widely regarded as the greatest player in Chelsea’s history. 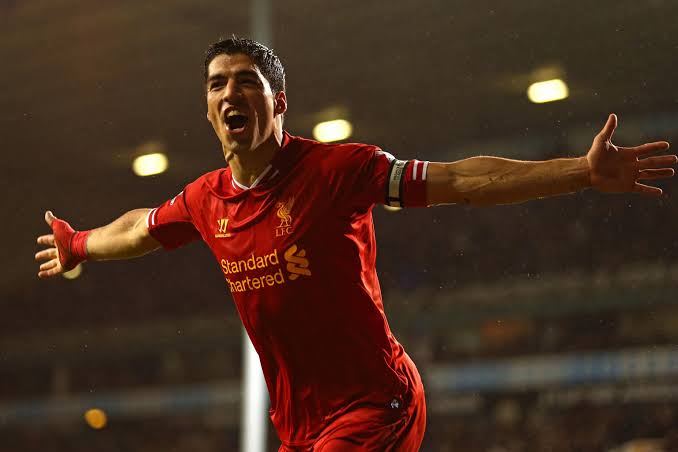 Luis Suarez had a spectacular campaign in the 2013/14 season

Luis Suarez was almost a one-man army in driving Liverpool to their ultimately futile quest for the Premier League title in the 2013/14 season.

Despite sitting out the first five matches of the campaign due to a ban, the Uruguay international returned with a bang and was almost unplayable as the Red decimated all before them.

The former Barcelona man produced one of the greatest individual campaigns in Premier League history and was deservedly named PFA Player of the Year for his exploits.

His total of 31 goals from just 33 matches saw him equal the league record for most goals in a 38-game season, while he also added 12 assists to boot.

The 33-year-old would undoubtedly be higher on this list had he spent more time in the Premier League, nevertheless, his impact in just three years is still enough to cement his legacy. 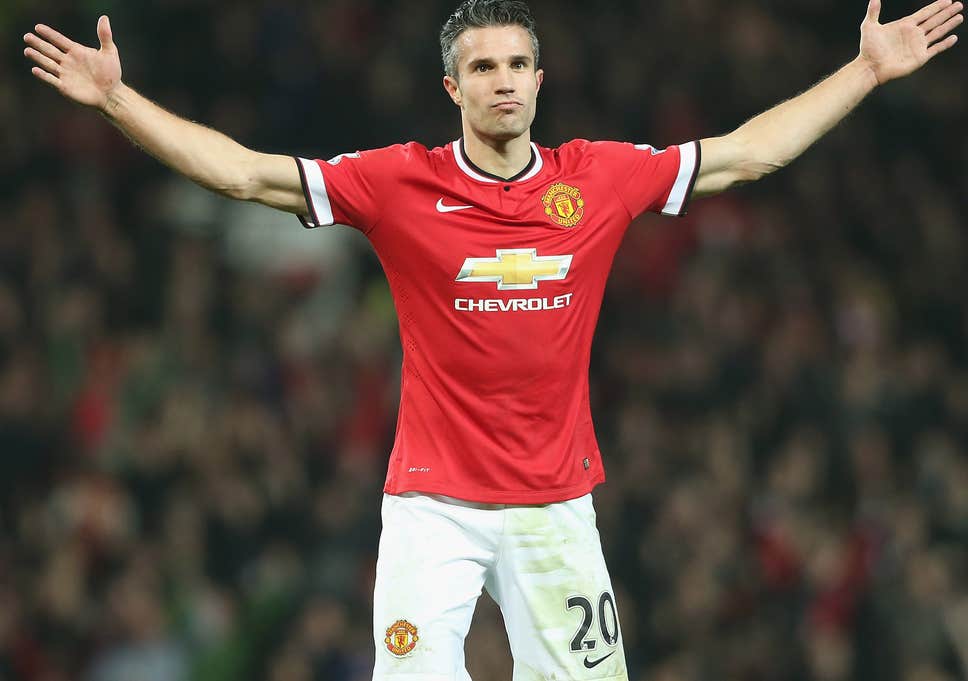 Injuries hampered the start of Robin Van Persie’s career but while he might have had his fitness issues, his quality was never in doubt.

He finally got an injury-free campaign in 2011 and at the end of the season, he won a maiden Premier League Golden Boot, scoring 30 goals from 38 matches as captain of Arsenal.

This feat was made all the more impressive when you consider that the Gunners were short of real star quality but just when fans of the side felt they would finally see the best of the Dutch maestro, he decided to leave and join Manchester United to challenge for trophies.

He helped the Red Devils reclaim the EPL title from Manchester City in his first season at Old Trafford, while also winning a second Golden Boot in succession, although most Arsenal fans still bear a grudge over how he departed. 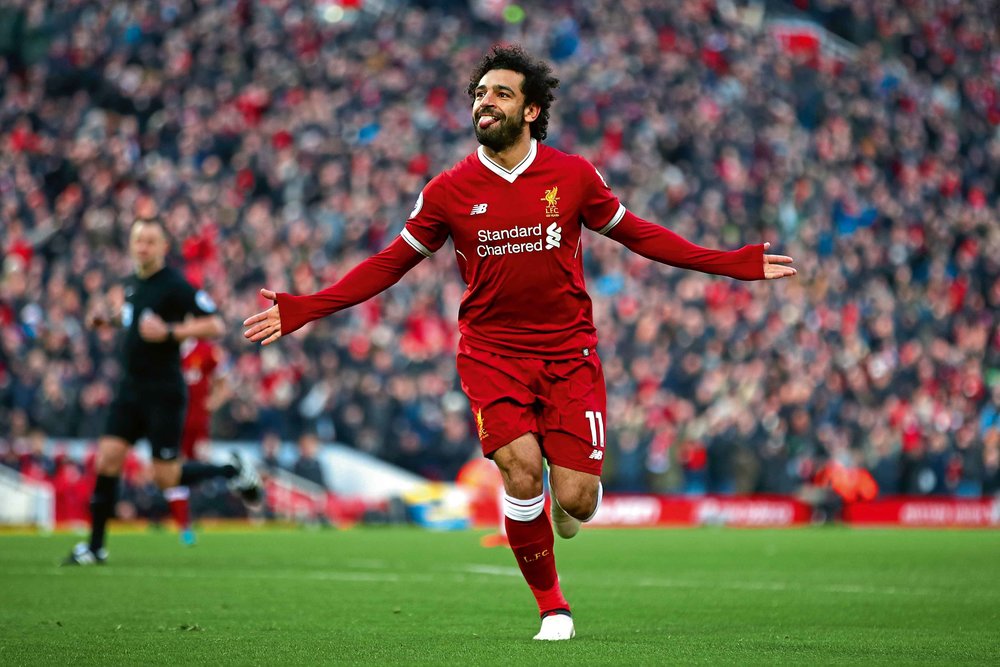 Having been discarded earlier in his career by Chelsea, Mo Salah returned to the Premier League with Liverpool and instantly transformed into a bonafide world-class player.

The Egypt international had the greatest debut season in Premier League history when he broke all sorts of personal records in the 2017/18 season and since then, he has become one of the best players in the world.

The former Basel man scored a staggering 32 league goals in his debut season at Anfield, breaking the previous record for most goals in a 38-game campaign and successfully retained the Golden Boot a season later, albeit in a less dominant fashion.

In just three years, Mo Salah has played his way into the hearts of the Anfield faithful and at this rate, he is already on his way to becoming one of the biggest legends in the club’s history. 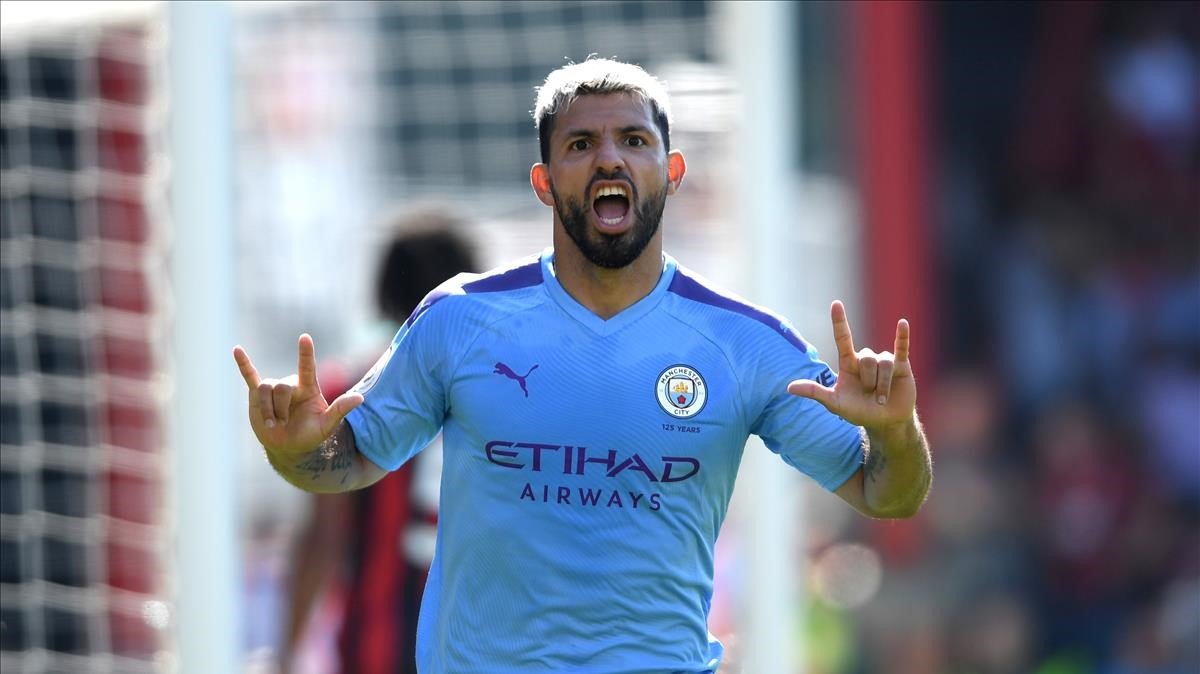 For how good he is, it might come as a surprise to many that Sergio Aguero has a solitary Golden Boot to his name but that takes nothing away from his greatness.

The Argentina international wrote his name into the record books when he helped Manchester City win the 2012 Premier League title with the last kick of the campaign.

In the intervening eight years, the former Atletico Madrid man has become City’s greatest player and although injuries have taken a toll on his fitness in recent years, the 32-year-old still remains one of the most clinical and best strikers in the world on his day. 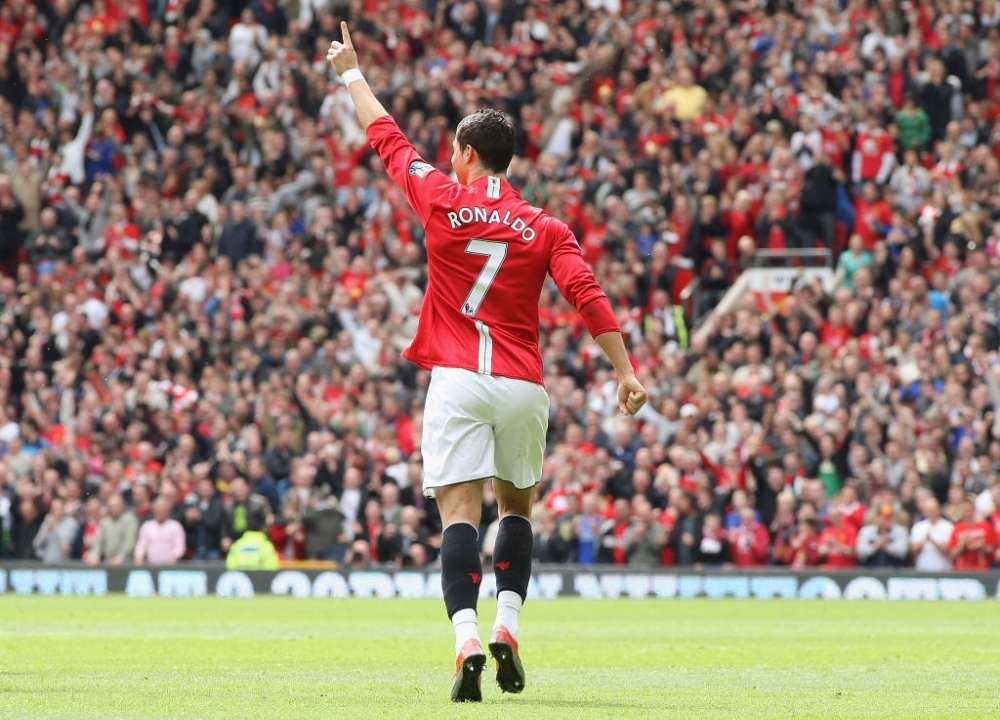 Cristiano Ronaldo had a spectacular campaign in 2008

Although Cristiano Ronaldo spent just six seasons in the Premier League, his overbearing impact on the legacy of the league is still felt to this day.

His individual campaign in the 2007/2008 season was breathtaking and he had a clean sweep of individual awards, while he also equaled the most goals in a single campaign with 31 goals.

Portugal international arrived at Manchester United as a skinny but talented teenager but departed six years later as the best player in the world, a man fully confident in his abilities and the most expensive player of all-time.

To date, Ronaldo remains the only player to have won the Ballon d’Or while in the Premier League and he also played a key role in catapulting Manchester United to new heights.

Harry Kane is one of the best strikers in the world

Unlike the other names on this list, Harry Kane does not have a burgeoning trophy collection and in fact, the England international is yet to win a trophy, which is scarcely ideal, considering his immense abilities.

This, however, takes nothing away from his abilities, and having initially been sent out on multiple loans, Kane was given an opportunity to lead the Spurs line in 2015 and he has not looked back since then.

Consecutive Premier League Golden Boots were won in 2016 and 2017, with the latter coming after he scored 29 goals in just 30 matches – at a scarcely believable ratio of 0.97 goals per game – which remains the highest ratio to win the Golden Boot in history.

The fact that he outscored both Cristiano Ronaldo and Lionel Messi in the calendar year of 2017 tells you all you need to know about his abilities and he added the World Cup Golden Boot to his collection at the 2018 Mundial.

The 27-year-old recently joined the list of players with the most hat-tricks in history and at this rate, he could go down as the greatest striker in Premier League history. 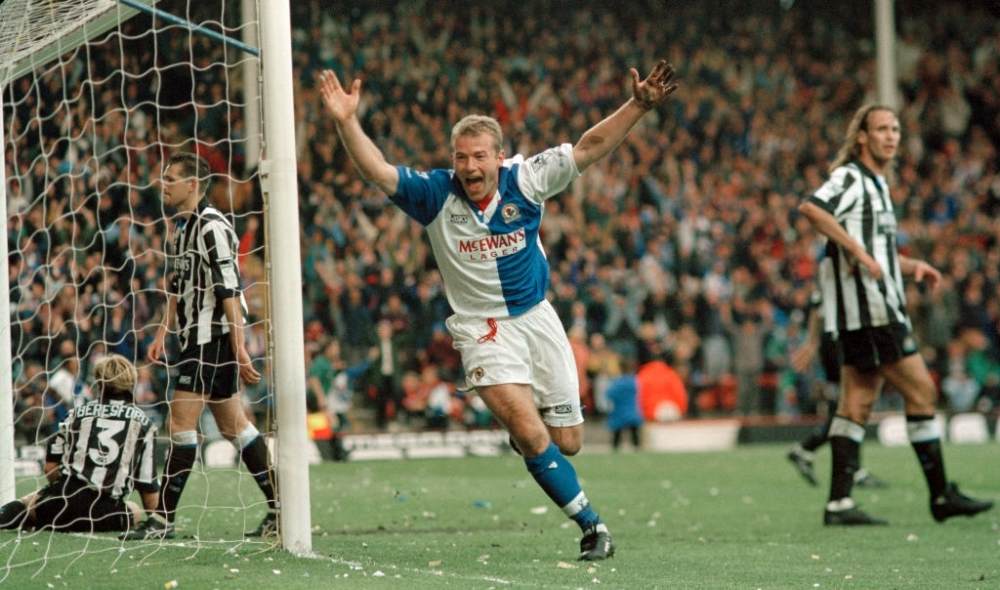 Alan Shearer is the record goalscorer in the Premier League

It says a lot about Alan Shearer’s goalscoring abilities that he won the Premier League Golden Boot in three consecutive seasons and the former Blackburn Rovers star has several other records to his name.

He holds the record for overall most goals in a season, with his 34 goals firing Blackburn to their sole Premier League title in the last 42-game campaign.

To date, he remains the highest goalscorer in Premier League history with 260 goals and although his trophy cabinet does not match his immense abilities, it takes nothing away from Alan Shearer’s greatness. 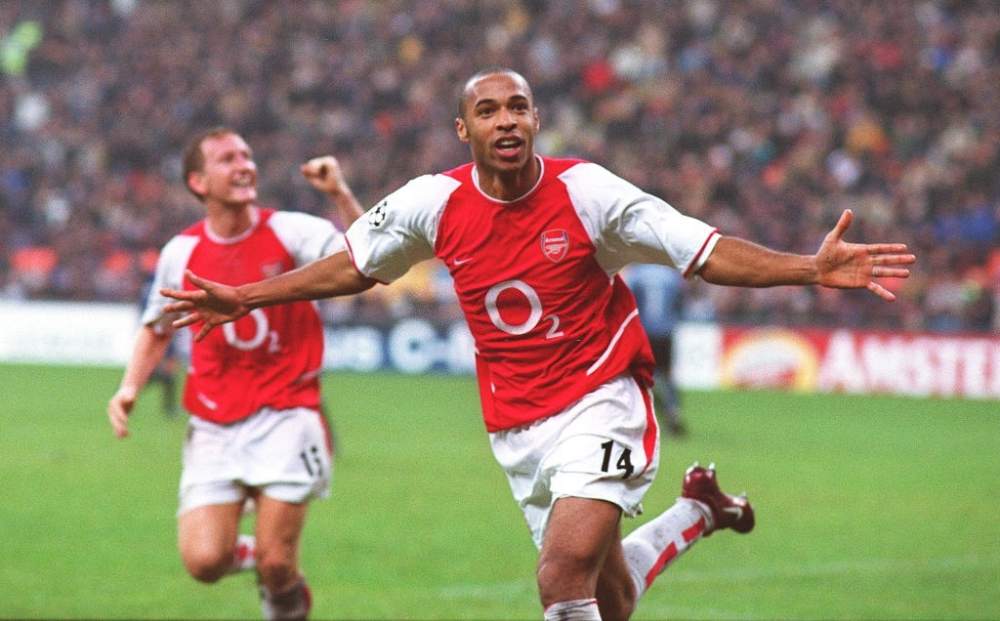 Thierry Henry has four Golden Boots to his name

Quite simply the greatest striker in the history of the Premier League. Thierry Henry was transformed from an unsure winger who flopped at Juventus to a lethal and complete forward by Arsene Wenger and he played a central role in the successes enjoyed by Arsenal at the start of the millennium.

The former France international equaled Shearer’s record of finishing as the top scorer in three consecutive seasons while going one further by becoming the only player in history to win four Golden Boots.

In simple terms, Thierry Henry is the greatest Golden Boot winner in history and he is Arsenal’s top-scorer of all-time, while he also won everything winnable at both international and club level.

Post Alex Ferguson era: Analyzing Manchester United’s failures, struggles, and hope for the future
Paul Pogba “The Octopus”- Is the Frenchman worth all the hype ?