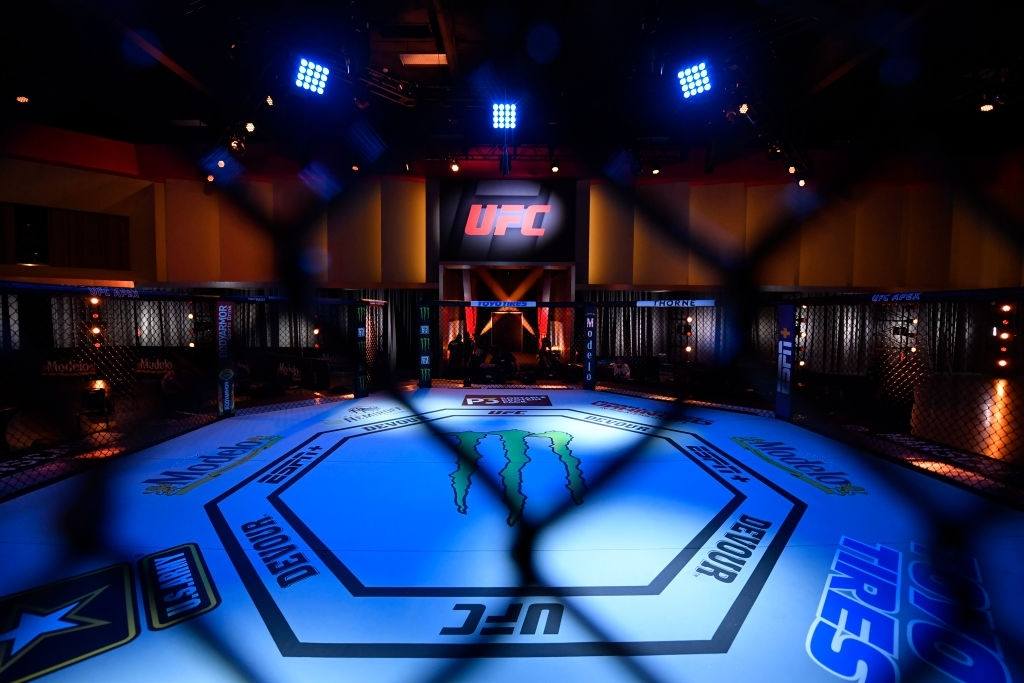 As it is not possible for all to attend the venue to watch fights, UFC PPV buys gives the opportunity to enjoy the great UFC fights at home. Besides, the new technology and the availability of the internet worldwide provide MMA viewers a new height. Furthermore, the introduction of new devices is also changing viewer habit.

As a consequence, UFC PPV buys have increased over the last few years. It doesn’t mean that the UFC was not popular earlier. As we have mentioned, technologies play a big role here.

You will be surprised if you overview the statistics of UFC viewers. Here we have made a list of the top 10 UFC PPV events.

The Top 10 UFC PPV Buys in the History

This is an authentic list as we have collected data and information from credible news and publications. 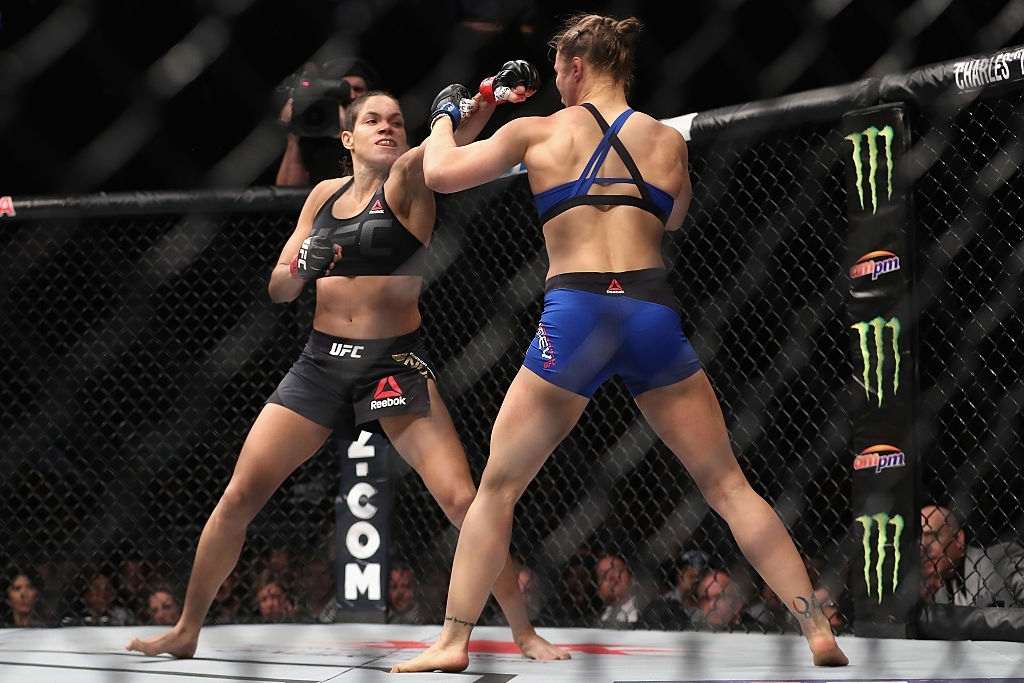 Rhonda Rousey participated in UFC 207 after staying away from fights for one year. UFC 193 was her last event. However, it didn’t go well. It was one of the shortest bouts for Rhonda that ended in just 48 seconds. Although both of them exchanged punches, Rhonda could not take those heavy punches from Nunes. As a result, she was knockout after taking a few punches on her face.

Rousey was a favorite in that bout, and she started aggressively. Holly Holm, on the other hand, continuously tagged Rhonda with her boxing techniques through the left hand. Rhonda Rousey attempted a few clinches and armbar but did not become successful. Eventually, Rhonda was bloodied.

Round two also went the same as Holm followed the same strategy as round one. Then, Rousey tried a straight left to Holm’s chin, but Holm made a kick to Rhonda’s right neck. That was the final kick that knocked Rhonda out. 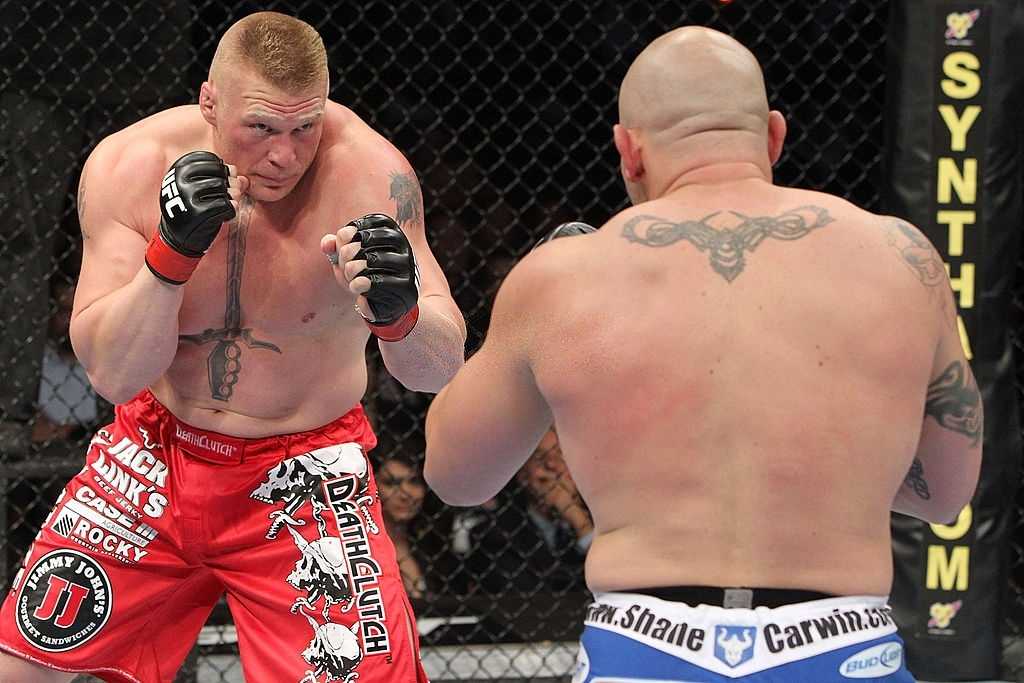 At the beginning of the first round, Carwin had a grip, which made Lenser fell short. But, Lenser somehow survived the first round and showed a great come back in the second round.

Lenser tried a couple of jabs, which did not work out. Carwin threw some failed blows that were not hard enough for Lenser. But it made Lenser bloodied. Still, he survived and attempted a takedown with an arm triangle, which ultimately forced Carwin to tap at 2:19.

Brock Lenser made $400K from that fight. 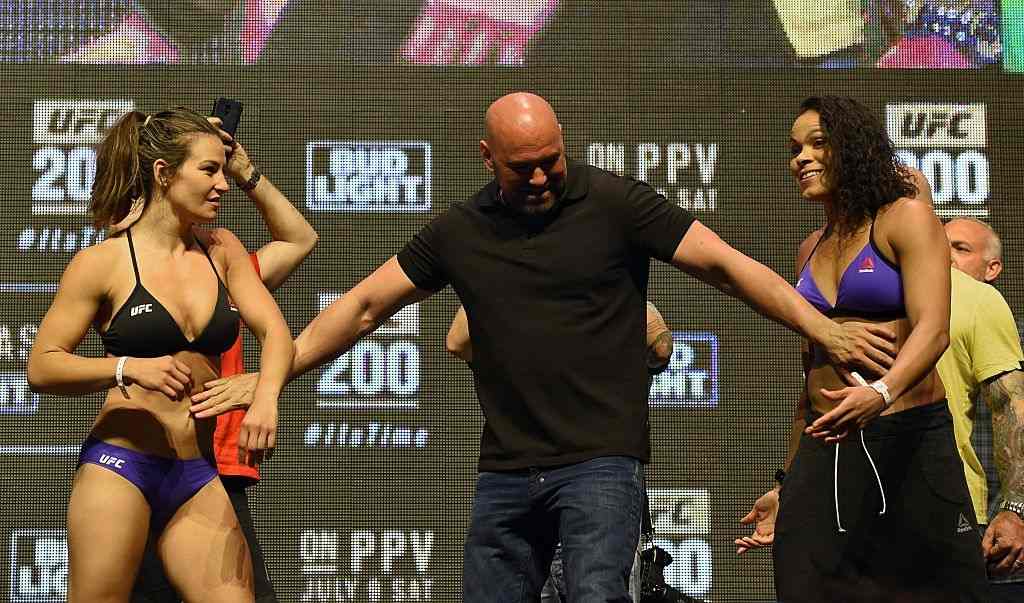 For the women’s title, it was the record as most UFC PPV buys. After the win UFC 200, Nunes became the first female from Brazil to win a UFC championship. However, the fight lasted three rounds, while Nunes was in control from the beginning. She had 63.5% significant strikes. On the other hand, Tate had only 20%.

Nunes won the battle in 3:16 of the third round through a rear-naked choke. But, before that, he did the major destroy with a righthand punch on the face. 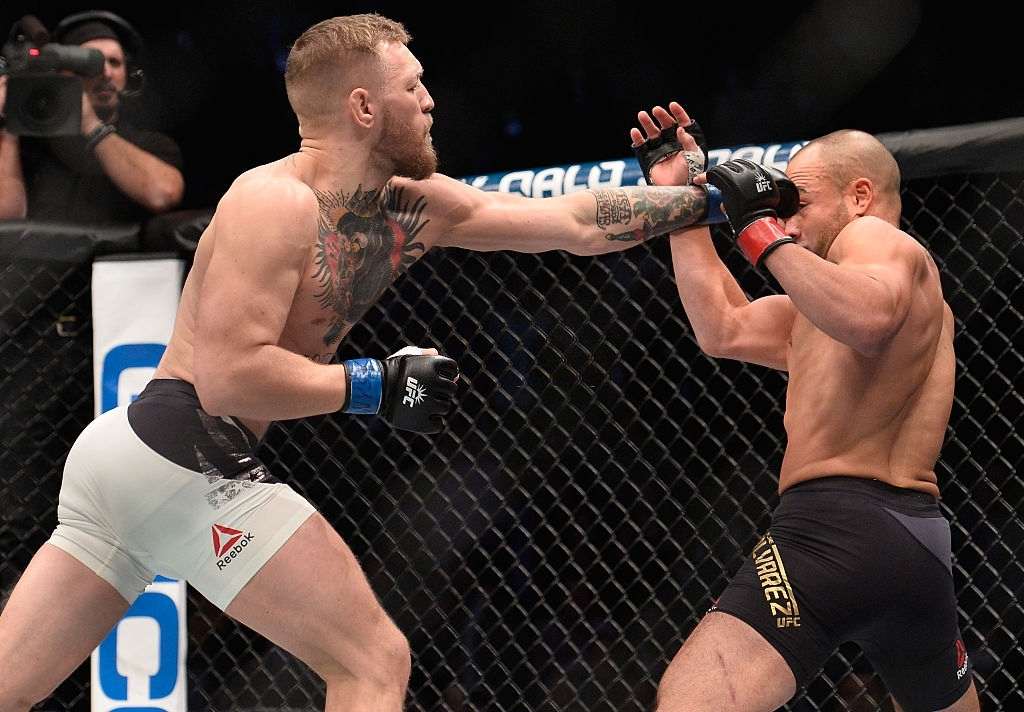 UFC 205 is one of the best and biggest cards in MMA history. Conor McGregor made history. After winning this fight, he became the first fighter in UFC to hold two titles simultaneously. In round one, he sent Alvarez to the ground 3 times. Later McGregors left-hand punch kept Alvarez to the fence.

Although Alvarez also did a couple of leg kicks, he was unable to mount an offense. He also tired a few takedowns. However, Conor’s four-punch combination did not let Alvarez stand. After 3 former knockdowns, Alvarez had to give up, and he was knocked out. 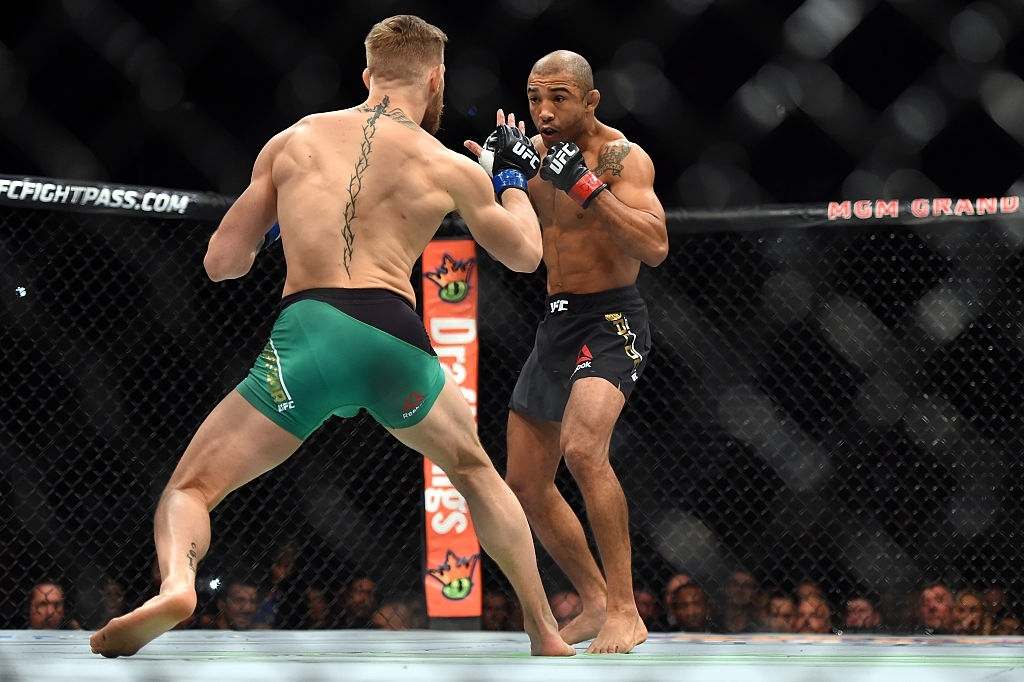 The fight was very unfortunate for Aldo; he was a technical knockout in 13 seconds. Moreover, it was the shortest match in UFC title history. It was one of the top 10 most hyped fights ever in UFC.

As the fight starts, both started punching while McGregor also kicked once. However, Conor landed a punch on Aldo’s chin, which landed him to the ground. Later, with one more punch, Aldo became unconscious, and the referee announced technical knockout. Although Aldo regained the conscious in a minute, the fight was already finished. 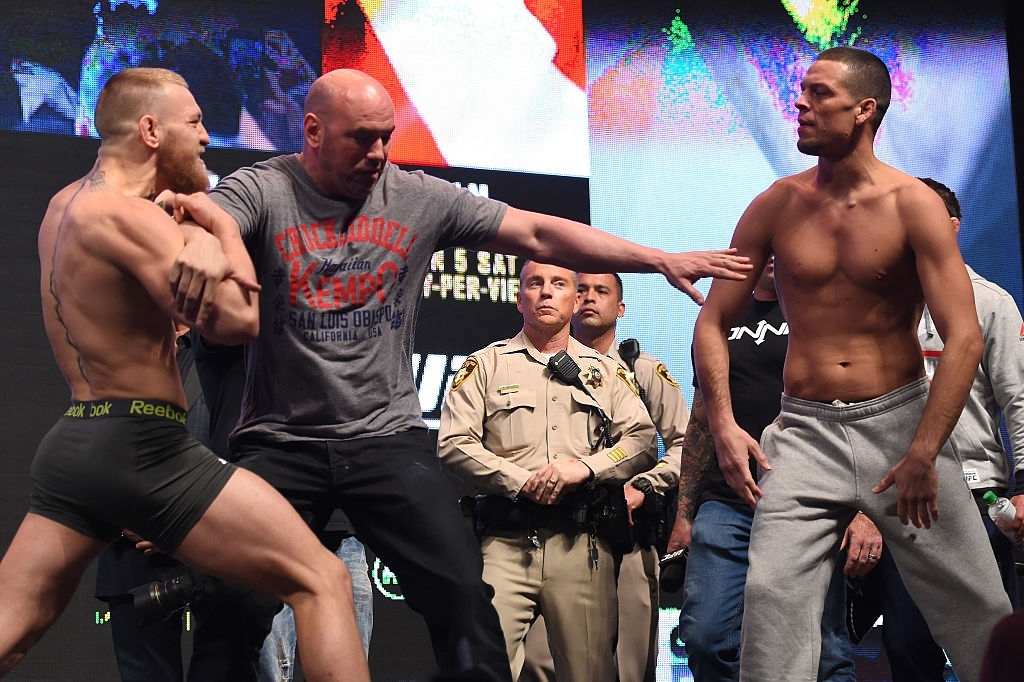 Although the fight was highly anticipated, and everyone expected to see a long fight. However, Diaz surprisingly won the battle within two submission attempts.

McGregor was in a favorite until the second round. He also landed a few punches and kicks during the fight but did not work in his way. While both of them had almost the same strike rates, Nate Diaz took his chance with a successful submission. However, it was a welterweight debut for McGregor, and move up in weight didn’t work at all for him. 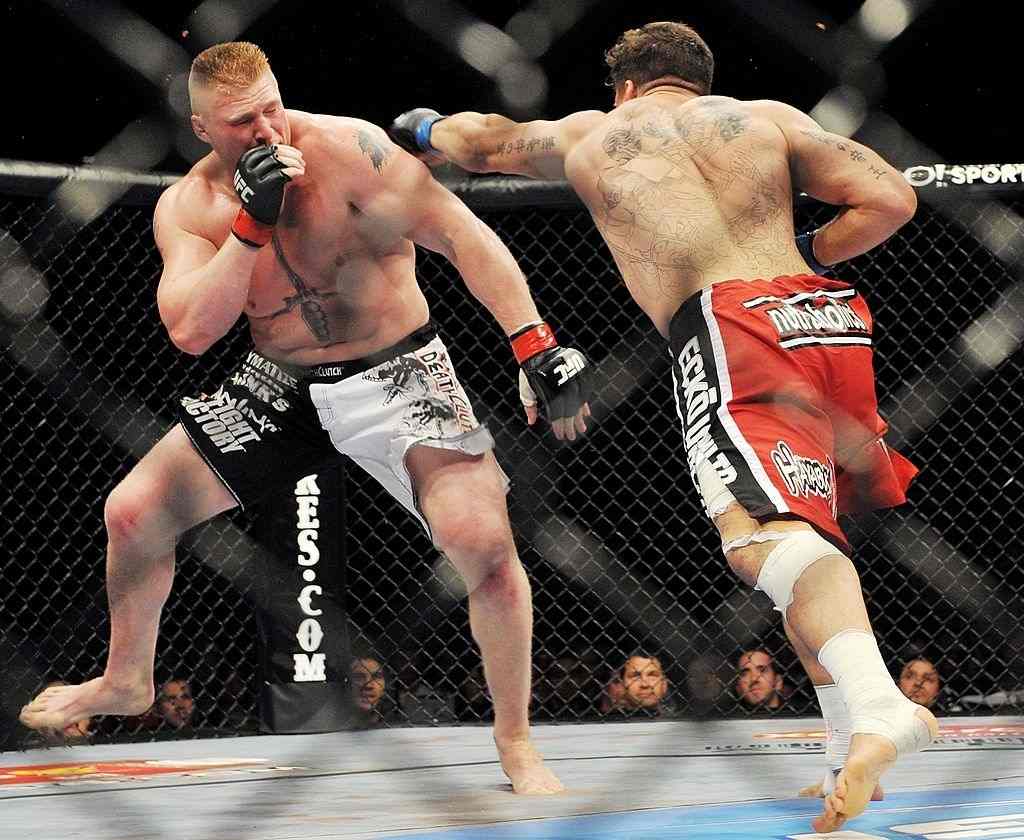 It was a revenge match for Lensar, as Mir started the trash talk after the first win against Brock Lesnar in 2008, which was Lesnar’s debut match in UFC.

However, Lensar built himself in one year, while Mir was on average in terms of performance and shape. So, Brock Lensar was highly aggressive from the beginning, which shortened the fight and ended in round 2.

Lensar was far better throughout the game. He had a 92.5 % strike rate against Mir’s 33.3%. Besides, Lensar completed 92.2% significant strikes, which made Mir a technical knockout. 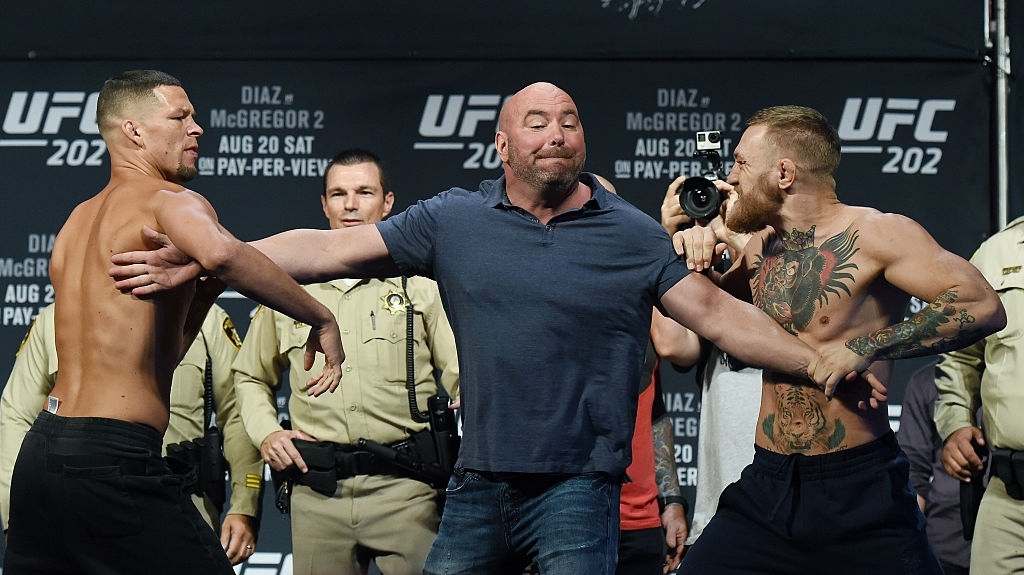 They met previously in the same year, and it was a rematch that sets a record as Conor McGregor’s purse was highest in history.

It was great entertainment in UFC history as the fight went through the last round. However, both of them were competitive, where Diaz landed 166 significant strikes and Conor laned 164 with 3 knockdowns.

Conor McGregor was in the pace from the first round. He targeted Diaz’s legs and overhand, while Diaz started catching McGregor over and over. In this way, they finished the second round.

When they reached the third round, McGregor’s energy dwindled, and Diaz was in a rush, turn the fight into his favor. However, the fight went to the fifth round, and both bloodied fighters were still in full energy to take one another. McGregor won the match by split decision. 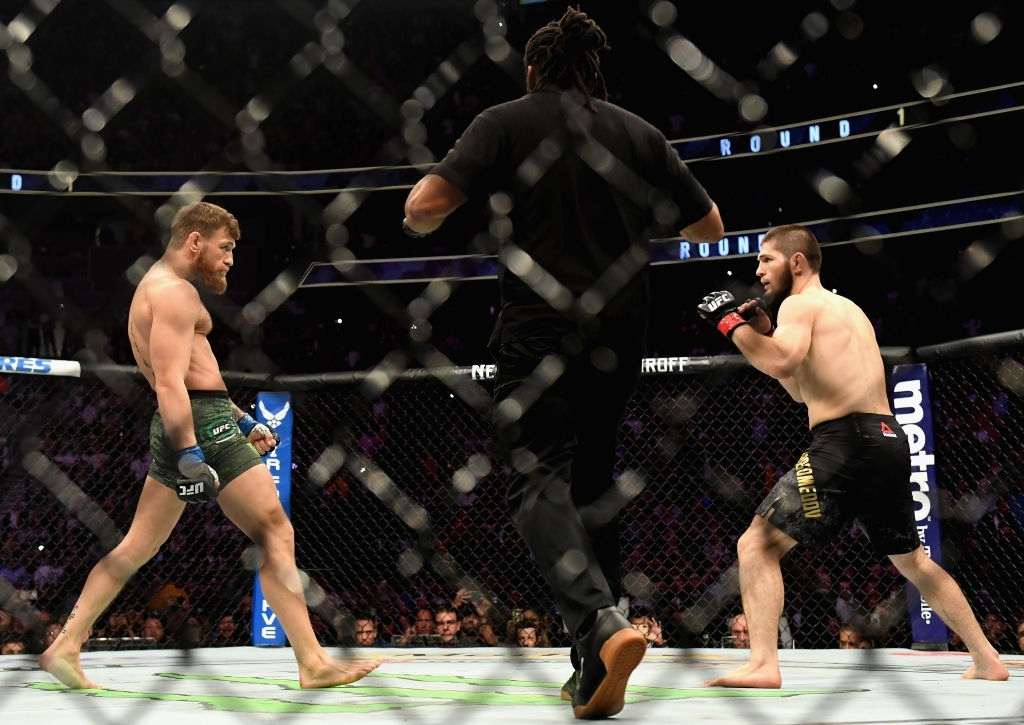 If you ask, what is the highest PPV buys in UFC? Here is your answer! Although this could be changed anytime soon, so far, Khabib vs. McGregor’s fight in UFC 229 was the highest UFC PPV buys.

This fight also set a record for the highest ever attendance. Besides, it also set a viewership record in Khabib’s home country Russia. More than 4 million Russian watched the fight, and it gained a 67.5% viewership rating in the capital Moscow.

On the other hand, Khabib vs. McGregor fight also got a peak in the UK as it was watched by 1,282,500 viewers.

Although many people supported Conor, Khabib was a favorite. Khabib won the fight by submissions. The total strike rate for Khabib was 66.2%, while Mcgregor had 75%. From the beginning, both of them were aggressive. But Khabib was in full control with the stikes and kicks, and he became successful in the fourth round in the first submission attempt.

I hope this article entertains you as we have gone through the top 10 UFC PPV buys of all time. However, this list might not be stable as new fights may take over these positions in the coming years.

Additionally, the PPV buys rate also depends on the player’s popularity and past performances, which we have seen throughout this article. For example, Conor McGregor is such a fighter who can boost the UFC PPV buys in any match.