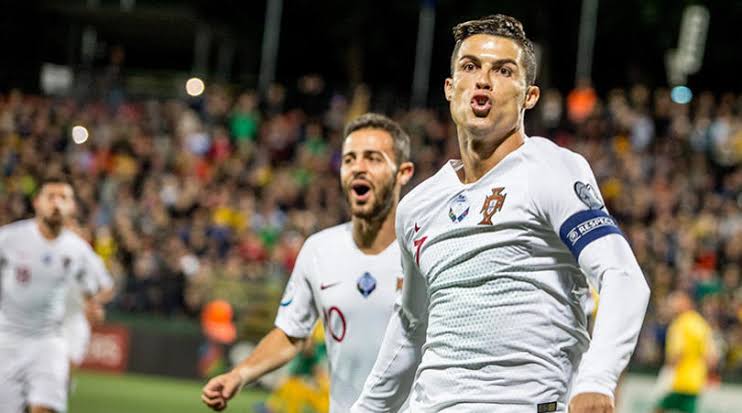 To many footballers, the opportunity to represent their country on the international stage represents the pinnacle of their career and players are not counted as truly successful unless they make an impact in the colors of their national team.

While club football might have more fortune and popularity, being chosen to don the national colors is a rarity that players do not joke with, as it sees them act as ambassadors for millions of their compatriots and they get the opportunity to represent their country either positively or negatively.

It is for this reason that footballers more often than not give their all on the international scene to help propel their country to glory and bring smiles to the faces of their countrymen.

Though it is not as frequent as club matches, tournaments like the World Cup and continental competitions offers players the chance to shine in national colors, while the qualification stages for these tournaments and friendlies also add to the pomp and pageantry of international football.

Numerous players throughout the annals of football history have lit up the international stage, and here at Sports Zion, we shall be having a rundown of the top 10 highest international goalscorers in history.

Note: Caps and goals for active players correct at the time of writing 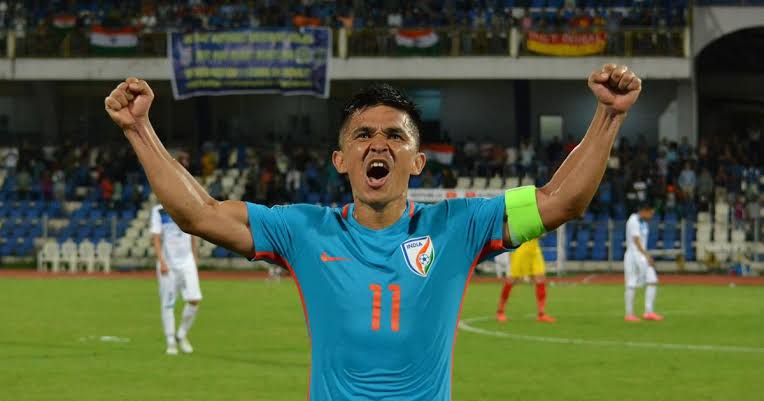 Sunil Chhetri is the most known Indian footballer, which is no mean feat, considering that his country is more popular for its exploits in Cricket.

He began his professional career with Mohun Bagan in 2002 and moved onto JCT in the Indian National Football League in 2005. Foreign spells with Kansas City Wizards in the United States and Sporting Lisbon in Portugal have also boosted his global appeal.

Currently, he plies his trade with Bengaluru FC and is playing a major role in sparking the upsurge of interest in the Indian Super League.

On the international scene, Chhetri has been an Indian regular since 2005 and he is the country’s record goalscorer with 72 goals from 114 appearances, while he also played a major role in helping India qualify for the AFC Cup for the first in 24 years in 2011. 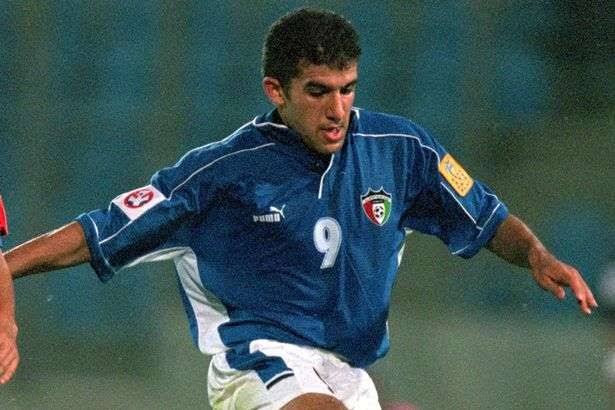 Bashar Abdullah is a retired striker who represented the Kuwaiti national team with distinction for over a decade.

His club career saw him traverse the length and breadth of the Arab world, taking in spells with clubs like Al Hilal, Al Rayyan, Al Ain FC among others.

He made his international debut with Kuwait in 1996 and made 134 appearances for Al-Azraq, scoring 75 goals for his country to make him one of the highest international goalscorers in history.

Abdullah played a major role in their successes towards the start of the millennium, including qualifying for the 2000 Olympics, finishing second in the Arab Cup and Asian Olympics, as well as reaching the semifinal of the AFC Asian Cup. 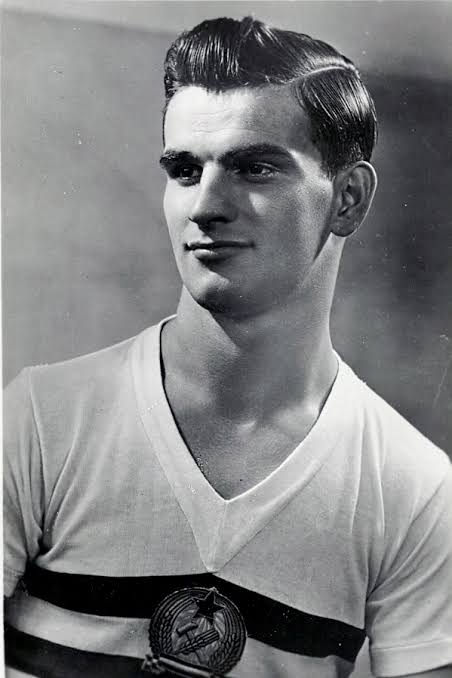 The Hungarian team of the 1950s is one of the most historic to this day and were the overwhelming favorites for the 1954 World Cup.

Sandor Kocsis played a key role in helping to propel the ‘Magical Magyars’ to near invincibility, with his partnership in front of goal with Ferenc Puskas proving to be nearly unstoppable.

At club level, he represented a number of clubs in his native Hungary, including Ferencvaros and Budapest Honved, before taking in a very productive spell for seven years with Barcelona where he again showed his prowess in front of goal.

The late great Kocsis turned out for Hungary a total of 68 times,scoring 75 goals at an astonishing ratio of 1.1 goals per match and it is unarguable that he would have achieved much more on the international scene but for the Hungarian revolution in 1956 that disbanded that great team.

In the eyes of many fans, pundits and ex-players, Pele is quite simply the greatest to ever play the beautiful game of football.

He captured global attention when as a teenager, he played a starring role to help Brazil to their first world title in 1958 and he was still there when they won their third in 1970.

At club level, Pele represented Santos with distinction and scored over 650 official goals with the Brazilian side, while a further 300 plus were scored unofficially.

When he finally hung his boots from international football in 1971, Pele had represented Brazil on 98 occasions, scoring 77 goals (which is still the highest managed by anyone for the Samba Boys). 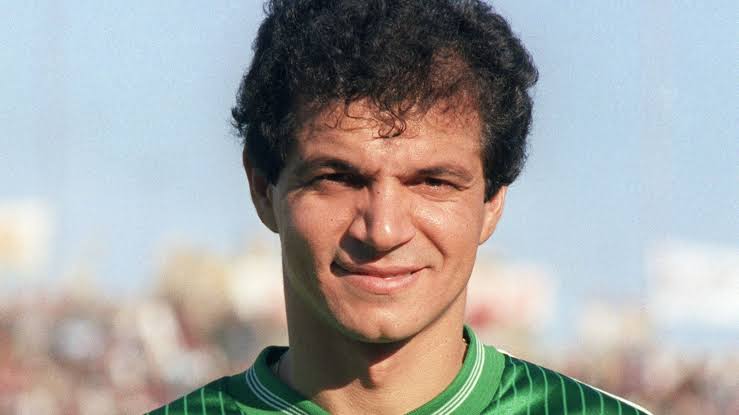 Alongside, Ahmed Radhi, Hussein Saeed is regarded as the best Iraqi player in history and to date, he is the country’s highest goalscorer.

Saeed played a part in helping his country win some accolades including the Arabian Gulf Cup (twice) and Asian Games Gold Medal, while he was also highly decorated on an individual level.

Upon retirement, he went into football administration and rose to become president of the Iraqi football association, although his tenure was fraught with allegations of corruption and bias. 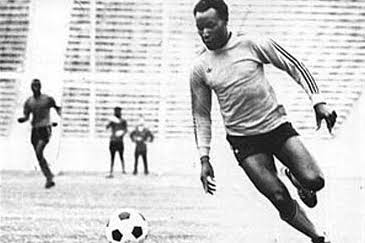 Godfrey Chitalu was a prime goalscorer of epic proportions who perfected the art of putting the ball in the back of the net and did so with alarming consistency throughout his two-decade career.

He is widely acknowledged as the best Zambian player in history and one of the greatest African players of all time due to his exploits during his playing days.

Chitalu spent the entirety of his club career playing in his native Zambia and there, he scored goals for fun, with researchers suggesting that he scored 116 goals in the calendar year of 1972, which significantly thumps the total posted by both Gerd Muller (85) in 1972 and Lionel Messi (91) in 2012, but FIFA refuted this claim, as they did not keep records of African domestic competition at the time.

With his national team, Chitalu represented Zambia a total of 108 times, scoring 78 goals and this total makes him the only African on the list of highest international goalscorers.

Upon retirement, he ventured into coaching and was in the process of building a strong Zambian squad when he, alongside his entire team sadly perished in a 1993 plane crash. 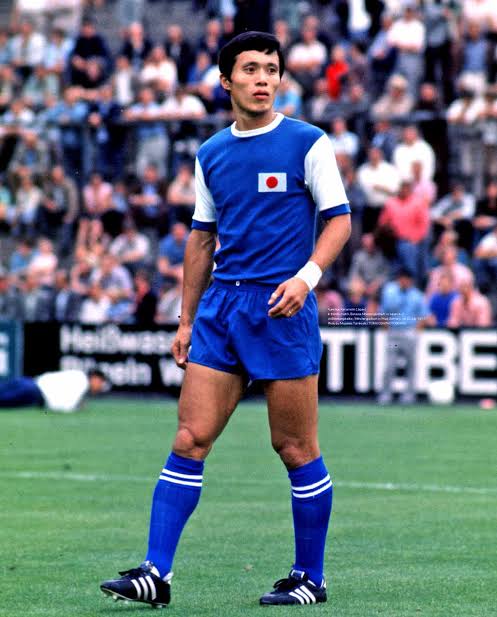 With his national team, Kamamoto won 76 caps for Japan between 1964 and 1977 and is the all-time scorer for the Blue Samurai with 80 goals, helping Japan to a bronze medal at the 1968 Olympic Games (where he finished as the top scorer with nine goals).

On an individual level, he finished as the highest goalscorer in the JSL Division 1 on seven occasions and was named Best player five times, while he also achieved team success, with several league titles and Emperor’s Cup added to his trophy collection. 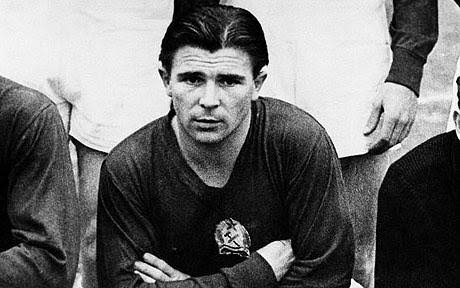 Like the aforementioned Sandor Kocsis, Puskas was a key member of the Hungarian national side that lost just one match in over eight years in the 1950s.

In total, he represented Hungary on 85 occasions, scoring 84 goals and for almost 50 years was the highest scoring player in international football until first Ali Daei, and then Cristiano Ronaldo surpassed him.

Puskas helped Hungary to the Olympic Gold medal in 1952, while he also achieved global prominence for his performance in two demolitions of England in 1953 and was named the Golden Ball winner at the Word Cup a year later.

Ferenc Puskas was a highly skilled center-forward and finished as the highest goalscorer in numerous competitions including domestic leagues and international tournaments.

After starring in Hungary with Budapest Honved, he transferred to Spain in 1958 and helped Real Madrid consolidate their status as the dominant force in world football, with his performances in front of goal playing a key role in the multiple trophies won both domestically and on the continent. 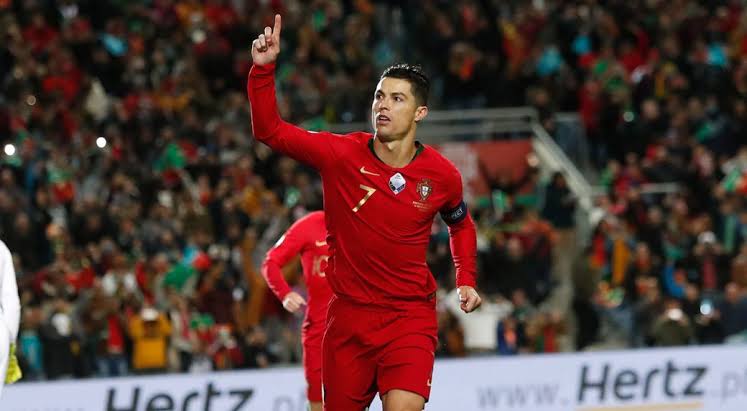 Are there still any superlatives left to describe Cristiano Ronaldo with?

The Madeira native has gone down in history as one of the best players of all time and is arguably the greatest goalscorer in the history of the game.

With five Ballon d’Or wins, Cristiano Ronaldo is the joint-most decorated player in the history of the award, while he also holds numerous other records, including for most goals and assists in the Champions League, as well as winning the Golden Boot in the tournament for six straight seasons.

After making a name for himself with Manchester United, Ronaldo departed for the Bernabeu in 2009 for a world record fee and he played his way into the Los Blancos record books with his performance over the next nine seasons and he departed the Spanish capital in 2018 as the club’s record goalscorer with 451 goals from just 438 appearances.

He is currently starring for Juventus and although there has been a drop in his performance level, the 34-year-old is still the driving force behind the Bianconeri’s quest for a first Champions League title in 23 years.

On the international scene, Ronaldo made his bow for Portugal in October 2003 and had his breakthrough at Euro 2004 where he helped fire his nation to the final in a tournament they hosted.

Twelve years later, he captained the national team to their first major title at Euro 2016 and repeated the feat two years later at the maiden edition of the UEFA Nations League.

Ronaldo is currently his country’s record appearance maker with 163 appearances and is currently the second on the list of highest international goalscorers of all-time, while just eight goals stand between him and the record.

Ali Daei is the highest international goalscorer in history

When it comes to international football, Ali Daei is the Gold standard which every striker looks up to (for the time being at least) and he currently leads the way for highest international goalscorers.

He is the only player to have crossed the 100-goal mark (don’t bet against Ronaldo doing so) and ended his career with Iraq with 109 goals from just 149 appearances, serving as captain of the side for many years.

His club career was also very distinguished and he represented a number of notable Arabian clubs including Persepolis and Al Saad, while foreign spells were also undertaken with Arminia Bielefeld and Bayern Munich (where he became the first Asian to feature in a Champions League match).

Ali Daei won several individual accolades during his career, including being named Asian Player of the Year in 1999 and was voted into the Asian Football Hall of Fame in 2014.

He ventured into coaching upon retirement and managed sides like Saipa and Persepolis, as well as the Iranian national team.