The 10 most entertaining footballers to watch 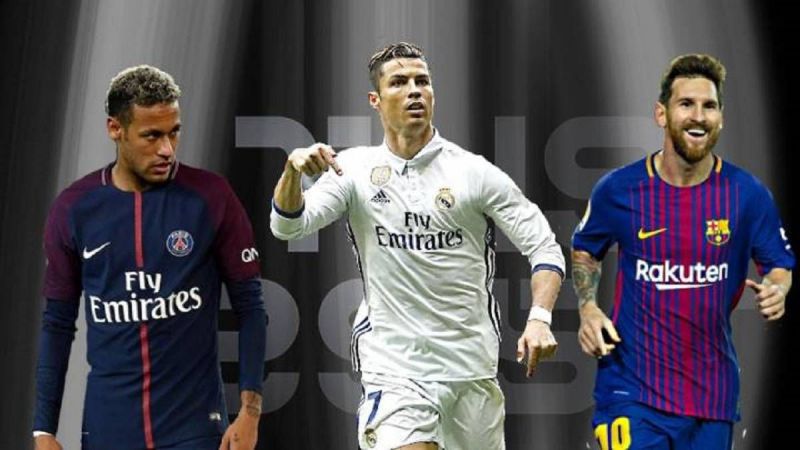 The football universe has seen several exceptional players in times past. From the likes of Pele, Di Stefano, Diego Maradona, Ferenc Puskas, Johan Cruyff to the likes of De Lima Ronaldo, Zinedine Zidane, Ronaldinho, Cristiano Ronaldo, and Lionel Messi, the beautiful game continues to bless us with spectacular talents.

Many lists have already been made on the top goalscorers, finest midfielders and the greatest defenders in the sport. But, that is not the end to it all. There is still a very important category of players that cannot be ignored – the entertainers.

Football is all about entertainment. Today, we are going to look at the finest players in the world, not based on the number of goals they score or their dribbling skills, but based on how they manipulate the ball with their feet to deliver moments of joy and attraction to spectators. Without further ado, let’s take a look at the top 10 most entertaining footballers in the world right now:

Let’s start the list with one of the hottest names in the Premier League at the moment. Nicolas Pepe continues with his flashy style of play after joining Arsenal during the summer transfer window and he will only get better at the Emirates.

No one was able to dribble past Virgil Van Dijk in the Premier League last season but that was only because Nicolas Pepe was plying his trade in Ligue 1. Upon joining Arsenal this season, the attacker needed just one chance to leave the defender bamboozled and keep Premier League fans in awe of his amazing brilliance.

Pepe’s ability to entertain football fans is quite evident. His electrifying dribbling skills, rampaging runs from the left flank and his incredible goalscoring knack make him one of the most entertaining footballers in the football world at the moment. He surely deserves a spot on this list.​

When it comes to rating the most entertaining wingers to watch in the football world at the moment, only a handful of superstars can be compared with Liverpool maestro, Mohamed Salah – courtesy of his eye-catching displays for the Premier League leaders.

Salah possesses an attractive style of play, tormenting opposition defenders with flashy dribbles from the right flank, cutting inside the box and delivering defense-splitting passes to his teammates while also finding the back of the net himself.

He has taken his game miles forward since linking up with Jurgen Klopp at Anfield and he remains the eye of the Egyptian national team. Salah is on course to lead the Reds to another historic campaign as they look set to take over from Manchester City in the Premier League.

The first midfielder on the list, Pep Guardiola knows the worth of this man so much that he has refused to let him go despite having reached the other end of his playing career. Such is his talent that he is one of the few players that come to mind whenever we talk about the top entertainers in football.

The Manchester City midfielder has been entertaining us with his incredible talent for the past few years. David Silva’s ability to run shows from the center of the pitch and send supporters wild is absolutely without question.

Dictating play, opening up opposition defenses with wonderful passes and penetrating the box with his intelligent movement, the Spaniard continues to light up the football world as he keeps Manchester City’s engine room alive.

Who can overlook Kylian Mbappe when it comes to rating the most exciting and top entertaining young footballers in European football at the moment. Mbappe has been on a continuous rise since came to limelight at Monaco just a few years back.

The French attacker is currently in a class of his own when it comes to rating the finest youngsters in the football world at the moment. He’s been an electric figure in front of goal since breaking into the scene with Monaco a few years ago.

Besides scoring goals, Mbappe also grabs the attention of football fans with his silky touches, cheeky nutmegs, and explosive dribbles. He was one of the most entertaining players in the 2018 World Cup, terrorizing opposition defenses with his incredible pace and flashy skills throughout the tournament.

When the Croatian playmaker left Tottenham for Real Madrid in the summer of 2012, many people questioned whether he was good enough to play for a team of Real Madrid’s level. Although he had been a star for Spurs and was heavily linked with moves to many clubs, Real Madrid belongs in an exclusive league with regards to quality and expectations.

However, the midfielder proved naysayers wrong and evolved into one of the best playmakers in the world. Modric’s knack to link play so efficiently, and be equally the armor and supply line, is an act of perfect technical skill.

With the ball at his feet, the Croatian pulls many impressive acts, dictating team play with his adept ability at passing, dribbling, and manipulation of the ball. Besides, his efforts to regain the ball when possession is lost is another feather in his cap.

One of the pioneers of Barca’s golden era, Spanish legend Andres Iniesta is truly an artist with the ball. The La Masia graduate started his career earlier as a defensive midfielder, but his versatility, balance, vision, and creativity coupled with his skill on the ball made him progress and transform into an attacking midfielder.

Alongside Xavi and Busquets, Iniesta formed a formidable Barca midfield under Pep Guardiola that conquered European football with one of the greatest football displays in history. His passing, dribbling and ball retention and the ability to score memorable goals make him a legend to be admired for years.

Currently, at Vissel Kobe, the midfielder has entered the twilight of his career and is expected to retire soon. However, he cannot be left off the list of the most entertaining footballers in the world. He surely deserves a place on this list.

Cristiano Ronaldo remains one of the greatest wingers in the history of the game. Apart from being a goalscoring machine, what the Portuguese attacker does with the ball at his feet is an epitome of magic. His flair, talent and the ability to run shows from the left flank secured him a place on this list.

CR7 became identical with the stepover during his time at Old Trafford. His flamboyant style at times made him look more like a freestyler than a footballer.

The Juventus star is the definition of a complete player. He is tall, strong, skillful and intelligent. His electrifying dribbling skills, pace, tricks, feints and his ability to decide the outcome of big games are awesome. He can charge at opposition teams from both the left and right wings and beat defenders to open up spaces and finish perfectly.

Moving forward, when it comes to keeping hold of the ball, the Portuguese is a specialist. He utilizes his incredible pace to take on opposition players, pulling crazy stepovers at high speed and cutting his way through to goal. Off the ball, his superb movement and positioning are the best in the world.

There was a huge sigh of relief among defenders in the Premier League when Eden Hazard finally left for Real Madrid during the summer. That is because the player has been a huge threat to defenders in the division

Hazard is one of the finest dribblers in the game. He sends the crowd wild by taking on multiple opposition defenders to find his way into the opposition box and scoring fantastic solo goals. His eye-catching displays for Belgium in the World Cup last year, which included a fantastic solo effort in the knockout phase of the tournament will be remembered as some of the highlights of his career.

He continues to be the epitome of entertaining football both at a club and international levels. There’s no way he can be left out on this list. He will only get better with more game time and more involvement in La Liga.

Brazilian superstar Neymar Junior is undoubtedly the most skillful player on the planet at the moment. Ever since the retirement of his predecessor, Ronaldinho, the PSG attacker has continued to entertain the universe with his incredible talent. He’s got all the tricks in the bag; he can dribble very well, has tremendous pace and even better acceleration.

From his childhood, the Brazilian talisman has been an impressive figure. He broke through the ranks at Santos to become the best footballer on South American soil. During his time in the Brazilian league when an 18-year-old Neymar put up some overwhelming display, South American journalist Tim Vickery couldn’t hide his excitement and was inspired to say:

“The 18-year-old is a magnificent prospect. He is so sleek and very skillful, able to beat defenders on either side, capable of combining well, and full of tricks he can put to productive use in and around the penalty area.”

The Selecao talisman always enjoys as he plays the game with his carefree Samba style. One of the most creative winger in the world for the past few seasons, Neymar continues to be a real force and a constant threat to opposing defenses. His blistering pace, coupled with his magnificent ability to cut inside, dribble with flair, create scoring chances and send the ball into the back of the net have been so fantastic.

Lionel Messi is probably the greatest footballer that the world has witnessed. The Barca legend is perhaps the most talented superstar in history. Many people find it very difficult to qualify for the Argentine playmaker. Maybe that was what inspired Italian goalkeeper, Gianluigi Buffon ahead of the Champions League final in 2015 to say:

“Messi is an alien that dedicates himself to playing with humans.”

What Leo does with the ball at his feet is purely magical. The Barca legend knows how to manipulate the ball more than any player in the world today. Just pass the ball to the playmaker and watch him take on several defenders, dribbling as if the ball is glued to his legs as he manipulates his way through opposition defenders, tearing them apart, creating decent chances and scoring unbelievable goals.

His passes are so accurate and effective that one might be forced to think that he has a measuring device installed in his eyes. His style of play is unique and at times, appears very difficult to understand. Following his 4 goals against Arsenal in 2010, Arsene Wenger was forced to say:

“Messi is the best player in the world by some distance. He’s like a PlayStation. He can take advantage of every mistake we make.”