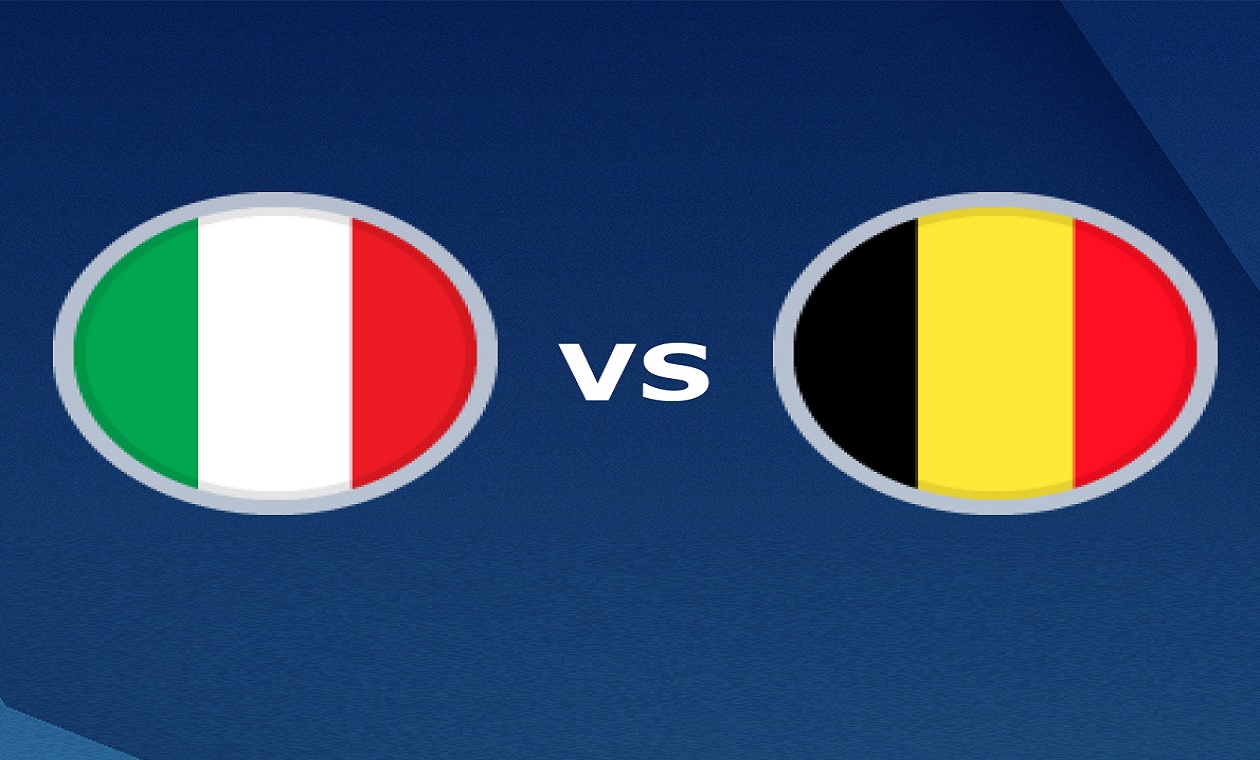 Italy and Belgium are set to meet in a Uefa Nations league third place play-off game at the Juventus Stadium in Turin on Sunday afternoon (14:00 UK time).

The reigning European champions saw Spain gain a semblance of revenge on them in their semi-final showdown while Roberto Martínez’s men snatched defeat from the jaws of victory against France.

All good things must come to an end including Italy’s record unbeaten streak. It had been over two years since Roberto Mancini’s men had suffered an international loss; since that 1-0 loss against Portugal the Azzurri would put together a 37-game run before locking horns with Spain at the San Siro earlier in the week. A brace from Ferran Torres gave the visitors a 0-2 half-time lead with Leonardo Bonucci given an early shower. Lorenzo Pellegrini grabbed a consolation goal seven minutes from the end. This setback has subsequently prevented the European champions from putting the Uefa’s Nations League title alongside the Henri Delaunay Trophy thus following in the aforementioned Portugal’s footsteps.

Just when it seemed Belgium were going to get over their semi-final hump they snatched defeat from the jaws of victory. Roberto Martínez’s side raced into a seemingly unassailable 2-0 against the World champions — Yannick Carrasco and Romelu Lukaku with the goals — before collapsing after the interval. Real Madrid’s present and past (Karim Benzema and Theo Hernández) netting either side of a Kylian Mbappé spotkick. It was another kick in the teeth for the world’s number 1 ranked international side. From a historical perspective, the Red Devils have won just one of their previous 12 visits to Italy, and that was a November 1999 friendly when Robert Waseige’s men ran out 1-3 winners.

His most recent strike, which doubled Belgium’s lead against France, stretched Romelu Lukaku’s record number of goals for De Rode Duivels to 68 goals. The 28-year-old is 35 ahead of nearest challenger Eden Hazard despite playing 14 games fewer than Real Madrid’s wayward forward. If the Chelsea man features this weekend then he will be returning to a familiar setting. Before returning to Stamford Bridge this summer the Antwerpen-born marksman enjoyed two seasons at Inter Milan where he bagged 47 goals across 72 appearances in Serie A with one of those coming on the ground hosting this upcoming Italy-Belgium fixture. Also in his most recent meeting against the European champions, their quarter-final showdown at Euro 2020, Lukaku netted a consolation goal after former Inter teammate Nicolò Barella and Lorenzo Insigne had given Mancini’s side a 0-2 lead at the Allianz Arena in Munich.