What Makes up a Championship Winning NBA Team? 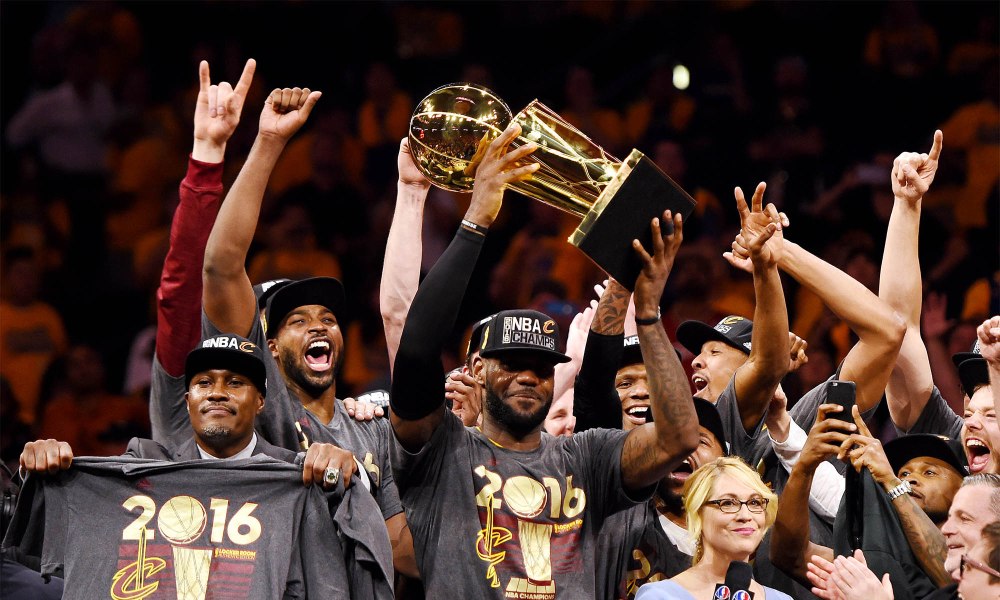 With each passing game we are edging closer and closer to the end of the regular NBA season and the start of the Playoffs. Teams have given it their all to qualify and have fought with grit and mettle. While some franchises have relied on a couple of superstars in their roster, others have performed exceptionally well with each teammate chipping in.

With the postseason picture looking increasingly clear, attention is turning to which team is best equipped to go all the way to the Finals. What exactly is it that makes an NBA championship team? Is it individual brilliance or a combination of intelligent plays? It can be said that this is one of the toughest questions out there. However, it is important to answer before you start to follow this year’s NBA Championship odds.

In most cases, the point guard is the most important position on the court. They tend to see more of the ball than any of their teammates and orchestrate the offense. Therefore, it makes sense that possessing a solid point guard is a vital ingredient to any championship winning team.

Ideally you want a selfless, pass-first player like Jason Kidd who is going to minimize turnovers and rack up assists, as opposed to putting up 30+ points a game. However, as the game has increasingly shifted towards the small-ball approach, players like Stephen Curry and Kyrie Irving have come to the fore.

And once a team is headed to the playoffs, the PG needs to have eyes on the back of his head to see and process everything faster than anyone else.

Making the most of every possession is important in the regular season, but it becomes absolutely vital in the Playoffs. With the opposition trying to hound you at every chance they get, it is important to be sure of one’s movements and have incredible synergy with teammates.

The postseason is the time of the season where everyone hits their peak form. That is why it becomes very important to have good game awareness. Nowadays, each team relies more on maneuvering the ball rather than individual brilliance. Everyone in your rotation must be able to keep hold of the ball to give the team the very best chance to win.

#3. More Than One Scoring Option

It goes without saying that a championship team needs a great deal of star power. Looking back on modern NBA title winners they all have two, if not three, reliable scoring options. It is not just the sheer volume of points you need either. You also have to be able to trust your big earners to produce in the closing stages when the pressure is at its highest.

Without being able to put the ball in the bucket, you are not going to win a championship win. It is as simple as that.

It may not be as exciting as rim-shattering dunks, impossible layups or a fadeaway threes, but solid defense is a must have for any team that wants to win the NBA Championship.

Both preventing threes and stopping your opponent’s getting a clear run to the basket are important. Each of these tasks require both individual and collective efforts to achieve. Coaching setups are more important in preventing buckets than in many other areas of the game as well. That’s why championship teams usually have a tactical genius pulling the strings.

Trying to win an NBA championship without contributions from the entire rotation is like trying to run a marathon with a 100 lbs weight attached to your ankle. To win it all, teams could have to play as many as 82 games. Coaches and management staff have to rely on their fringe players to produce in crunch situations and that’s not easy.

Due to a significantly shorter offseason, almost all of the league’s stars have suffered injuries. When they have spent time on the sidelines, their respective teams have faltered and some have even dropped out of the playoff berths. Keeping all your stars fighting fit while they have to play 40+ minutes a night is a very difficult task. That is why the great championship teams of the past have always had reinforcements from the bench to help them out.

Some of the greatest championship winning teams of NBA history

Many consider the 1996 Chicago Bulls to be the very best championship winning team of all time. The star of the show was global icon Michael Jordan who averaged over 30 points per game in the Playoffs and would scoop his fourth Finals MVP that season.

As we know though, one superstar is not enough to win a championship. Important support was also offered by secondary scoring option Scottie Pippen who chipped in with just shy of 16 points per game. Defensively, the Bulls were incredible as well.

Phil Jackson had them all singing from the same hymn sheet and individually, Dennis Rodman and Pippen were elite defenders. There was also help from the bench. For instance, in Game 1 Ron Harper came up with two vital steals to get his team on track for the first win of the famous Three-peat.

The 2015-16 Dubs side was probably the most versatile in the history of the game. It was the perfect amalgamation of talent and teamwork. Every player in the squad knew his role and performed to the best of their abilities. That is the reason why they were able to achieve the stupendous 73-9 record.

It was evident that coach Steve Kerr had trained each and every player in the squad in the philosophy he had. In some ways, The Championship-winning Warriors are considered as the second coming of the 96 Bulls.

That season, the Dubs were so dominant that opposition defenses stood no chance of forming a good defense. They were always on the charge and always on the prowl to find an open player. Moreover, if you have Stephen Curry, losses are bound to come few and far between.

The Celtics squad of 2008 is arguably one of the best in history. Filled with upcoming stars and experienced veterans, it was the combination of dreams for Doc Rivers. Rajon Rondo was just emerging as the most skilful point guard of his generation, and Ray Allen was already renowned as the one of the greatest shooters from beyond the arc.

In that season, no other team could take a fight against them. That is because the Celtics had all their bases covered. They were exceptional in defense and had experienced people orchestrating their offense. Moreover, the intelligent tactics of Rivers also had a huge role to play in recording so many victories.

Ranking the 10 Players With the Most Triple-Doubles in NBA History
NBA Play-in Tournament: Everything You Need to Know