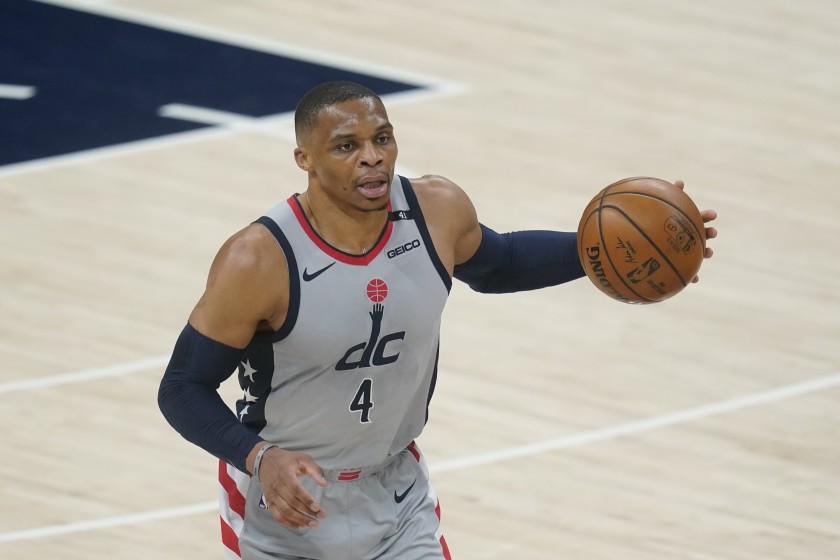 Scoring a triple-double in the game is a sure-shot way of having all the bragging rights to yourself. Doing it, however, on the grandest stage of all, against the best players, is a different matter. That is what the legends of the game have achieved regularly.

However, A triple-double essentially means that the player performed head and shoulders above the rest in every aspect of the game. These performances are a treat to watch for the spectators who love to witness their favorite players ply their trade for different teams. To make a constructive forecast, US online casino can help you to check the odds of winning, for each game your favorite team plays with the help of free spins bonuses.

As the history books get rewritten, we take a look at the top 10 players with the most triple-doubles in the NBA. 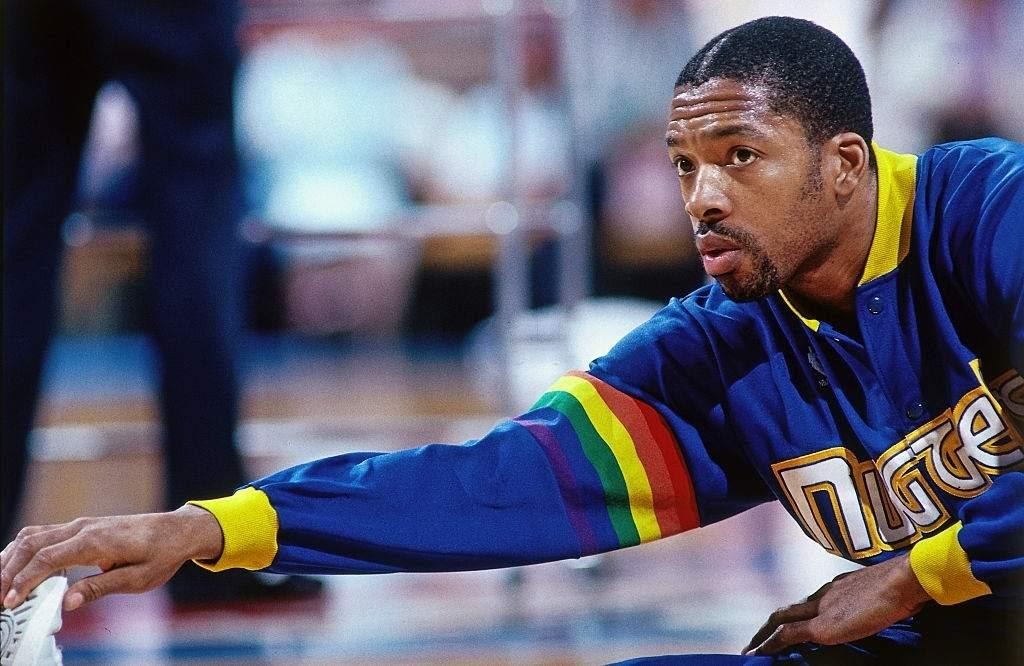 NBA fanatics remember him as the player who had the same energy throughout the 48 minutes. With Lafayette “Fat” Lever on the roster, the Denver Nuggets knew they were never down in the dumps. With 43 career triple-doubles to his name, he is one of the Nuggets’ greatest ever players. Fat could do what most of his peers could not, dictate the pace of the game with remarkable ease.

With an effortless commanding style, he dominated on both ends of the court. Judging by his stats, Fat Lever would have been perfectly suited for the modern game and the way it is played. Racking up triple-doubles in the era where the game was much more physical is a strong feat. After his retirement, the Nuggets decided to retire the number 12 in his honor.

There isn’t a shred of doubt in anyone’s mind about the greatness of Nikola Jokic. At the age of 27, he has already become one of the greatest big men of his generation and is showing no signs of relent. With his big and burly frame, he towers over the opposition and scores at will.

56 triple-doubles indicate his command in games. They have centered both the offensive and defensive plays of the Denver Nuggets around Jokic this season. This insane streak of match-winning performances during the season has made him the frontrunner for the MVP award this season.

The Serbian International has another trick up the sleeve that sets him apart; he can adapt quicker than any other player in the league. Many teams have tried to stop him from scoring by applying different kinds of plays. Whenever this has born fruit, Jokic has switched to the role of a provider for his team and impacted the game to the best of his abilities.

When he can be the best performer in the league at the young age of 27, it can be expected that Jokic will add many more to his current tally of triple-doubles.

One of the most technically gifted players in the league, James Harden has lit up the NBA with his incredible game awareness and skill. All throughout his illustrious career, he has provided fireworks for every franchise he has played to date. Harden is the type of player who is best suited for the small-ball approach that is evidently taking over the league.

With extravagant ball-handling abilities and a great shooting form, racking up 58  triple-doubles comes easy for Harden. He has already become the highest triple-double scorer in Nets history, after just five months with the franchise.

Harden is the type of player who can take opposition defenses apart all on his own. When he is paired with a superteam like the Nets, all the things start falling into place. At first, Harden wasn’t sure of slotting into the point guard role. However, he has grown used to it and is now the lead playmaker on the side.

Here’s hoping that he racks up more ridiculous stats in the years left of his already glorious career. 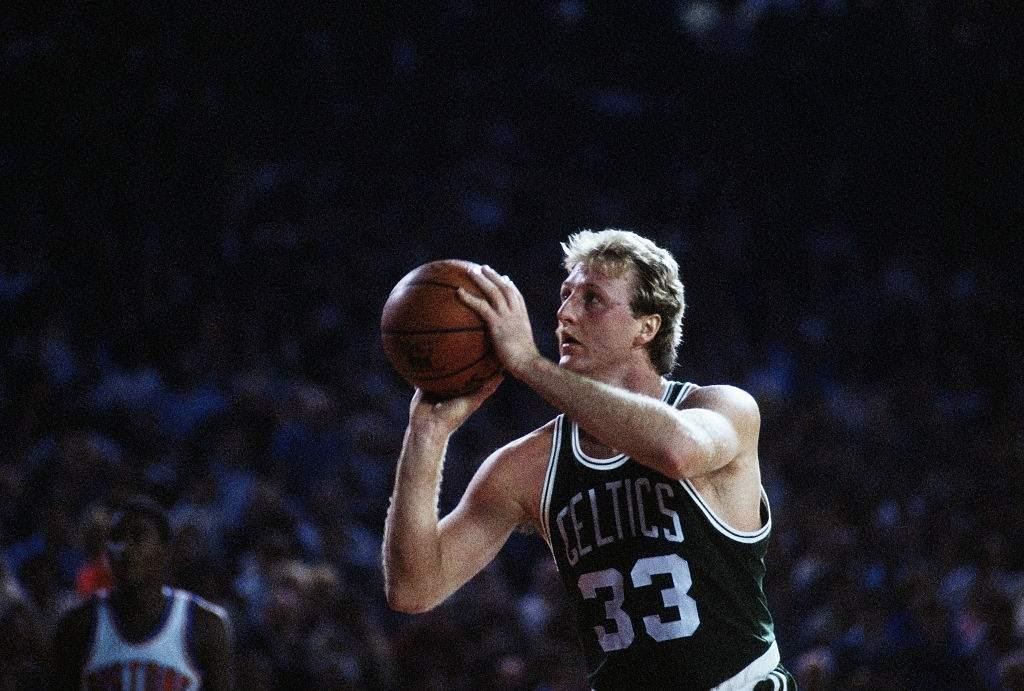 Pick up any list of the greatest NBA players of all time, Larry Bird is sure to be somewhere around the top. The Celtics legend was the epitome of determination and courage. In a league hugely dominated by people of African-American origin, he was the one white player who took the game to the opposition regularly.

Scoring 59 triple-doubles in a hugely physical league is not a minor feat. Bird was the perfect player by many parameters. He had an unlimited range and could shoot from anywhere on the court. Moreover, he was a great passer of the rock and had incredible game awareness. That is exactly why he was able to rack up hall-of-fame-worthy stats in that era.

The 3-time MVP award winner was also a defensive beast and did not let get anyone past him. He was the complete player who could do everything with ease. In his honor, the Boston Celtics retired his jersey number 33 after he announced his retirement. 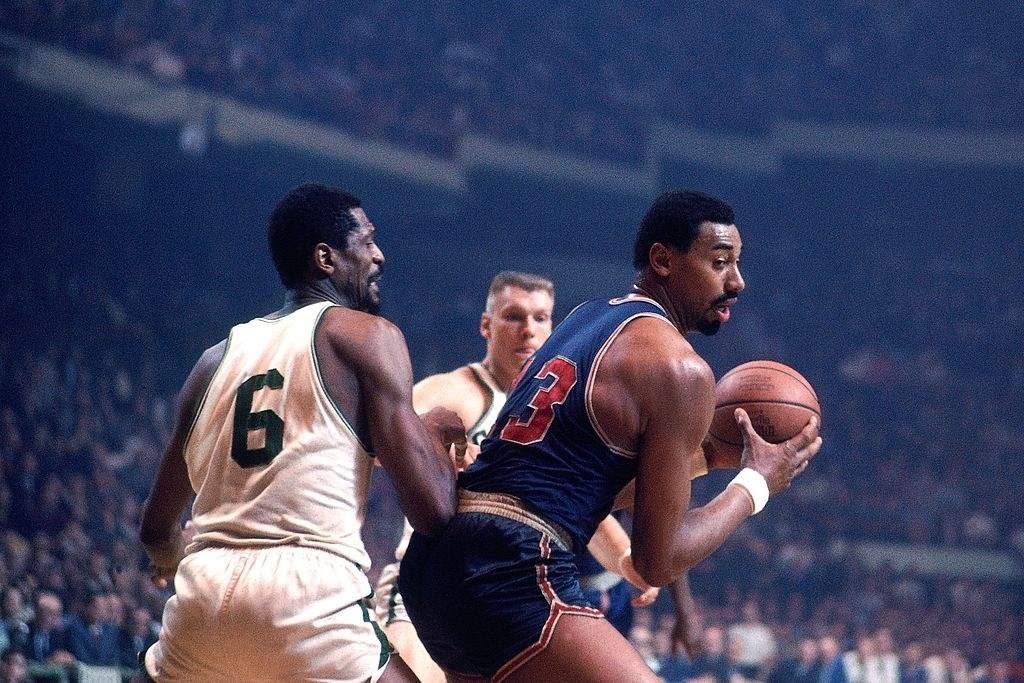 Wilt Chamberlain is the greatest big man of all time. The things he did on the court were incomprehensible and still do not seem humanly possible to this day. In one season, he averaged 50 points and 25 rebounds. Averaging 50 over the course of an entire season does not seem possible in the modern game. However, that does not take away from the fact that Wilt Chamberlain is one of the finest players to ever grace the game.

In some ways, racking up 78 triple-doubles in his career might seem a little underwhelming to people who have seen him play. None has emulated the dominance and power he displayed on the court ever since. The speed with which he used to slam past opponents was a sight to behold. Due to his presence, franchises like the Lakers and the Warriors have achieved legendary status in the league.

It is safe to say that Wilt changed the way the game was played. He showed everyone that there are moments where individual brilliance is required despite basketball being a team sport.

This list just keeps producing legends one after the other. And this one might be the biggest of them all. With 99 triple-doubles to his name, King James has proven his greatness once and for all. There have not been many players who have the command and skill to lead an iconic franchise, but LeBron has done it for his entire career.

You cannot ignore LeBron on the court. The intensity he brings along with him to the locker room is electric and it runs through his teammates. That is why he can deliver so many championships and titles to every franchise he has ever played for. There is no aspect of the game where Bron hasn’t excelled.

He is equally imperative in both offense and defense. However, he naturally leans more towards the offensive side of the team’s movements. The king of transitions manages to influence every play of his team. One shy of the 100 mark, here’s hoping that LeBron James bags that milestone before the end of the season. 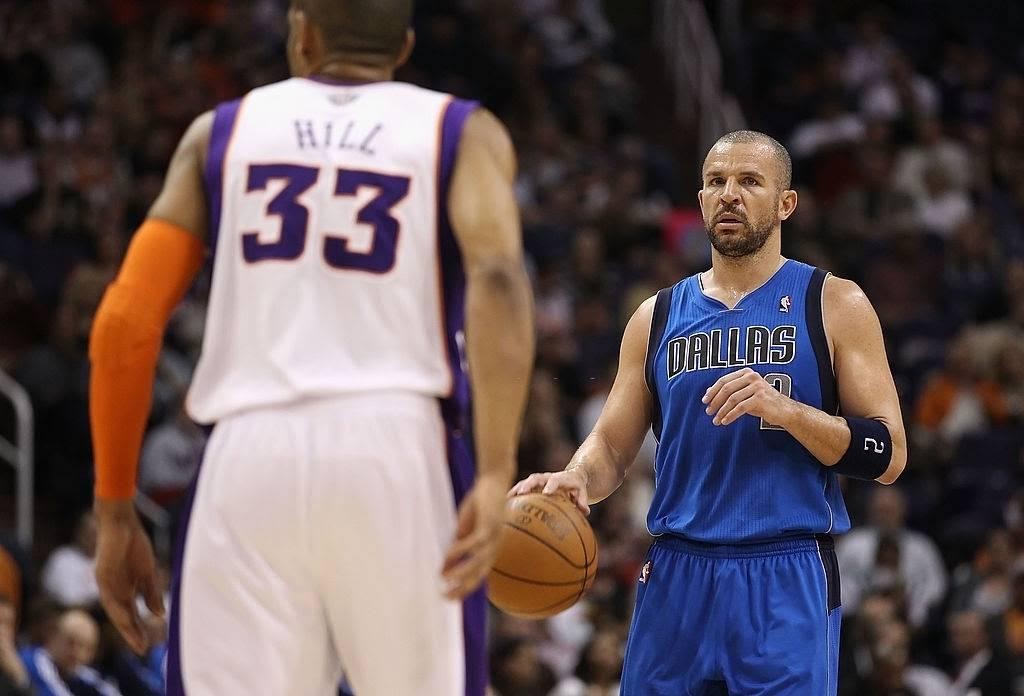 Some critics and analysts are of the opinion that players like Jason Kidd do not stand a chance to play in the modern game. However, I for one believe that Kidd is one of the few players who will make the transition between eras smoothly. Kidd’s entire game revolved around passing the ball, and he did that with sublime skill and technique.

You can score 107 triple-doubles only if you have eyes on the back of your head, and Jason Kidd had just that. He was one player who could pass the opposition to death. Never one to hog the limelight, Jason Kidd quietly went about his job which made his teammates look like absolute stars on the court. However, as his peers have admitted, his was the most important role in the entire squad.

There is no doubt about the fact that Mr. Triple-Double was one of the fiercest competitors the game had ever seen. Probably seconded only by Charles Barkley. His pass-first mentality made the opposition think twice before facing him in every game. 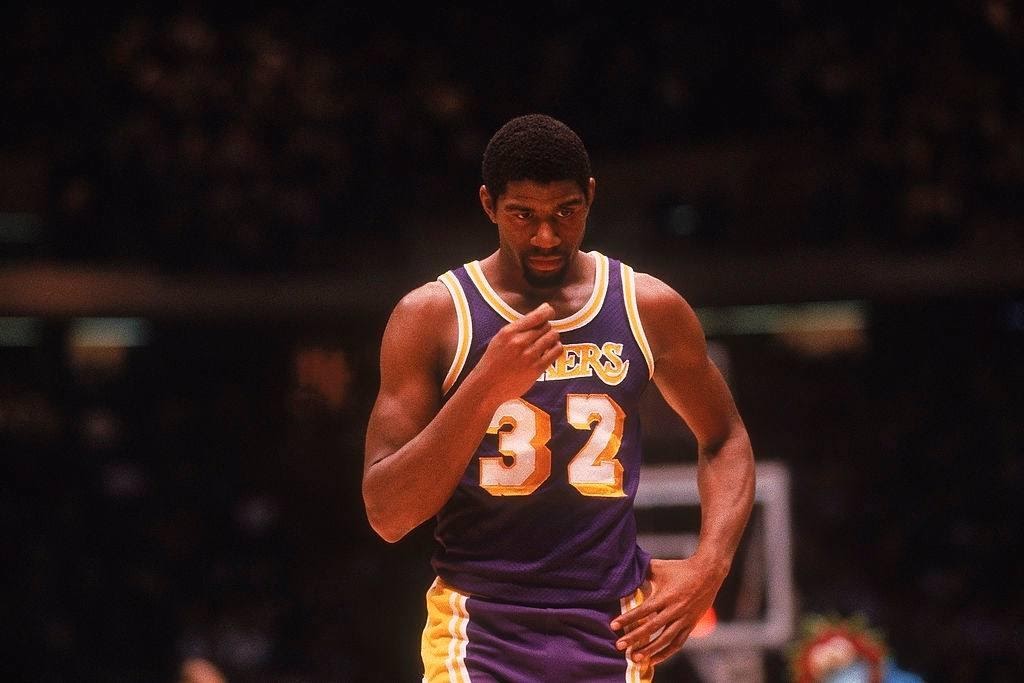 One does not need to prove Magic Johnson’s greatness, his stats do that for him. 138 triple-doubles over the course of only 13 years is a feat that not many professional players will be able to emulate. Magic was a scorer in the true sense of the word. At that time, tall point guards were not the norm. That is why Magic Johnson was a gamble that paid off handsomely for the Lakers.

Standing at 6’9″, he used his height advantage to brilliant effect by scoring at will and making unbelievable passes to his teammates. Not many players will be able to read the game as well as he did during his prime. Every opposition was wary of facing him and formed specific plays to stop the prolific guard. However, he always found a way out and it became a part of his legacy as a player.

An early end to his career is the only reason that stopped him from breaking Robertson’s record and becoming the highest triple-double scorer of all time. 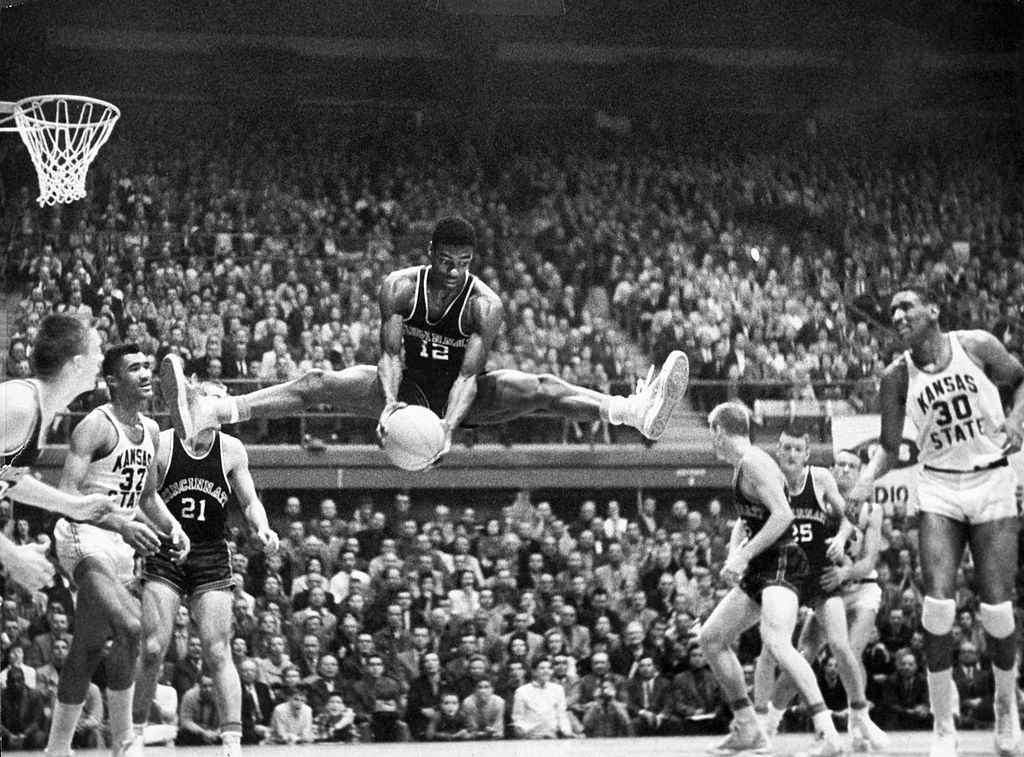 Holding the record for most triple-doubles since 1974 shows how ahead of his time was Oscar Robertson. Some people say that Robertson was the first player who introduced the small-ball approach to the game. For this game,  the guard makes shots for his teammates and influences the game.

Racking up 181 triple-doubles against the best players of the planet isn’t an easy feat by any stretch of the imagination. Some analysts even rate him as the greatest point guard to ever play the game. That is because of his stats and the records he holds. The Big O is the first player to average a triple-double all through the season. However, it is very surprising to note that he did not win the MVP that season.

Even if Russell Westbrook surpasses him, Oscar Robertson’s name will forever go down as one of the all-time greats. His new and effective approach to the game inspired many generations of players.

#1. Russell Westbrook: One of the greatest all-round players (182 Triple-Doubles)

There are only a handful of lists where Russell Westbrook can be left out of the conversation. However, this list is certainly not one of them. Over the course of 13 years, Westbrook has formed a reputation of being one of the fiercest and most intense guards of the modern era. This intensity of his has aided him in racking up triple-doubles for fun in every season.

Granted that scoring a triple-double in a small ball approach is easier. However, that takes nothing away from the fact that Westbrook has 182 of them. Often accused of being a stat-padder, Russell Westbrook is a player who knows how to lead an attack and score at will. At his prime age, it is evident that Brodie dominates whenever he takes to the court.

It has reached a point where everyone is half expecting him to grab yet another triple-double in every game. His approach to the game is so brilliantly different that players are seldom able to stifle his threat. There is no doubt about the fact that Russell Westbrook is already one of the biggest legends of the game. Having this record will only add to his legacy.

Ranking the Top 10 Biggest Chokes in NBA History
What Makes up a Championship Winning NBA Team?