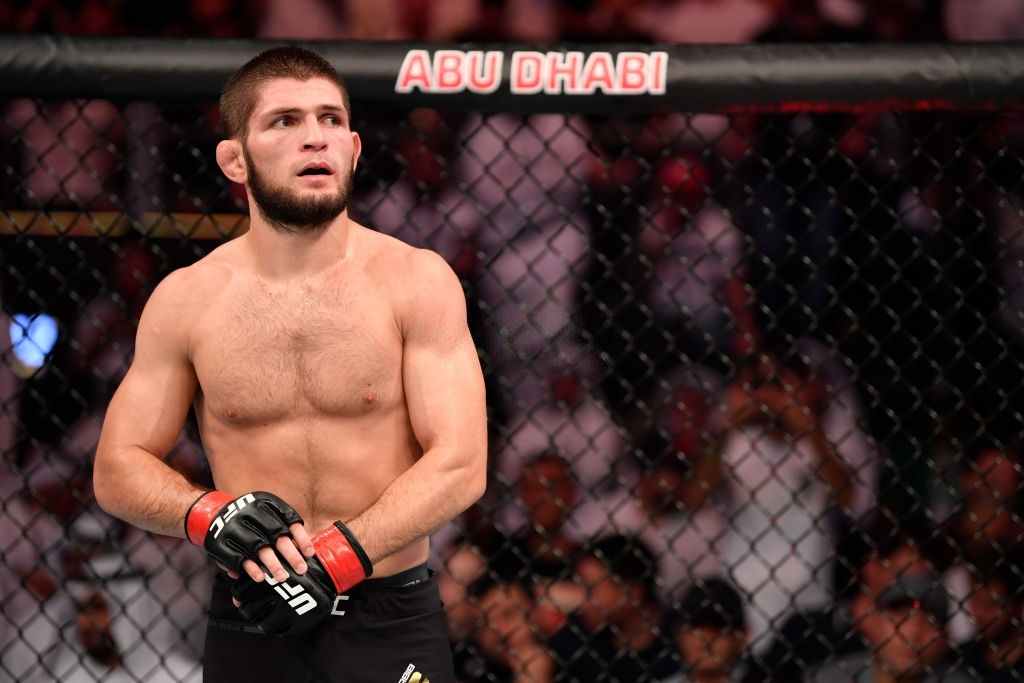 Khabib Nurmagomedov is one of the most fearless UFC athletes ever, making his opponents shiver with his sheer fighting instincts. His rugged physique makes him one of the hottest men (right, girls?) to have ever entered the ring. Although Khabib prefers to wear a dangerous look and personality, he is understandably a romantic person.

Generally, world-class athletes don’t stay bound to just one woman during their lifetime, but Khabib is certainly different, he is a one-woman man. Here, we will talk about Khabib Nurmagomedov’s wife. The MMA legend keeps his personal life a secret, but here we are, with all the data in our arsenal to feed you with every information. So, stay tuned.

Patimat Nurmagomedov is the world-famous MMA fighter’s spouse. Apart from that, nobody knows much about her. She chooses to live a private life free from the spotlight. In contrast, her husband, Khabib, is Russia’s most famous person on Instagram (he currently has 28.1 million followers).

Here is an amazing fact about Patimat. Understandably, the 32-year old Russian MMA athlete and his wife were distant relatives before becoming childhood friends. Interestingly, Patimat and Khabib even shared the same surname before they got married.

In June 2013, Khabib tied knots with her lady love, Patimat Nurmagomedov in Kirovaul, Kizilyurtovsky, Dagestan, Russia. Approximately 3000 guests came to their reception, however, none of them could see the bride as Patimat wore an invisible curtain to hide her face.

Why is there so much mystery around Khabib Nurmagomedov’s wife?

No one except Khabib’s family members has ever seen his wife’s face as she prefers wearing an opaque veil outdoor. As mentioned earlier, even the guests at her wedding couldn’t see Patimat Nurmagomedov’s face.

Conor McGregor, Khabib Nurmagomedov’s arch-rival, once famously tweeted a snapshot from the wedding years later, in 2019, with the caption: “Your wife is a towel mate”. Although, later the Irish southpaw deleted the Tweet following a backlash from Khabib’s fans and netizens. 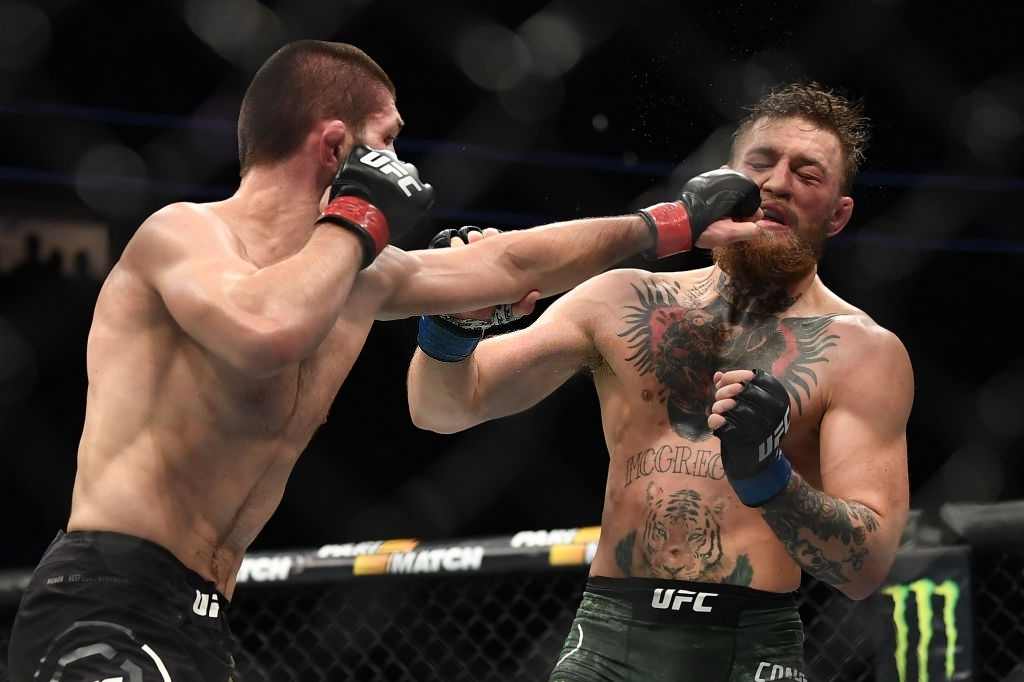 In an interview, on being asked about his daughter-in-law’s fashion customs, Khabib’s father Abdulmanap Nurmagomedov said, “A husband tells his wife to cover herself and she does. Her beauty should belong only to her husband. It is not a matter for discussion today, everything was decided 400 years ago.”

However, on September 24, 2019, a person posted a photo of Khabib posing with a woman in hijab. The woman’s face is clearly visible, as you may see in the photograph below.

Khabib’s fans suggested that she is Khabib Nurmagomedov’s wife, although the truth about this matter couldn’t be confirmed due to lack of clarification from the 32-year old Russian fighter’s end.

Another photo showed Nurmagomedov posing with a pretty lady, which at first many speculated to be Khabib’s better half. However, later, it was revealed to be Olga Buzova, a well-known Russian pop singer and television presenter. 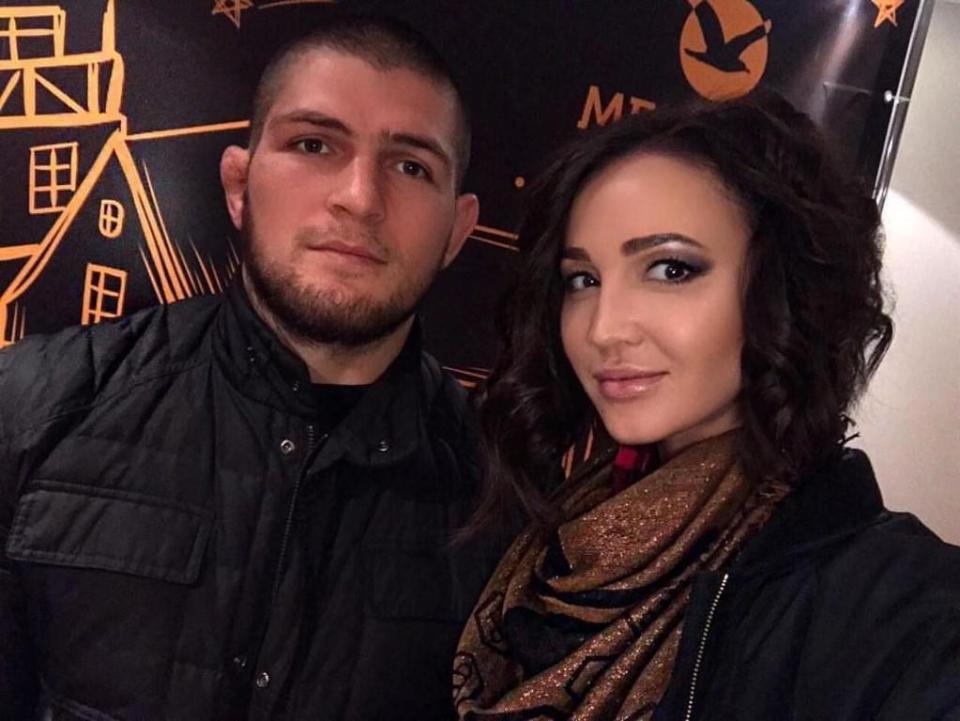 Patimat Nurmagomedov’s early life is still a mystery, except for the fact that she was born and brought up in Sil’di, Dagestan. Her educational background too remains unknown, however as far as her occupation is concerned Patimat is a housewife.

The former MMA fighter’s spouse prefers spending most of her time at home. Since she doesn’t use any social media platforms, no official photos or details of her are available anywhere on the internet.

Furthermore, Khabib Nurmagomedov has said repeatedly that he does not want his family to watch his fights live on the TV, which suggests that Patimat has no access to the outer world. Only time will tell if the world will ever see Patimat Nurmagomedov posing alongside her husband in front of the paparazzi.

Patimat and Khabib first met while they were still in their early teens. For a whole year, they shared a desk at the very same school in their neighborhood. Over the course of the period, the two developed a relationship, which inevitably led to a romantic endeavor.

How their relationship unfolded?

After dating since childhood, Khabib and Patimat tied knots in 2013. Their wedding was an extravagant one. Everyone was welcomed because it was a traditional Dagestani wedding. Nurmagomedov was also Dagestan’s favorite son, and hence, it is no wonder that a considerable crowd attended his wedding.

According to reports, the Nurmagomedovs rented a room for 1200 people and switched guests three times to allow everybody to come in and congratulate Khabib and his wife. This suggests that the guest list might have exceeded 4000. As per estimates, the grand wedding cost Khabib and his family only about $10,000 (700,000 rubles).

How are Khabib and Patimat doing currently?

Together, they have 3 kids; daughter Fatima, and a couple of sons Magomed and Husayn. Their first child, Fatima was born on June 1, 2015.

Khabib Nurmagomedov and his family are well-known in the Islamic world for their steadfast religious convictions. Nurmagomedov, one of the most influential figures in today’s Islamic world, is a Sunni Muslim. His dedication to his religion and family can be traced from the fact that the lightweight legend puts his family customs before anything else.

In the future, we might see Khabib having more than one wife. According to Muslim custom, men are permitted to have up to four wives. “The Eagle”, as he is widely recognized, currently has one wife, but according to his father, all men in their family get a second wife in their 50s or 60s. Khabib’s Abdulmanap himself has two wives, and Khabib’s grandfather also had two wives. If that happens, we will be the first ones to reveal Khabib’s second wife’s identity.

Khabib Nurmagomedov’s life at a glance

Khabib Nurmagomedov was born in Sil’di, Dagestan, and his wife is also a native of the area. He and his family later relocated from Sil’di to Kirovaul, and then to Makhachkala, where the fighter began to practice and pursue greatness in mixed martial arts. His intense perseverance and determination helped Khabib emerge as one of the key contenders for the GOAT title, alongside Jon Jones. 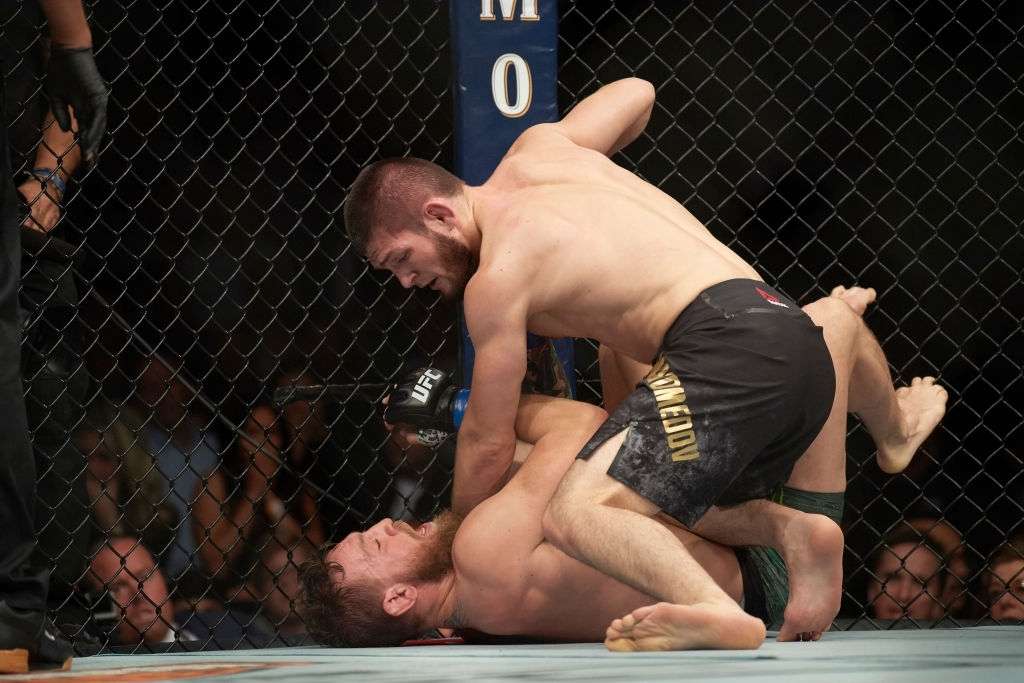 In 2021, the former UFC star confirmed his retirement as a professional fighter. However, he didn’t bid farewell to the sport he loves. The Eagle has moved into a coaching role both in his native land Dagestan as well as in the American Kickboxing Academy (AKA) in California.