Khabib vs Jon Jones: Who is the GOAT? 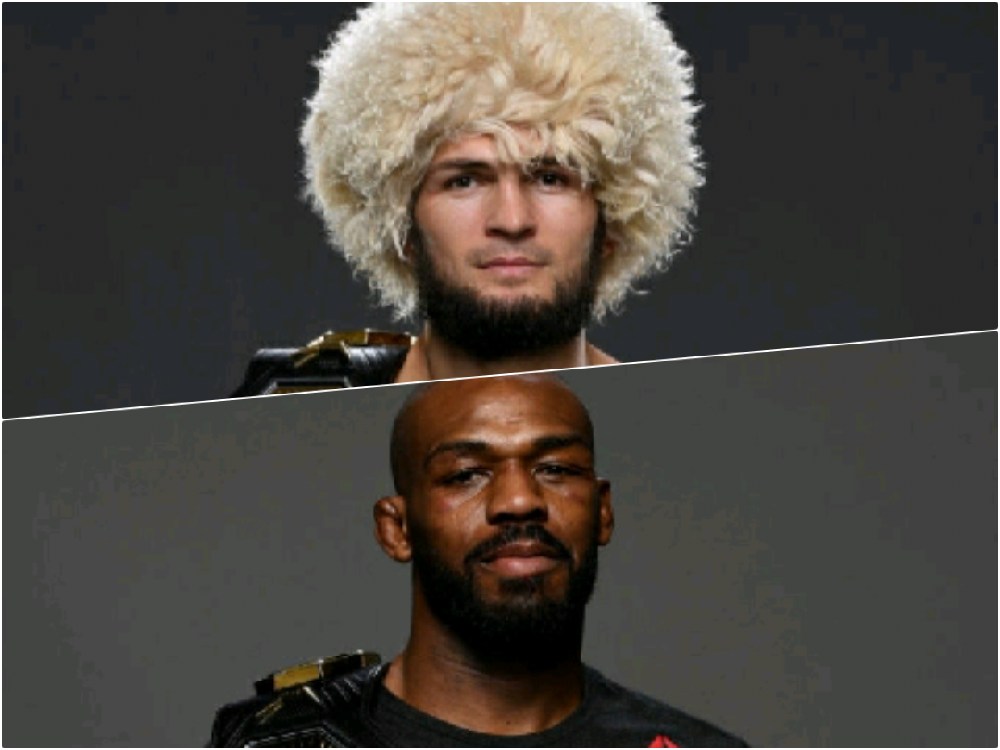 After Khabib’s retirement, he announced himself as the No. 1 pound-for-pound fighter, and UFC president Dana White agreed on that too! But Jon Jones shows his anger over that, which brings out a discussion on Khabib vs Jon Jones. Who is best between them?

After Khabib Nurmagomedov’s win in UFC 254,UFC tweeted from their official page about Khabib’s move up on pound for pound ranking. Right after that, Jones tweeted by sharing the UFC’s post saying, “This is number one bull****.”

? @TeamKhabib moves to No. 1 on the Pound-For-Pound rankings.

That is where all the debates started!

Khabib vs Jon Jones: who is the greatest?

There is no way we can ignore any of them in the history of UFC. Both are best in their division. But, we think we need to talk as Jon Jones pointed out this to the Khabib’s fans regarding the overall achievements.

There is no doubt Jones is one of the best UFC fighters. He is big, nobody could KO him, and no one even gave a try to submit him. Jones is holding a 26-1 record and the one bout he lost due to illegal elbows. He could have won that too. Jones contains the variations of skills such as punches, kicks, knee strikes, any kind of striking technique, and much more! Besides, as per Jones’s claim, his 15 fifteen world championships make him great over Khabib.

Not salty at all, I really do respect Khabib, I honor the type of man he is. But being the best is earned not given. Unfortunately four title fights aint it, no matter how much we all like em https://t.co/eDr454nsTa

On the other hand, Khabib Nurmagomedov retired undefeated at 29-0, who is also considered a badass UFC fighter!

No one in the UFC history has the Khabib’s excellency in submitting the opponents. He is so fast that even the most formidable opponent could not stand well against Khabib. So, he has all the facts for himself to claim as GOAT.

While Jon Jones is always reminding the fans and Khabib about his (Jones) achievements, however, Khabib did not say against these officially. I can see these as an indirect challenge threw for Khabib by Jones.

Althoughfans are waiting for a response from Khabib, but, are we looking for Khabib vs Jon Jones fight soon?

Khabib vs Jon Jones: Who will win?

Although both of them are equally skilled, a real fight between them would be possible. As they have enormous differences, Jones is too tall for Khabib as well as heavier. So, despite being equally skilled, I always put the more massive fighter ahead. Besides, Jones usually fight 50-60 pounds heavier than Khabib. So, I am sure, if they fight, Khabib will fight back greatly. But in the end, I can see Jones as the winner because Khabib’s submission skill may not work on Jones.

However, even if they agreed to fight, I am pretty sure no athletic association would ever permit their fight.

Both of them are tremendous at UFC, so fans would love to see them fight for pound title back. However, it is not possible, I guess, but you never know when the Khabib vs Jon Jones debate end or they are going to fight for real.

We have to wait for Khabib Nurmagomedov’s response to assume the result.