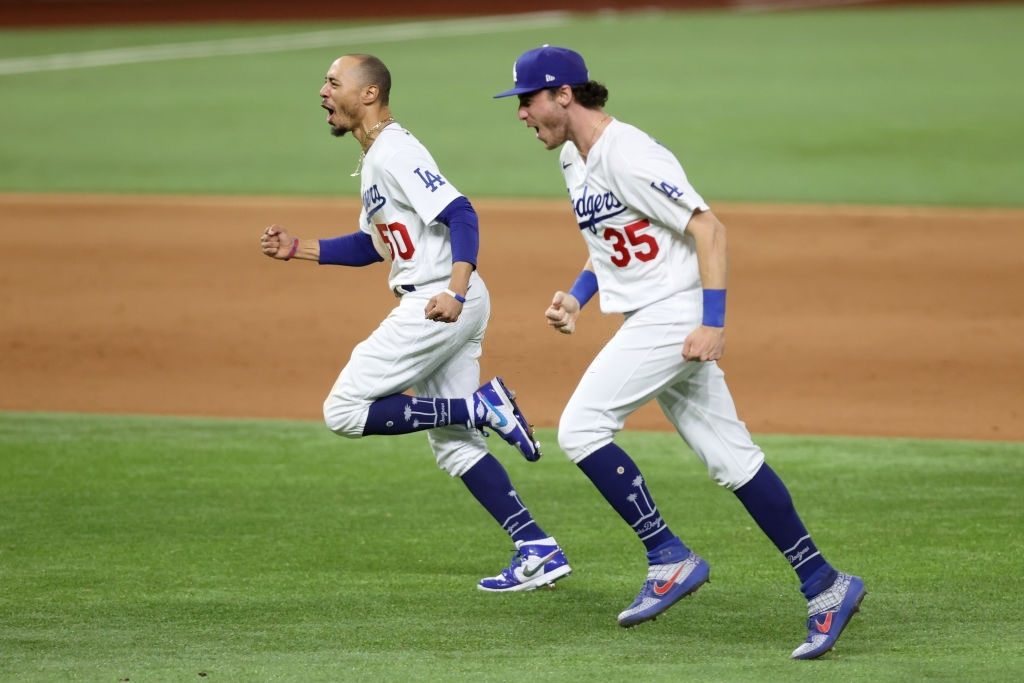 They had to wait 32 years, the Los Angeles Dodgers, for the World Series Title, but the wait is finally over on Tuesday, when they beat the Tampa Bay Rays. After a lot of disappointing misses, the the Dodgers win World Series by beating the Rays 3 – 1 in the Globe Life Field in Arlington, Texas.

This is their seventh World Series in the club’s history but their first in a long time. How long? Well, they haven’t won a World Series since 1988. And even though they might have had some help from the Rays manager on Game 6, they finally did it. The Dodgers won it all this time. 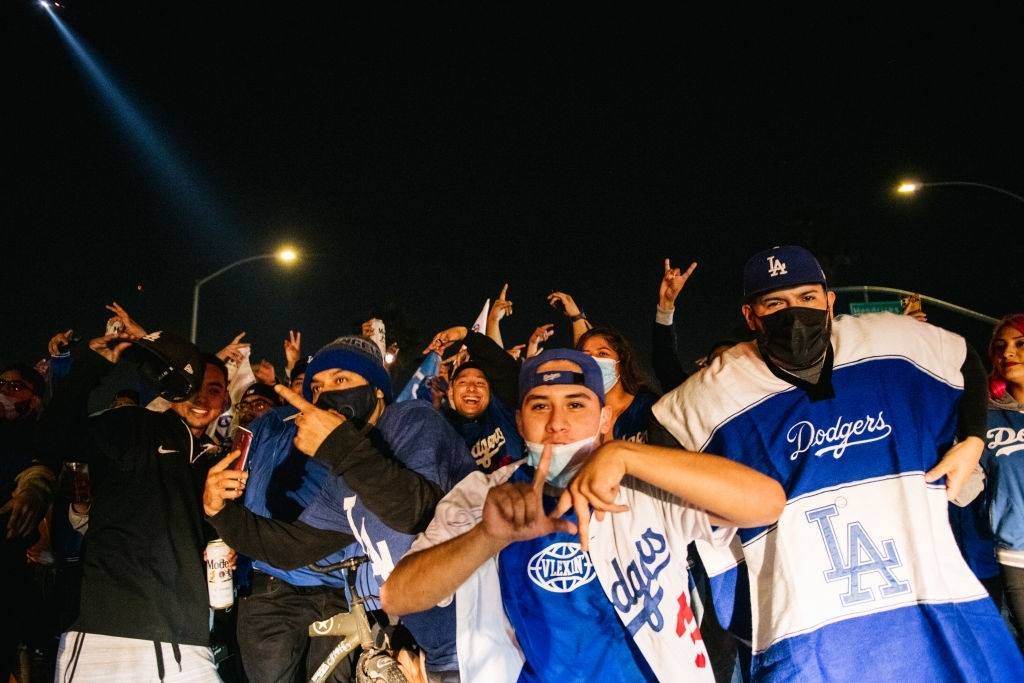 The 2020 series was already shortened because of the pandemic, but nobody thought the celebration too would be shortened as well. Indeed it was a different kind of celebration from what we are used to. No champagne, no dogpile, almost everyone wearing a mask during their celebration, the Dodgers certainly celebrated their victory in a way they never had imagined they would. And they certainly didn’t think that they would have to celebrate without Justin Turner, who was tested positive for COVID-19 in the midst of their long-awaited victory against the Tampa Bay Rays. He was pulled out of the Game 6 and couldn’t be present during the Dodgers win World Series celebration.

MLB Commissioner Rob Manfred confirms the news that Justin Turner was indeed tested positive, a few minutes after he presented the Championship trophy to the Dodgers. Another reminder for everyone, how different this COVID infested season was. But the good new is that Turner tweeted after the win that he feels good and he has no symptoms at the moment. Thank you everyone! I am so proud of this team and incredibly happy for the city of Los Angeles,” he tweeted.

Thanks to everyone reaching out! I feel great, no symptoms at all. Just experienced every emotion you can possibly imagine. Can’t believe I couldn’t be out there to celebrate with my guys! So proud of this team & unbelievably happy for the City of LA#WorldSeriesChamps

End of a frustrating drought

The Drought for a championship, since 1988, finally ended for the Dodgers. They are the World Series champion because they just seized their opportunity when the Game 6 was cut short suddenly, with a sudden offensive approach against Nick Anderson, Rays reliever, in the 6th innings. They were trailing behind earlier in the game, until that sixth innings.

However, the wildest on was the Game 4. To be fair, it was not only the 8-7 stunner from the Rays’ that sealed the deal for them, they also capitalized on the disastrous mistakes that the Dodgers made throughout the game.

So how long was the Los Angeles Dodgers’ drought for a championship? Well, to put it into context, the Dodgers had played a total of 5,014 games (regular season) and 113 postseason games after their last World Series Championship title in 1988, the same year Clayton Kershaw was born in Dallas. Dodgers win World Series, this is a headline appearing after 32 years now.

He was aggressive and disruptive in his base running, he superbly defended at shortstop and most importantly, he had a spectacular .400 batting average. And he is rewarded accordingly. He is now the sixth shortstop ever to have been awarded the Most Valuable Player award.

Seager now holds the record of eight postseason home runs, only falling behind to Randy Arozarena’s ten home runs this postseason. “It couldn’t be any more special,” Corey says afterward, “its things you think about when you are a kid.” Corey is the first player to be named as the MVP in both the League Championship Series and the World Series in the same season, and only the eighth in the history of MLB.

Clayton Kershaw : the story of his redemption

The aforementioned drought wasn’t just for the Dodgers, it was for Clayton Kershaw as well, who always had a struggling time in the postseason. But he finally got his redemption, he got two wins in his two starts.

In his two starts, Kershaw allowed a total of three runs, a relief for the Dodgers’ veteran. After years of jokes about Clayton’s October struggles, he finally won it all, in October. After 19 playoffs, Kershaw eventually won his World Series trophy, and everybody is happy about it.

LeBron James tweeted about it, telling the world to show Clayton the respect he deserves now. “He deserves this,” said Daniel Haren, the former Dodgers.

Randy Arozarena hit his 10th homer this postseason, however, it wasn’t enough to save the Game 6 for the Tampa Bay Rays. Even though the Rays, lost, Arozarena didn’t. He has become the breakout star of this postseason. This 25 years old outfielder went on to become a household name from a virtually unknown. He now holds the record of the most postseason homers with a staggering 10 home runs. In comparison, Corey Seager holds the second spot, with 8 home runs.

“We had our hearts broken so many times, catcher Austin Barnes said. The Dodgers are finally over that, with a splendid World Series win. Their win completed a double championship this month. Because just this month, the Lakers, led by LeBron James, won their NBA title, a first time since 2010.

Robert Manfred: MLB is at a $8.3 billion Debt
Randy Arozarena: Onslaught continued till the very end