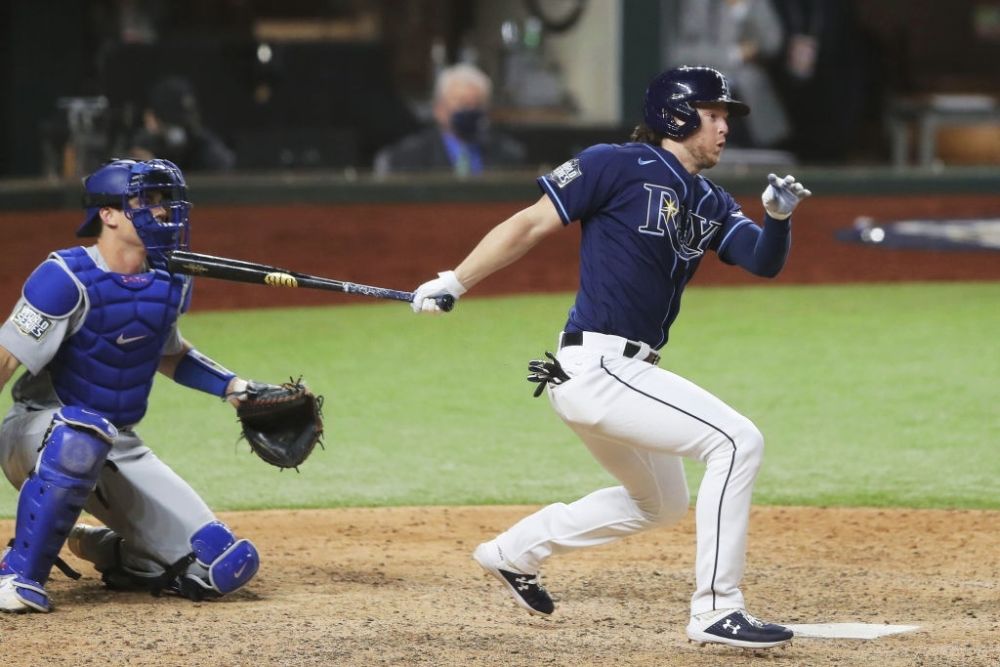 Game 4 of Rays vs Dodgers, was the wildest one of the World Series and it did have an ending to match. To be fair, it was not only the 8-7 stunner from the Rays’ that sealed the deal for them, they also capitalized on the disastrous mistakes that the Dodgers made throughout the game.

All in all, it was one of the most unlikely ending of a World Series game in the history of baseball. And with that win by the Tampa Bay Rays, the World Series is now tied at two games apiece.

The back and forth game

It was a back and forth affair, the Game 4 of Rays vs Dodgers, with a total of 15 runs scored by the two teams. In postseason history, it was the first game in which at least one run was scored, in the eight consecutive half innings.

Until the sixth innings, there wasn’t a single lead change in Game 4. The Los Angeles Dodgers didn’t score in the top of innings four but then what it seemed like, everybody scored.

In the sixth innings, the first lead change of the game happened, when the Dodgers Pedro Baez was greeted by Brandon Lowe with a three-run home run. The dodgers soon took the lead back with a two-run single by Joc Pederson, the pinch-hitter, in the seventh. Soon enough, the Rays took it back, yet again, with a solo home run by Kevin Kiermaier.

At this point, the game was tied. But after opening the eighth, Taylor doubled to left-center. After the next two outs, Seager brought a 7-6 lead to Los Angeles, which was Corey Seager’s fourth hit of the game.

In the dramatic ninth innings of Game 4, Kenley Jensen got to pitch with the Tampa Bay Rays No. 8 and no. 9 hitters due up. Starting the innings, Jensen struck out Yoshi Tsutsugo. Then Kevin Kiermaier hits a broken-bat single to right field, Arozarena brought up Phillips by working a walk. Phillips, whose last hit was in Ray’s 58th regular season game in September, was now Ray’s last hope at victory.  And he delivers, Brett Phillips ties the score with a single, and then, Randy Arozarena singles the winner, on a Chris Taylor error of course, Rays win 8-7. The postseason World Series of Rays vs Dodgers ties with two wins apiece.

In the third innings, Corey Seager’s home run was his eighth in this postseason but in the fourth innings; Arozarena scored his ninth home run for this season. Thus he now owns the record of the most post-season home runs. This rookie outfielder has been the driver for the Rays in this postseason World Series. And of course, he came up with the winning run

On Sunday we move to game 5, now the best of three series. Both the Tampa Bay Rays and the Los Angeles Dodgers will try their best to gain control of the series.

Corey Seager is powering up for his first Gold Glove
Robert Manfred: MLB is at a $8.3 billion Debt