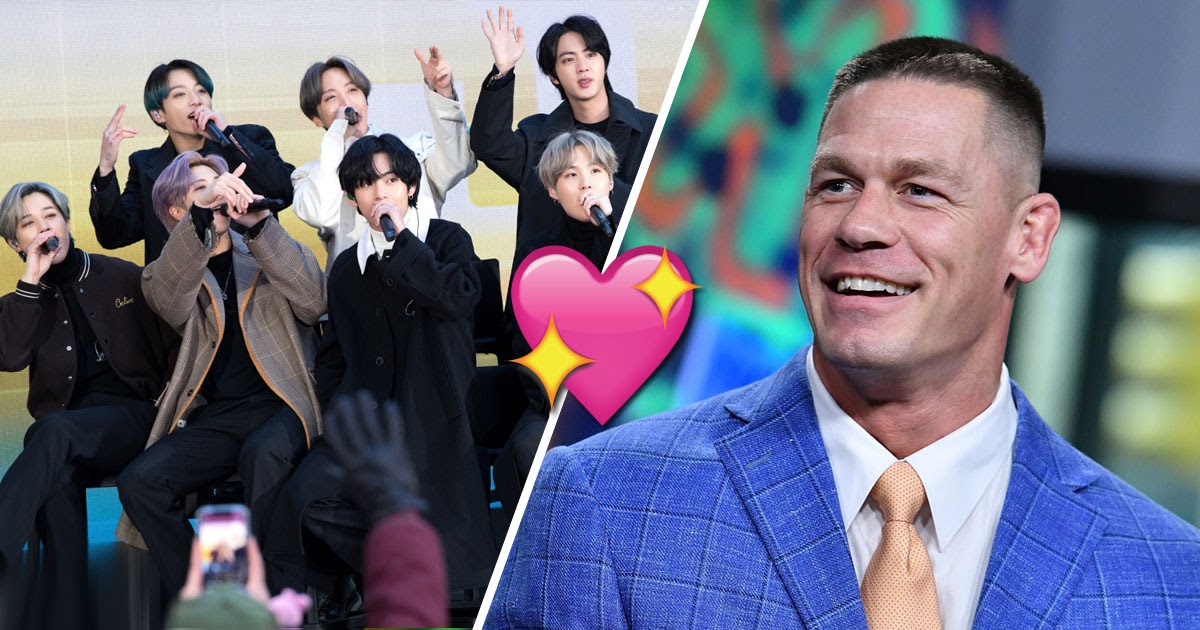 The 16-time WWE world champion and movie star John Cena has revealed a surprising fact about his self-help books. Cena proclaimed that a very popular music band and their fans helped him finish the books after he had downtime in his life.

Cena has recently authored two books titled “Do Your Best Every Day To Do Your Best Every Day” and “Be A Work In Progress: And Other Things I’d Like To Tell My Younger Self”. These motivational books are a retrospective study of Cena’s path to success and how others can emulate it.

John Cena spoke to Ellen DeGeneres about the time when he started to write the books. He was feeling vulnerable and put out a tweet regarding his struggles, co-incidentally the famous Korean boy band BTS released an album during that same time.

Cena’s tweet was about loving oneself and the concept of self-love, concurrently BTS also released an album titled “Love yourself”. The tweet was very well received by the BTS band and their “army” as the messages from the bands songs and Cena was the same.

Cena thanked the support from BTS fans as they showed love for his tweet and supported him all the way. This outpouring of fan love helped Cena write the motivational books and leave his downtime to approach a more adopt a more positive outlook on life

Here is the clip of Cena talking about how BTS inspired his motivational books: