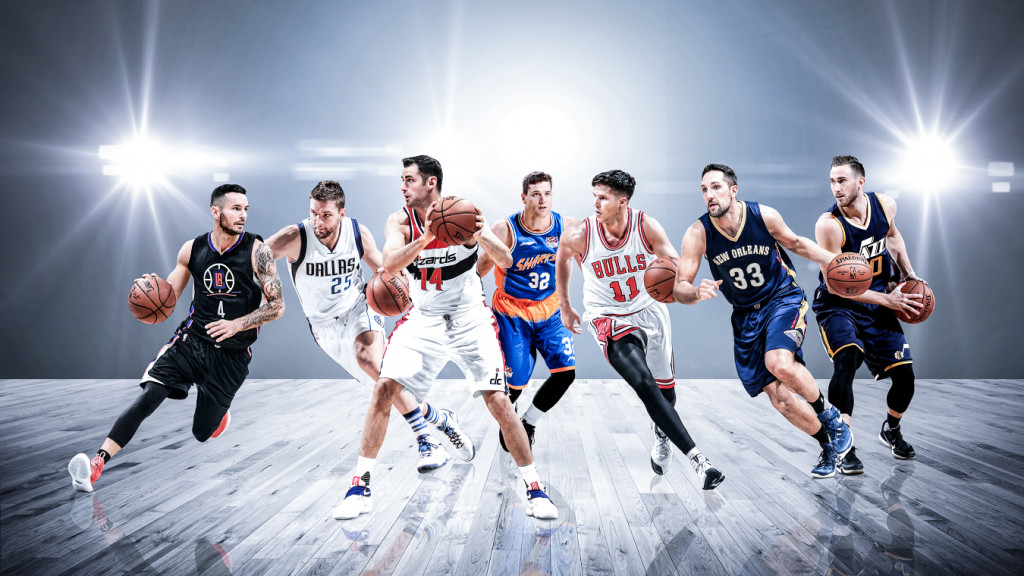 NBA is a league most dominated by a lot of African-American players but these 10 white breads have basketball in their blood and are among the best players who have ever put on an NBA jersey. Sure, they are not gifted with incredible explosiveness and athleticism but with their basketball IQ and good positioning, some of them were ranked high enough in the NBA list of best basketball players of all time.

Most white NBA players rely on outside shooting, three-pointers and creative passes to make a living in the NBA but some players like Dan Majerle and Larry Bird were fantastic scorers themselves. If you still don’t know how they play, then treat yourself to the breathtaking highlights and impressive statistics of “White Chocolate”, “Flying Dutchman” and “K-Love” by checking this list out. 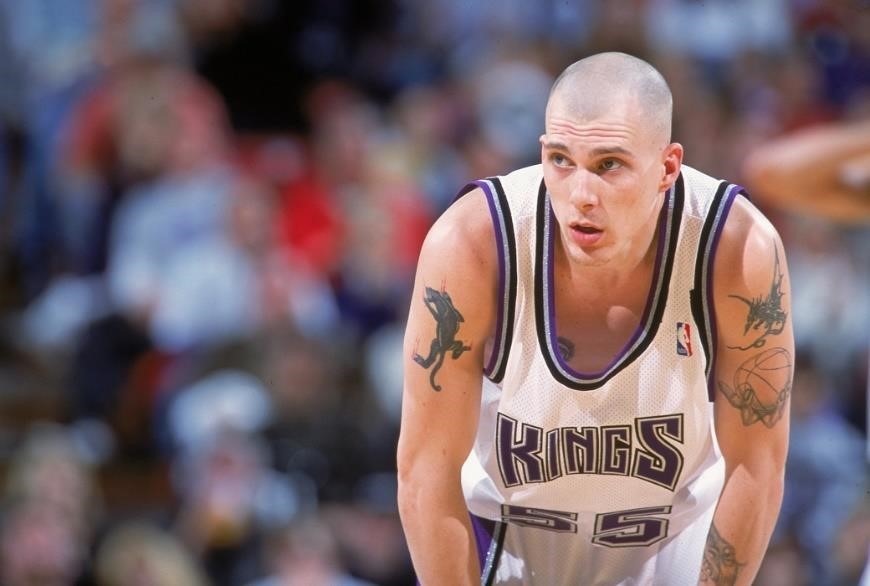 Jason Williams played from 1998 to 2011 and he averaged 10.5 PPG, 5.9 APG, 2.3 RPG during that period. Although J-Will, nicknamed “White Chocolate”, was never called up on an NBA All-Star team or shone with impressive stats, he is considered one of the most entertaining players in basketball history.

Instead of a simple chest pass, Williams would rely on ballsy elbow passes in crucial game situations. While the fans idolized him for this spectacular style, he regularly drove his coaches crazy.

In addition to the fact that his carefree style of play inspired millions of ambitious young basketball players, J-Will was a starting point guard in several renowned NBA franchises such as Sacramento Kings, Memphis Grizzlies, Miami Heat and Orlando Magic. 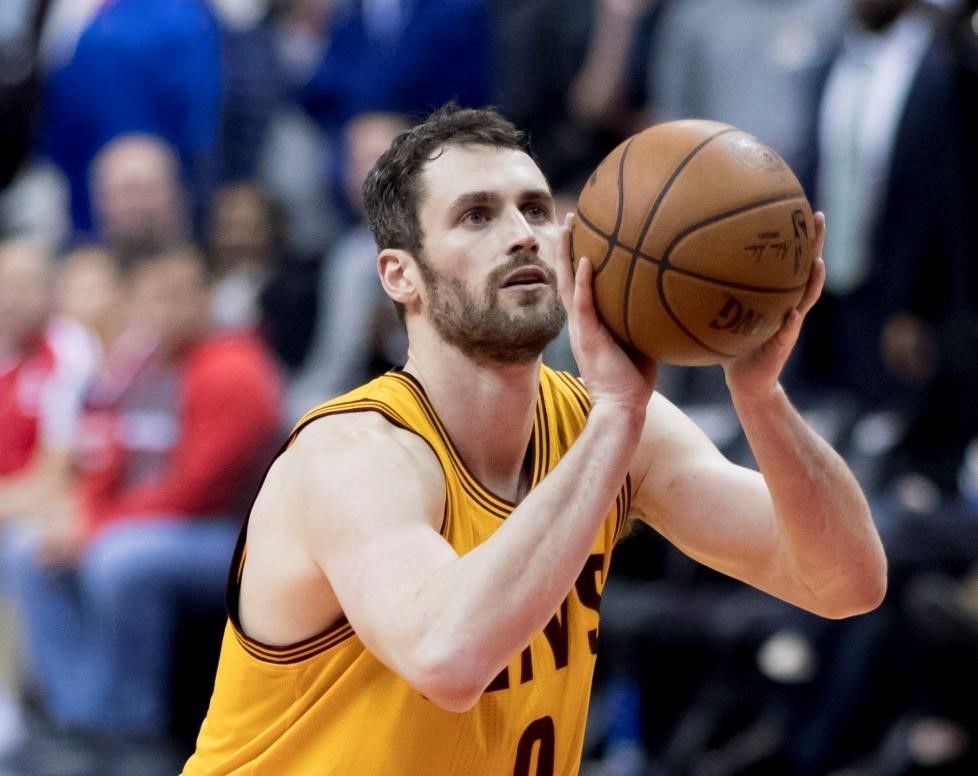 Love is one of the only two still active players in this ranking. Despite effective stats and a monstrous contract, the 28-year-old still has to fight for recognition from renowned NBA experts. In 2014, the Minnesota Timberwolves traded him to the Cleveland Cavaliers for Andrew Wiggins and Anthony Bennett. Before joining his current team, the Cleveland Cavaliers, the 2.08-meter big man was considered the new Larry Bird.

And physically, K-Love has everything to fill these big shoes. However, he still does not have the toughness and intensity that characterized the game of the Celtics legend at that time. Maybe the fact that Love grew up in an affluent suburban area in Portland while Bird had to prove himself in a tough neighborhood in Indiana explains why.

In fairness, it should be noted that Love is under a lot of pressure since he is slopping in his career right now. As long as he doesn’t shake off his “soft” way of playing, he will never be able to meet the high expectations of himself. 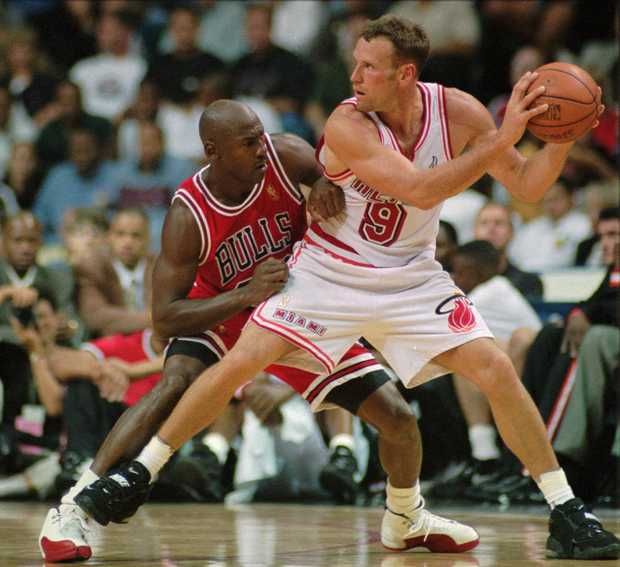 Dan Majerle has played for Phoenix Suns, Cleveland Cavaliers, Miami Heat and Phoenix Suns in his career. During his stint that spanned from 1988 to 2002, Majerle averaged a solid 11.4 PPG, 4.5 RPG and 2.9 APG. If you watched how the Phoenix Suns marched into the NBA Finals in 1993 before they were defeated by Michael Jordan-led Chicago Bulls, you would get a rough idea of what an exceptional player Dan Majerle was.

Unlike today, Phoenix Suns were a very good team back then. The Suns saw Charles Barkley winning the

MVP so there was no wonder why the Suns went on the finals. But behind that impressive season was Majerle being the second-best scorer in the team and was also inducted to his second NBA All-Defensive Second Team.

“Thunder Dan” could irresistibly move into the paint area to bluntly face his opponents, as well as sink treys in his defenders’ faces. In addition to his offensive tenacity, Dan, who could be deployed as a shooting guard and small forward was also an excellent defender. 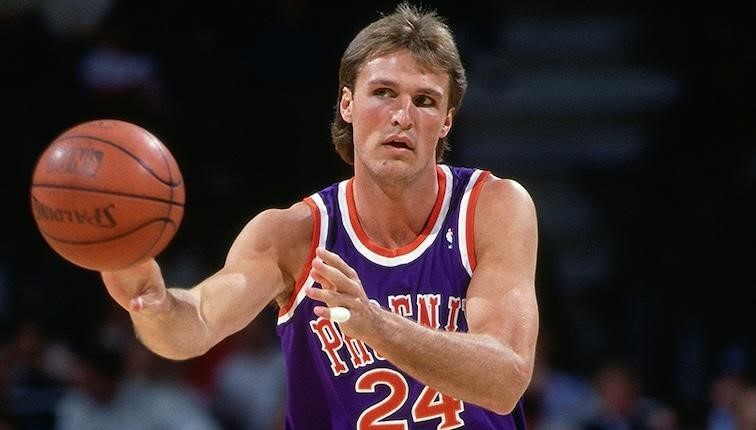 Tom Chambers played as a power forward in his 17-year NBA career which spanned from 1981 to 1997. Chambers averaged 18.1 PPG, 6.1 RPG and 2.1 APG in his heyday. An 8th pick overall in the 1981 NBA Draft, he has played for the likes of Seattle SuperSonics, Phoenix Suns, Utah Jazz, Charlotte Hornets and Philadelphia Sixers.

Chambers has had some impressive single-season statistics throughout his career. Among other things, he recorded a career-best of 27.2 points per game during the 1989-90 season.

Regardless of his scoring abilities, the Phoenix Suns legend was able to compete with the best of the best in terms of dunks. His dunking over Marc Jackson in 1989 when playing the New York Knicks is considered one of the best dunks in the history of the NBA. By the way, Chambers is the only player in the history of the National Basketball Association who did not make it into the Hall of Fame with 20,000 or more points. 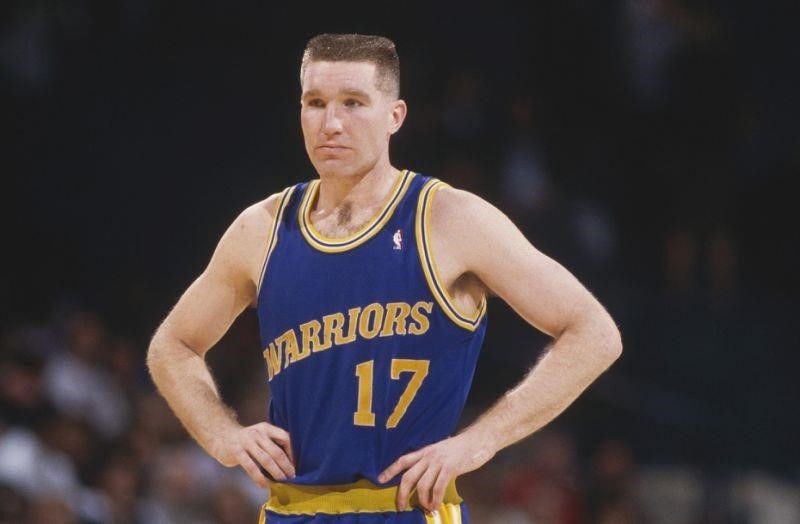 Chris Mullin is best known for playing for the Golden State Warriors but actually, he has also played with the Indiana Pacers. In a career that started from 1985 to 2001, he recorded an incredible 18.2 PPG, 4.1 RPG and 3.5 APG. Mullin was also an achieving player when playing for the USA Basketball as he won Olympic gold twice as a member of the 1984 amateur team and for the 1992 Dream Team.

Born in Brooklyn, the 1.98-meter small forward was one of the best shooters and playmakers of his generation. His unconventional style of play helped him to achieve cult status relatively quickly among basketball fans. Mullin led the Golden State Warriors which also happened to be one of the most entertaining teams in the NBA in the late 1980s and early 1990s.

One of his best excellent feats was that he scored more than 25 points and 5 rebounds consistently for 5 years. He was a part of the big 3 “Run DMC” which also included Mitch Richmond and Tim Hardaway. With his solid teammates, he brought the Warriors to 5 straight post-season appearances although they never won a ring during those playoffs run.

His excellent offensive arsenal earned him an entry into the NBA Hall of Fame in 2011. Although he wasn’t particularly quick or athletic, defenders feared his intelligent way of playing. Just like his almost inexhaustible repertoire of moves and his deadly left hand, which made him one of the best three-point shooters ever. 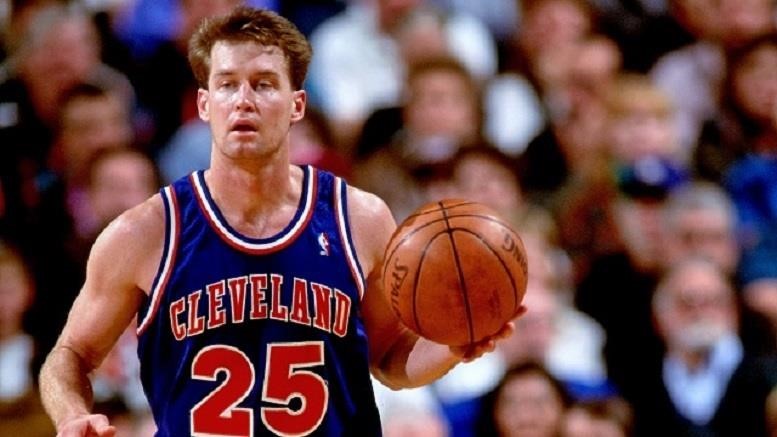 Mark Price played for the Cleveland Cavaliers, Washington Bullets, Golden State Warriors and Orlando Magic from 1986 to 1998. Price had pretty impressive stat line in which he recorded 15.2 PPG, 6.7 APG and 1.2 SPG during those years.

Before his career ended prematurely due to numerous injuries, Price was considered by many experts to be one of the most underrated point guards of all time. Although he looked more like a soft and sensitive man with his haircut, he was an extremely tough opponent and fearless leader for his Cleveland Cavaliers.

Together with the New York Knicks, the Cavs under Price were one of the few teams that could stand up to the overpowering Bulls of the Jordan era. In addition to razor-sharp shots from downtown, Price performed penetrating drives into the paint area which regularly sparked enthusiasm and joy in Cleveland. 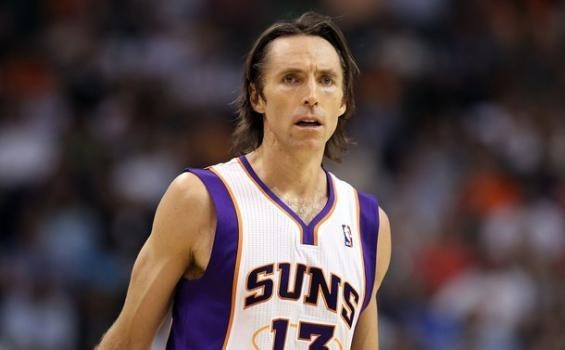 Steve Nash is one of the two foreign players in this list aside from Dirk Nowitzki. The Canadian has played for 3 teams including Phoenix Suns, Dallas Mavericks and Los Angeles Lakers. An absolutely brilliant point guard, Nash recorded 14.3 PPG, 8.5 APG and 3.0 RPG from 1996 to 2015.

Nash’s career stats have to be put into perspective, considering that he was only a benchwarmer during his first two years of professional life before his career peaked around 30 which was relatively impressive in a sport that is usually dominated by young players.

Nash and the Suns marched into the Western Conference Finals in 2005 and was the MVP that season. In the following season, Nash was awarded the MVP award again which made him one of the NBA players to have won the MVP back-to-back. The Suns legend was a regular NBA leader in assists and free-throw percentage at various points in his career.

Nash wasn’t an outstanding defensive player, but he reinvented the role of point guard when he made the Phoenix Suns one of the NBA’s most agile teams between 2004 and 2011. 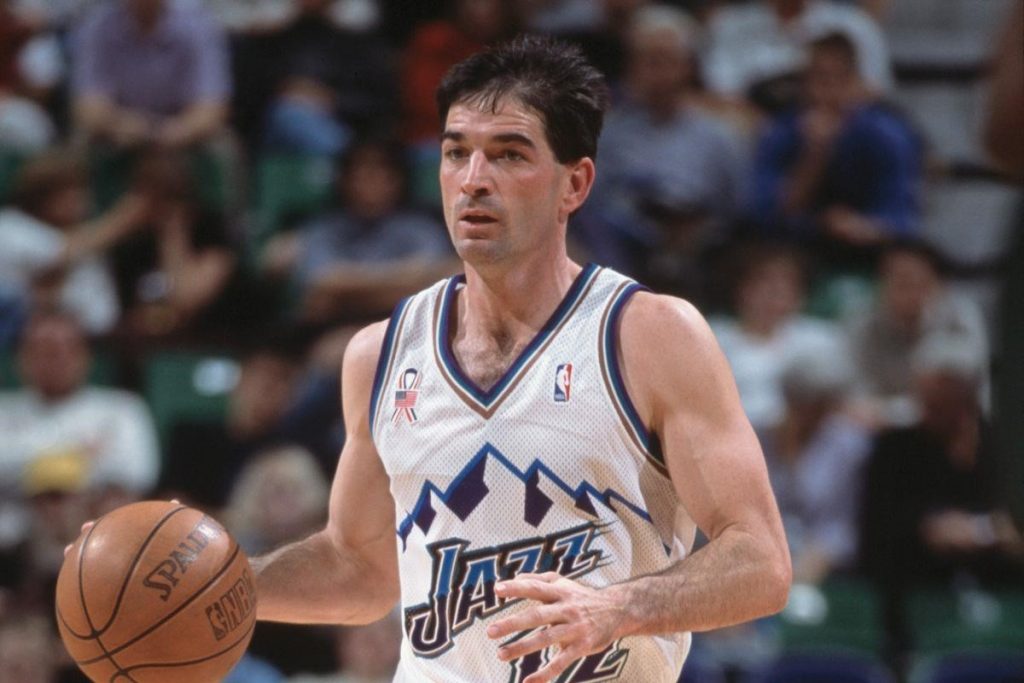 Combining John Stock and his tandem Karl “Mailman” Malone was very dangerous. With Mailman, Stockton created an absolute offensive duo that was ready to contend for the title. The only problem was that the duo of the Utah Jazz was formed during the heyday of Michael Jordan which was the reason he couldn’t win a championship ring for the rest of his life.

Stockton played quickly, intuitively, and with the necessary amount of intensity. His assists are still considered the deadliest in the history of the NBA. The claim that he is among the legends like Magic Johnson, Isiah Thomas, Oscar Robertson and many others is due to the fact that he leads the eternal NBA leaderboard in terms of both assists and steals. Stockton and Mailman made the Utah Jazz a strong contender in the Western Conference for years. 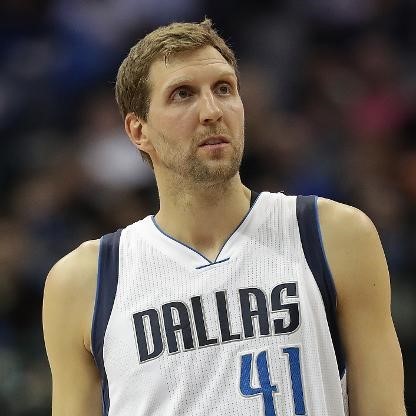 Dirk Nowitzki is a living legend. Born in Würzburg, he had laced his boots for the Dallas Mavericks for 17 years and is the franchise all-time leader when it comes to points, rebounds, field goals, three-pointers, appearances as starters, games played and minutes played.

The undisputed best German basketball player of all time broke the 29,000-point mark in February 2016 and he is the only sixth player in NBA history to achieve that feat. He currently ranks sixth in the all-time NBA ranking in terms of scoring and eighth in the all-time defensive rebounds, just to name a few of his impressive records.

Nowitzki who is listed at 2.13 meter is known as one of the best players to ever play as power forwards in the NBA history. The German was an accurate shooter as he was able to knock down three-pointers and midrange shots on a regular basis. He had a trademark move, the step back fadeaway jump shot, which was one of the hardest shots to defend. With the Mavericks, Nowitzki won the MVP in 2007 and the Finals MVP in 2011 when he won his only ring. He averaged 22.5 PPG, 8.1 RPG and 2.6 APG in his career. 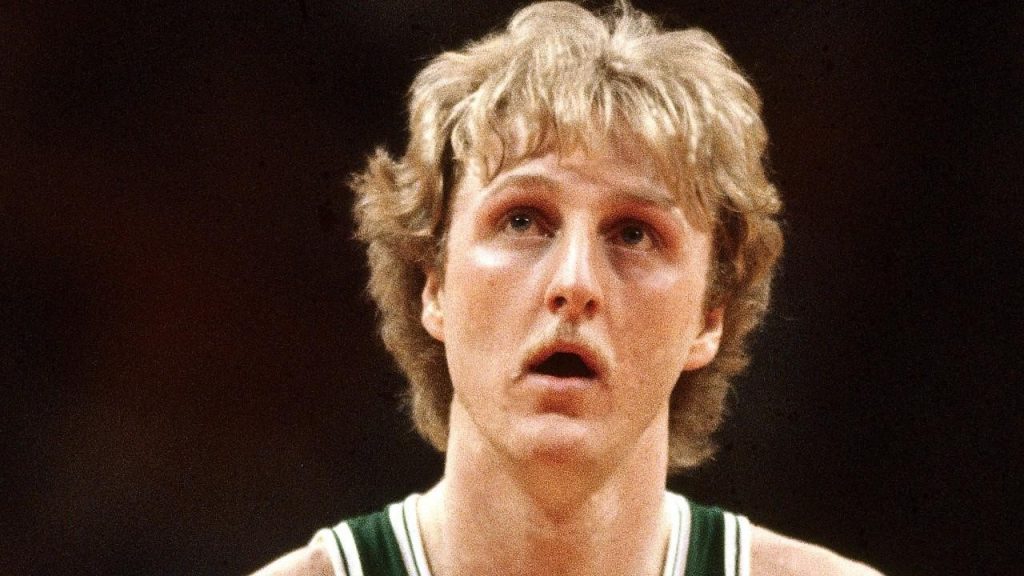 An impressive scorer, Bird averaged 24.3 PPG, 10.0 RPG and 6.5 APG. The only professional who has been able to reproduce his monstrous statistics so far is LeBron James. Larry Bird and King James have been able to celebrate with three championships to date.

His career would have been even more impressive had he not suffered a back injury in 1985 when he was building a driveway for his mother. Although he then had to go through the rest of his career in pain, he continued to record absurdly good statistics.

He grew up in poor conditions and took on the hardship on the streets of his neighborhood until he made it to the NBA and had a legendary career like his.