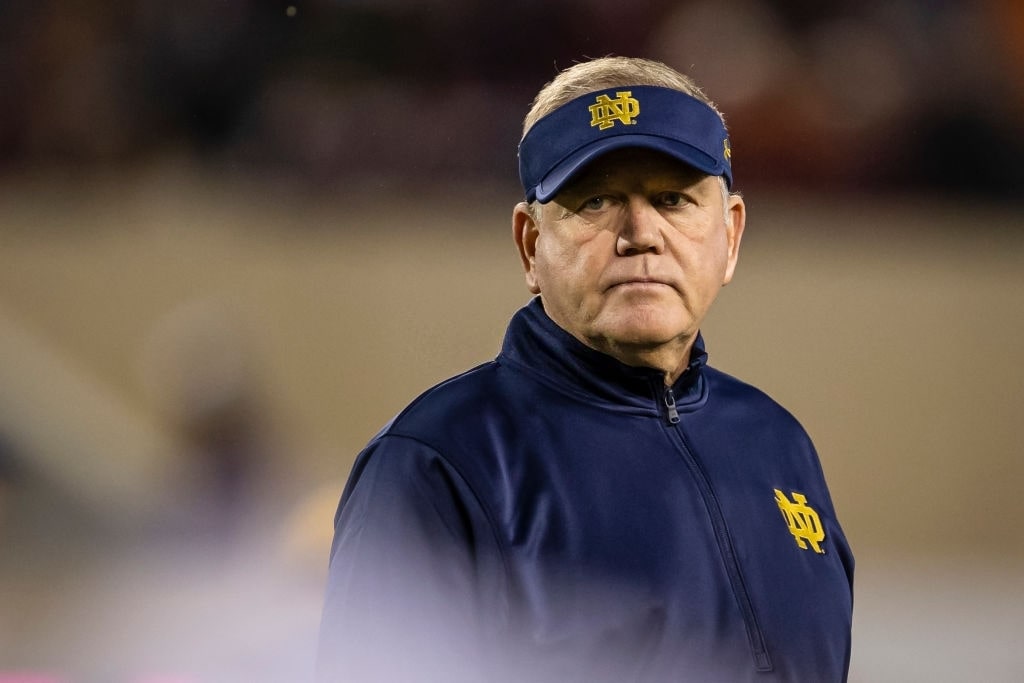 Notre Dame Fighting Irish football head coach Brian Kelly is set to join LSU for next 10 years for approximately $100 million with incentives. Sources confirmed this news on Tuesday morning and this has become a hot topic across the USA. 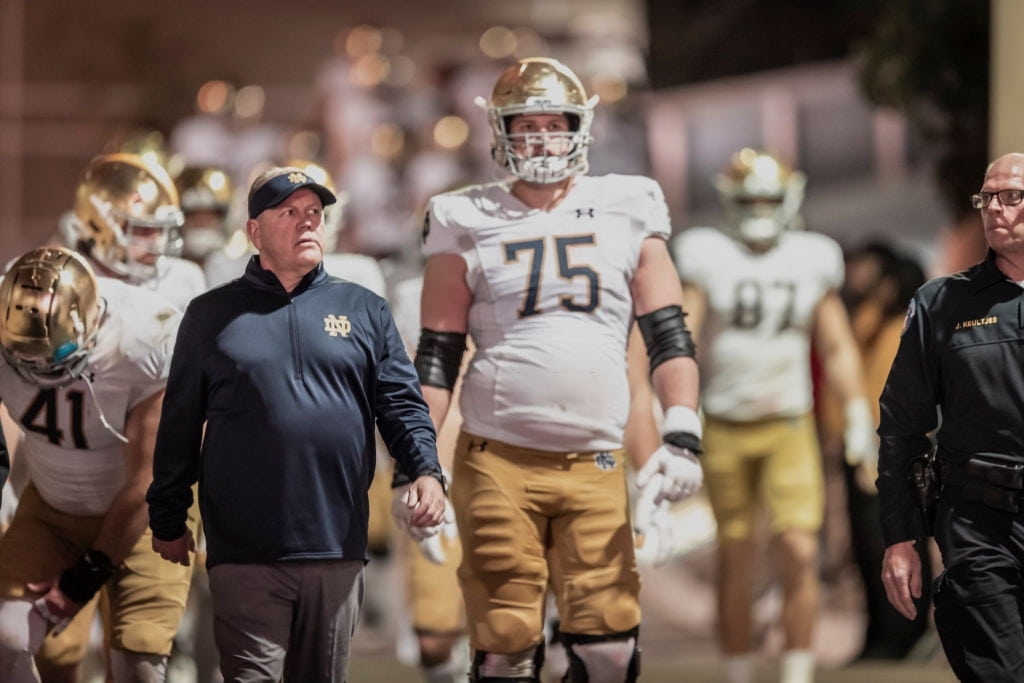 Head Coach Brian Kelly of the Notre Dame Fighting Irish football team leads his team into the stadium before the second half of an NCAA football game against the Stanford Cardinal on November 27, 2021 at Stanford Stadium in Palo Alto, California; at right is Josh Lugg #75. (Photo by David Madison/Getty Images)

There have been several news articles that mention different figures about Brian Kelly’s salaries. However, according to Matt Fortuna, Staff writer at The Athletic Kelly is signing a $100 million contract for 10 years. Further, he will also get incentives. But the incentives are not disclosed yet. The new contract for Kelly will be one of the largest this off season and it’s interesting to see if his deal stacks up against Lincoln Riley.

On the other hand, according to CBS Sports’ Dennis Dodd, Kelly will make $15 million each year at LSU as head coach.

Why is Brian Kelly leaving Notre Dame for LSU?

Kelly’s move from Notre Dame to LSU is clearly about challenging for a national championship. More specifically, it has everything to do with increased recruiting and success in football games.

Kelly has been recruiting top talent for years and would have an edge in Louisiana that no other coach at LSU can match. Nevertheless, he will be able to use the LSU rich recruiting ground.

All these reasons probably made Kelly move from Notre Dame.

Kelly has been with Notre Dame since 2010 and he made two College Football Playoff appearances in 11 years and may add one this year. Further, he is Notre Dame’s winningest coach in history this season.

As Notre Dame is a private school, they don’t expose the contract details of the coaches. However, as per different sources Kelly earns around $2.67 million annually at Notre Dame.