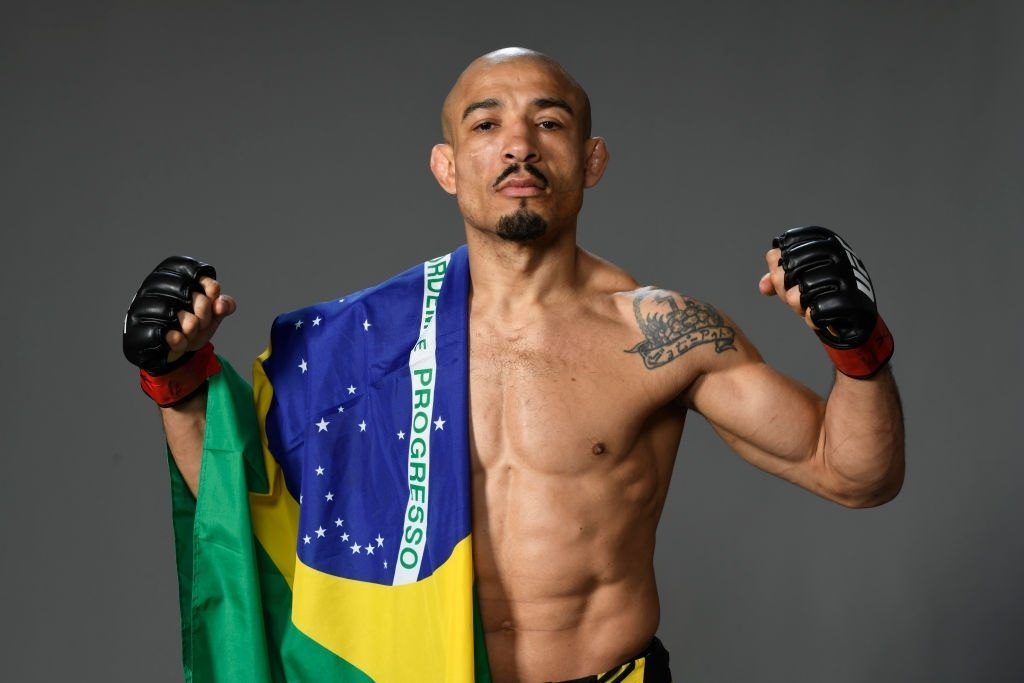 Jose Aldo is a former Featherweight champion and currently fights in the Bantamweight division of the UFC. Also known as “Junior” and “The King of Rio”, he has established himself as one of the greatest ever in his division and the sport.

Throughout his career, Jose has been one of the most stand-out performers in the sport. He is known for defending his WEC and then the UFC Featherweight championship 10 consecutive times. To date, Aldo remains one of the most dominant champions in any UFC division ever.

Known for his superb cardio and knockout ability, Aldo is sure to have made good money from his fights. Thus, the only question in people’s minds will be: How much did he earn? Let’s examine Jose Aldo career earnings through salary, purse, payouts, bonuses, incentive pay, sponsorship & what his net worth is. 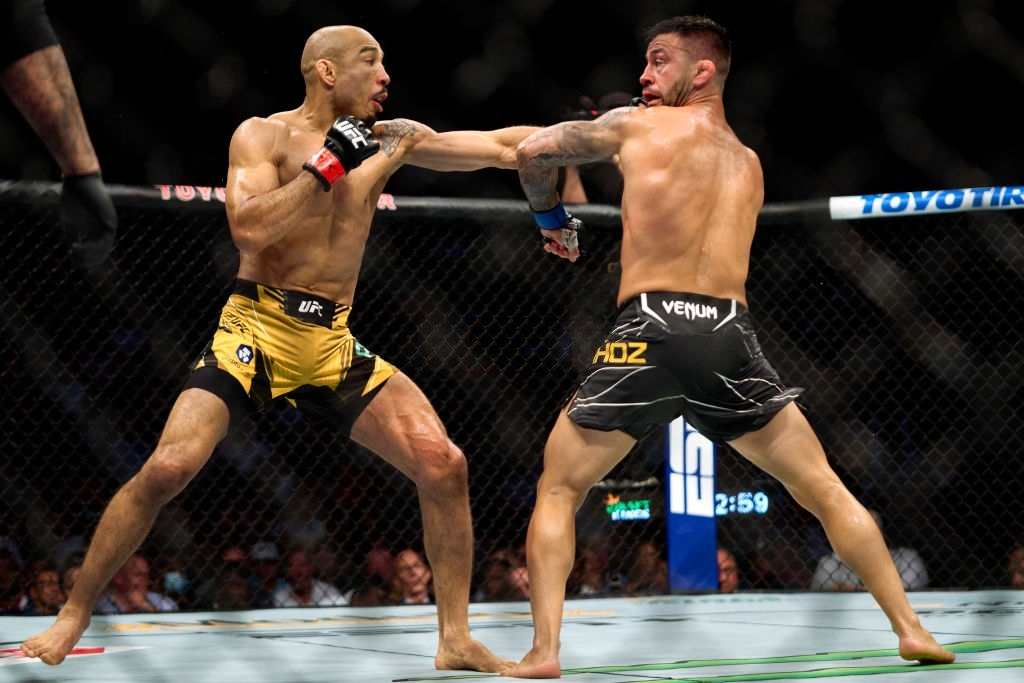 Jose Aldo of Brazil punches Pedro Munhoz of Brazil in their bantamweight bout during the UFC 265 event at Toyota Center on August 07, 2021, in Houston, Texas. (Credits: Getty Images)

Secondly, Jose’s salary, incentive pay, and PPV revenue from his upcoming fight with Rob Font are yet to be released. Hence, you can check back here for updates. With all that out of the way, let’s begin. 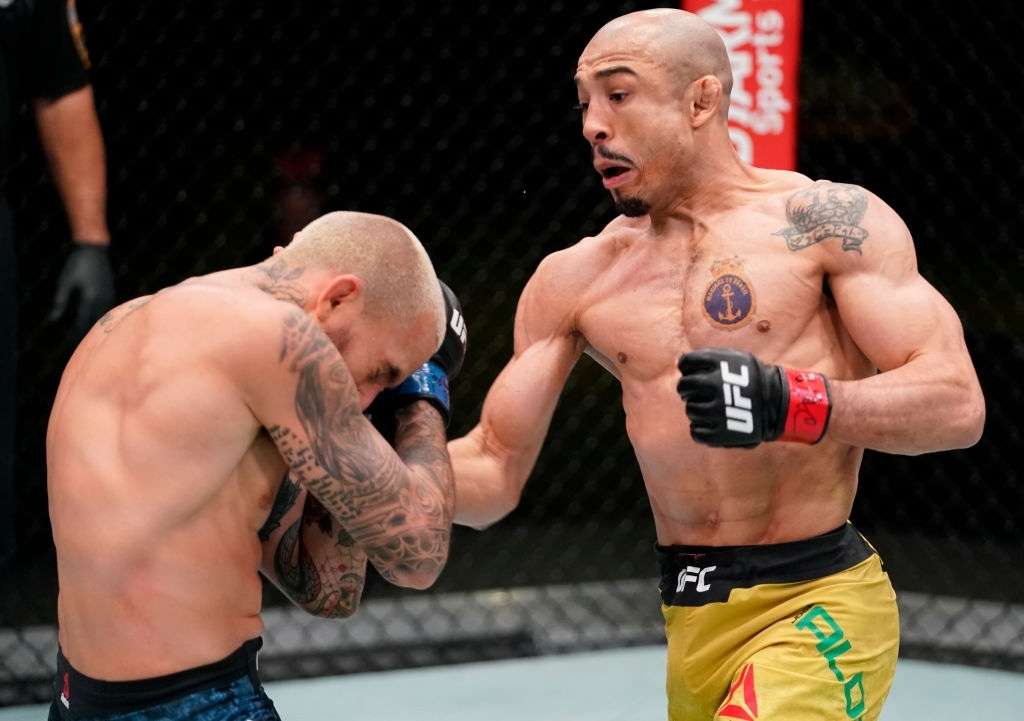 According to reports, Jose Aldo’s Net Worth sits at around $10-10.5 million in 2021. For the most part, Jose makes most of his killing plying his trade inside the Octagon but also from his lucrative endorsement deals. Currently, the Brazilian fighter is sponsored by Venum, Crypto.com, ZeDelivery, Bluefit Academia, Activision, PichauOfficial, and more.

As mentioned above, Aldo’s earnings from UFC ( includes pay, salaries, earnings, bonuses) amount to $9,077,333. However, Jose began his career fighting in TFC, GFC, JF, FX, MECA, RMC, Shooto, and EF.  Thus, if we take into account the prize money from these fights, Jose’s total earnings from MMA amount to $10 million.

With his career still surprisingly blooming, the 35-year-old’s influence is expected to keep increasing,  making him a very marketable athlete. As such, you can expect a significant increase in Aldo’s endorsement earnings in the coming years. Moreover, “The King of Rio” will look to increase his Net Worth, even more, when he takes on Rob Font at UFC Vegas 44.